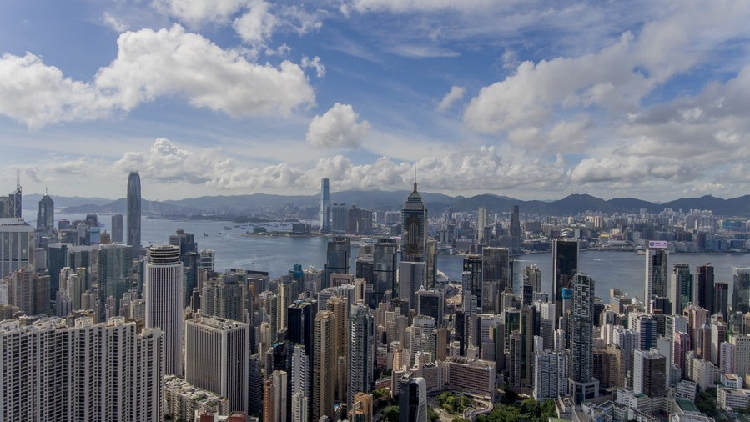 The Improving Electoral System (Consolidated Amendments) Bill 2021 was first brought to the LegCo on April 14.

The bill's passage followed related amendments made at the state level by the country's top legislature earlier this year.

The Standing Committee of the National People's Congress adopted on March 30 the amended Annex I and Annex II to the HKSAR Basic Law, which concerns methods for the selection of the HKSAR chief executive and the formation of the LegCo.

Hong Kong is expected to hold elections of the Election Committee and the LegCo on September 19 and December 19 this year, respectively, and the chief executive election on March 27, 2022.

The spokesperson for the Hong Kong and Macao Affairs Office of the State Council on Thursday called the bill's passage an institutional achievement in ensuring law-based governance in Hong Kong, saying a new chapter of good governance will be opened.

The spokesperson said the endorsement of the Improving Electoral System (Consolidated Amendments) Bill 2021 – which contains amendments to local electoral laws – marks the full completion of the local legislative work on improving the HKSAR's electoral system.

Noting that the local legislation process was completed in less than two months with high quality and efficiency, the spokesperson said it fully reflects the responsibility of the HKSAR government, the LegCo and various sectors of the community to uphold constitutional order.

It also shows a new trend of the executive authorities and the legislature of the HKSAR moving in the same direction and interacting in a positive manner, the spokesperson added.

The spokesperson also said a new order of "patriots governing Hong Kong" has been established in the HKSAR. "Under this new order, 'patriotism and love Hong Kong' have become a common political philosophy and value to be pursued by those who govern Hong Kong."

The spokesperson believed that the chaos that endangers the political stability and regime security of the SAR will be effectively managed afterwards, and the democratic political system of Hong Kong will develop steadily in a healthy and orderly manner.

A democratic, open and progressive bill

The Liaison Office of the Central People's Government in the Hong Kong Special Administrative Region Thursday also released a statement highlighting the democracy, openness and progressiveness of the bill as it reflects the wide consensus of the Hong Kong society and heeds the opinions of lawmakers and people from all walks of life.

"The new electoral system concerning elections of the Election Committee, the Legislative Council (LegCo) and the chief executive has taken shape and will be fully implemented," the statement read.

The office pointed out that the amended laws safeguard the constitutional order of the HKSAR set by the Constitution and the HKSAR Basic Law, implement the principle of "Hong Kong people administering Hong Kong" with patriots as the main body, and guarantee Hong Kong permanent residents' right to vote and stand for election.

The office also stressed that the law-making process is democratic and abides by the rule of the law.

According to the statement, the SAR government held multiple seminars and used media platforms to explain the legislation to the public and listen to opinions from various sectors, and the LegCo collected advice from the public and prompted the government to make 369 revisions to the bill.

The statement concluded by emphasizing that the life of a law lies in its implementation. "It is believed that with the joint efforts of the SAR Government and various sectors of Hong Kong society, the new electoral system in Hong Kong will definitely be fully implemented."