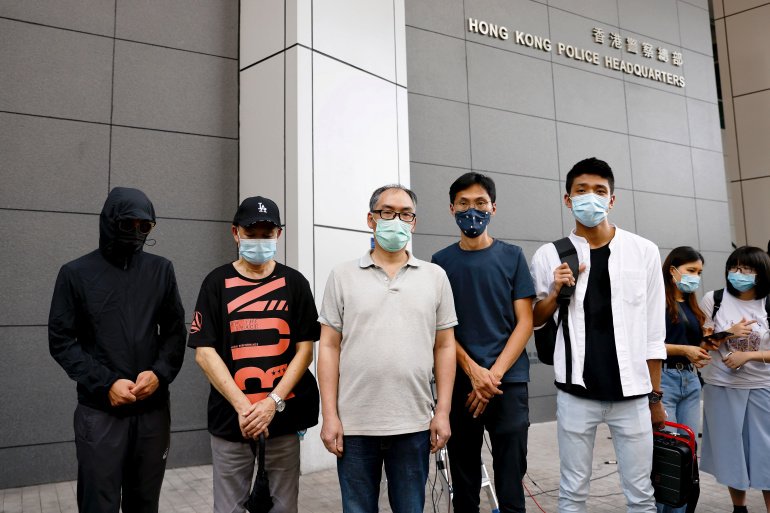 Opposition politicians in Hong Kong have staged a protest in the city’s legislature, calling for the release of 12 activists arrested at sea by China as international concern grows over the status of the detainees.

About a dozen members of Hong Kong’s legislature surrounded Chief Secretary Matthew Cheung on Friday, demanding he meet the detainees’ families and try to bring them home.

“Release the 12 Hong Kongers immediately,” the politicians shouted, holding up placards with the same message and delaying the start of Friday’s session.

The 12, who include a 16-year-old, were arrested on August 23 shortly after they set off from Hong Kong in a boat bound for self-ruled Taiwan.

Chinese police have said the detainees, who are being held in the southern city of Shenzhen, were suspected of illegal border crossing and they have been labelled “separatists” by China’s foreign ministry. Hong Kong authorities say they are all suspected of crimes in the territory related to the anti-government protests that erupted last year.

The families of some of the 12 held a news conference on September 12, masked and hooded to avoid identification, and made a plea to Chinese authorities to allow the detainees to contact family members and be represented by independent lawyers. 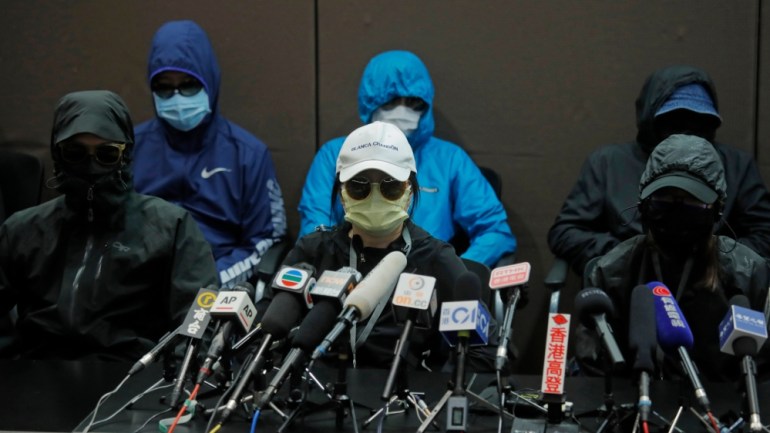 China’s legal system is controlled by and loyal to the ruling Communist Party, meaning courts do not usually challenge party or government accusations.

Mainland authorities have said the legitimate rights of the 12 were being protected according to the law. Hong Kong’s government has said it cannot interfere on their behalf and they must face legal proceedings in China before they can come home, although it has said it is willing to provide “feasible” assistance to their families.

He added: “The immigration department and security bureau are the professional department to handle the matters. Senior management will continue to pay attention to the incident.”

The detainees include Wong Wai-yin, a 29-year-old unemployed mechanic who is facing criminal charges of manufacturing explosives. His wife told Reuters News Agency that Wong wrote a farewell note before his departure, saying: “I am sorry and thanks for accompanying me throughout the years.”

Wong’s wife, who feared the worst after reading the hand-written note, said her “heart lit up” when she heard that he was still alive. “But soon I became very nervous,” she said, fearing her husband would not receive fair treatment in mainland China.

She hired a lawyer on the mainland to represent Wong, but told Reuters her husband has not been allowed to meet him.

The incident has become another flashpoint in US-China relations, and added to tension between Beijing and Taiwan. Secretary of State Mike Pompeo said earlier this month that the United States was deeply concerned about the case, noting the detainees had been denied access to lawyers of their choice.

In Geneva on Wednesday, Western diplomats and academics urged China to clarify the status of the 12 detainees.

“Twelve Hong Kong democracy activists arrested in August off the coast have been denied access to lawyers of their choice. Local authorities have yet to provide information about their welfare or the charges against them,” said Mark Cassayre, deputy US ambassador.

Steve Tsang, an expert in Hong Kong and Chinese politics at the School of Oriental and African Studies (SOAS) at the University of London said “none of them have been accorded the normal legal rights that they would expect to enjoy as Hong Kong citizens”.

A senior Chinese official, speaking at the event, said the 12 were entitled to access to lawyers and the presumption of innocence, but did not say whether they had seen lawyers of their choice.