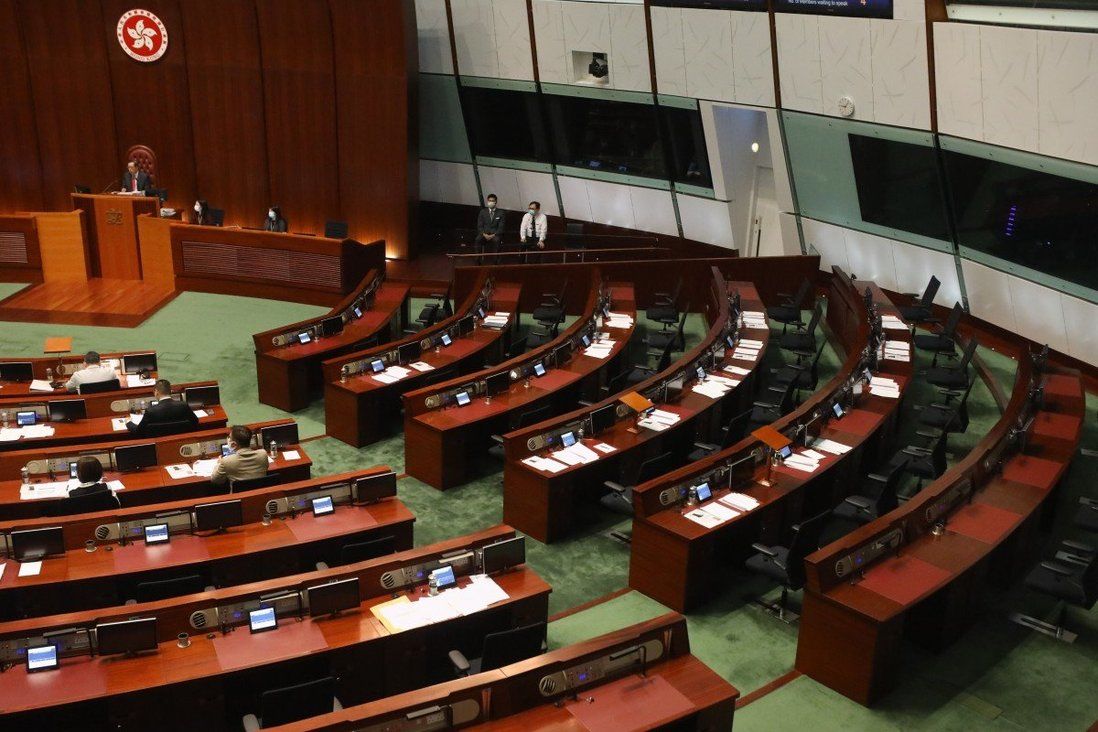 Lawmakers can work through the necessary legislation underpinning the reforms with extra sittings and by relegating other bills, Lam says.

Hong Kong leader Carrie Lam Cheng Yuet-ngor has vowed to fast-track the local legislation required for delivering the Beijing-decreed overhaul
of the city’s electoral system, suggesting lawmakers can accelerate the process by holding extra meetings and setting aside other business.

The chief executive also said on Tuesday that an omnibus bill allowing the government to amend several ordinances in one go would be tabled in the Legislative Council to help simplify the undertaking, given the proposed restructuring requires changes to more than 20 pieces of legislation.

“We have to hold three elections in the coming 12 months,” Lam said, referring to the now-postponed Legco polls, the Election Committee race and the chief executive contest.

“I believe that lawmakers and members of the public would not want to see that these elections could not be held, especially the chief executive election, which has to be held by the end of next March.”

Zhang Xiaoming, deputy director of the State Council’s Hong Kong and Macau Affairs Office, also told a group of officials and pro-establishment figures in a closed-door meeting on Tuesday that Beijing had to take the lead on the overhaul.

Zhang, who is among the team of Beijing officials currently in town for three days of consultative talks on the electoral overhaul with key figures in the city, suggested the reform would not have materialised if it was conducted based on the usual five-step procedure, under which the local administration would have to secure the support of at least two-thirds of lawmakers for its proposals.

The National People’s Congress (NPC) passed a resolution last Thursday paving the way for the overhaul of the electoral system. Critics have slammed the move as an attempt to decimate the city’s opposition.

Lam promised that a bill would be put forward once the NPC Standing Committee had endorsed the detail of the proposals, which could come by the end of this month at the earliest.

A dedicated team of officials from the Constitutional and Mainland Affairs Bureau and the Department of Justice had already been established for the task, she said. But Lam refused to set a deadline for the passage of the bill, saying that would be “disrespectful” to the legislature. 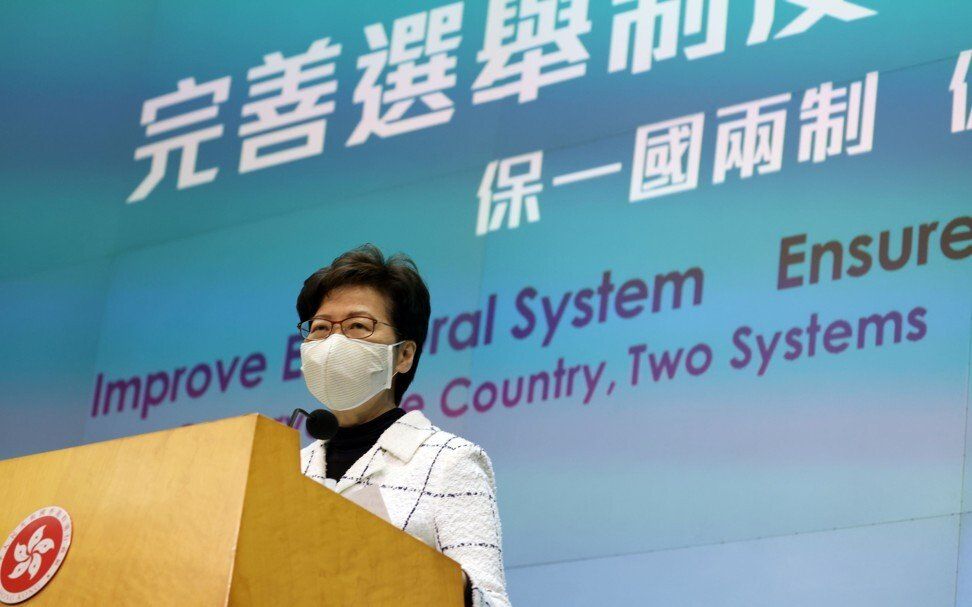 Tam Yiu-chung, the city’s sole delegate to the standing committee, the nation’s top legislative body, said over the weekend the local legislation should be completed by May.

Lam said she had been discussing with Legco president Andrew Leung Kwan-yuen how to reserve enough time for the bill’s scrutiny, including the possibility of holding extra meetings and setting aside other parts of the legislative agenda.

“The government will also fully cooperate with the scrutiny. I have already ordered my colleagues to respond to lawmakers’ inquiries in one or two days, while usually it would take around a week,” she said. “This will help boost the efficiency of the scrutiny.”

Leung said no meetings had been arranged in the three consecutive weeks from the end of March, adding he would be happy to arrange extra sittings of the legislature if the government tabled the bill during that period.

Lam also revealed she had met Zhang on Monday night.

She said she had already shared her views with Beijing on how to reform the elections system, but added it would not be appropriate for her to disclose them to the public.

At the core of the proposals endorsed by the NPC are plans to expand and give more power to the Election Committee, which selects the city’s leader and is already dominated by the pro-establishment camp.

Its membership will be increased to 1,500 by adding 300 Beijing loyalists. The committee will also have new powers to nominate lawmakers and send some of its own representatives to Legco, which will be expanded to 90 seats from the current 70.

Pro-establishment heavyweight Jasper Tsang Yok-sing, a former Legco president, said he believed that Beijing would be more willing to consider allowing universal suffrage after the proposed electoral changes were adopted.

“I have become more optimistic now,” Tsang said. “The [new] system will guarantee patriots will be chosen to administer Hong Kong. In this sense, what is the problem with allowing universal suffrage?

“Now the criterion of being patriotic … is incorporated in our election system. Then, maybe the central government may be more willing to allow the electoral system to move forward [in the direction that] we will have more and more directly elected seats.”

Tsang also said a legislature dominated by pro-establishment forces did not mean there would not be opposition views in the council, or that the public’s views would be ignored. He added that even the Election Committee would have to face pressure from the public if the lawmakers they elected to the council did not do well enough.

He believed Beijing turned more determined to “fix” Hong Kong’s electoral system after the landslide victory of the opposition camp in the 2019 district council elections.

On Tuesday, lawmakers, Executive Council members and former local deputies to the NPC and the Chinese People’s Political Consultative Conference, who attended the second day of the sessions, expressed diverging views on the ratio of seats in the expanded 90-strong Legco.

Executive councillor Wong Kwok-kin, also a lawmaker of the Federation of Trade Unions, told Beijing officials that seats for functional constituencies should be drastically reduced to 20 from 35, while geographical constituencies should take up 30 seats and the Election Committee make up the biggest force of 40 members in Legco.

“Society needs a significant ratio of directly elected lawmakers to supervise the government and reflect citizens’ views,” said Wong, adding some functional constituencies, such as medical and health services, could be combined into one.

His view diverged from that of his party colleague Stanley Ng Chau-pei, who dropped an aggressive proposal a day ago by suggesting the Election Committee should take up 50 seats while only 20 seats should be directly elected.

Pro-establishment lawmaker Michael Tien Puk-sun, an NPC delegate who earlier proposed to have 30 Legco seats returned through direct elections in geographical constituencies, also admitted it was unlikely Beijing would accept his plan.

He pointed to the earlier remark by NPC Standing Committee vice-chairman Wang Chen, who said “a large proportion” of Election Committee members would be allocated to Legco.

“A fair share of power among the three forces will be more acceptable for Hongkongers,” he said. “Otherwise, citizens will be unmotivated to vote.”

Although Lam refused to give her take on how the new Legco should be divvied up, she did drop a strong hint the Election Committee would play an important role in the legislature.