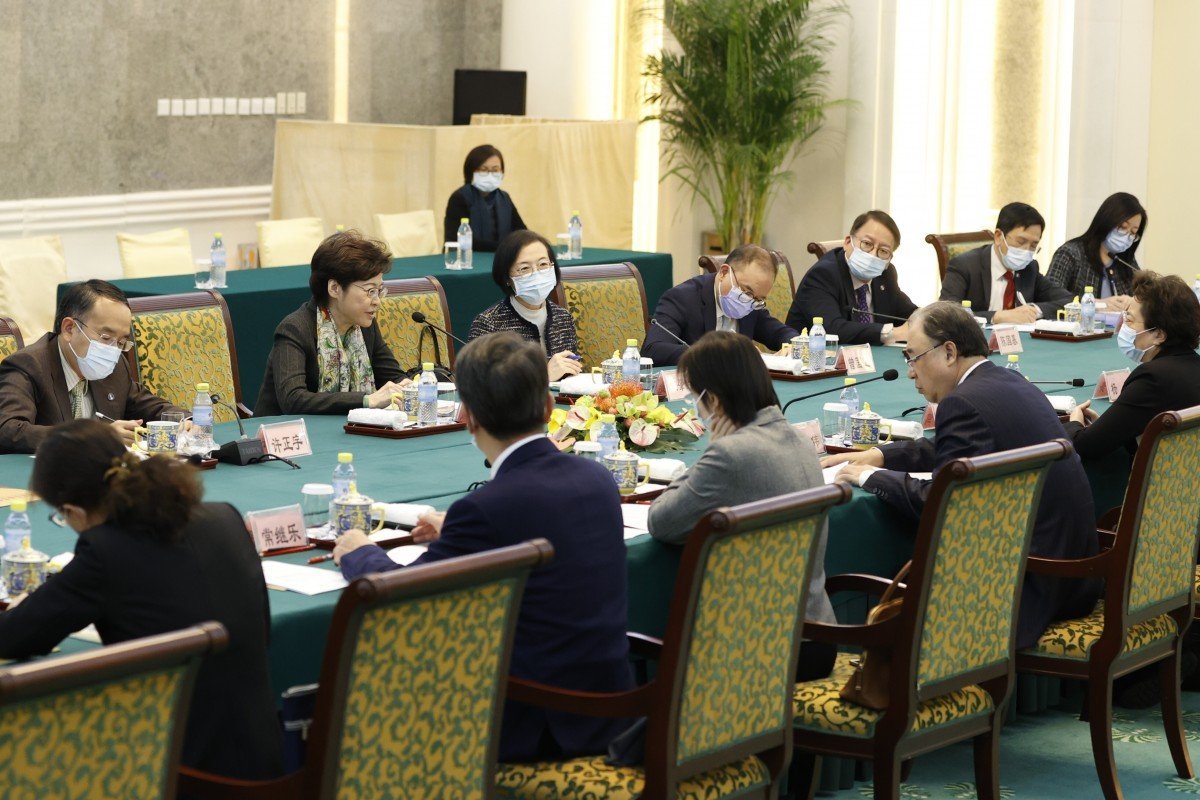 In the meetings, Lam is said to have discussed greater cross-border finance links, the coronavirus pandemic and the city’s integration into national development.

The meetings came a day before Lam was expected to meet Vice-Premier Han Zheng on Friday morning before travelling to Guangzhou later in the day for meetings with the leaders of Guangdong province and Shenzhen on Saturday.

Han, the seventh-highest-ranking official in China, is the state leader in charge of Hong Kong affairs and the Greater Bay Area plan – a scheme that seeks to integrate Hong Kong, Macau, Shenzhen and eight other Guangdong cities into a finance and technology hub. 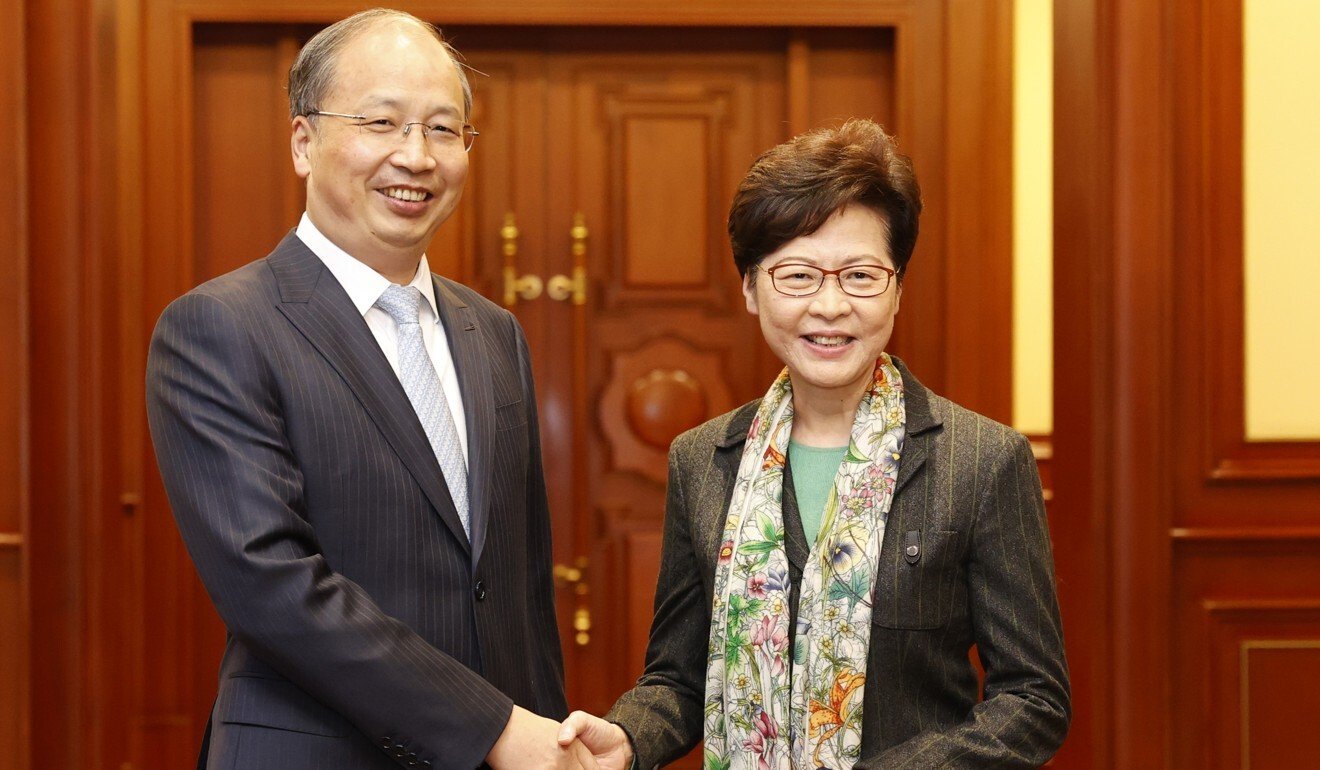 During her meeting with Yi Huiman, chairman of the securities watchdog, Lam expressed her hope for more support from the mainland for the development of Hong Kong’s financial sector, such as offering more financial products and expanding cross-border stock trading links.

Lam also thanked the mainland for its support for Hong Kong’s fight against Covid-19 during her meeting on Thursday afternoon with Ma Xiaowei, head of the National Health Commission.

“[Lam] said the epidemic in Hong Kong was getting stable and she expressed hope for the gradual resumption of the cross-border flow of people between the mainland and Hong Kong as soon as possible,” a government statement released on Thursday said.

At her meeting with He Lifeng, chief of the National Development and Reform Commission, Lam also said she was encouraged to learn of the central government’s explicit pledge in its 14th five-year plan proposals to support the integration of Hong Kong and Macau into national development, the statement added.

The statement, however, did not mention the ministers’ responses. 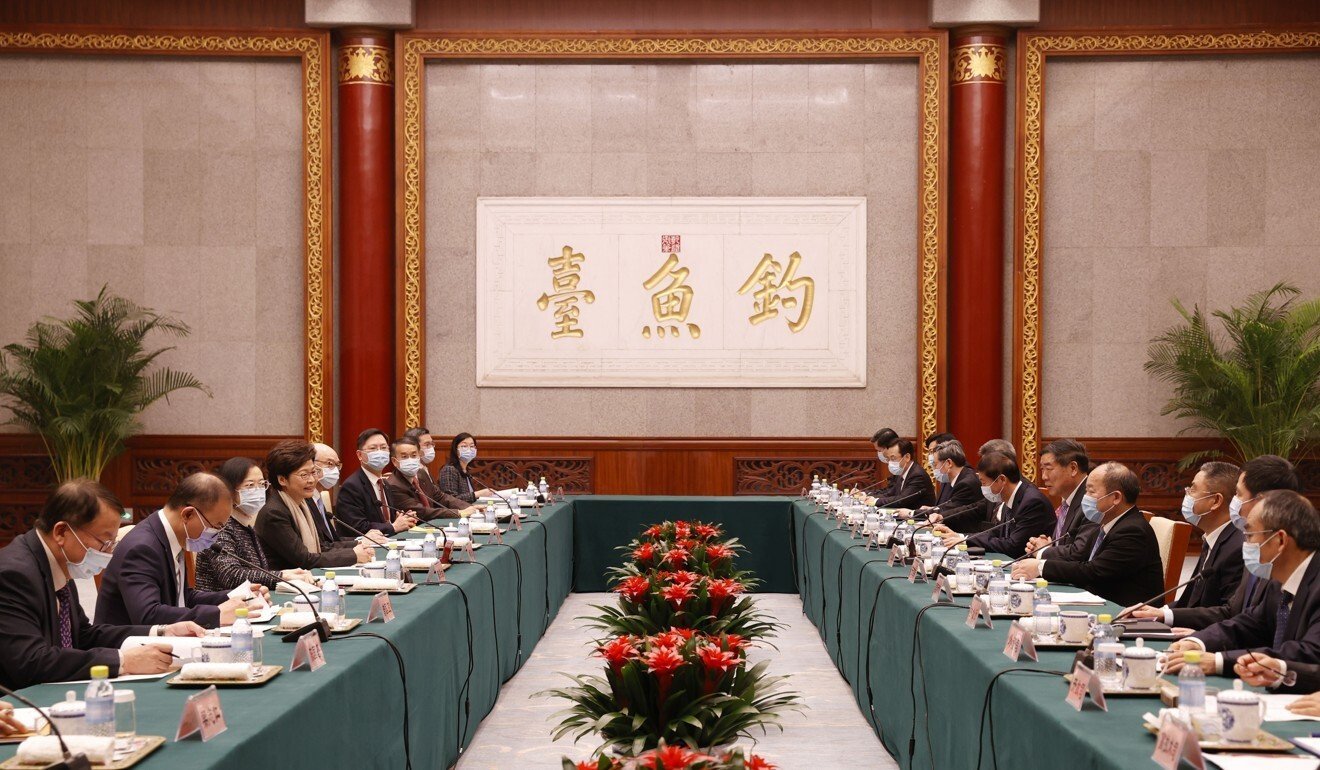 Back in Hong Kong, lawmaker Christopher Cheung Wah-fung, who represents the financial services sector, said he hoped Lam had asked Beijing to give the green light to setting up a new mechanism to help financial institutions, including securities companies, open branches in the cities included in the bay area project.

“It would be great timing to explore new measures to deepen Hong Kong’s financial integration with the bay area,” he said.

But pro-Beijing lawmaker Wong Kwok-kin, an adviser on Lam’s de facto cabinet, the Executive Council, said the economy would only improve if the border were reopened.

“The health code system is vital for economic revival, and many Hong Kong people want to be able to travel to and from the mainland again,” he added.

Before flying to the capital on Tuesday, Lam had said that a resumption of cross-border travel between Hong Kong and the mainland would be the “most important” issue on her wish list during the trip.