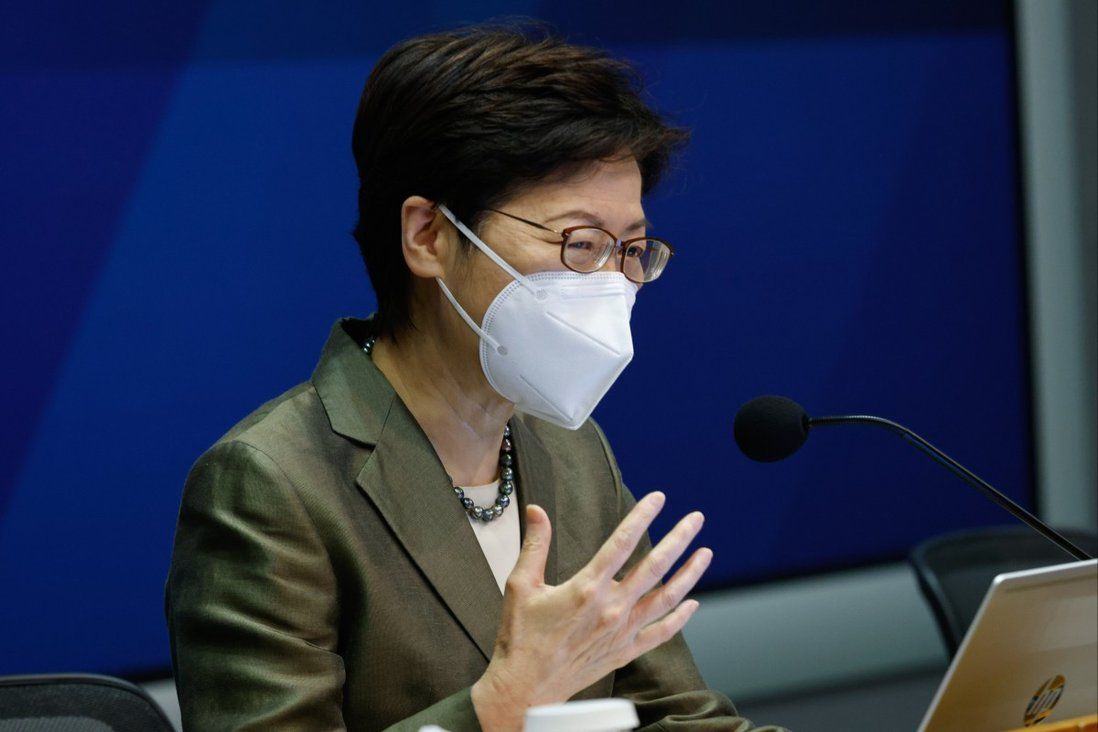 Sharp contrast between Beijing’s response to city leader Carrie Lam’s decision and reaction to departure of her predecessor Leung Chun-ying in 2016.

Hong Kong’s incumbent leader has shrugged off Beijing’s rare silence over her choice not to seek re-election, saying that she did not need any official responses from the central government regarding her decision.

Chief Executive Carrie Lam Cheng Yuet-ngor also stopped short of naming who would take up the post of chief secretary until the end of her term, after former No 2 official John Lee Ka-chiu resigned a day earlier to join Hong Kong’s leadership race.

Instead, Lam said that she would leave the decision to the central government.

Beijing’s response to Lam’s move has contrasted with its reaction when her predecessor Leung Chun-ying announced he would not seek a second term due to “family reasons”.

Half an hour after Leung revealed his decision on December 10, 2016, the State Council’s Hong Kong and Macau Affairs Office (HKMAO) and Beijing’s liaison office in the city issued separate statements expressing “deep regret” over the move and recognised his contributions to “safeguarding national sovereignty and security”.

Five years later, the two mainland agencies have remained silent after Lam said on Monday that she would not seek re-election.

At her regular press briefing on Thursday, Lam was asked if Beijing’s silence was a sign of dissatisfaction with her performance as city leader.

“My decision not to seek a second term is my decision, so why does anybody have to make a public response to my decision?” she rebutted.

“I welcome my friends and supporters who sent me messages saying they appreciated what I have done in my term. But there is no need for any official responses, from any government, including the [central government].”

On the morning of the same day, Lee was seen at Wan Chai’s Central Plaza, the location of his campaign headquarters, as several potential members of his election team came to light.

Asked who would act as Lee’s replacement until the end of the current administration’s term, Lam only said the government would continue to operate as normal.

“Don’t worry, everyone. Work will continue to be done without a chief secretary for the time being,” she said.

When it was revealed during the 2017 race that then city leader Leung had accepted Lam’s resignation as chief secretary, Matthew Cheung Kin-chung, the labour minister at the time, was named as her replacement in the same public statement.

But Lam noted on Thursday that the arrangement was different from before, saying: “This time, I think it is more appropriate to leave it to the central government to consider in one go.”

The incumbent leader was also asked who would succeed Lee as the head of a vetting committee that reviews candidates’ eligibility for office, with Lam only noting that the body’s chair did not have to be the chief secretary.

She added that she would make further appointments to the committee so it could do its job in the build-up to the May 8 leadership race.

Lam also declined to say whether she supported Lee as the city’s next leader, noting that her only responsibility was “to successfully hold the sixth term chief executive election”.

Secretary for Labour and Welfare Law Chi-kwong was also asked if he would support Lee, but the minister refused to comment on the performance of individual officials.

“This is a basic principle which I have always upheld in the past decades since I have been involved in politics or policy work,” he said.