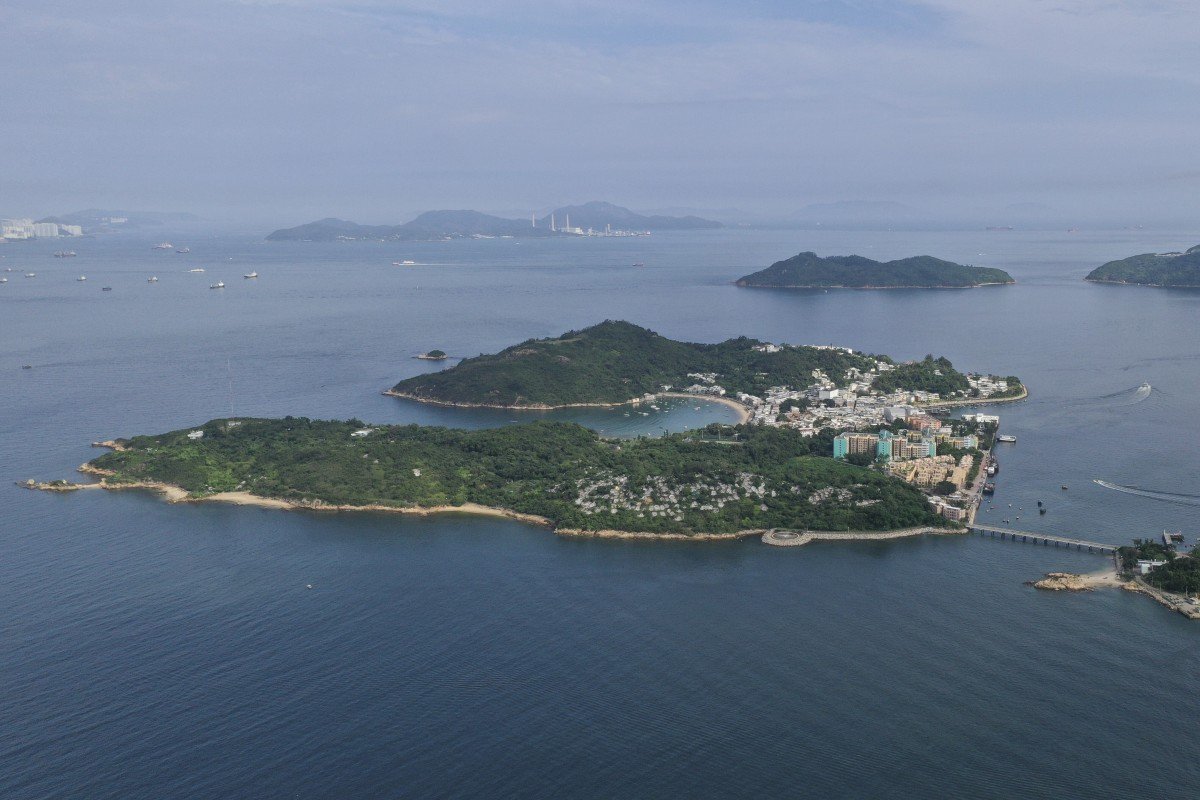 Chief executive signals determination to push ahead with signature policy in face of recession or slump in property market. The scheme would see a new metropolis built on artificial islands at a cost of hundreds of billions of dollars.

Hong Kong’s leader has said her determination to boost land supply would not be stalled by the global recession or a slump in the property market, insisting there could be serious consequences in doing so, without specifying what they might be.

Speaking at a media briefing on Tuesday, Chief Executive Carrie Lam Cheng Yuet-ngor said the government would continue with its plans to boost land supply, which includes her Lantau Tomorrow Vision project, a controversial scheme to build a new metropolis on artificial islands at a cost of hundreds of billions of dollars and potentially irreversible environmental damage.

Officials were expected to approach lawmakers this Friday for funding to carry out a preliminary study.

In an interview published on Monday, Lam said it was difficult to create new land amid the current political atmosphere, and public concerns over conservation. 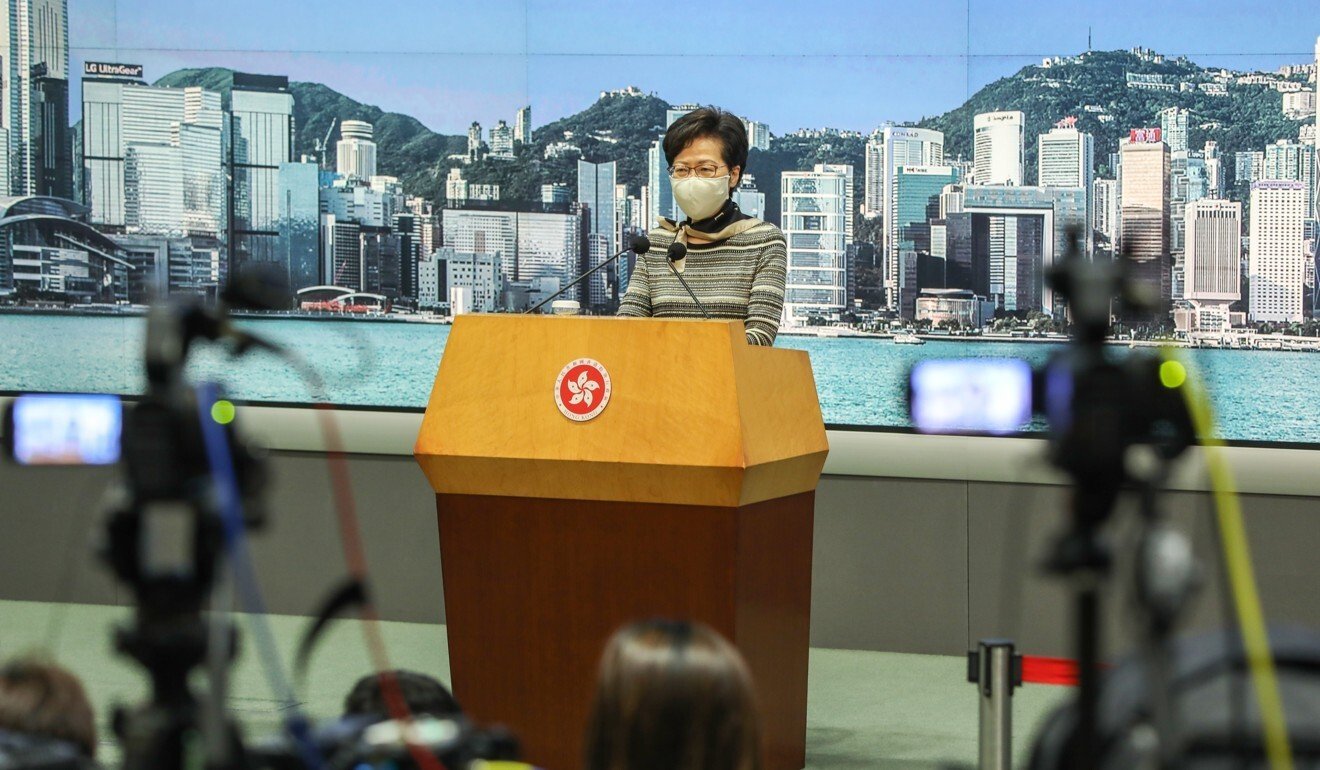 Chief Executive Carrie Lam at a media briefing on Tuesday.

“The determination of this term of government would not be changed or adjusted because of the economic downturn and possible decrease in property prices,” she said.

“History shows us that if we do so, there could be serious consequences. Creating new land is a very long process in Hong Kong, it involves technical and construction issues, and could face judicial challenges. If we stop the process, it would be difficult to relaunch it.”

A government-appointed task force on land supply warned in 2018 that Hong Kong faced a shortfall of at least 1,200 hectares by 2046, including 230 hectares for housing.

Lam said her government would continue to boost land supply through different means, such as invoking the Lands Resumption Ordinance, which enables the forceful resumption of private land for public purposes, such as transport and housing.

She revealed that authorities planned to take 400 hectares of private land in the next five years, compared to only 20 hectares since 2015.

“The ordinance needs to be invoked very carefully,” she said. “Planning needs to be done so that the land is used for public purposes such as infrastructure or public housing. In the past, the reselling of private land after resumption could be easily challenged.”

Another means to boost land supply is through the Lantau project.

In the interview, Lam dismissed an idea put forward by some think tanks of reclaiming land for housing around Guishan Island, which sits 2km south of Lantau Island, and is administered by mainland China.

The chief executive said she had not heard of any such plan by Beijing, and such a proposal would run counter to President Xi Jinping’s policies on environmental conservation. But on Tuesday she denied her plan was at odds with Xi’s policies.

Why Carrie Lam’s Lantau land reclamation plan is so controversial

“In every jurisdiction, one has to consider the unique factors of that particular jurisdiction to decide whether it is one of the preferred options,” she said. “Hong Kong’s land area is very limited … and the developed proportion is about 26 to 27 per cent because Hong Kong people, me included, treasure the country parks.”

Lam added that after an extensive public consultation exercise previously conducted by the government, people should realise that reclamation outside the Victoria Harbour was a feasible option.

“I still feel that the Lantau Tomorrow Vision has advantages, not only in forming large parcels of land, but also to complete a very efficient rail and road network connecting Hong Kong Island … to the western part of the New Territories, and also gives us the chance to have a third central business district.”

The city’s leader also noted that under an official agreement, Hong Kong had been transporting building works material for reclamation in the mainland city of Taishan. The reclamation project would help Hong Kong absorb some materials after the agreement expires in the next few years, she said.

According to the latest agenda for the Legislative Council’s Finance Committee, the Lantau scheme is listed as the 11th item for its meeting this Friday, below 10 funding applications for the creation of new government posts.

Opposition lawmakers have vowed to filibuster to block the funding request for the study, accusing the government of draining the city’s dwindling public coffers.

Lam was also asked if the government had bowed to pressure from developers in deciding to shelve a bill to tax vacant flats.

The chief executive insisted the housing chief made the decision after considering the city’s economic situation, and taking the views of the public and lawmakers into account.