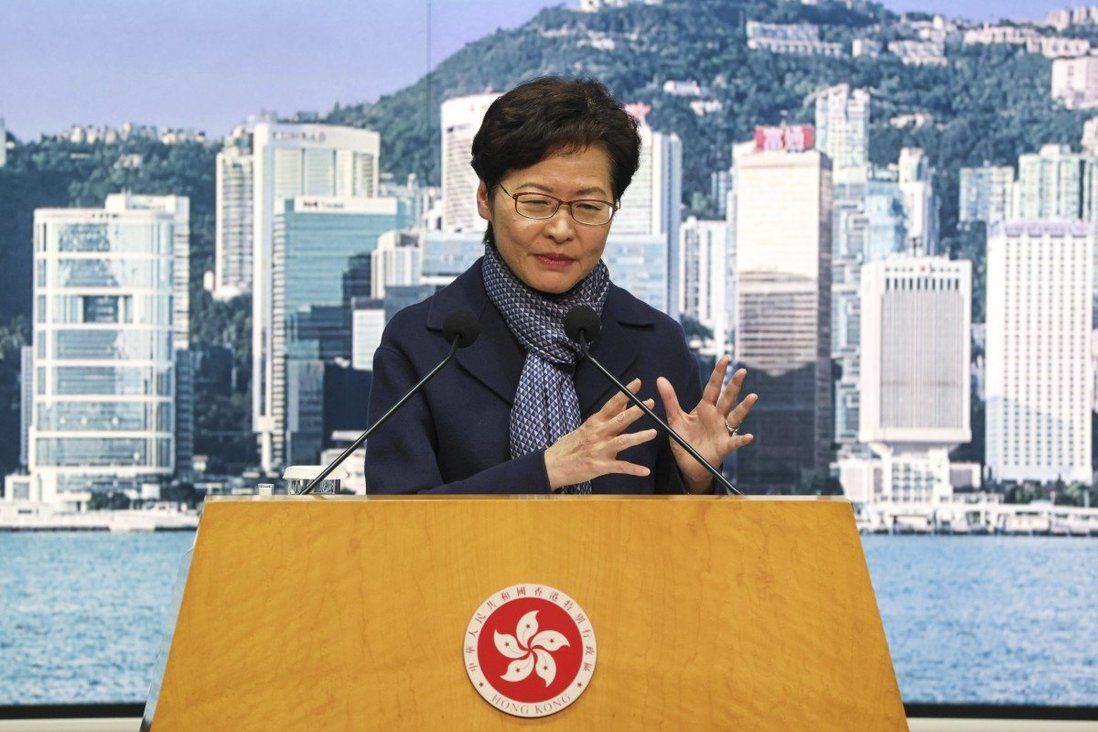 After Chinese president urged her government to step up fight against escalating wave, Carrie Lam turns to Emergency Ordinance to move poll back six weeks.

Hong Kong’s leadership election will be postponed by six weeks to May 8, Chief Executive Carrie Lam Cheng Yuet-ngor has announced, citing Chinese President Xi Jinping’s call for making it the “overriding priority” to put a lid on the city’s surging coronavirus infections.

Calling the unprecedented move a “tough decision”, Lam on Friday cited the use of the Emergency Regulations Ordinance to push the chief executive election back from March 27 to May 8.

Lam, who has yet to declare any intention to run for a second term, announced the postponement two days after Xi put her government on notice, instructing it to shoulder the “main responsibility” and do everything possible to contain a raging fifth wave of Covid-19.

“We cannot afford to be distracted and cannot afford to make mistakes, this is in line with the important instruction of President Xi,” she said, putting the focus on tackling a crisis that has stretched public health care resources to the limit and prompted Beijing to send help.

Stabilising the surge in daily infections – 3,629 cases on Friday – and bringing numbers down significantly would take at least two months, Lam estimated.

The city also logged about 7,600 preliminary-positive cases, continuing a wave of numbers far higher than the daily caseload of around 150 in 2020 when the government proposed delaying the Legislative Council election due to the health risks involved in staging a large-scale public event.

The city’s tally of confirmed cases stood at 40,700, while two chronically ill patients died, taking the number of related fatalities to 265.

Xi’s sharp reminder to Hong Kong has sparked a flurry of citywide efforts and offers to ramp up the anti-pandemic drive.

Just ahead of Lam’s announcement, the Post reported that the government had plans to turn the deserted Kai Tak Cruise Terminal into an isolation facility to help ease the pressure on public hospitals swamped by coronavirus patients.

Many of them, including the elderly, had been kept outside in the cold in the past days, waiting in their beds to be wheeled inside upon availability of space. 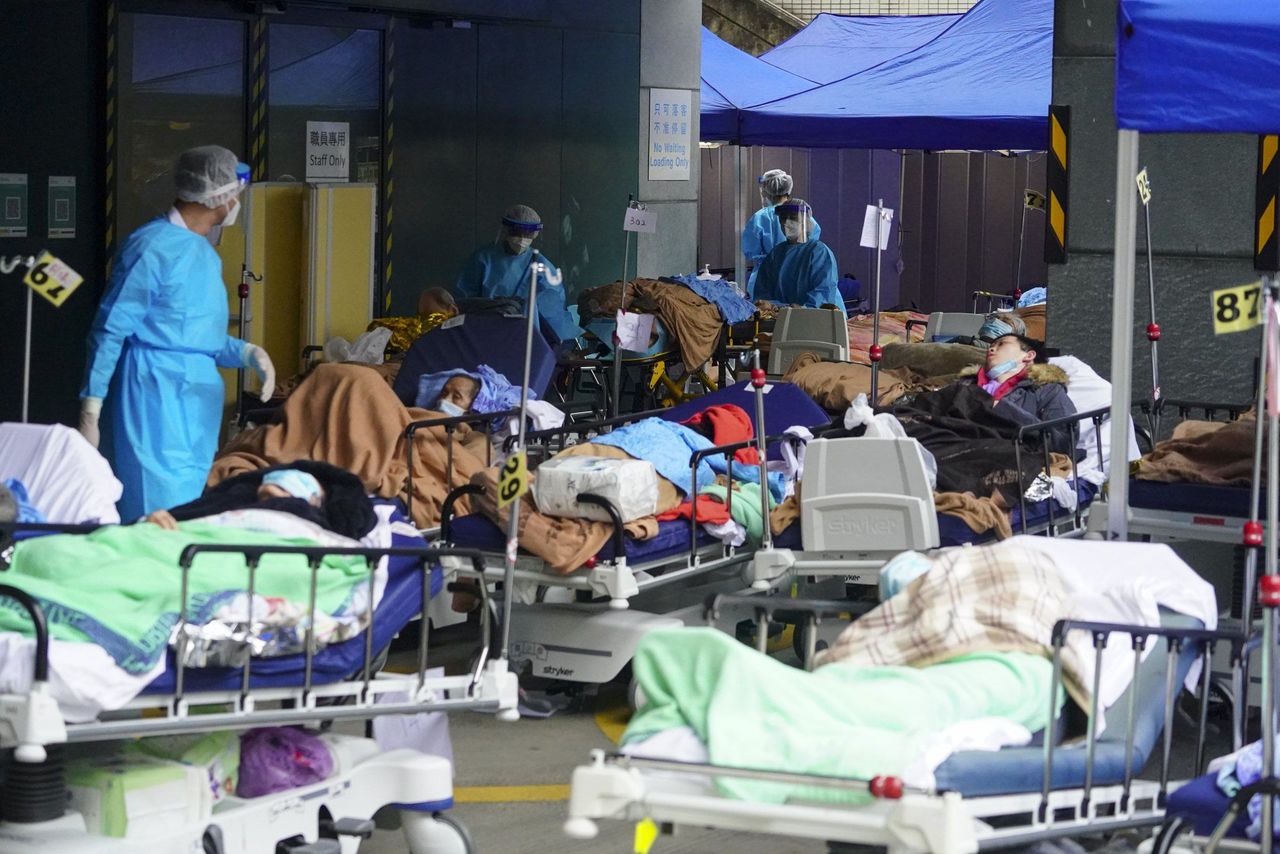 Sources familiar with the arrangements said a top-level tripartite coordination group led by senior Beijing official Xia Baolong was expected to make a final call on building a makeshift hospital at Penny’s Bay in the next few days, while sports centres would also be converted into isolation facilities.

The mainland’s assistance came as the central government’s liaison office in the city began mobilising the private sector in the anti-pandemic fight.

Health officials also pledged to move all hospital patients indoors by Friday night, with a cold front moving in, making use of backup staff rooms, waiting areas and corridors that could squeeze in more.

“This work is very difficult because the indoor areas of hospitals are already very crowded,” said Dr Sara Ho Yuen-ha, a chief manager at the Hospital Authority.

The city’s leader said it pained her to see images of patients waiting out in the cold and hear stories of exhausted hospital staff. She called on homes for the elderly to be responsible and stop sending their residents to hospitals if they were not ill.

Lam cited the pressing need to contain the pandemic as she explained the postponement of next month’s leadership election, saying it would otherwise undermine the credibility of the winner and deal a blow to the fairness, integrity and openness of the system.

“There is no way candidates can carry out their election activities in a normal manner,” she said, adding Beijing had approved of the delay.

Officials had taken into account the approximate time needed to suppress the current outbreak and the two-week nomination period required by law, while also leaving enough of a window for the next winner to form a cabinet, she said.

The next election must be held no later than June 30, the last day of her term, as required by the city’s mini-constitution, the Basic Law. With the postponement, the two-week nomination is scheduled to start on April 3.

Lam said she had left some time for the election to be postponed again by weeks, but did not address directly what would happen if the government failed to contain the pandemic by the end of her term.

“When the time comes the central government will take over and find a solution to the problem then,” she said.

She stressed the postponement did not amount to an extension of her term.

The Hong Kong and Macau Affairs Office said the postponement “realised the highly responsible attitude of putting the health of Hong Kong people first and the resolution to suppress the pandemic with all necessary measures possible”.

“The central government shows its understanding and support,” it said.

Beijing’s liaison office in the city said the decision “is in line with the overall interest of Hong Kong”.

Analysts noted that Beijing had the power to extend the term of the current government if officials could not bring the pandemic under sufficient control by May.

The Basic Law also provides for deciding the city’s leader by means of “consultation” rather than election.

Just last week Lam had said the leadership exercise would proceed as planned, noting it involved only a fraction of electors in a Legislative Council election.

On Friday she denied making a U-turn, saying: “I would not accept that this is a change in my stance. This is a fulfilment of my promise that I will continuously review the situation and adjust the measures of the policy that need to be taken in the best interest of Hong Kong.”

New People’s Party chairwoman Regina Ip Lau Suk-yee, a pro-Beijing heavyweight seen by some as a possible contender for the leadership race, said invoking emergency powers to delay the election was better than postponing it, should no hopefuls win enough nominations.

“It is more in line with procedural fairness for the government to take the initiative to push back the poll before the nomination period commences, as some people might hope to sign up for the race,” she said, without indicating whether she intended to run.

Ip, a top adviser to Lam, argued that 54 days was “sufficient” for the next leader to organise an administration, as whoever was ultimately elected should be deeply familiar with bureaucracy.

Four hopefuls have so far declared an intention to contest the election: film producer and kung fu master Checkley Sin Kwok-lam; Titus Wu Sai-chuen, a former member of the Democratic Alliance for the Betterment and Progress of Hong Kong; Wong Man-hong; and Ahm Warm-sun, the last two being little known in political circles.