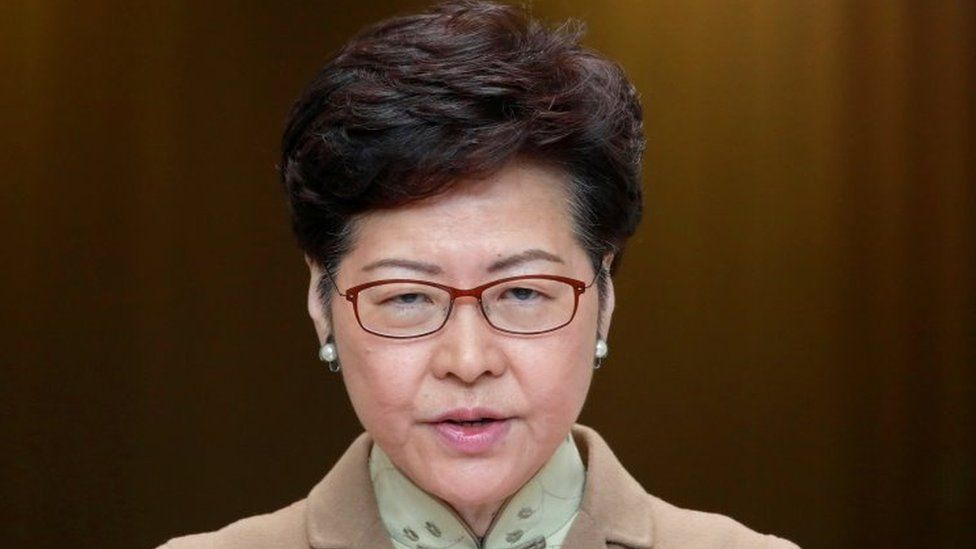 Hong Kong's leader Carrie Lam announced she would not seek a second term in office after a controversial tenure that has seen many of the territory's civil freedoms eroded.

On Monday, she told reporters Beijing had been receptive to her decision.

She also revealed she had informed China about her desire to not seek a second term a year ago, despite refusing in recent times to answer questions about her political future.

Ms Lam said she was stepping back and prioritising her family.

"There's only one consideration and that is family... They think it's time for me to go home," she said.

Hong Kong's Chief Secretary John Lee is tipped to be the favoured replacement for Ms Lam.

The city's leaders are selected by a committee of 1,500 members who are nearly all pro-Beijing loyalists. They're due to select the new chief executive next month.

Local media outlets reported that Mr Lee, the second-highest ranking official, was due to present his candidacy for the leadership position this week.

Mr Lee, a former police officer, was also a leading security official during the 2019 protests. He was elevated to the leadership ranks last year, in a sign, analysts said, of Beijing's intention to focus on security in Hong Kong.

Though Carrie Lam has taken her marching orders from Beijing, the history books will show that she was Hong Kong's chief executive when the city's freedoms collapsed.

She took over a part of China like no other, where dissent was tolerated, with a free press, and an independent judiciary.

During her time in power, Hong Kong became a place of state oppression where political opposition has been obliterated.

The upheaval of 2019 was a crisis of her government's making. They tried to ram through a proposal to allow people to be sent to face mainland courts controlled by the Chinese Communist Party and ignored millions of people marching peacefully to oppose the measure.

The longer the tensions continued, the more violent the clashes became.

After months of destruction and disruption, at the end of 2019, Lam's political allies were crushed at the ballot box - in what were the only real elections in Hong Kong - when they lost control of all but one local council.

This could never be tolerated again so, under Lam, it was made impossible for pro-democracy candidates to even stand.

Now you can be sent to prison for singing certain songs, wearing t-shirts with slogans, or suggesting that others light candles at home as a form of protest.

The chaos of 2019 was a perfect excuse for the Chinese government to rein in Hong Kong's rebellious population - and Lam was the public face of it.

What is Carrie Lam's legacy?

A bureaucrat with decades of experience, Ms Lam was Hong Kong's first female leader who soon became one of the city's most divisive leaders.

The mass protests of 2019 led to China imposing a series of policies to "restore security" and tighten control over Hong Kong and its residents, including a major national security law that criminalised most forms of political protest and dissent, and reduced the city's autonomy.

Ms Lam had promoted the widely-criticised law saying it was not all "doom and gloom", saying that compared to other national security laws, it was "rather mild".

"Its scope is not as broad as that in other countries and even China," she has said.

However since its passage in 2020, Hong Kong has seen a succession of democracy activists, former lawmakers and media figures arrested and jailed. Many others have fled abroad.

Ms Lam was also at the forefront of her city's response to the pandemic.

She ensured Hong Kong mirrored the mainland in its pandemic response - shutting borders and enforcing weeks-long quarantine for travellers in a bid to eliminate the virus rather than live with it.

But an Omicron wave broke through last month, overwhelming the city's healthcare system and causing hundreds of deaths a day in the city of seven million. Hong Kong has now lifted some restrictions as it comes off the wave's peak.

From protests to 'patriots': Why China is bent on crushing Hong Kong dissent
Add Comment