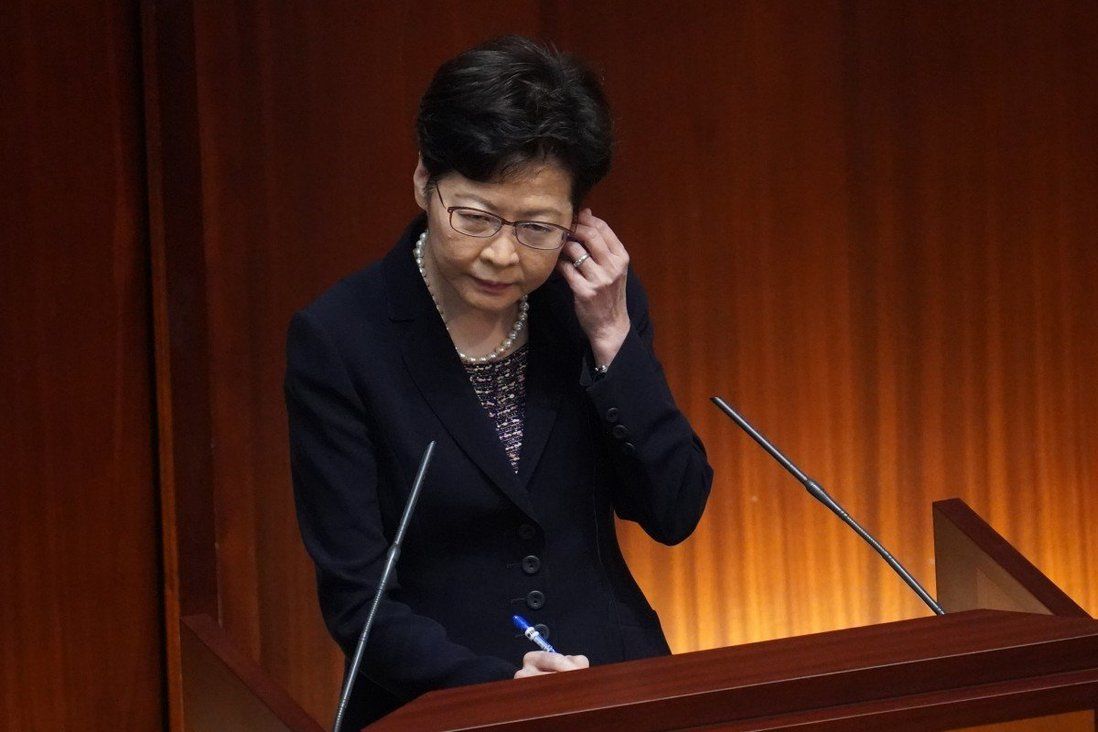 Speaking at an event marking the 50th anniversary of the Legal Aid Department, Lam says baseless criticism will only ‘prevent justice from being done’.

Hong Kong’s leader on Wednesday cautioned against politicising the city’s legal aid system, warning of the potential damage to its credibility amid mounting allegations that it had been abused by protesters.

But Chief Executive Carrie Lam Cheng Yuet-ngor also conceded a review of the publicly funded Legal Aid Department may be necessary, saying that the body should change with the times.

Speaking at a ceremony marking the department’s 50th anniversary, Lam said polarisation in society had resulted in attacks on the body, just as it had for the judiciary, with people criticising its decisions to grant subsidies to defendants and litigants.

But, Lam warned: “Any allegations without factual basis will only undermine the credibility of the Legal Aid Department, preventing justice from being done.”

Members of the pro-establishment camp in particular have been sharply critical of the department’s decisions to grant subsidies to opposition figures seeking to lodge judicial challenges against the government.

They have also seized on the case of a protester who sustained an eye injury in a high-profile 2019 incident, ramping up calls for the Legal Aid Department to explain its decision to grant her financial support. 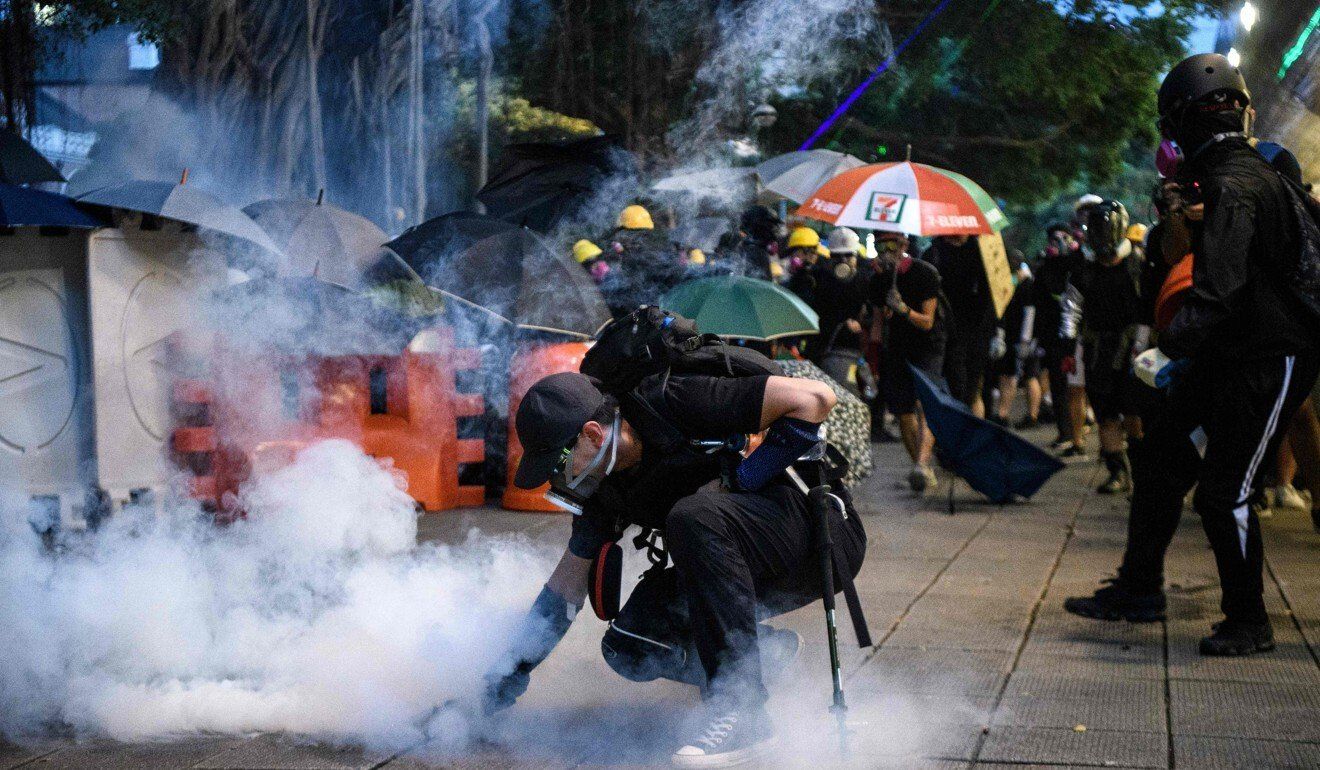 A woman identified as K suffered an eye injury she blamed on a police beanbag round at this August 11, 2019, protest.

Known as K, the female protester claims she was shot in the eye with a police beanbag round during an anti-government demonstration, something police have steadfastly denied. K subsequently initiated legal action to block police access to her medical records.

She was back in the spotlight last week when a newspaper ran images of her leaving Hong Kong for Taiwan, prompting accusations from pro-establishment lawmakers that she had exaggerated her injuries and used the city’s legal aid system to pursue a judicial challenge she ultimately lost.

At Wednesday’s ceremony, Lam urged the department to keep an open mind to complaints levelled against it.

Earlier in the day, she was grilled by lawmaker Elizabeth Quat at her monthly Legislative Council question and answer session over the department’s decision on K.

Responding to Quat, Lam said the legal aid system, like any other system, must keep up with the times.

“I’m not saying that our current legal aid system is perfect, and as such, it is necessary to review Hong Kong’s legal aid system from time to time,” she said, adding that the chief secretary would be responsible for the task. 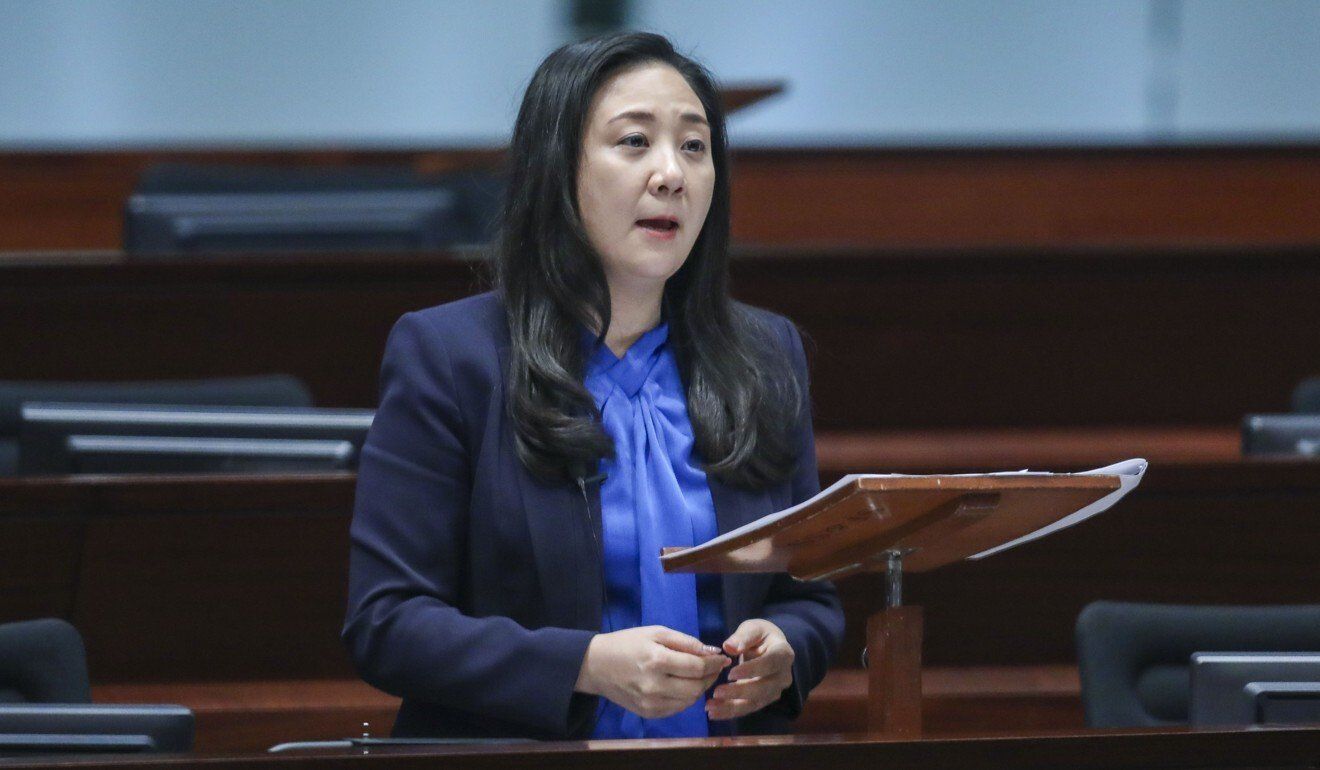 Lawmaker Elizabeth Quat is among those in the pro-establishment camp pushing for a review of the city’s Legal Aid Department.

She also said the department’s protocols for appointing lawyers would be part of any review after the pro-establishment camp lambasted its decision to grant K’s request to name Paul Harris SC as the barrister for her appeal.

The Bar Association chairman, who has called for amendments to the Beijing-imposed national security law, has been facing a campaign from the pro-establishment camp and government-friendly media outlets calling for his resignation.

But legal scholar Eric Cheung Tat-ming, of the University of Hong Kong, brushed off the criticism over Harris’ appointment, saying it was reasonable for the department to allow an applicant to choose their lawyer to ensure a level playing field.

“It was unfortunate that we have received some very unfair criticisms in recent times. These criticisms have put some pressure on our work so to speak,” he said.

William Leung Wing-cheung, the chairman of the Legal Aid Services Council, which supervises the department, described the situation as “unprecedented”. He urged the public to think twice before hurling criticism, pointing out that the department could not defend itself due to the confidential nature of its work.

The Legal Aid Department was established in July of 1970 following the passage of the Legal Aid Ordinance in 1966. It funds eligible applicants to hire solicitors and, if necessary, barristers in both civil and criminal cases at the District Court level and above.

In granting funding, the department subjects applicants to a means test and considers the merits of taking on the case.

But the Court of Appeal’s rejection of K’s case in April dragged the department’s operations into public view, prompting grilling by pro-establishment lawmakers such as Regina Ip Lau Suk-yee, Holden Chow Ho-ding and Quat.

Of the 82 cases, 62 were related to immigration matters likely lodged by non-refoulement claimants, the city’s equivalent to asylum seekers. Only 20 were related to government policies, or decisions made by the administration or other organisations.

On Wednesday, Lam also said that law enforcement would investigate K’s role during the 2019 protests and prosecute if necessary.

Separately, Lam said the government would not tolerate any intimidations or doxxing attacks against judges.