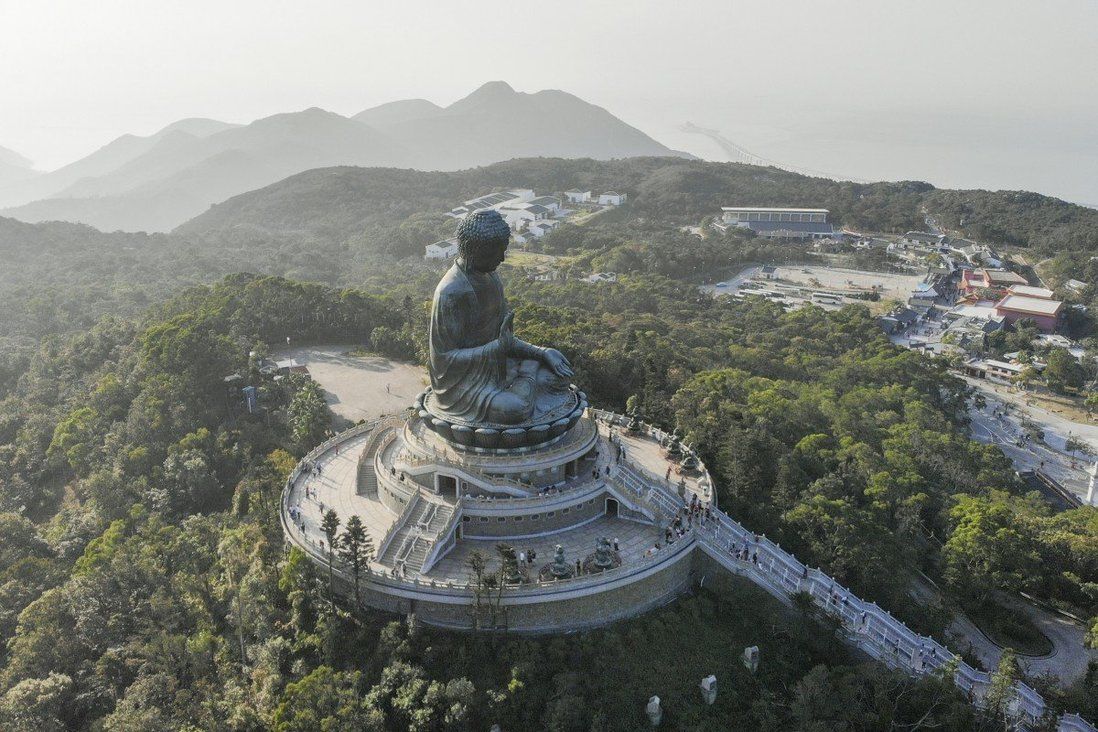 Chief executive and Abbot Sik Jin-yin of Po Lin Monastery will ring the bell next to the Big Buddha on New Year’s Eve, with top officials of Beijing’s liaison office in the city in attendance.

Hong Kong leader Carrie Lam Cheng Yuet-ngor is set to usher in the new year on Friday in a ceremony on Lantau Island, where she and the abbot of a monastery will ring the bell next to the Big Buddha, the Post has learned.

About 300 people, including political figures and top officials of Beijing’s liaison office in the city, will attend the closed-door ceremony at Po Lin Monastery on New Year’s Eve, which will also feature a performance by the Hong Kong Chinese Orchestra.

The low-key event at the monastery contrasts with other high-profile countdown activities such as the Hong Kong Tourism Board’s free overnight concert at the West Kowloon Cultural District arts hub, and a HK$30 million (US$3.8 million) drone show and concert organised by New TV at the Central Harbourfront. 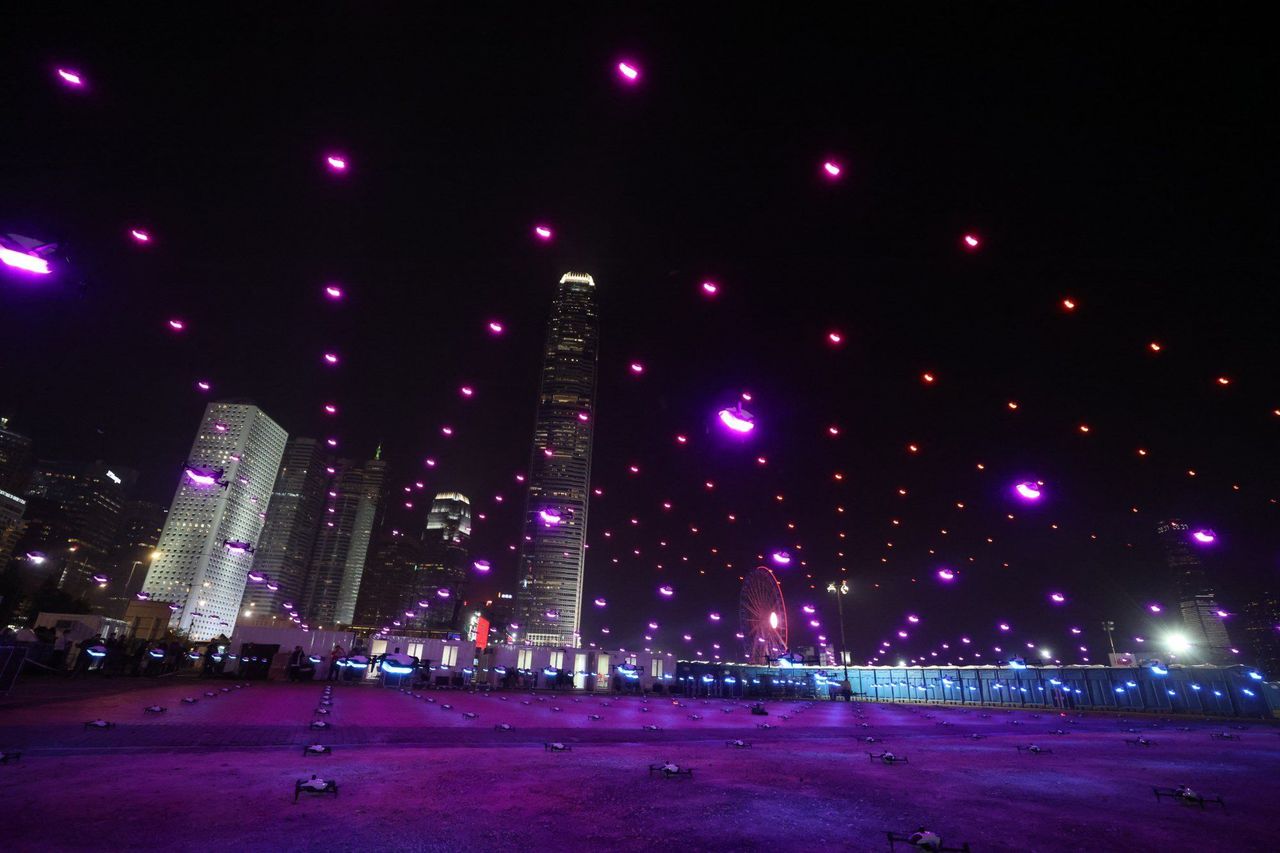 Drones feature in a rehearsal on Wednesday for the event at Central Harbourfront.

The Lantau Island event, which will start at 11pm on Friday, will see Lam and Abbot Sik Jin-yin ring the bell at the monastery to bless Hong Kong.

TVB, one of the organisers along with the monastery and other NGOs, would live-stream the countdown on the MyTV Super platform and Jade channel, a spokeswoman for the broadcaster said.

A source said Lam chose to join the Lantau event instead of the tourism board’s celebration because the former was a high-level ceremony involving top officials from the liaison office, while the latter was a concert.

“It is a Buddhism event to pray for good fortune and peace for Hong Kong,” another insider said.

The 34-metre-tall Big Buddha bronze statue has been closed off for renovation since June 2020 and work is expected to be completed in the middle of next year.

Commerce and Economic Development Bureau chief Edward Yau Tang-wah will attend the West Kowloon concert, which will be streamed live worldwide, according to a third source. 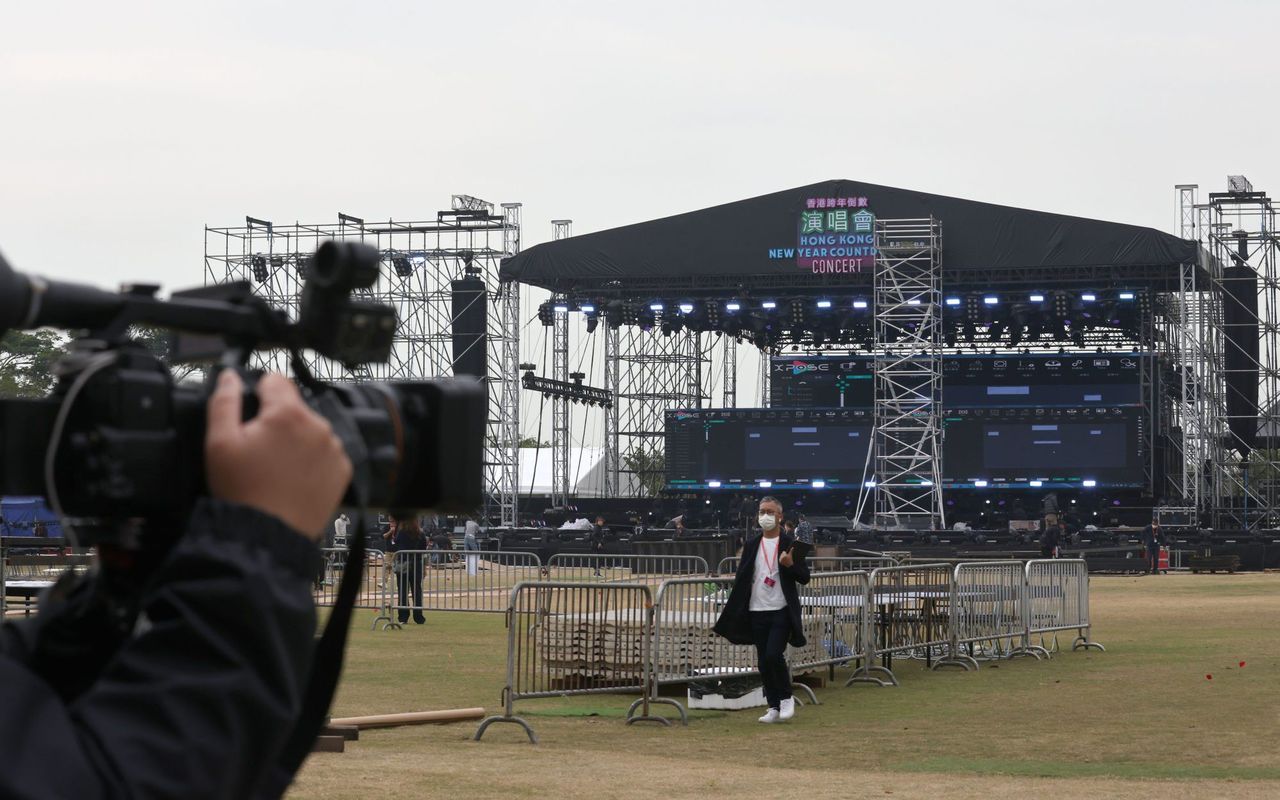 Preparations are under way for the countdown concert at West Kowloon Cultural District.

The concert will be the city’s first large-scale celebration since 2018. Some 3,000 people selected in a lucky draw by the board will be allowed to gather and watch the event at West Kowloon Cultural District, and which will include performances by Canto-pop boy band Mirror, the Hong Kong Philharmonic Orchestra, singer-songwriter AGA, dentist-turned-vocalist Alfred Hui Ting-hang, Malaysian Chinese artist Gin Lee and singer Joyce Cheng Yan-yee.

Online media organisation New TV will host a drone and fireworks show at the Central Harbourfront on New Year’s Eve, which will feature performances by popular artists for crowds of 16,000 people.

A total of 13 bus routes operated by KMB will be extended to 1am on January 1 for those heading home after the concert.

Frequency of services on eight MTR railway lines will be increased beginning in the afternoon and will run for an hour longer than usual.

Ferry services between Central and Tsim Sha Tsui will be extended to 1am and the Mid-Levels escalator will run until 3am.