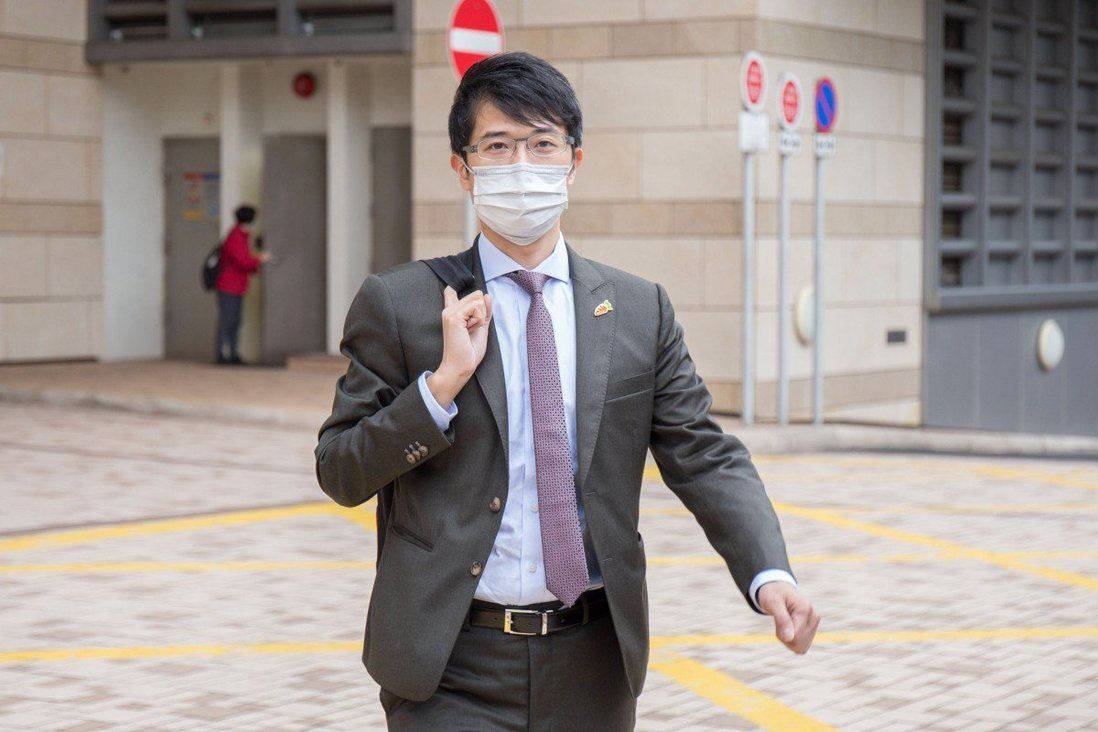 Leo Yau, 35, was arrested on March 1 last year after he snubbed a sergeant’s request to show his identity card and legal credentials outside a court.

A lawyer in Hong Kong was jailed on Wednesday for obstructing a police officer outside a court last year, with the magistrate pointing to a lack of “objective” evidence that the accused felt sorry for the offence.

Leo Yau Lut-pong was sentenced to seven days behind bars at the trial at West Kowloon Court, the same building police had barred him from entering when a hearing following the largest national security law crackdown to date was under way.

The 35-year-old lawyer from Bond Ng Solicitors had represented some of the 47 opposition politicians and activists charged with conspiring to subvert state power in relation to an unofficial primary election for the Legislative Council in July 2020.

He was arrested on the night of March 1 last year, when the 47 appeared in the dock for the first time, after he snubbed a sergeant’s request to show his identity card and legal credentials outside the court in Cheung Sha Wan.

Yau told the officer at the time that police had no authority to cordon off the court’s entrance and prevent him, an officer of the court, from passing through.

In his verdict last month, Magistrate Andy Cheng Lim-chi held that officers were entitled to regulate access to the building that night, as hundreds of supporters had turned up earlier in the day and shouted independence slogans in an illegal gathering outside the premises.

The magistrate convicted Yau after finding that he had intentionally made it difficult for police to enforce the law rather than purely challenging the extent of officers’ powers.

Pleading for leniency on Wednesday, defence counsel Fiona Nam Hoi-yan said Yau had committed the offence out of impulse and impaired judgment due to the lengthy proceedings that night which ultimately stretched into the small hours of the next day. She said the lawyer would “100 per cent” abide by the law in the future.

A pre-sentencing report recommended Yau be spared jail and sentenced to up to 160 hours of community service, given his remorse for the offence. A probation officer said Yau had “admitted that he underestimated the legal consequences” and committed the present offence “recklessly”.

But those submissions failed to convince Cheng, who noted the defendant was only remorseful on paper.

“The defendant did express his willingness to assume liability and be penalised, but objective factors are always more persuasive,” the magistrate said. “You did not acknowledge the fact that you had intentionally caused problems to police.

“I accept that it was a one-off incident and you would not reoffend … But any person who flouts the law must face the consequence.”

Yau has been released on a HK$30,000 bail to lodge an appeal in the High Court. He was barred from leaving Hong Kong and must report to police every week.

Obstructing a police officer is punishable by up to two years in prison under the Offences against the Person Ordinance.