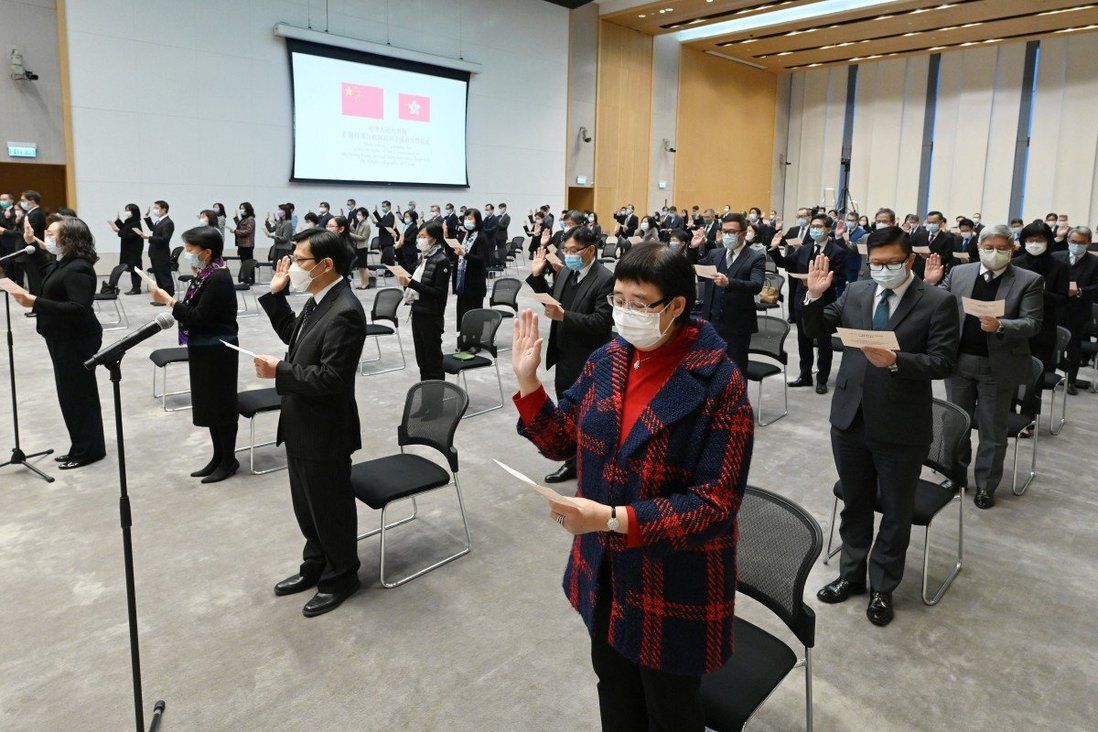 Concerns centre on ‘positive’ and ‘negative’ lists in draft legislation that set out acts that uphold Basic Law, and those that don’t.

Some pro-Beijing lawmakers in Hong Kong have joined political rivals in a rare show of unity to warn of possible abuse of a proposed bill aimed at ensuring the allegiance of public office holders, citing what they said was vague language used.

The concerns were raised as legislators met on Thursday to examine the draft legislation, formally called the Public Offices (Candidacy and Taking Up Offices) (Miscellaneous Amendments) Bill 2021, which mainly seeks to extend current requirements of a loyalty pledge from government officials and lawmakers to include members of the city’s 18 district councils.

The issue centred on “positive” and “negative” lists in the bill that set out which acts uphold the Basic Law and bear allegiance to the city as a special administrative region of China. Those who do not meet the mark would be deemed as breaching their oath and thus disqualified and banned from taking part in elections for five years upon conviction.

At Thursday’s bills committee meeting, pro-establishment legislator Tony Tse Wai-chuen highlighted controversies and differing views over reclamation that could see political rivals cite an item in the bill to suit their agenda.

He said: “For councillors who are anti-reclamation [because of the environmental impact], they may accuse rivals who support the measure of undermining the overall interests of Hong Kong.”

Pro-establishment legislator Paul Tse Wai-chun, a lawyer, also questioned if being accused of committing an offence under the national security law was considered failure to pledge loyalty. “There is the question of committing and conviction. When a person is not yet convicted, how can we judge if that person has committed an offence, and decide whether to disqualify him?”

Paul Tse asked for both the “positive” and “negative” lists to be removed from the bill, saying: “While you try to make the lists more detailed, more often the end result is that more ambiguity ... will arise.” He said the government could issue guidelines instead of using the lists. 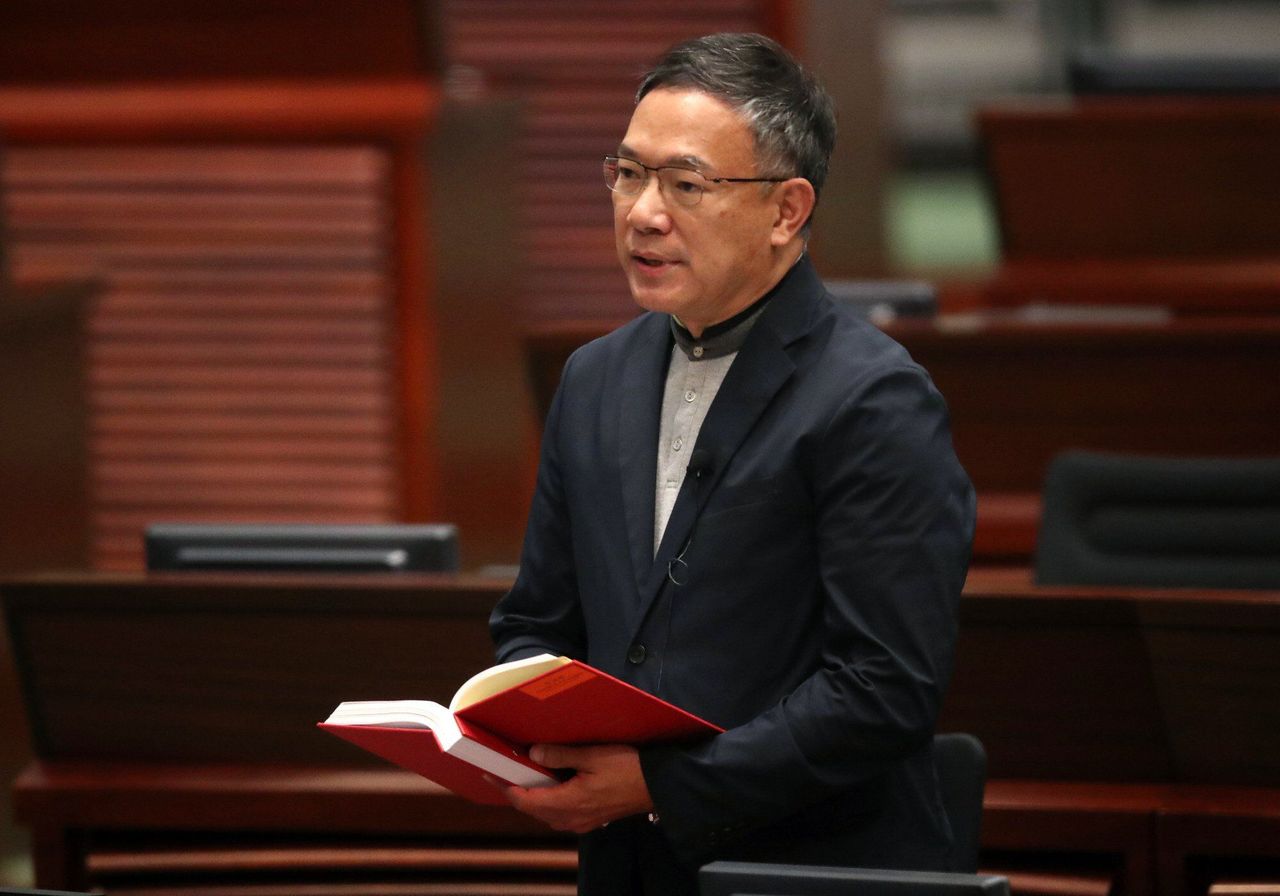 Independent legislator Dr Pierre Chan Pui-yin questioned if lawmakers could be deemed to have breached their loyalty pledge if they voted against important government bills or budget, or moved a no-confidence vote against the chief executive.

Secretary for Constitutional and Mainland Affairs Erick Tsang Kwok-wai argued the two lists were for reference only and were not meant to be exhaustive. “They are just to give some examples to allow people to have an easier understanding [of what acts are unacceptable] so as not to cross the red line,” Tsang told legislators.

He also said the government would take into account one’s intention when judging if an act undermined the interest of Hong Kong and whether “actual harm” was done.

Permanent Secretary for Constitutional and Mainland Affairs Roy Tang Yun-kwong gave assurances that lawmakers would not get into trouble for exercising powers allowed under the Basic Law, such as vetoing the budget, but he was quick to add: “There is still the need to consider the intention behind the move.” 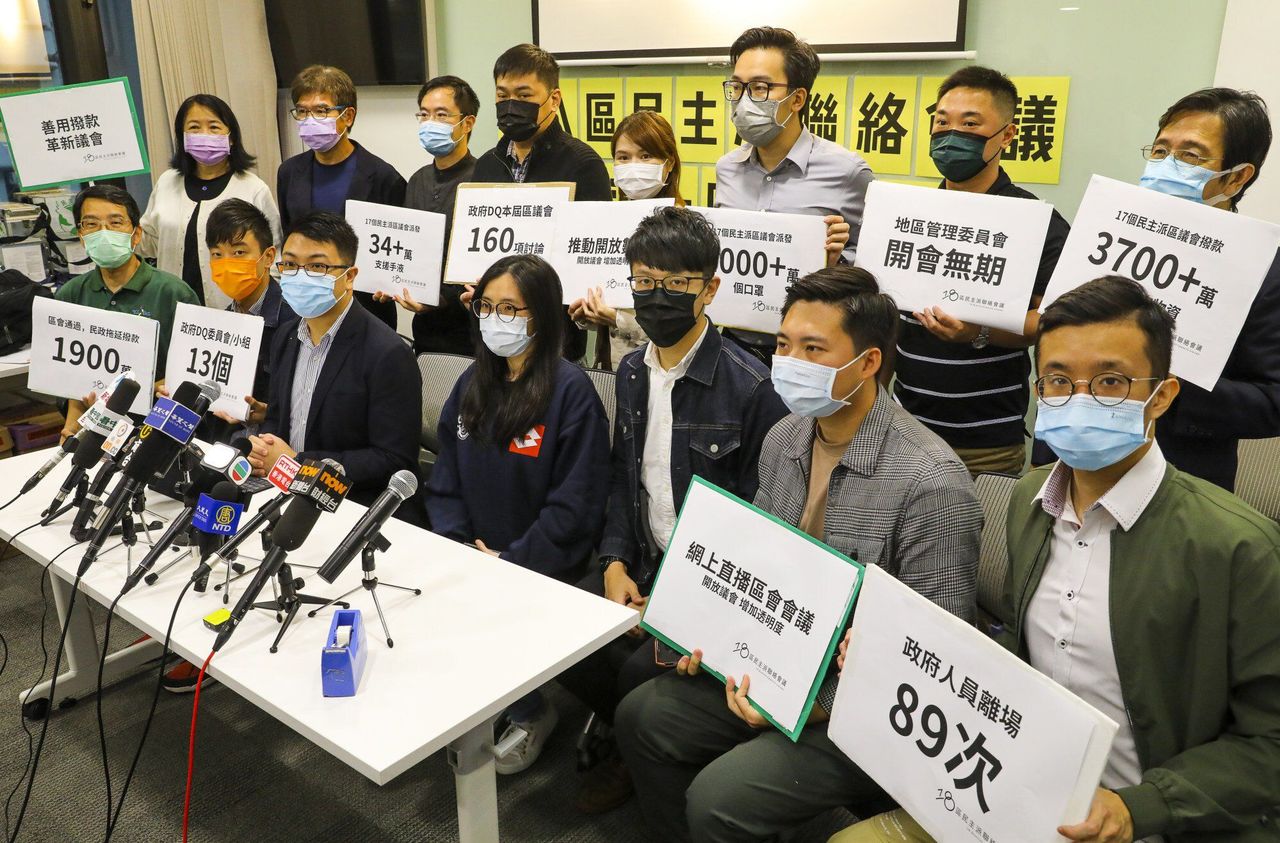 Under Article 104 of the Basic Law, the chief executive, principal officials, Executive Council members, lawmakers and judges must take an oath of office. The proposed legislation would extend the oath-taking requirements to district councillors.

Article 6 of the national security law also stipulates that a Hong Kong resident who stands for election or assumes public office must take the specified oath.

The Hong Kong government introduced the bill in February and hoped to push it through the legislature by the second quarter of the year. The bill is expected to pave the way for the mass disqualification of opposition district councillors, who scored a landslide victory at the height of the anti-government protests in 2019.