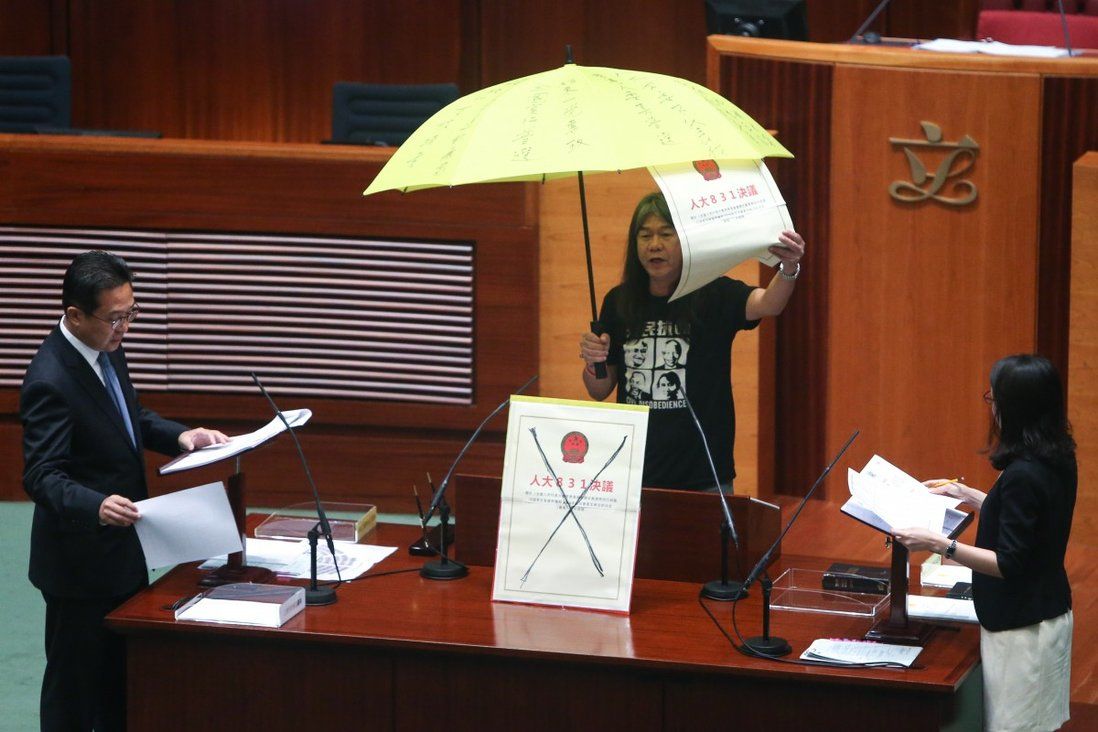 Constitutional affairs chief Erick Tsang also reveals the government is studying whether opposition district councillors who resign rather than pledge allegiance will have to return public funds.

Lawmakers and district councillors could be disqualified immediately after taking their oath of office if their behaviour was deemed “problematic”, Hong Kong’s constitutional affairs minister warned on Wednesday.

Secretary for Constitutional and Mainland Affairs Erick Tsang Kwok-wai also revealed in the legislature that the government was studying whether opposition district councillors who resigned rather than pledge allegiance to the city and its mini-constitution, the Basic Law, would have to return public funds.

Tsang was asked whether politicians who called for voters to cast blank ballots in elections would be seen as violating their loyalty pledge. The question was prompted by escalating debate in the city on whether it should be made illegal to cast blank ballots as a protest against Beijing’s sweeping overhaul of Hong Kong’s electoral system. 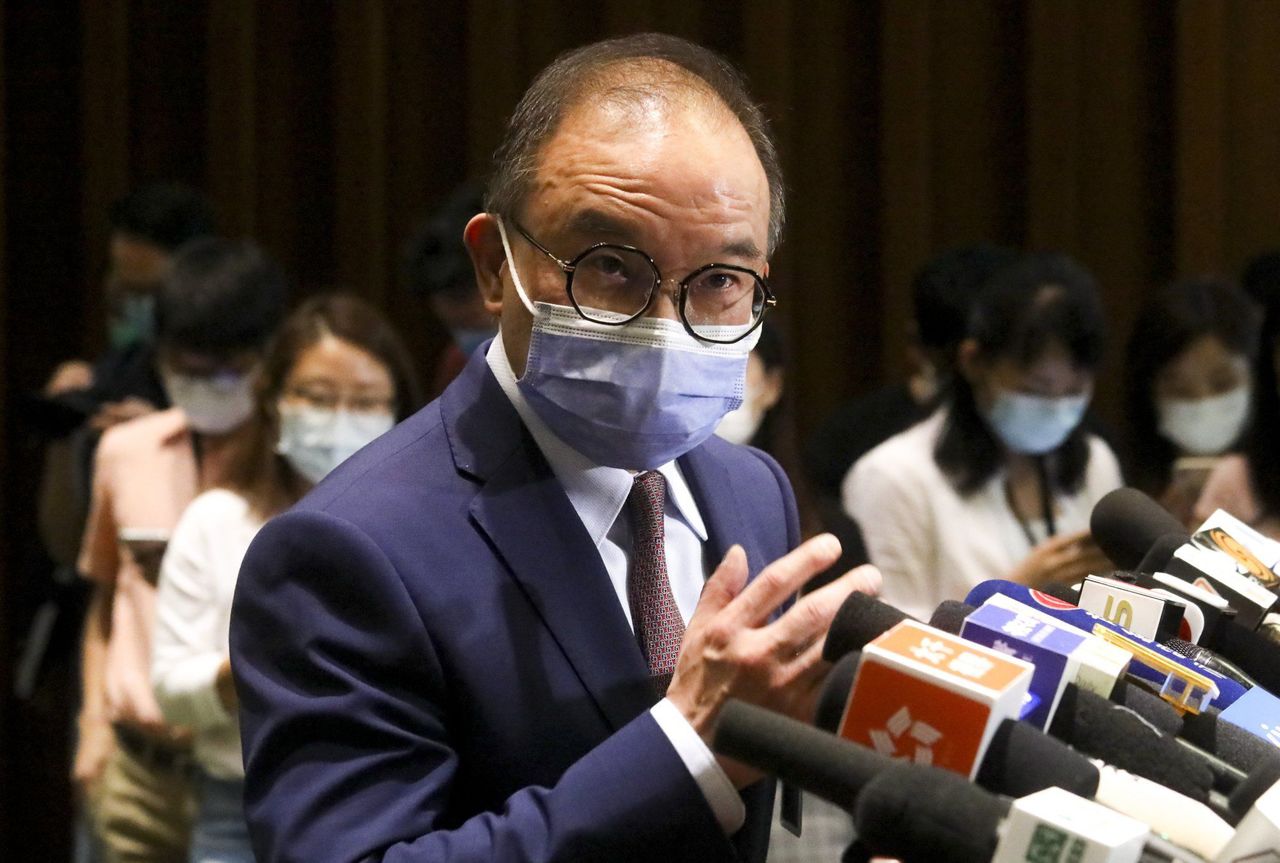 Erick Tsang, the secretary for constitutional and mainland affairs.

The minister said encouraging the public to cast protest votes could be seen as “manipulating elections”, which might violate the Basic Law, but individuals would not be banned over their personal choice.

“Everyone has the right to decide whether to vote, but calling for blank or invalid votes may change the results of the election, and to a certain extent, the person is manipulating the election,” he told the Legislative Council, adding the government was looking into whether regulations were needed.

Questions concerning oath-taking requirements – which are to be extended from executive councillors and lawmakers to district council members – were raised as legislators met to examine draft legislation, formally called the Public Offices (Candidacy and Taking Up Offices) (Miscellaneous Amendments) Bill 2021.

The bill aims to align the city’s legislation with Article 6 of the national security law, imposed by Beijing on Hong Kong last year. Under the law, any resident “who stands for election or assumes public office” must swear to uphold the Basic Law and pledge allegiance to Hong Kong.

Tsang made it clear that officials administering the oath-taking procedures could decide immediately if someone was regarded as having refused or neglected to take the pledge.

For the more than 450 members in the opposition-dominated district councils, the secretary for home affairs would be responsible for administering the oath-taking, Permanent Secretary for Constitutional and Mainland Affairs Roy Tang Yun-kwong said.

“Some clear examples include wearing a T-shirt saying ‘Hong Kong independence’ during the process, or raising umbrellas and chanting slogans in the oath procedure of others,” he said. “Problematic behaviour during the singing of the national anthem is not acceptable either.”

District councillors who were already deemed to be “not loyal” would still be allowed to take the oath but the administrating officers would declare their disqualification right after.

In 2019, at the height of Hong Kong’s anti-government protests, the opposition camp swept 392 of the city’s 452 district council seats in an unprecedented landslide election win.

Pro-Beijing lawmaker Lau Kwok-fan and localist legislator Cheng Chung-tai both asked whether district councillors would have to return public funds and related subsidies if they resigned before the bill was passed. 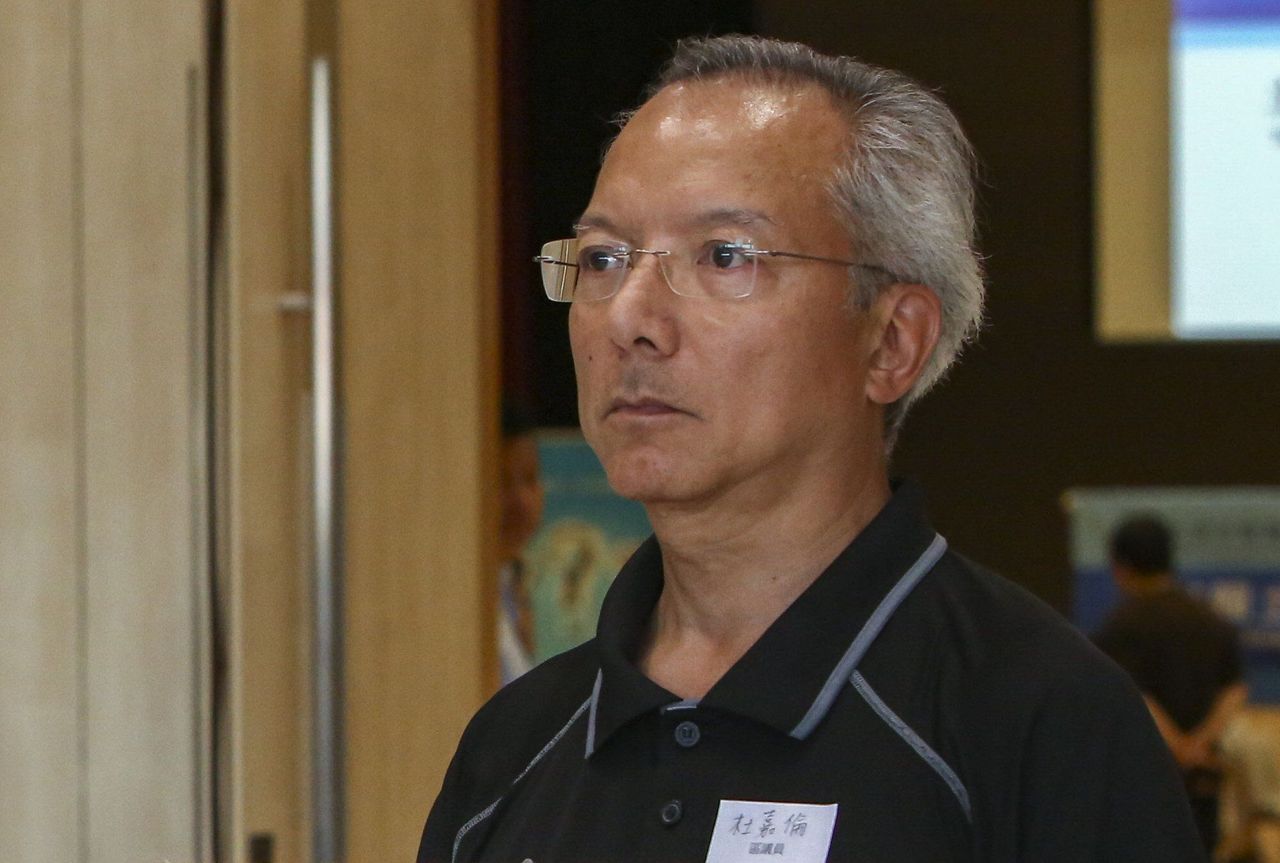 To Ka-lun resigned as a district councillor.

The Post reported earlier that a few opposition district councillors planned to resign rather than take the oath of allegiance, as they could be asked to return public funds if their pledges were later deemed unconvincing.

On Wednesday, Yuen Long district councillor To Ka-lun announced he had resigned as he did not want to take the oath – the first in the opposition camp to do so.

Responding to the lawmakers’ queries, Tang said while that there was no such provision in the bill, officials were aware of such a possibility.

“If someone has a guilty conscience and resigns before taking an oath, then currently the bill cannot cover such a scenario, but the Home Affairs Bureau understands the concerns of the public, and is looking into the matter,” he said.

Lawmakers also questioned the secretary for justice’s power under the proposed legislation. Under the bill, the minister could bring proceedings to court without a time frame – from a six-month period previously – if the government believed someone had violated the oath after assuming office.

Once the minister commenced legal proceedings, the public officer’s functions and duties would be immediately suspended. 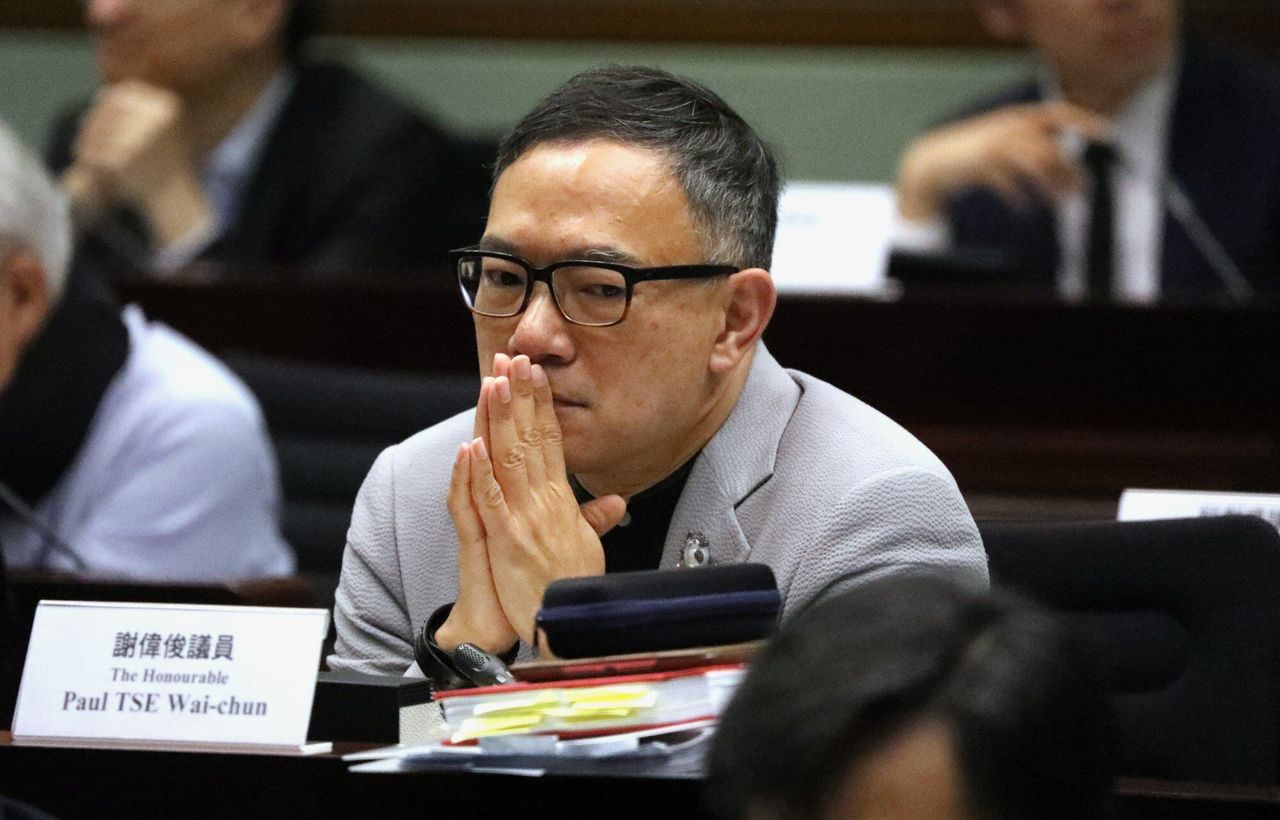 Pro-establishment legislator Paul Tse Wai-chun wanted to know whether the bill would affect lawmakers’ freedom of speech, as it could be very easy for the justice minister to lodge legal proceedings.

“Will the Department of Justice have too much power, [deciding] which legislators have to keep their mouth shut once the government is dissatisfied with what we said? It seems this has gone beyond the original intention of safeguarding national security … this seems to be a hypercorrection,” Tse said.

Tsang said the legislation did not target limiting lawmakers’ rights to speak freely in Legco, and only in some extreme scenarios would there be a violation of the law.

“Even if the secretary for justice decides to prosecute a certain public officer, the proceeding must be carried out in a very rigorous manner under public surveillance, and the court would have a very high standard of whether to accept such a case,” he added.

Tsang said legislators should pledge their loyalty for the whole term of service, so the government decided to remove the time frame.