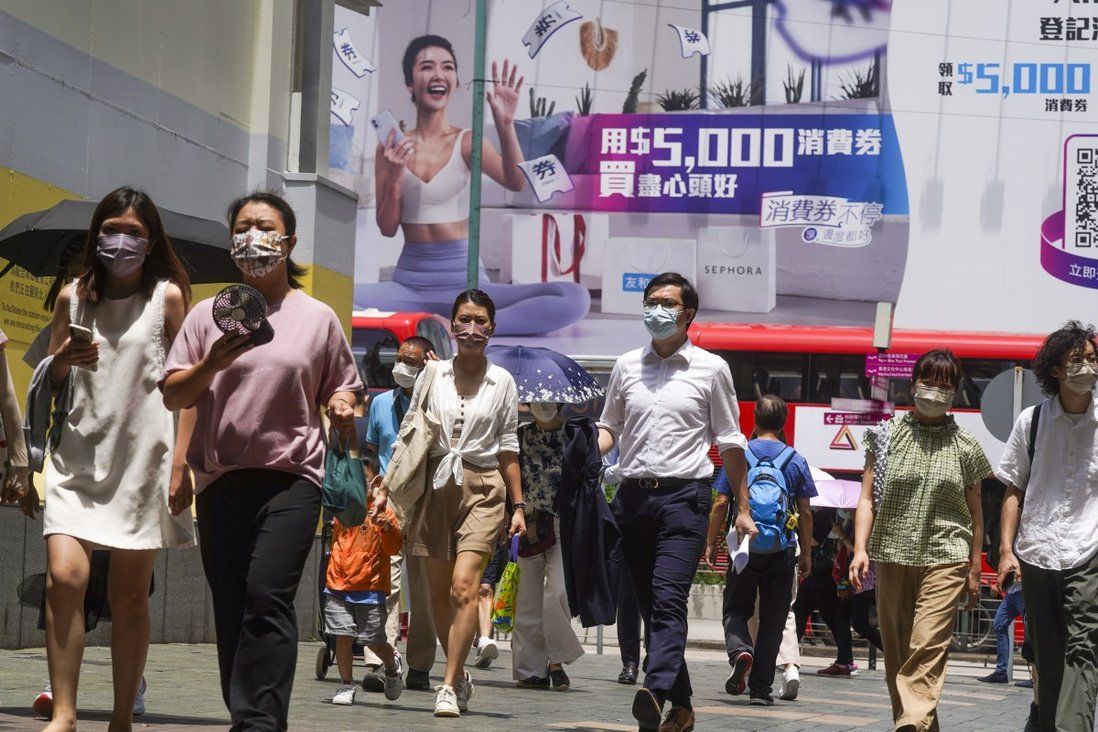 Others such as lawmaker Regina Ip argue that cash handouts would have been better than the HK$10,000 consumption voucher scheme.

Lawmakers and advisers to Hong Kong’s leader have called for greater flexibility in the distribution of consumption vouchers and a clear explanation by the government on landlords’ liabilities under an unprecedented rent relief scheme following the latest budget.

Some observers also expressed disappointment that Financial Secretary Paul Chan Mo-po left certain vulnerable groups out of his blueprint on Wednesday, which predicted a surplus of HK$18.9 billion for the 2021-22 financial year.

Major initiatives unveiled in the budget, including a new round of HK$10,000 in e-vouchers to 6.6 million eligible residents, were generally welcomed by the members of the Legislative Council revamped by Beijing to ensure only “patriots” held power.

But some lawmakers who were also members of the de facto cabinet of Chief Executive Carrie Lam Cheng Yuet-ngor, called for flexibility in implementing the scheme, citing residents’ deep concerns about the escalating fifth wave of the coronavirus.

“The government is asking people to stay at home during the epidemic, but we will have to go out to use the vouchers,” said Executive Councillor Jeffrey Lam Kin-fung, referring to the distribution of the money through e-payment platforms such as Octopus.

The first HK$5,000 would be distributed in April for residents who had signed up for the handout last year, with the rest to come in summer, when new applicants would also receive their amount.

Chan suggested extending the period of validity from six to nine months or more, so that shopping venues would not be overcrowded by residents when the top priority of the administration was eradicating the virus.

Starry Lee Wai-king, chairwoman of the Democratic Alliance for the Betterment and Progress of Hong Kong (DAB), the city’s largest pro-Beijing party, proposed pushing back the delivery date of the first voucher if the pandemic was not under control by April.

“It should be delivered when [businesses] are no longer subject to the most stringent social-distancing measures, so that they could benefit more,” she said.

“A large number of people are out of work or suffering income loss under the pandemic. Offering cash will be more helpful,” said Ip, also a top adviser to Lam.

The government will also make a one-off payment of HK$10,000 to people out of work, marking the first time such a direct subsidy has been given to the jobless, but applications open only in mid-March.

Certain vulnerable groups affected by the health crisis were also left on the sidelines on Wednesday, according to Kinsley Wong Kwok of the Hong Kong Federation of Trade Unions. He pointed to workers who had been forced to take no-pay leave and also expressed disappointment over the absence of a new round of rent exemption for public housing tenants.

The budget laid out rent relief for small and medium-sized enterprises. Tenants in certain sectors will be allowed to defer rental payments by up to six months, but business sector lawmakers urged the government to resolve doubts raised by landlords.

“The ripple effect is huge,” said investment manager Rock Chen Chung-nin, also a DAB lawmaker. “Do landlords need to make full mortgage payments to banks during this period? What if they can’t afford them?”

The finance chief sought to reassure property owners on Wednesday that the Hong Kong Monetary Authority would “discuss with banks” ways to deal with their difficulties on mortgage.

Kenneth Lau Ip-keung, a lawmaker with the Business and Professionals Alliance for Hong Kong and also chairman of the rural powerhouse Heung Yee Kuk, called for more assistance from the government given its healthy coffers.

“After six months, they still have to pay. The end result could be that the businesses could accumulate larger debt,” he warned.