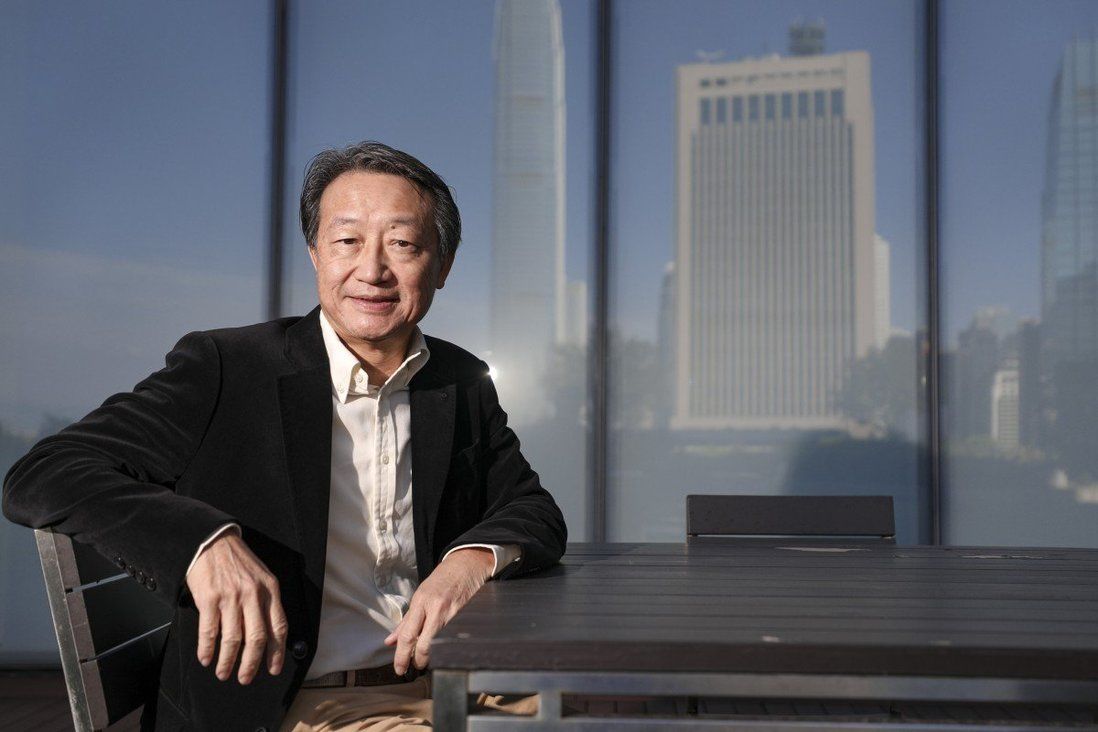 Ambrose Lam resigned as president of the legal body in 2014 after a no-confidence vote over his praise for the Communist Party, but now he says he stands by his past remarks.

Former Law Society president Ambrose Lam San-keung was ousted as head of the solicitors’ body in a vote of no confidence in 2014, after he publicly praised the Chinese Communist Party as “great” in a radio interview that same year.

Now, seven years later, Lam is making a comeback as a lawmaker for the legal sector, following Beijing’s “patriots-only” overhaul of the city’s electoral system.

“I will stick to what I said. That’s right. I consider every Chinese owes the Communist Party,” he said in a recent interview with the Post, touting the advances that the country has made over the six decades since the founding of the People’s Republic.

The newly elected lawmaker also shrugged off questions about the legitimacy of his mandate amid low turnout, stressing that he would listen to the views of his sector, which historically has been dominated by pan-democratic barristers.

He also defended the existence of the Bar Association, a frequent target of the pro-Beijing press and regarded by the central government as the “bad boy” of the legal scene for its outspokenness.

“I hope that during my term, [Hong Kong] will not just maintain its rule of law, but hopefully it becomes stronger,” he said.

“I would like to use my experience and knowledge to help local professionals open the market in mainland China.”

Over the past few years, Lam himself has been focusing on developing his business across the border. Revisiting the remarks that brought him down years ago, he said that in retrospect, he should have taken the time to elaborate on his reasoning. 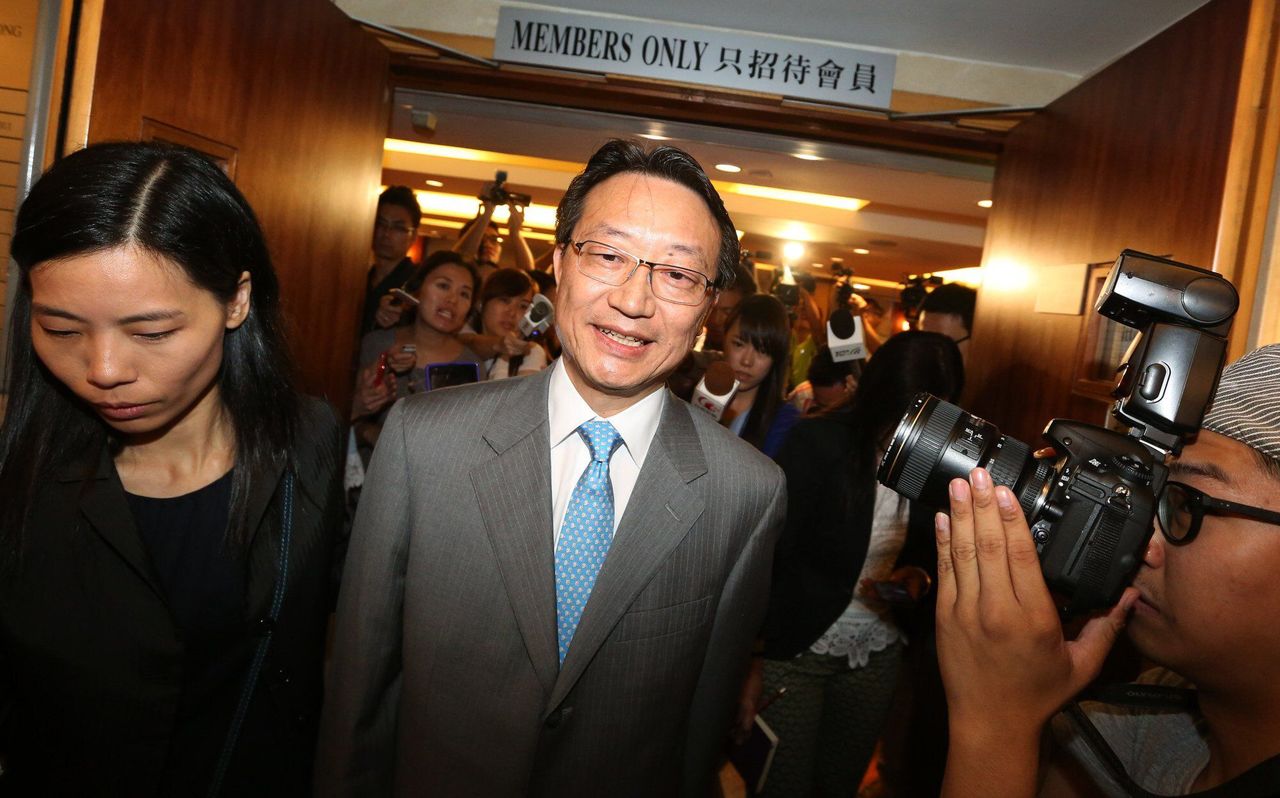 Ambrose Lam speaks to the press in 2014, when a vote of no confidence led to him stepping down as head of the Law Society.

At the time, Lam had been criticised for voicing support for a contentious white paper from Beijing, while the society’s council was still deciding on its official response to the document.

The paper categorised judges as among those “who administer Hong Kong” and stated that as such, they should be “patriotic”, a view considered by many lawyers to be a threat to the city’s judicial independence.

On a radio show around the same time, Lam also offered the assessment that “the Communist Party is great”.

Looking back, Lam explained that he had meant the country had come a long way since Mao Zedong declared the establishment of the People’s Republic of China in 1949. The nation, Lam said, had become “wealthier and stronger”, with “spacecrafts stationed in space”.

The 60-year-old now considers the 2014 brouhaha to be a lesson in sensitivity. Although the resulting no-confidence vote against him passed by a wide margin — 2,392 to 1,478 — Lam said he never regretted making the remarks.

He went on to say that the degree of judicial independence in Hong Kong had never changed, despite concerns repeatedly voiced by Western governments since the imposition of the Beijing-decreed national security law in June 2020.

In its latest six-month report on Hong Kong, the British government, which has in the past shied away from commenting on the city’s courts, called its assessment of local judicial independence “increasingly finely balanced”.

In perhaps the most controversial case to be brought under the new law, 47 opposition figures were charged with subversion over an unofficial primary aimed at identifying candidates for the Legislative Council election. Most have been locked up for almost a year awaiting trial, as the security law imposes a higher threshold for granting bail. 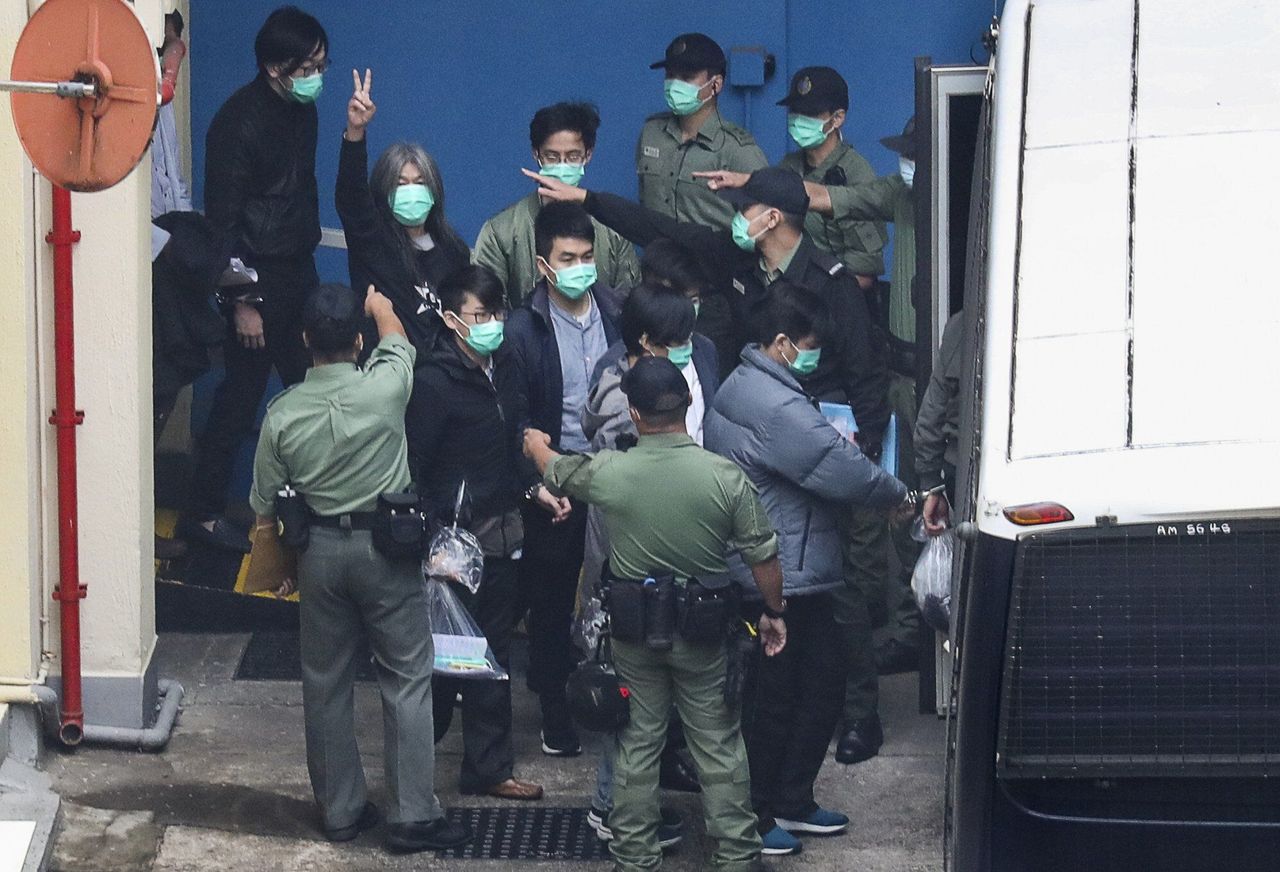 Lam has defended the delay in hearing the national security case brought against 47 opposition figures over an unofficial primary in 2020.

Lam attributed the lengthy delay to a backlog of cases, and said Hongkongers “have to trust our system”.

“I will present a true view of the Hong Kong situation,” he said. “And also, the UK has no position to intervene in Hong Kong affairs.”

Voter turnout for the legal sector was over 70 per cent in the last Legco poll in 2016, won by Lam’s predecessor Dennis Kwok from the opposition Civic Party. By comparison, only 34 per cent of eligible electors voted in the December poll that returned Lam.

But Lam claimed the turnout rate was similar to those seen in Western countries, adding that he was “quite happy with the result”.

He pledged to listen to different views and noted the importance of the Bar Association ahead of the legal body’s annual general meeting on Thursday. The meeting returned new leadership that many believe will prioritise professionalism over political issues.

Lam said he would reach out to the winners, and declined to offer a defence of outgoing chairman Paul Harris, who has been dubbed an “anti-Beijing politician” by the pro-government press.

After graduating from the University of Essex in Britain, Lam was in 1988 admitted as a solicitor in Hong Kong, practising mainly conveyancing and commercial law. He was elected Law Society president in 2013, and sought opportunities in mainland China following his ousting a year later. He was the first to open a joint venture law firm on the mainland, in partnership with a local firm there.

China’s latest five-year plan sets out the goal of making Hong Kong the region’s dispute resolution hub, with a new legal exam introduced by mainland authorities last year to allow the city’s lawyers to practise law in some cities across the border.

Lam said there were ample opportunities for lawyers planning to set up joint ventures, which can give them the advantage of becoming go-to partners at mainland law firms, rather than fighting for such spots at local firms. Lawyers could even preside in arbitration cases on the mainland, he said.

“The business and commercial transactions between Hong Kong and the mainland are growing, and there are bound to be more disputes. It’s got to get more popular for the commercial parties to use arbitration,” he said.