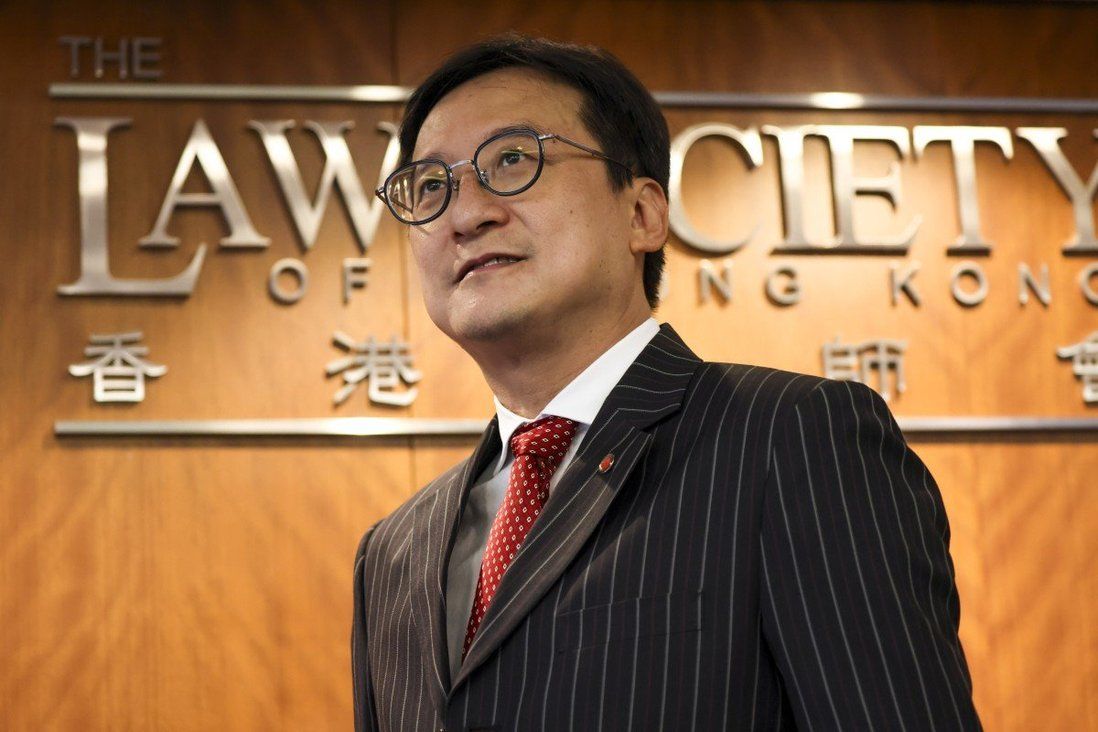 Law Society president Chan Chak-ming says he has been in talks with the judiciary about amending a law to allow remote hearings for criminal cases.

A top legal body in Hong Kong has said it is working with the judiciary to explore the possibility of expanding the use of remote video hearings after court closures amid the coronavirus pandemic dealt a blow to lawyers’ businesses.

Law Society president Chan Chak-ming said the proposal was not confined only to civil cases, which had already seen the use of such technology when hearings were adjourned last year due to Covid-19, but also for criminal proceedings.

“We have discussed with the judicial administrator about amending the law to allow remote hearings for criminal cases,” he said, adding that talks were still in the early stages, with details to be refined.

Chan, who took up the top post at the city’s top legal body in September last year, also said he had asked the judiciary to allow more procedures involving civil cases to be dealt with in writing rather than a physical hearing and to also improve digital systems for document submission.

With a growing number of judges, lawyers and court staff testing positive for the coronavirus during the city’s most severe wave of infections yet, the judiciary announced earlier this month an adjournment of almost all cases between March 7 and April 11.

While the regulatory body is not privy to the law firms’ revenues, Chan said anecdotal evidence from his peers pointed to a rather significant reduction in their income.

“For those specialising in litigation, their work has been affected because the court has closed, meaning lesser income,” he said.

“Lawyers who specialise in commercial work also took a hit because many business activities have grounded to a halt, leading to lower demand for legal services,” he added.

Responding to the Post’s inquiry, Bar Association chairman Victor Dawes said earlier that the organisation had been in touch with the judiciary to press for wider use of video-conferencing facilities to reduce disruption.

“We see this as a way to minimise delays and we hope the use of video-conferencing facilities can be the norm in the next few months,” he said.

On Friday, Law Society vice-chairman Roden Tong Man-lung said the body had been in contact with various government agencies, such as the Lands Department and Inland Revenue, to learn about the legal implications for clients and lawyers affected by quarantine orders.

Tong noted the closure of the courts had also affected trainees, leaving them unable to attend appointment ceremonies in court, adding that he had asked the judiciary whether such matters could be dealt with in writing.

Another vice-chairman Christopher Yu Kwok-kin said they had adjusted solicitors’ confidentiality rules to allow lawyers to temporarily bring their work home so long as they could fulfil certain privacy criteria.

The Law Society said it had maintained its free legal service hotline during the pandemic and had plans to release videos educating the public on how to deal with legal predicaments arising from the health crisis.

“The Law Society and our 12,000 members will continue to help the public resolve their legal problems amid the pandemic,” Chan said.