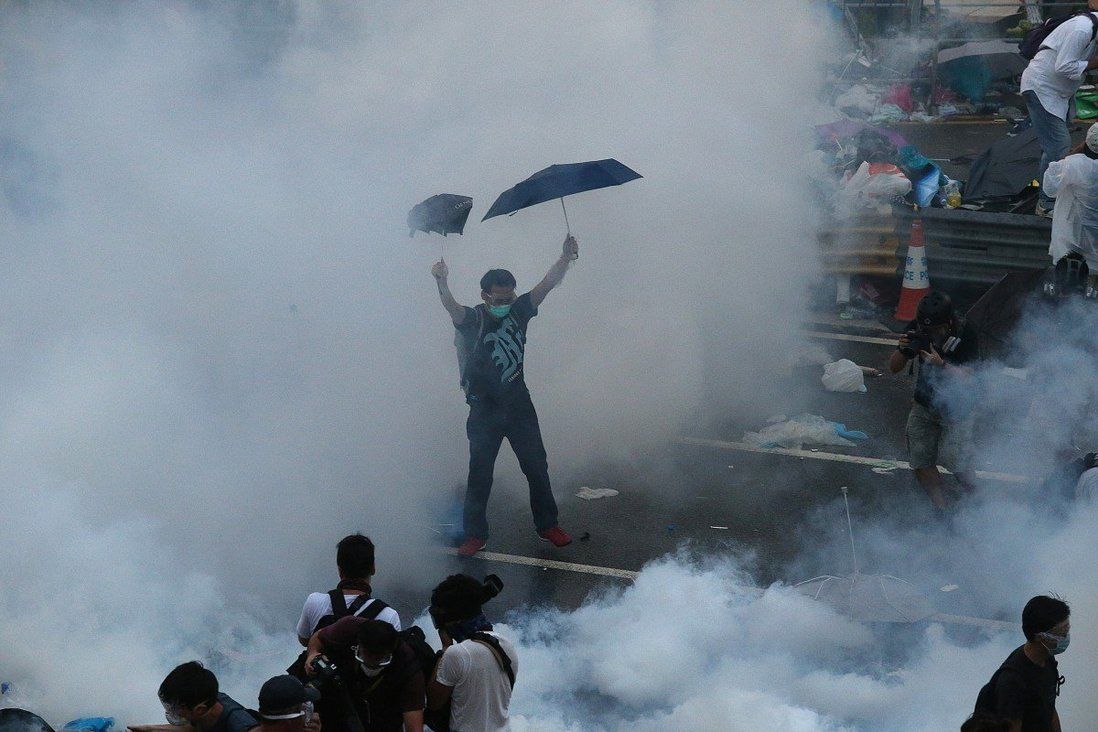 Hong Kong’s Security Bureau has launched a virtual exhibition to mark the first anniversary of the Beijing-imposed national security law, making the case that the previous lack of such legislation had left the city “defenceless” against unrest in recent years.

The website dedicated to the exhibition points to the failure in 2003 to pass local national security legislation under Article 23 of the Basic Law – the city’s mini-constitution – and raises the spectres of the Occupy movement in 2014, the Mong Kok clashes of 2016 and the anti-government protests in 2019 as evidence of the new security law’s necessity.

The materials, presented in the form of a virtual museum tour, credit the legislation – enacted on June 30 last year – with bringing an end to the chaos of the 2019 protests, which grew increasingly violent as they wore on. They also note significant drops in arrests for public order offences, arson and criminal damage since the law’s implementation, while touting recent stock market gains.

But observers on Saturday were unconvinced the glossy PR push would be effective in boosting support for the sweeping law.

Marketing consultant Vincent Tsui said the virtual exhibition was a fresher way of explaining policy than the government’s usual approach, but added that the promotional efforts would nonetheless do little to convert those who opposed the legislation.

“If people do not agree with the reasoning, it doesn’t work, no matter how beautiful the packaging is,” he said.

Veteran China-watcher Johnny Lau Yui-siu agreed the exhibition would do little to sway public opinion, but blamed what he characterised as its one-sided take on events, which he said was more reminiscent of the tack usually taken by mainland Chinese authorities. 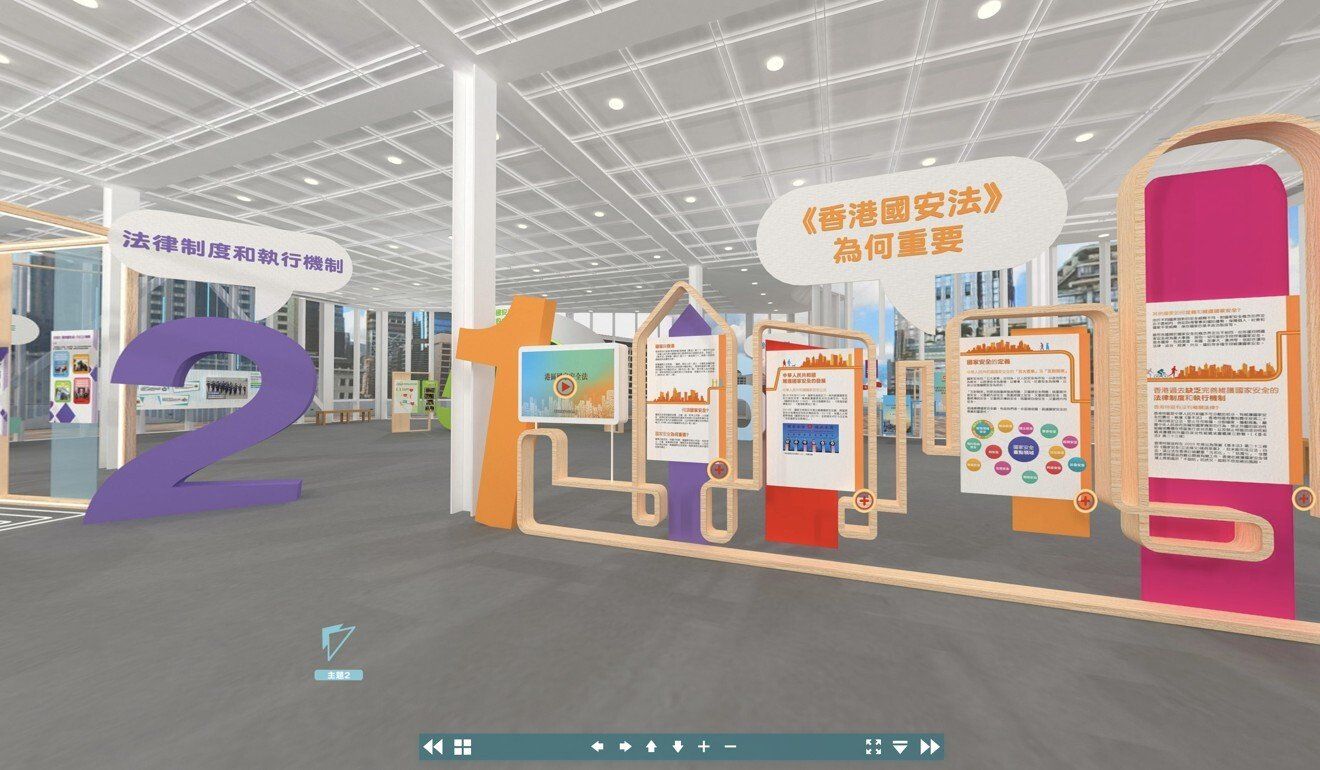 For instance, in describing the 2019 unrest, the website highlights data on the damage caused and the violence perpetrated by radical protesters, saying “scores of saboteurs attempted ‘mutual destruction’”. However, it makes no mention of the massive peaceful demonstrations that took place before the violence became commonplace, nor does it delve into the causes of the unrest.

“This kind of approach will not be able to convince others,” he said. “If you are confident, then you can lay out all the good and bad.”

But Lau Siu-kai, vice-chairman of the semi-official think tank the Chinese Association of Hong Kong and Macau Studies, argued the government was not putting out an academic study, but rather presenting the official narrative.

He added that Western critics’ own narrative of the unrest was similarly biased, and did not take into account the governing principle of “one country, two systems”.

“People can fight for democracy, but they can’t neglect the interests of the Communist Party, or [allow for the possibility that] anti-Communist Party forces will control the political system and undermine the regime,” he said. “The Western narrative never mentions this because they think the Communist Party is evil.”

On Saturday, Beijing’s liaison office in the city, along with the local government, also opened a showcase celebrating the centenary of the founding of the Communist Party at the Hong Kong Convention and Exhibition Centre in Wan Chai.

Speaking at the opening, Secretary for Justice Teresa Cheng Yeuk-wah said the one country, two systems principle was intended to both protect the country’s sovereignty and territorial integrity, and maintain the city’s prosperity and stability. As such, she continued, Hong Kong must fully implement legal systems and executive mechanisms that safeguarded national security.

The showing charts China’s transformation into a powerful nation, while also acknowledging some of the darker chapters in its history, such as the Cultural Revolution, though it makes no mention of the Tiananmen Square crackdown in 1989.

It also touches on the 2019 protests in Hong Kong, saying the “black violence” and pro-independence advocacy that arose from the movement had presented the city with its biggest challenge since its return to China.

As of noon, more than 100 visitors had visited the exhibition, with some waving Chinese flags.

Anthony Liu, 50, who brought his three daughters to the event, said he felt the exhibition should have included the 1989 crackdown to show people the country was open-minded.

“As a big country, you should accept more criticism so that you can improve,” he said.

But fellow visitor Sun Lai, who moved to Hong Kong from Xinjiang 20 years ago, said a warts-and-all approach would have been inappropriate for a celebration of the party’s birthday.

“Will a couple talk about their daily disputes on their marriage anniversary?” she said.