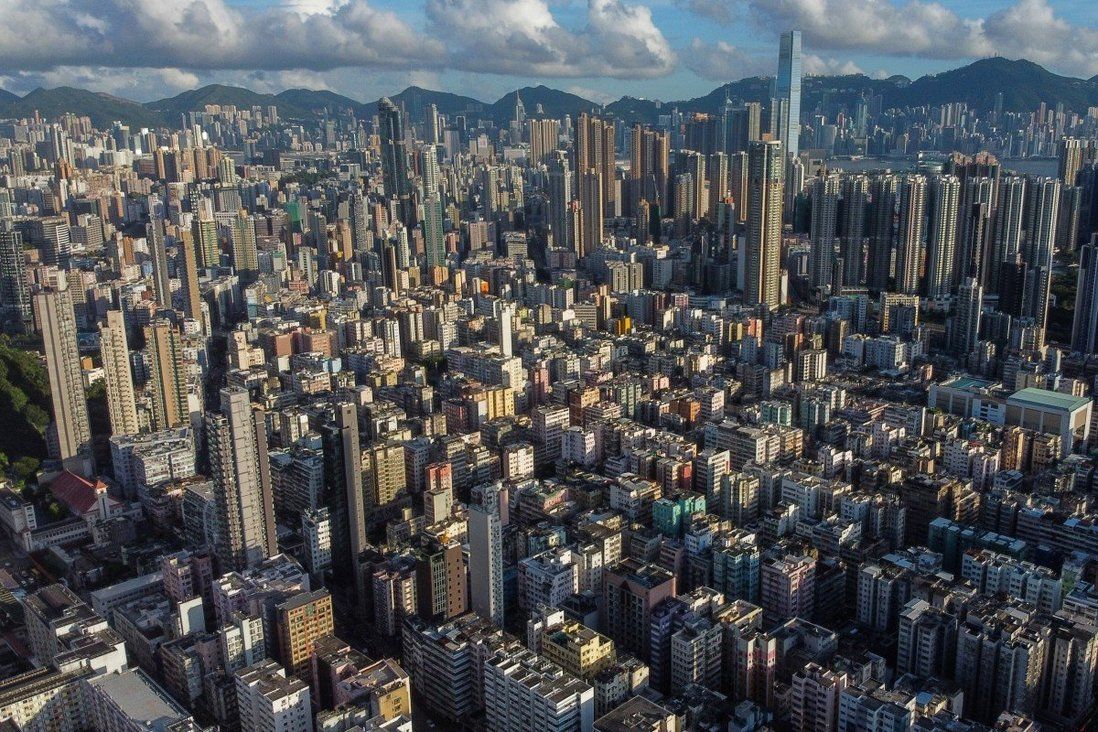 Government adopts all recommendations made by task force, with rent increases tied to market index, and fines for landlords that overcharge tenants. New bill could be passed as soon as the end of this year.

Landlords of subdivided flats, home to some of Hong Kong’s poorest people, face fines of at least HK$10,000 (US$1,300) if they overcharge tenants rent or utilities under a law that could take effect this year.

The government has adopted all the recommendations from a task force that led a study on tenancy control, which submitted its final report in March.

These include tying rent increases for subdivided flats to a market index, capping rises at 15 per cent, and mandating a standard contract between landlords and tenants.

Secretary for Transport and Housing Frank Chan Fan dismissed concerns that landlords would immediately raise rents or evict tenants before the measures were implemented. 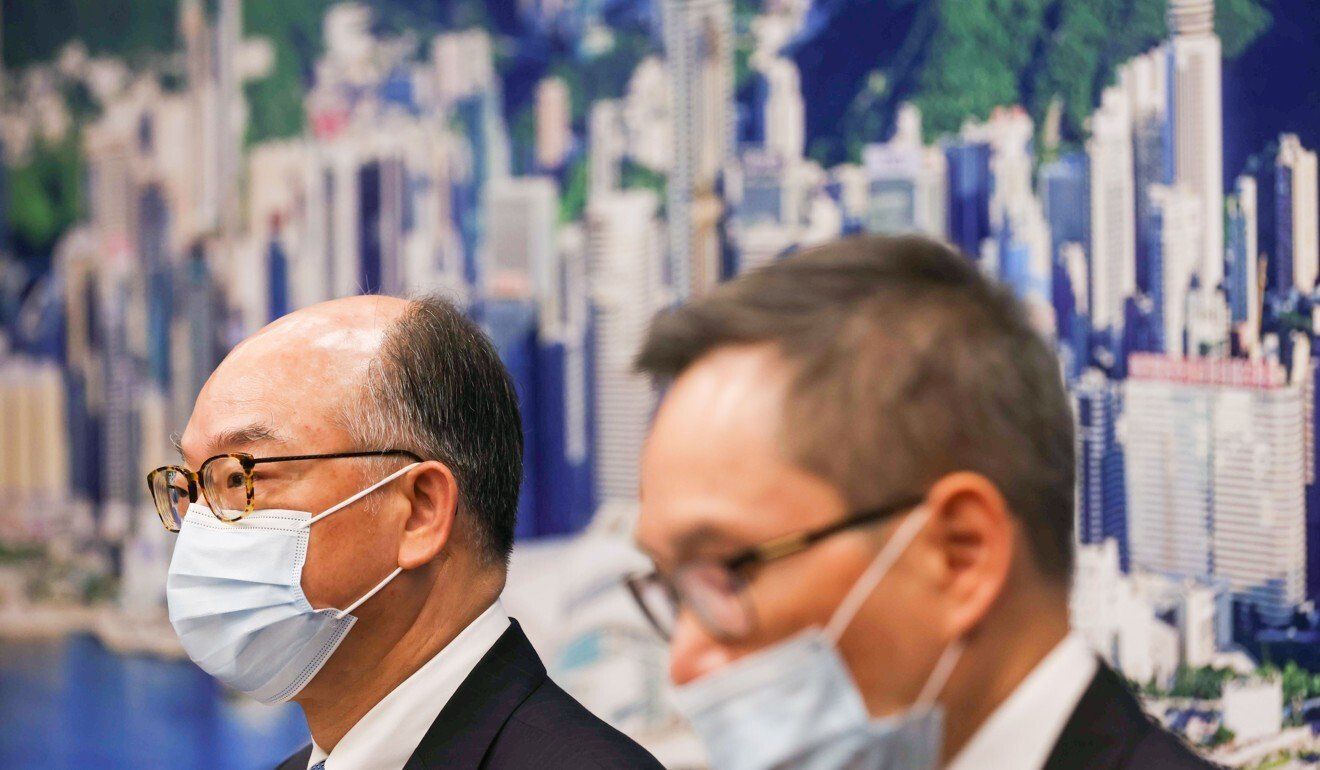 Secretary for Transport and Housing Frank Chan (left) discusses the new bill at a press conference on Tuesday.

“There has already been a very long time between the chief executive’s announcement of plans to introduce the tenancy control bill in the current legislative session [in February] until now,” he said. “If there was a time window [for landlords to take ‘pre-emptive’ actions], it would have already existed, it won’t suddenly appear today.”

Officials have identified a lack of affordable housing as one of the most crucial issues facing the city, which is the world’s most expensive property market.

The average waiting time for public housing has climbed to 5.8 years, the longest in more than 20 years. Many have no choice but to live in poorly maintained subdivided flats in rundown buildings while they wait.

Under a standard tenancy agreement, tenants would only need to pay the rent, deposit, utility charges and fees for any breach of the agreement.

The lease would be fixed for two years, and on expiry the tenant will have priority over others to renew it for another two years, with the rent subject to control.

Landlords will have to follow a rent-regulation mechanism, which adopts the Rating and Valuation Department’s index reflecting rent levels of all classes of private residential properties.

The rate of increase is capped at no more than the percentage change of the index, or 15 per cent, whichever is lower.

After four years, the landlord and the tenant would be free to negotiate and enter into a new agreement with no cap on rent increase.

The landlord must submit information about the tenancy to the department within 60 days after the term of the tenancy begins, or pay a HK$10,000 fine. An additional HK$200 penalty will be imposed each day until the notice is submitted.

They will also be required to have the signed tenancy agreement stamped with the Stamp Office within 30 days.

Chan said the information collected would be analysed and could be used to set a database of subdivided units for the market’s reference.

A landlord will be subject to a HK$10,000 penalty if they ask the tenant to pay for items other than those prescribed in the contract, or charge them more than their allotted share of utilities. The fine will rise to HK$25,000 on a second or subsequent conviction.

Tenants will be able to file a complaint to valuation officials if their landlords commit a breach. The department will be responsible for taking enforcement action.

The bill covers subdivided units in residential as well as industrial and commercial buildings, even though the latter are illegal residential areas known to be popular with low-income households. Illegal structures or unauthorised building works, however, will be excluded.

Asked whether the arrangement would expose those living in industrial buildings to a crackdown, Chan said the department “would not take the initiative” to supply information to law enforcement agencies.

The first reading of the bill by the legislature will begin next Wednesday. Once the bill is passed, rent control could be in place by the end of the year, or early 2022. 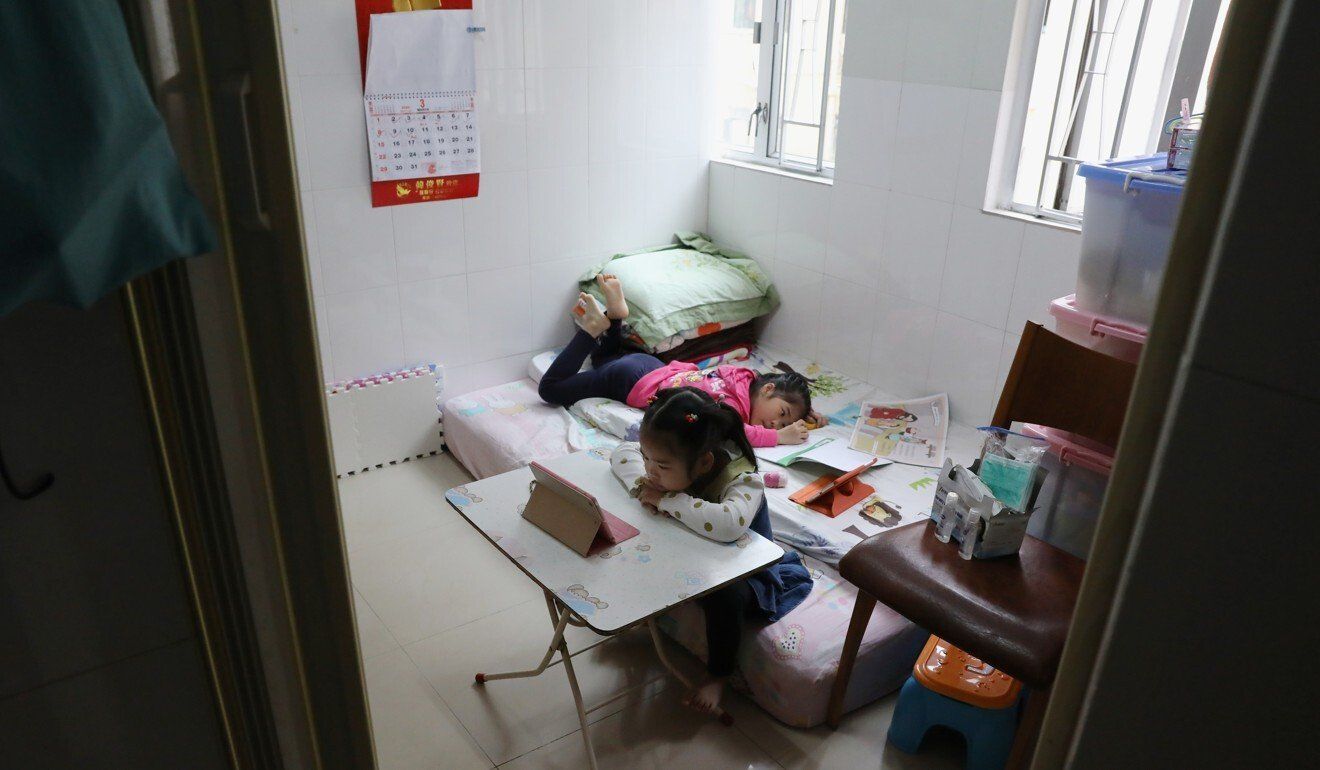 Two children do their homework in a subdivided flat in Tsuen Wan.

The Democratic Alliance for the Betterment and Progress of Hong Kong, and the Federation of Trade Unions, two pro-establishment parties in the legislature, said the cap should be lowered to 10 per cent. The alliance’s Vincent Cheng Wing-shun said he might table an amendment for that reduction.

Kenny Ng, spokesman for the Kwai Chung Subdivided Flat Residents Alliance, questioned if the government would also send in law enforcement teams to check on landlords.

“While the fines are good to pressure landlords, how will the government implement this policy and find out if a landlord is committing an offence?” he said.

The Society for Community Organisation said it was disappointed the bill did not regulate building safety.