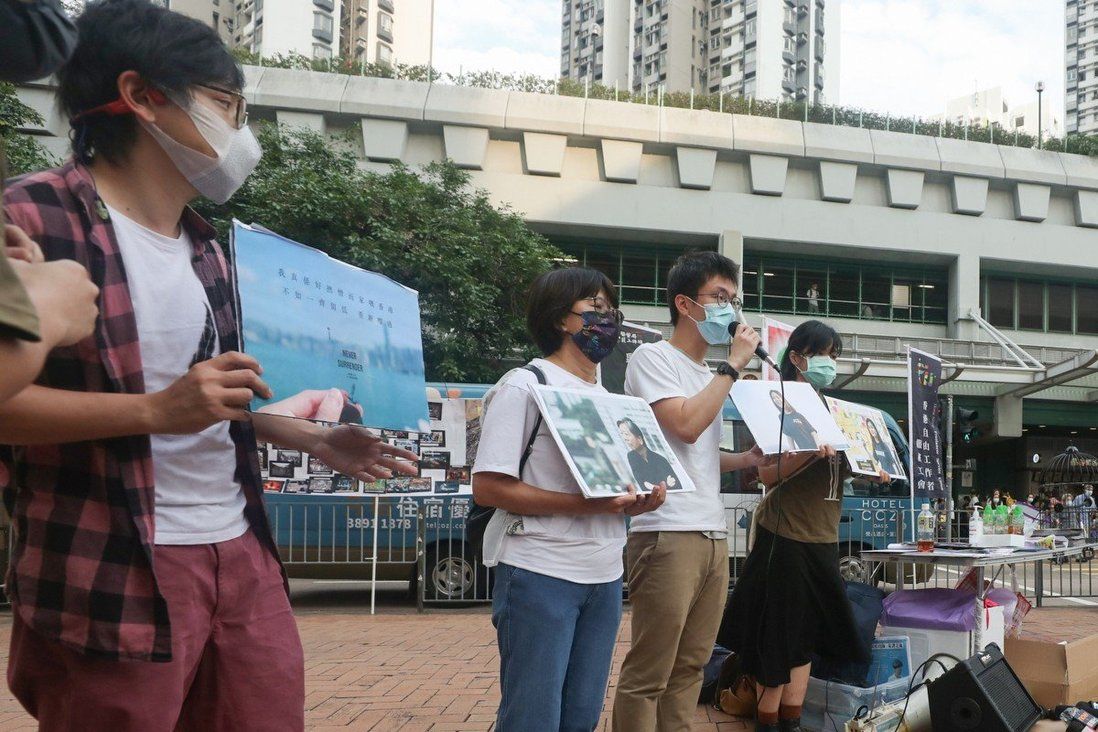 Confederation of Trade Unions, formed by about a dozen labour groups arising out of anti-government protests, voice their concerns over bill.

With Hong Kong’s opposition political parties all consumed by the arrests of some of their members, an unexpected alliance against the controversial legal amendments on immigration control has emerged.

Formed by about a dozen opposition labour unions arising out of the 2019 anti-government protests, the group has come together in the past weeks under the Confederation of Trade Unions (CTU), to express their concerns about the Immigration (Amendments) Bill 2020.

Parts of the bill are believed to have led to worries it may grant the Immigration Department unfettered power to prevent Hong Kong residents from leaving the city, although officials have said they would refine its scope in a subsequent subsidiary legislation to target abuse of the city’s system to gain asylum status.

The alliance set up roadside booths to raise public awareness and explain their concerns, making them the loudest opposition voice heard so far, despite the Legislative Council passing it in less than two hours on Wednesday.

The development has led political observers to wonder whether labour unions will replace parties to drive the city’s opposition, though some unionists who talked to the Post on the eve of Labour Day were uncertain.

Leo Tang Kin-wah, from CTU, who led the alliance, said they worked together after realising some of the topics of public interest were also among their concerns. He cited the government’s recent move to restrict certain access to public records as one such issue of common concern.

Tang said such restrictions, which struck at the core of the public’s right to information, affected those working in the finance and accounting industry.

But he said he had only managed to get about 15 or 16 unions on board over all the three campaigns they were now running, the third being a scrutiny of the government’s Covid-19 vaccination policy.

“Not all unions are willing to be that high-profile these days,” he said. 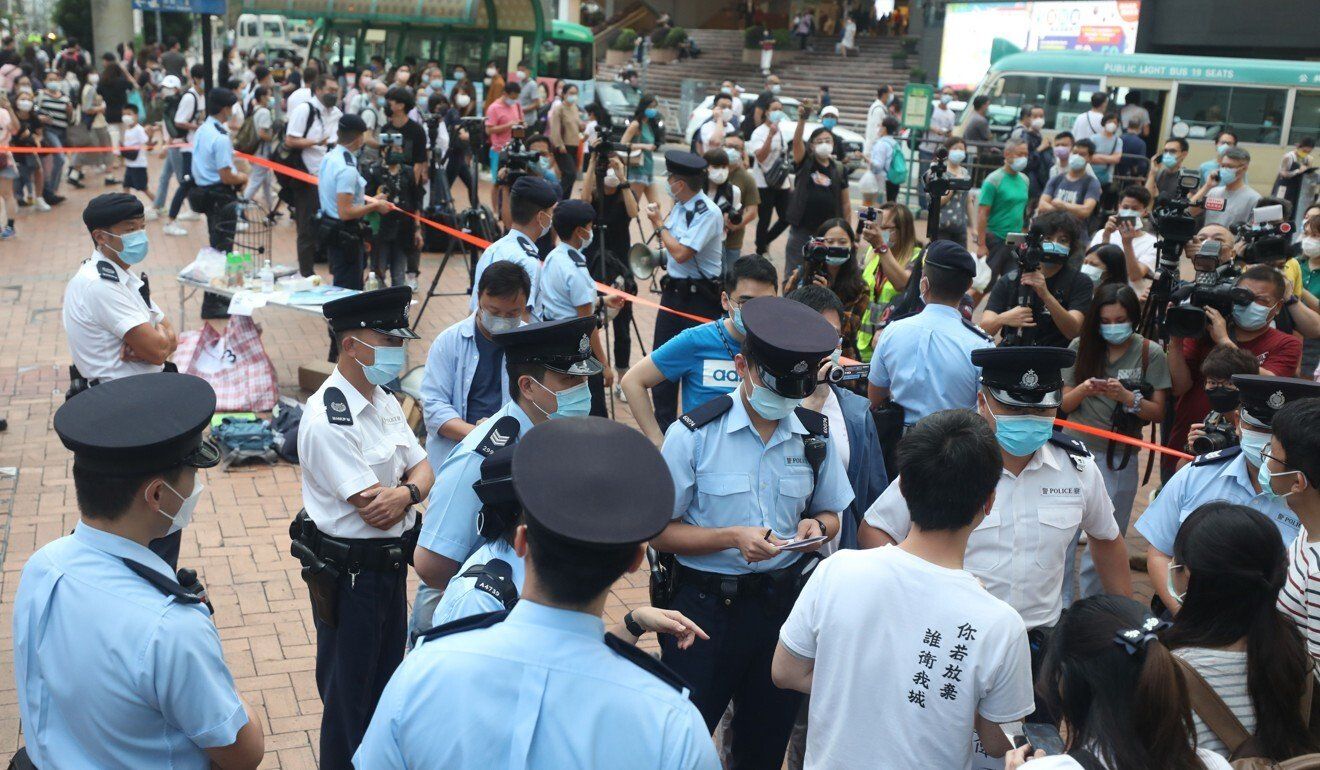 Police officers near the street booth set up by Confederation of Trade Unions in Kwai Fong on Saturday.

Shortly after the press conference the alliance held a week before the passing of the immigration bill, for instance, it drew a “strong condemnation” from the Security Bureau, which accused “individual organisations” of “making false statements”. The alliance has also drawn the wrath of pro-establishment newspapers and politicians.

The group has never identified the individual unions taking part in the campaigns. Their legal status is subject to review by the authorities once a year, while there are also concerns that individual members could face retribution from their own sectors.

Tang also said union groups often did not have an effective way to get their messages across, the way some influential opposition figures did.

Barrister Chow Hang-Tung, from the Alliance in Support of Patriotic Democratic Movements of China, which is also a member of the alliance, said when compared to political parties, labour unions simply did not have the resources to conduct policy studies.

Because of that, she said, throughout the campaign of the immigration bill the alliance had to rely on views advanced by the Bar Association.

“We are not professionals,” she said. “There is no way union groups will be able to focus on one topic in a long run.”

Democratic Party chairman Lo Kin-hei said he had spoken out against the immigration bill at the outset.

“But we are just too consumed by other things, such as our members who have been arrested,” he said.

Tang, from the CTU, acknowledged that given the current composition of Legco, which had been dominated by the pro-establishment camp following massive walkouts by the opposition camp, there was simply no way for them to get lawmakers to compromise.

“But at least we can alert Hong Kong people about the important and sensitive issues,” he said.