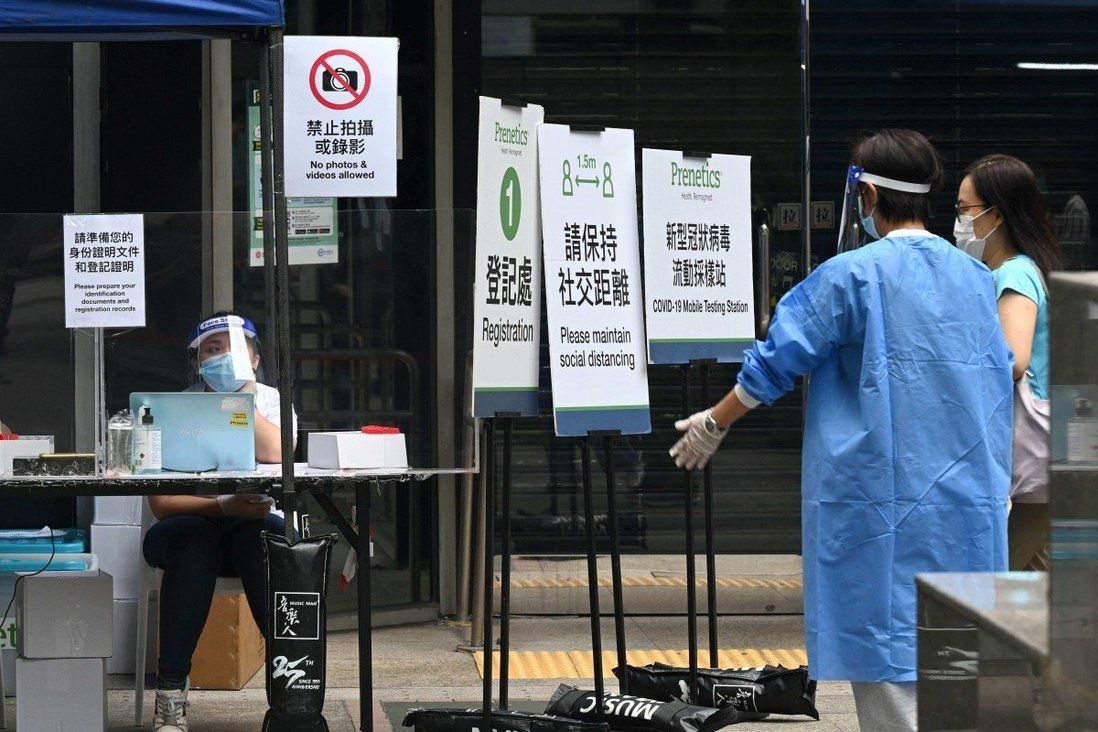 Secretary for Labour and Welfare Law Chi-kwong says concerns raised by domestic worker employment agencies over the ban’s impact on the city’s supply of helpers were overblown.

Hong Kong’s labour minister has defended a 14-day flight ban imposed on the Philippines amid a rise in imported Covid-19 cases, saying fewer than 1,000 domestic workers have been affected.

The blog post from Secretary for Labour and Welfare Law Chi-kwong came as the city confirmed six new coronavirus cases on Sunday. Four of the new cases – patients aged 30 to 41 – were imported, with three from Indonesia and one from the Philippines, while the two local infections were detected in quarantine and were family members of a patient living in Tseung Kwan O.

The imported case from the Philippines involved a 39-year-old domestic helper who was confirmed with the N501Y variant. The woman was asymptomatic and her test sample was taken on the 12th day of her quarantine period at the Dorsett Mongkok hotel.

Starting on April 20, Hong Kong slapped 14-day bans on flights from the Philippines, India and Pakistan over worsening Covid-19 outbreaks in those countries, but medical experts have suggested that the time frame should be extended if the situation shows no signs of improvement.

The ban has prevented Filipino domestic workers from travelling to the city, with agencies previously estimating around 1,800 had seen their plans disrupted. 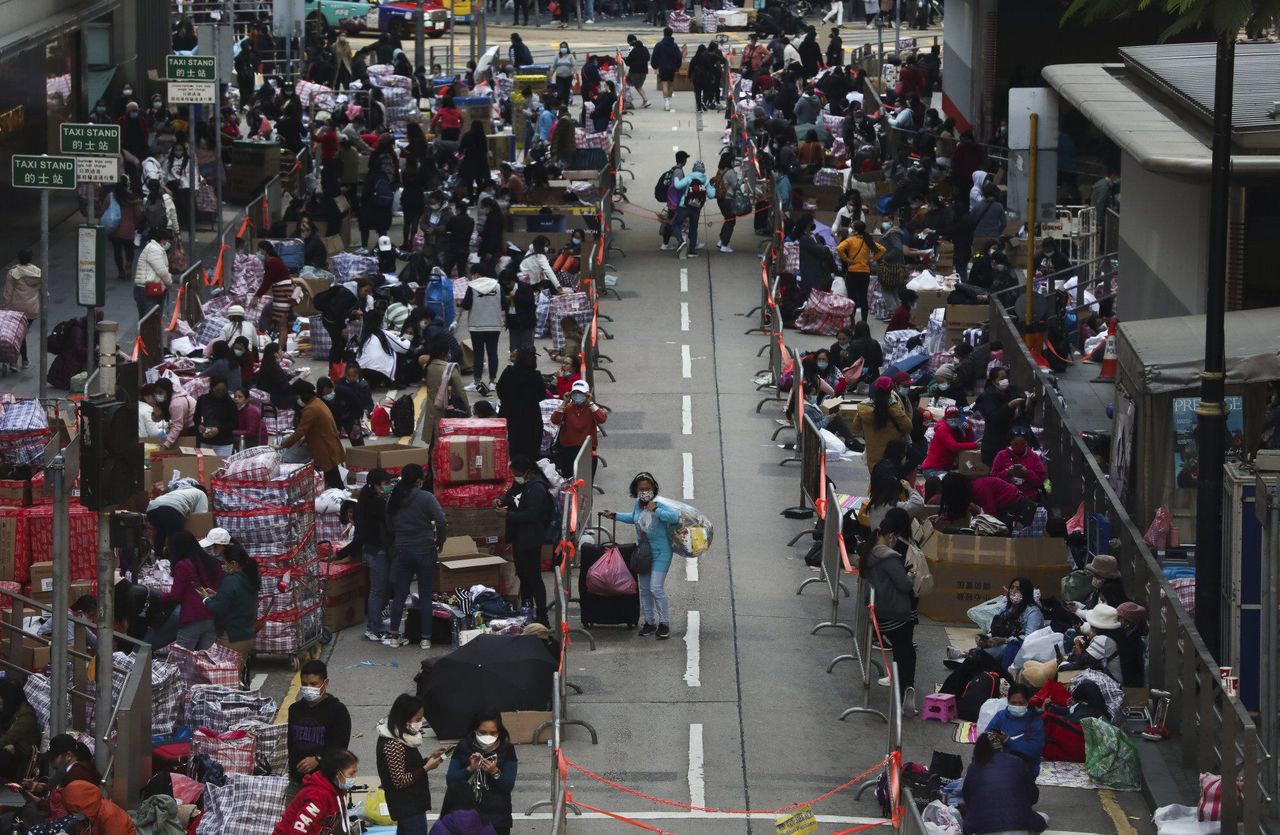 Domestic workers gather in Central on their day off earlier this year.

Law on Sunday said the government understood the trouble the move had caused for employers, but insisted there were far fewer helpers affected by the ban than industry representatives made out.

He said that since lockdowns went into effect in Manila and other cities on March 29, the average number of domestic helpers arriving in the city had dropped from 60 a day to just 39. Even using pre-lockdown figures, he continued, estimates suggested that a maximum of just 840 domestic helpers were affected by the flight ban, about 1,000 fewer than the industry claimed.

The overall number of domestic workers in Hong Kong had also decreased from 400,000 to around 370,000 during the pandemic, Law added.

“The decrease in the supply of newly arrived foreign domestic helpers will definitely cause great trouble to Hong Kong employers and families, especially families that hired Filipino workers to help take care of young children and the elderly,” he conceded.

“[But] controlling the epidemic is the most important consideration now. As the international pandemic situation has worsened and variant viruses are rampant, we must be more cautious with our border measures,” Law wrote, adding that the policy towards domestic workers was no exception.

Law said the government had extended the validity period of visas for newly hired domestic workers, while allowing employers to extend their current helpers’ contracts for three months. Employers could also negotiate refunds with quarantine hotels if their bookings for arriving helpers were affected.

Over the past two weeks, the Philippines has been recording about 10,000 new Covid-19 infections a day. Its vaccination programme began in March, but so far, only about 1.3 per cent of the population of 108 million have had at least one dose of vaccine.

Hong Kong’s own vaccination drive has also got off to a slow start, with only about 11 per cent of the city’s population receiving at least one dose since the campaign kicked off in late February.

The relatively low take-up prompted Financial Secretary Paul Chan Mo-po to warn in a blog post on Sunday that a low vaccination rate would hinder personnel exchanges and hobble the city’s economic recovery when the Covid-19 situation improved in many other places.

Still, Chan said the city’s gross domestic product in the first quarter should see a “significant improvement” after the economic pain of the past six months. Export figures for March, expected to be announced on Tuesday, should see an improvement as well, he added.

“We must bring the local epidemic situation under full control as soon as possible before we can resume business and tourist travel with the mainland and internationally, otherwise the job market will be difficult to improve in an all-round way,” Chan said.

“Fresh graduates are also about to enter the labour market, thus there is limited room for further improvement in the job market in the short term.”

Chan said analysts had suggested that only when a large proportion of residents were vaccinated could the impact of the virus be mitigated and social distancing and travel restrictions be further relaxed.

“Currently, vaccination programmes in Europe, the United States and other places are progressing well, and they are actively planning to resume international travel,” he said.

“If Hong Kong’s vaccination pace still lags behind, the city will be constrained relatively when overseas markets resume personnel exchanges on a larger scale, and the city’s economic recovery will also be delayed.”