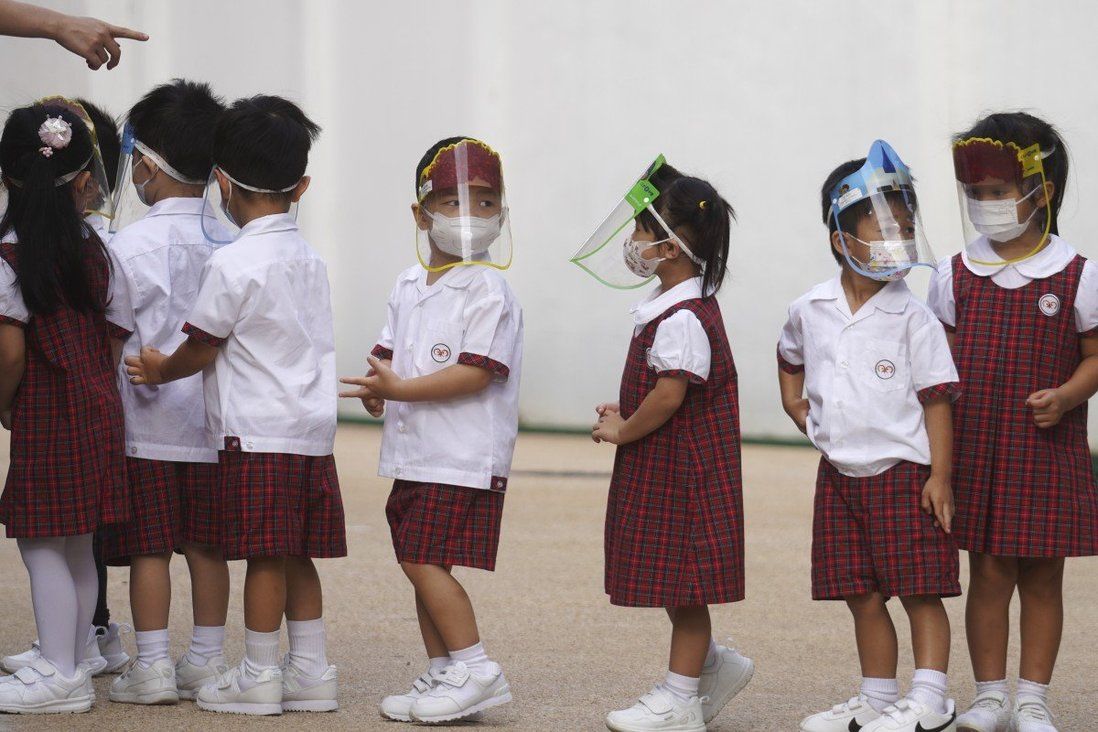 Local minimum age for Chinese-made drug to be lowered from 18, with Sinovac already available for younger recipients on mainland and overseas

Children as young as three in Hong Kong will have access to the Chinese-made Sinovac coronavirus jab, with priority for those aged 12 to 17, following a latest government approval to extend the city’s vaccination drive to a wider group.

The approval made on Saturday, which came a day after government advisers recommended lowering the vaccination age, was expected to pave the way for the resumption of full-day classes for all schools.

The move will provide an alternative for teenagers, as only German-produced BioNTech vaccines are currently available to children aged 12 and above.

“The secretary for food and health considered that the benefits of approving the extension of the age eligibility of the CoronaVac vaccine to cover those aged three to 17 outweigh the risks,” officials said, referring to the trade name of Sinovac.

“Doing so can protect them from Covid-19 infection and also enable them to resume normal school and daily life as soon as possible.” 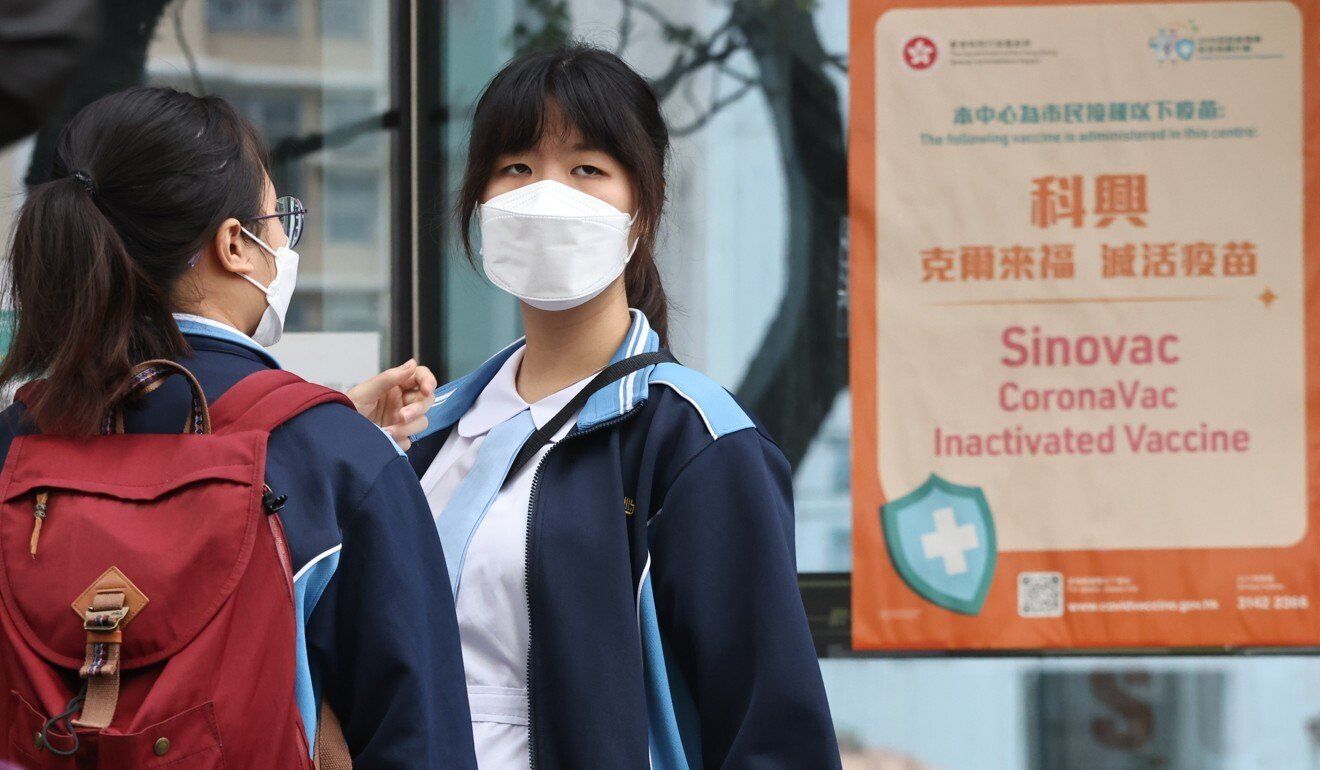 They added the health secretary had agreed that adolescents aged 12 to 17 would be given priority, with the drive extended to younger recipients at a later stage. The move will be launched “as soon as practicable”. The current minimum age for Sinovac shots in Hong Kong is 18.

Professor Lau Yu-lung, chairman of the Scientific Committee on Vaccine Preventable Diseases under the Centre for Health Protection (CHP), said he noted many teenagers had been waiting to receive the Sinovac jab.

He expected the move would help push the vaccination rate of students from the existing 70 per cent to as high as 90 per cent.

“This will help pave the way for resumption of full-day classes among all schools,” he said.

Lau said on Friday the data reviewed showed the jab was safe and reliable for the younger age group, with no worrying signs. 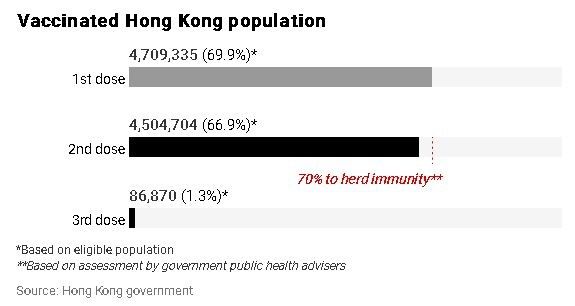 Professor David Hui Shu-cheong, a government pandemic adviser, said the Sinovac inoculation programme could be extended to primary school pupils early next year, followed by those in kindergarten.

“When we open the Sinovac [jab] to school students aged 12 to 17, that will definitely push up the vaccination rate because there are always some parents who are concerned about the risk of myocarditis if they receive BioNTech,” he said.

As of November 17, there were 33 cases of myocarditis, an inflammation of the heart muscle, following vaccination, of which 28 involved boys and five girls aged 12 to 15. Their symptoms disappeared after treatment.

Authorities said last month they were likely to approve the use of BioNTech for children aged five to 11 “very soon”.

Hui told the Post that Fosun Pharma, the agent distributing BioNTech vaccines in Hong Kong and Macau, would apply on behalf of the German firm to lower the age limit and “was making sure there’s a factory supply line for the shots before lodging an application”. 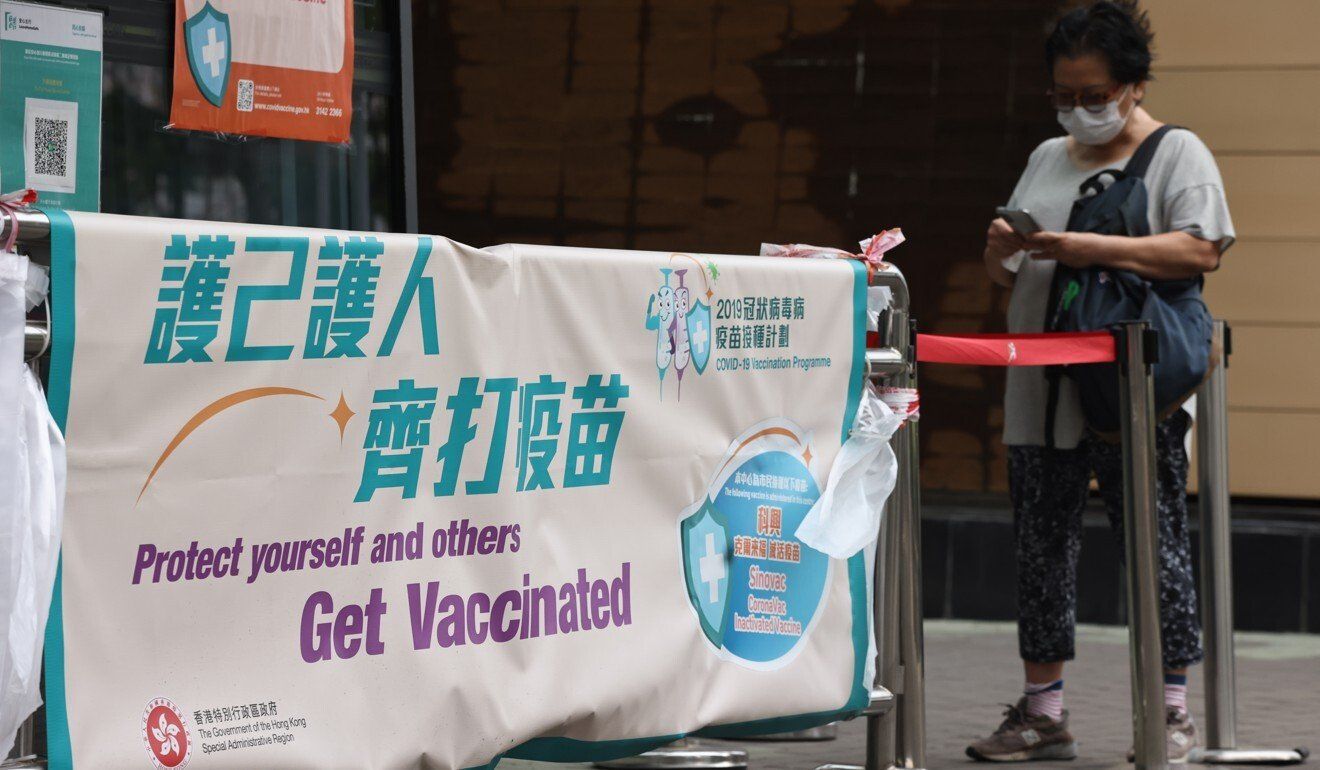 The government’s latest decision could help push the vaccination rate of students from the existing 70 per cent to as high as 90 per cent, according to Professor David Hui.

Hong Kong confirmed three coronavirus cases on Saturday, taking its total infection tally to 12,399 cases and 213 related deaths. All of the new cases were imported and involved arrivals from the Philippines, Canada and Pakistan.

Henry Tong Sau-chai, the former chairman of a government advisory committee on home-school cooperation, said at least half of the parents he had spoken to were taking a “wait and see position”.

The parents were concerned about possible side effects of the Sinovac vaccine on children and wanted more local data on the drug’s efficacy before deciding whether to let their children take the jab, he added.

The government’s decision to prioritise those aged 12 to 17 for the Sinovac vaccination drive was a good one, Tong said, as more schools could then resume a full day of teaching.
The move would also encourage parents to get their younger children inoculated at a later stage. 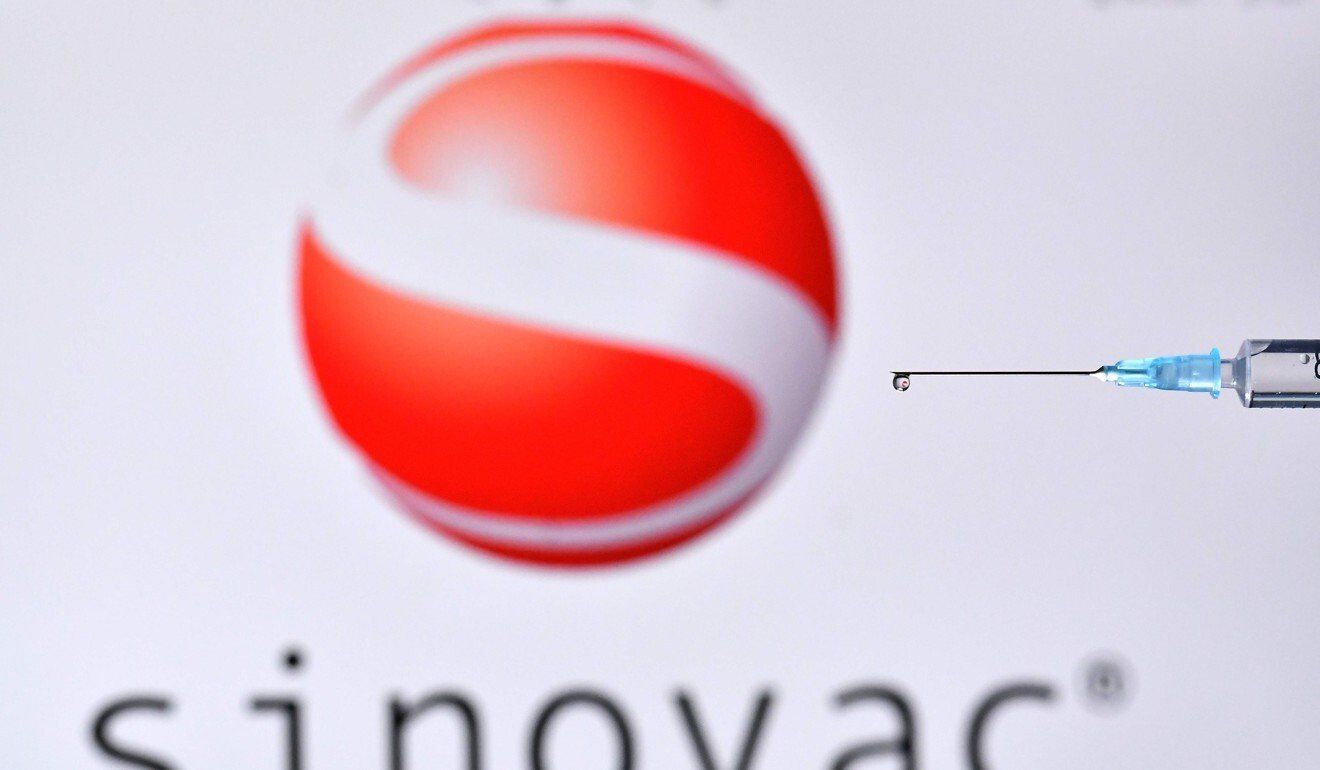 About 130 million Sinovac doses have been given to people aged three to 17 in mainland China and overseas.

About 130 million Sinovac doses have been given to people aged three to 17 in mainland China and overseas, including at least 6 million to those between three and 11.

Children, like adults, are recommended to receive two doses of the vaccine, 28 days apart, with the possibility of a third jab six months after the second shot.

The suggested approach is similar to that of the mainland, where children aged 12 to 17 were the first minors to be vaccinated after the jabs were approved for use on them in June. The vaccine was later extended to children aged three to 11 in different provinces.