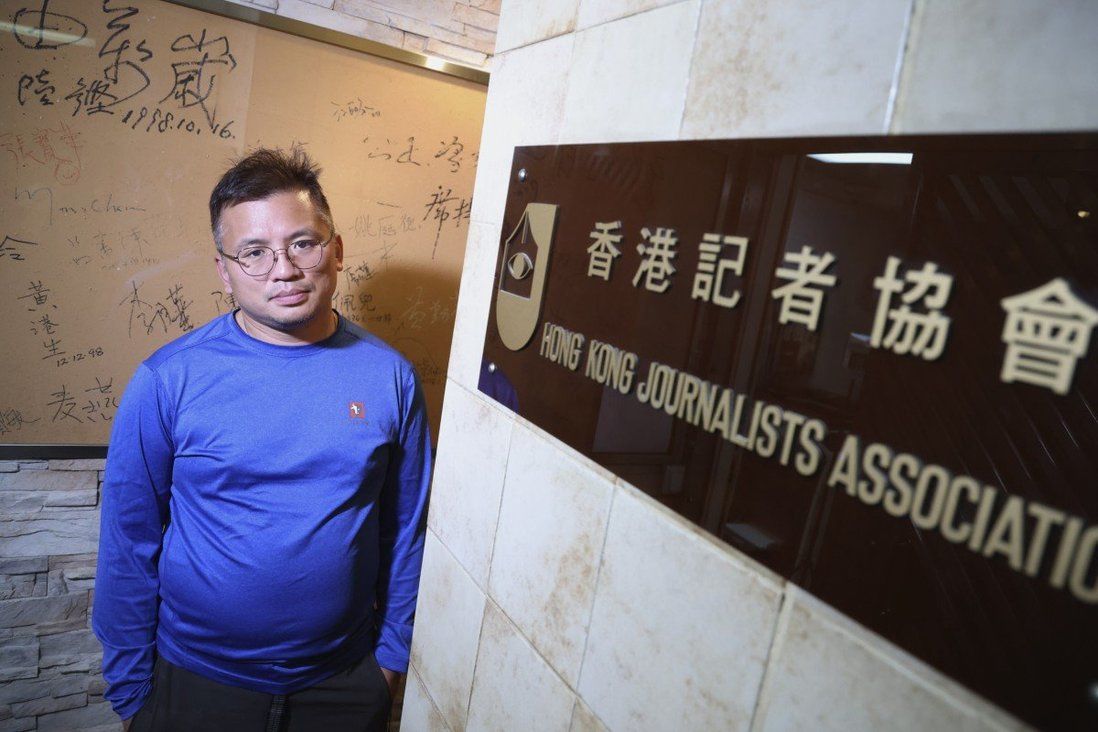 Hong Kong’s biggest journalists’ group has said it will “need one or two more weeks” before it can respond to labour authorities’ request for it to justify its activities and provide additional financial information about its operations.

Ronson Chan Ron-sing, chairman of the Hong Kong Journalists Association (HKJA), also confirmed on Friday that the association was asked to explain how its opposition to a now-shelved extradition bill was consistent with the group’s nature as a trade union. But he said the association was only reflecting members’ worries.

“We spoke up at that time because journalists were worried that the bill would undermine press freedom,” he said on a radio programme on Friday, referring to the legislation that eventually sparked the months-long social unrest in 2019.

Two weeks ago, the association revealed that it had received a letter from the Registry of Trade Unions demanding it provide additional information to explain “its activities which are suspected to be inconsistent with the Trade Unions Ordinance and/or union rules” by Friday.

The investigation came hot on the heels of the closure of two online news portals, Stand News and Citizen News, with the former being accused of publishing articles breaching the Beijing-imposed national security law.

Chan said the association needed more time before it could respond to the request.

“We are still drafting our response, and we need time to seek legal advice,” he said. “We’d like the deadline to be pushed back by one or two weeks, and I’ve contacted the relevant authorities. But maybe they are working from home and no one picked up my call on Friday morning.”

Chan also revealed that the registry had asked the association to explain how its Facebook posts criticising the government, publications and annual press freedom reports related to the body’s status as a trade union.

Authorities also said there were complaints over whether the HKJA had registered members who did not fit the membership criteria, he added.

But Chan insisted that while the association was worried about being deregistered as a trade union, it had “nothing to hide”.

“We value transparency. That’s why we did not delete the Facebook posts in question. They are still there,” he said.

Tensions have escalated between the association and authorities since the anti-government protests. Frontline reporters have said they suffered hostile treatment and even violence at the hands of police while covering the unrest, while the force claims there were “fake reporters” who interfered with officers’ duties.

The pro-establishment bloc has also stepped up its attack on the HKJA in the past year, accusing the body of colluding with foreign forces and smearing the government.

In September, security minister Chris Tang Ping-keung accused the HKJA of “infiltrating” schools to lure student journalists and questioned how professional an association could be if its ranks were full of people who had never been trained or accredited.

In response to inquiries by the Post, a spokesman for the Labour Department said: “As follow-up action is under way, [the registry] does not comment on individual cases.” He added that the registry would get back to the HKJA on its request for more time.