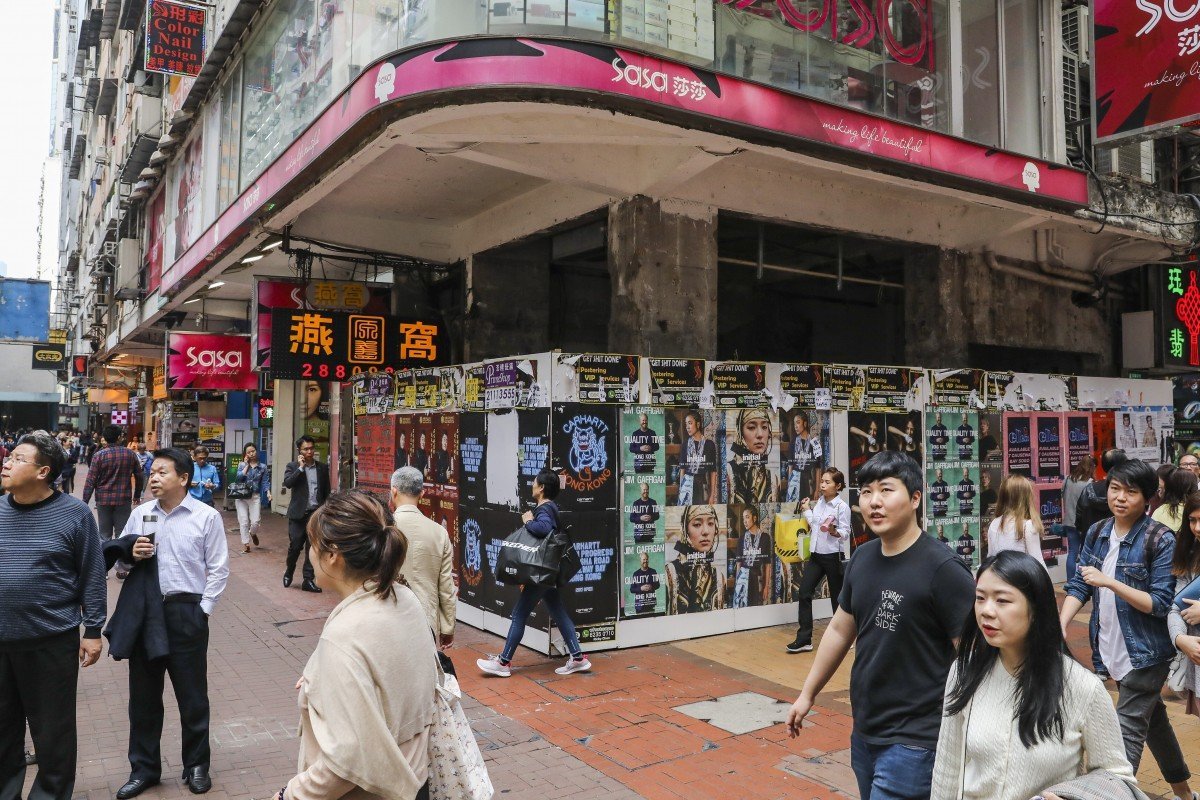 Unemployment in Hong Kong has surged to a nearly 16-year high of 6.4 per cent as the city continues to feel the economic impact of the coronavirus pandemic.

Tourism took the biggest hit, according to figures released on Tuesday, and the government warned that although the labour market had recently shown signs of stabilising, it would remain under pressure.

The unemployment rate rose 0.3 percentage points for the three months to September, while the number of jobless people increased by about 11,500 to 259,800. The underemployment rate remained steady at 3.8 per cent, affecting 149,200 workers.

While all types of businesses are suffering during the Covid-19 health crisis, companies that rely on the usual stream of arrivals into the city have suffered the most. 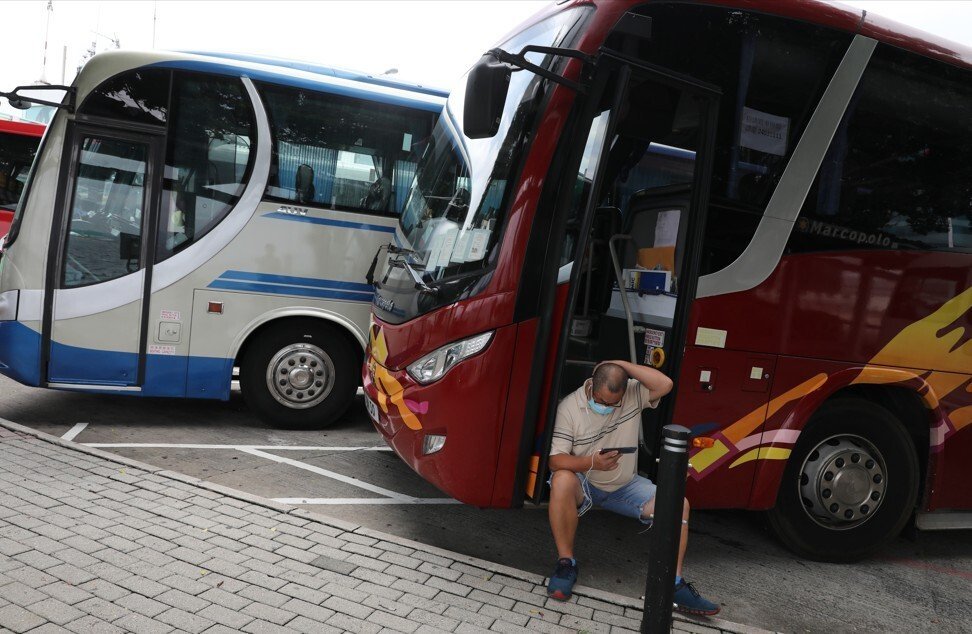 A tour bus driver sits on the steps of his vehicle, outside the Hong Kong Convention and Exhibition Centre in Wan Chai.

The quarterly jobless rate is the highest since December 2004.

Secretary for Labour and Welfare Law Chi-kwong said the employment situation worsened as a whole due to the third wave of the epidemic, which started in early July.

“But the pressure faced by the labour market showed signs of stabilisation towards the end of the quarter as the local situation abated in September,” Law said.

Looking ahead, the minister predicted that as the economy remained weak and the global Covid-19 situation continued to evolve, employment levels would remain under strain in the near term.

“The government has rolled out relief measures of unprecedented scale, including a series of measures on job retention and job creation, which help keep workers in employment,” he said. “The government will continue to monitor the situation closely.”

Under the HK$81 billion (US$10.45 billion) wage subsidy scheme, the government has agreed to pay half of employees’ salaries for six months, capped at HK$9,000 (US$1,160) per month. The programme came on top of more than HK$300 billion in relief extended to industries most battered by the pandemic.

Tourism, a pillar of Hong Kong’s economy, almost completely dried up after the city closed its borders to nearly all visitors, while social-distancing rules
have dampened local consumption.

For the food services sector specifically, unemployment stands at 15.2 per cent, while underemployment is 9.5 per cent. The arts, entertainment and recreation sector is also suffering, with the jobless rate at 11.4 per cent. Unemployment in construction has reached 10.9 per cent.

ING Greater China economist Iris Pang said she expected the jobless rate to increase due to the worsening pandemic situation in Europe and America.

“Dampened by the global pandemic situation, the city’s exports will be harder hit and small trading firms may continue to lay off staff,” she said. “For the catering sector, if there is a fourth wave of Covid-19 infections resulting in more stringent isolation rules, many restaurants may not be able to maintain their business.”

She called on the government to ensure its relief programmes screened out wealthier applicants.

“The government should only target those companies having financial difficulties for its hand-outs,” she said. “For the wealthy enterprises, what’s the point of giving them subsidies?”

Simon Lee Siu-po, co-director of the international business and Chinese enterprise programme at Chinese University, warned the jobless rate could rise to 7 per cent or more towards the new year after the wage subsidy scheme ended.

“Those who didn’t join the second stage of the scheme have already axed staff, such as Cathay Pacific,” he said. “After November when the wage subsidy scheme ends, companies may start to lay off staff. The situation will be more serious in early next year when companies are due to close their accounts for the year end.”

Lee urged the government to extend the relief scheme to save jobs, saying officials needed to offer help to needy companies and screen out profit-making firms such as developers.

However, Chief Secretary Matthew Cheung Kin-chung, Hong Kong’s No 2 official, ruled out such extensions in September, pointing to the huge financial pressure the government was already under. The administration warned of a record deficit for 2020-21, with the city’s reserves reduced to HK$800 billion.