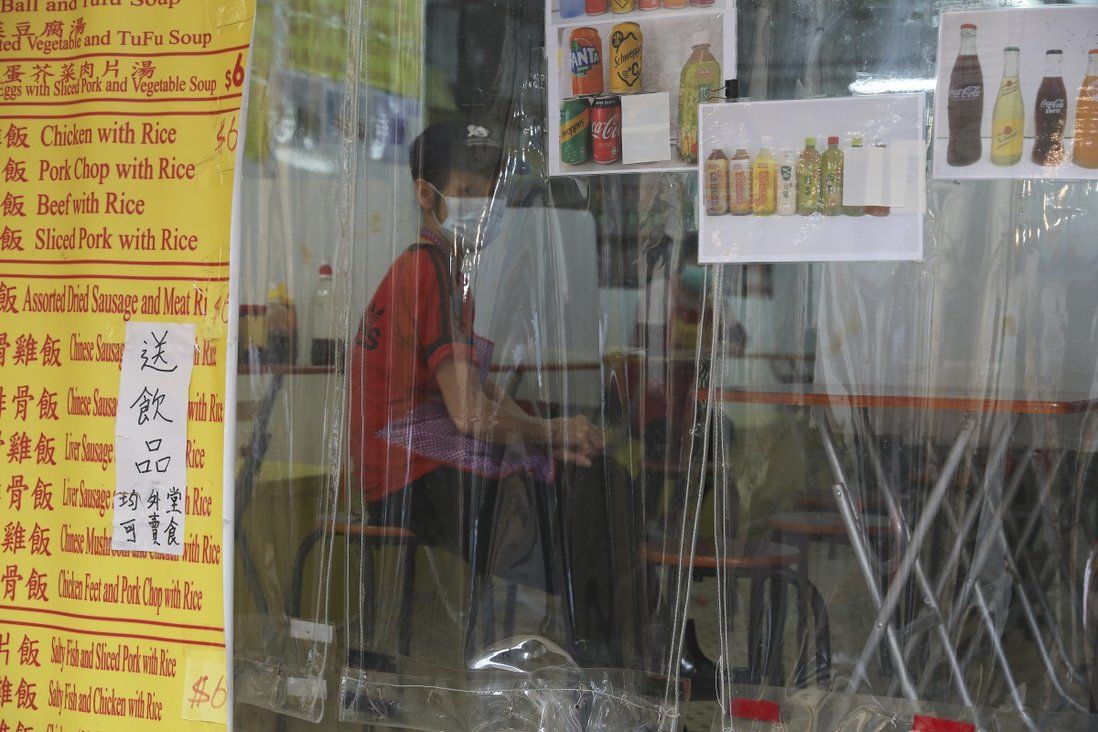 Hong Kong is no place for the jobless and low paid

The government’s decision to freeze the minimum wage while rejecting calls for unemployment support is a double whammy for the city’s vulnerable. Hong Kong should have done better on humane and social justice grounds.

Two recent decisions by the government suggest to me that Bible study is still prevalent among the top echelon. The first was the move by the government, with regard to the findings of the Minimum Wage Commission, to freeze the statutory minimum wage at HK$37.50 (US$4.80) per hour for a further two years.

Thus, those who have been paid at this level since 2019 face a further stretch, until May 2023 at the earliest, before any possible increase.

The second was the decision that there was no case to introduce unemployment benefit, even as the jobless rate rose to 7 per cent in January. To do so would “distort the relationship” between employers and staff.

Let us take these decisions one at a time. A person working 10 hours a day for 25 days per month being paid the minimum wage would earn the princely sum of HK$9,375, which is barely enough for a single person to survive. An individual working eight hours per day would be receiving just HK$7,500.

It would certainly not be enough for a family of four with children at school. By coincidence, the amount payable to a family of four under the Comprehensive Social Security Assistance (CSSA) scheme would be HK$9,450. According to government figures, some 21,200 people (0.7 per cent of the workforce) are on the minimum wage. 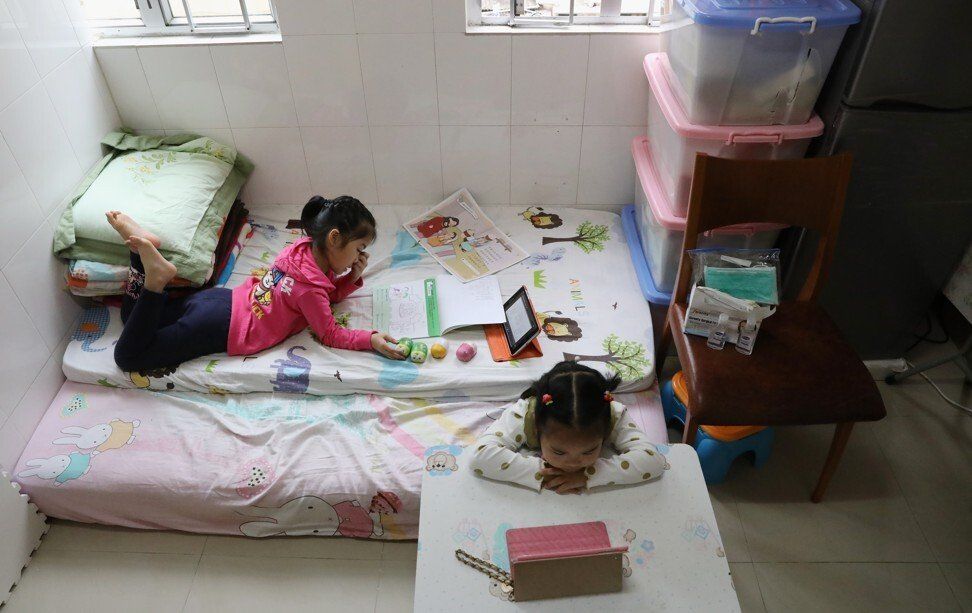 Children study at their home, a subdivided flat in Tsuen Wan, in March 2020. A person earning the minimum wage would find it hard, if not impossible, to support a family of four on the salary.

This is the first time since the system for setting a minimum wage was introduced in 2011 that there has been no adjustment. Union representatives on the commission apparently wanted at least HK$39 per hour, while employer representatives were split between a freeze and a maximum of HK$38.

In announcing the decision, Secretary for Labour and Welfare Law Chi-kwong said there was a “majority consensus” (whatever that means) for a freeze. The commission considered that Hong Kong’s economy was in a deep recession and the unemployment rate remained high.

Two arguments are sometimes advanced against more generous minimum wage levels. One is that a higher rate would result in greater unemployment as employers would lay off some low-wage staff and/or increase the use of automation.

In theory, that might be true, but frankly at the levels we are talking about, any effect would be negligible. Besides, with the sort of low-end service jobs we are dealing with, the scope for greater automation is limited. 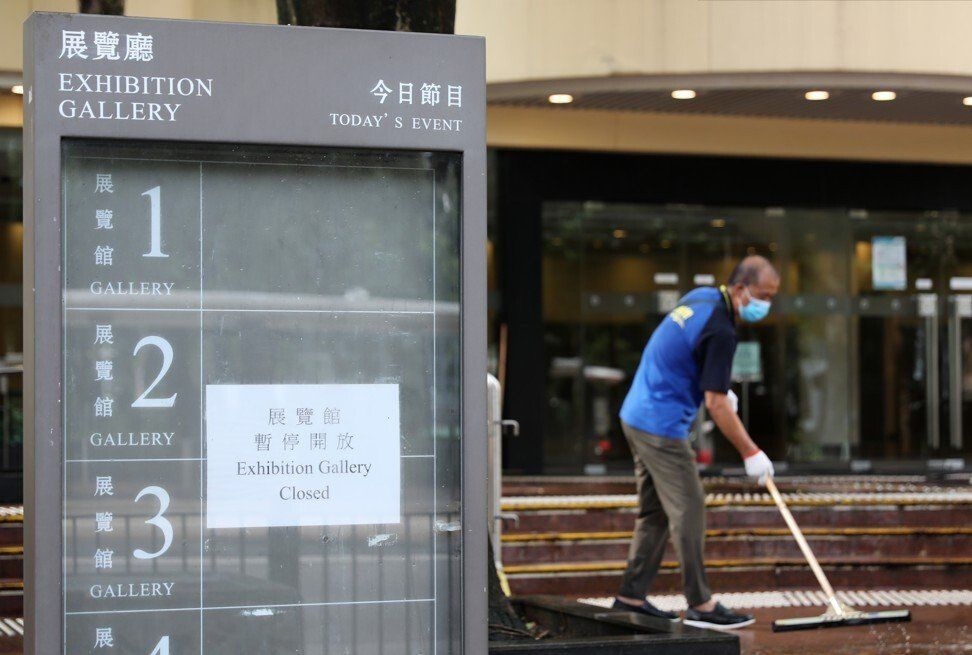 A cleaner at work outside the Hong Kong Central Library in Causeway Bay in August last year. Some people have argued that a high minimum wage would lead employers to lay off workers and turn to automation. In fact, for many low-wage service jobs, the scope for automation is limited.

The second line of argument is a circular one, to the effect that the minimum wage is only a benchmark, and that most employees receive a premium to reflect their greater skill level and experience. So, adjusting the minimum rate would in practice make little difference to most.

There is a bigger picture here too, of course. A typical restaurant has three main costs: food, staff and rent, with any surplus as profit. How about we pay the staff a little more and those rapacious landlords a little less?

But when we set aside all the hoopla and detailed calculations, there is another more basic factor to take into account: all work deserves its own dignity. The present minimum wage is undignified, it belittles us all.

Now for unemployment pay. Most advanced economies provide some temporary protection for employees when they are laid off. The reason is obvious. We live in a connected, complex world. A person can suddenly be rendered unemployed for reasons totally beyond the individual’s control.

It is reasonable in such circumstances for society to provide a cushion for a time while the individual seeks new work. The CSSA scheme with its stringent means test is not a substitute. We should be working to preserve that family as a going concern.

How such a scheme should be funded (a payroll levy like the Mandatory Provident Fund?), how long it should pay out to the individual (six months?) and how much (HK$9,000?) are all issues for another day. But we should surely be talking about such a scheme, not just dismissing the idea.

Instead, we seem to be operating under a Dickensian assumption that all workers are shirkers at heart, that once such a scheme were introduced, everyone would loaf around at home with their feet up watching daytime television. I don’t believe it.

There is a distortion in the relationship between employer and employees: in the existing set-up, the boss holds all the cards.

The biblical reference I had in mind comes from Matthew: “For whosoever hath, to him shall be given, and he shall have more abundance, but whoever hath not, from him shall be taken away even that he hath.”

Our ministers – each of whom earns more than HK$10,000 per day – should bear in mind that this quotation is an illustration of injustice – not a desirable political strategy.