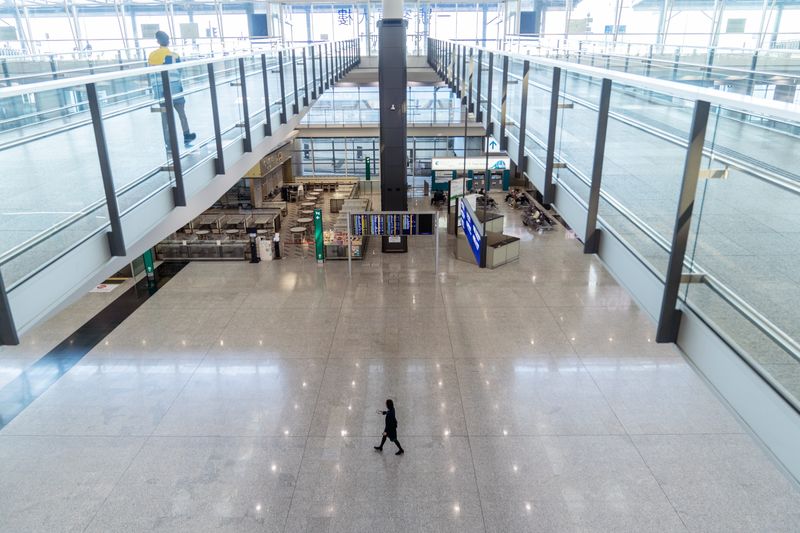 Hong Kong is increasingly shut off as inbound flights dwindle

Hong Kong is becoming increasingly shut off from the outside world because of its strict Covid-19 policies as the city imposes a raft of flight bans and airlines slash inbound services.
Cathay Pacific Airways Ltd. has almost halved the number of flights into Hong Kong from outside China next month, according to aviation data company Cirium, in the wake of tougher quarantine restrictions on flight crew. The city’s marquee carrier has scheduled just 150 inbound services in January, the lowest monthly total since May. Before the pandemic, the figure was close to 4,000.

Hong Kong has been conforming to China’s Covid-zero strategy as the city seeks to reestablish quarantine-free travel with the mainland. Authorities have imposed some of the world’s most stringent travel rules, with overseas visitors required to quarantine for up to three weeks. Concerns are now mounting Hong Kong will be left behind as other major cities attempt to live with Covid as endemic.

Cathay had this week flagged “significant” changes to its schedules, including axing some flights to and from Hong Kong, because of tighter quarantine restrictions for aircrew. According to the South China Morning Post, crew working on non-China passenger flights lost all quarantine-related exemptions from this week. Late Thursday, Cathay said it had suspended all long-haul freighter and cargo-only passenger flights for seven days due to the new rules.

British Airways has scrapped flights to Hong Kong entirely until March because of the tighter measures. All told, the world’s airlines are planning 758 services -- excluding those from mainland China -- into the city in January, according to Cirium. That’s down from 791 this month and about 11,000 before the crisis.

Omicron has disrupted a nascent recovery of international air travel over the usually busy Christmas holiday, and Hong Kong isn’t alone in its bid to fight off the variant. Countries including France have also brought back travel restrictions to contain the rapidly spreading strain.

On Thursday, Hong Kong announced two preliminary positive Covid patients who had no travel history, marking the first community flareup in nearly seven months. The cases are both linked to an aircrew member who tested positive with omicron.