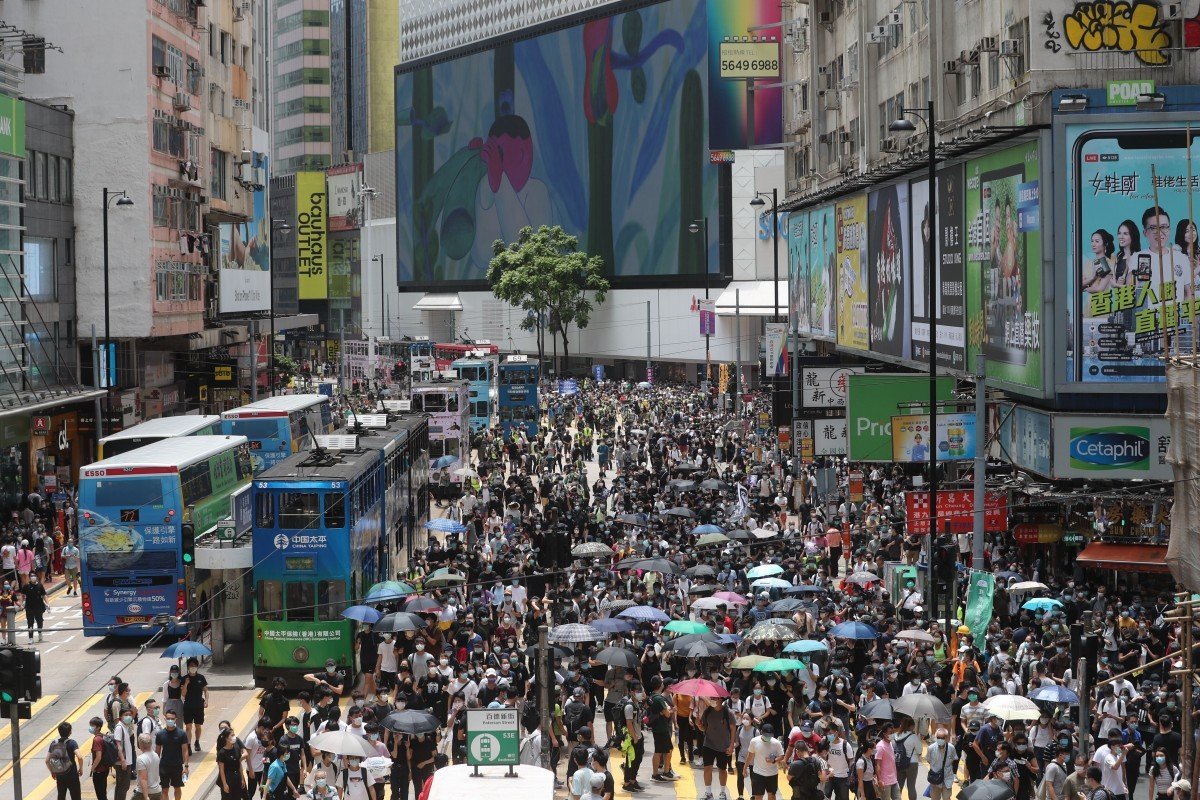 The city’s first chief executive after the 1997 handover has appealed for calm over Beijing’s push for the new legislation. Local police lack power to deal with possible espionage and other covert activities, he says, adding that loophole must be plugged

Former Hong Kong leader Tung Chee-hwa has made a strong appeal for calm over Beijing’s push for a tailor-made national security law for the city, trying to ease public fears over its implications for existing local freedoms while insisting on the need to counter “hostile foreign opportunists”.

In a 24-minute speech broadcast to Hongkongers on Monday, Tung warned that the city had become a weak link in the security of the nation, while also echoing top Beijing officials’ reassurances that the new law would only go after a minority involved in relevant crimes.

“If you do not plan to engage in acts of secession, subversion, terrorism or conspiring with foreign influence in connection with Hong Kong affairs, you will have no reason to fear,” he said, a day after thousands took to the streets to oppose the impending law and radical protesters returned to violence and vandalism.

Tung, Hong Kong’s first chief executive after the 1997 handover of sovereignty to China, is now an elder statesman as a vice-chairman of China’s top political advisory body.

He said the city had failed to enact its own national security legislation – as required under its mini-constitution, the Basic Law – for more than 20 years.

As a result, he said, it had become “an easy target for hostile foreign opportunists to disrupt public order, jeopardise the social and economic interests, and even mock Hong Kong as a ‘spy haven’!” – because it lacked intelligence agencies such as the CIA and FBI in the United States, or Britain’s MI5.

With the local police force lacking the power to deal with possible espionage and other covert activities, he argued, the loophole must be plugged.

Hong Kong’s political landscape had shifted drastically under the influence of foreign powers, he said, pointing to the protests sparked by the now-withdrawn extradition bill.

“Some in Hong Kong have openly called for ‘independence’ and ‘self-determination’, colluded with foreign forces, and begged for foreign interference in the affairs of Hong Kong,” Tung said.

He brushed away widespread concerns that the new law would undermine freedoms and signal the death of the “one country, two systems” principle, describing such fears as “baseless and unfounded rumours intended to invoke panic and fear”.

“In the past year, Hong Kong has been seriously ill, but we cannot avoid looking for a remedy; the legal parameter of a national security law will only provide Hong Kong with a solution to the current dilemma, instead of harming Hong Kong,” Tung said.

Vice-Premier Han Zheng, the top state leader in charge of Hong Kong, raised similar concerns in a speech he made over the weekend, which was released on Monday.

Han said the new law was aimed at only a very small number of people advocating “Hong Kong independence” and “black violence”.

He said it was the “precondition” of a stable Hong Kong that could pave way for the city to iron out its “deep-rooted economic and social problems”.

“Without a stable social environment, many of the social problems cannot be put on the social agenda for public discussion and social consensus formed,” he added.

Opposition figures and critics remained unmoved, while the Hong Kong Bar Association issued a strongly worded statement questioning Beijing’s legal basis in promulgating the law for Hong Kong, and demanding the government address fundamental constitutional and legal concerns “as a matter of urgency”.

Tung’s reassurance came hours after US National Security Adviser Robert O’Brien warned that Washington was likely to impose sanctions if Beijing pushed ahead with the new legislation.

Beijing sparked a storm last Friday by placing before the National People’s Congress (NPC) a resolution to “prevent, stop and punish” threats to national security.

The proposed law would bypass the local legislature and require the Hong Kong government to set up new institutions to safeguard sovereignty while allowing mainland agencies to operate in the city as needed.

Tung raised three suggestions for Hongkongers: to voice support for the bill, to promote national security through education and to have confidence in the one country, two systems guiding principle.

A legal source familiar with Beijing’s thinking said the scope of power wielded by mainland agencies possibly stationed in Hong Kong would be detailed in the law to be passed by the standing committee of the NPC.

Asked whether, for example, chanting anti-China slogans would risk breaching the new law, the source said it would depend on the circumstances and whether the Chinese constitution was violated.

“Beijing’s red line has always been shifting. How can Tung know what acts would have touched the taboo of the regime?” Lee said. “While some may think our slogans are mere words but not acts, will our vigil and protests in Hong Kong be accused of inciting mainlanders to protest against the central government?”

Civic Party leader Alan Leong Kah-kit also raised concerns about whether exchanges between local parties and foreign parliaments in future would be considered as breaching the law.