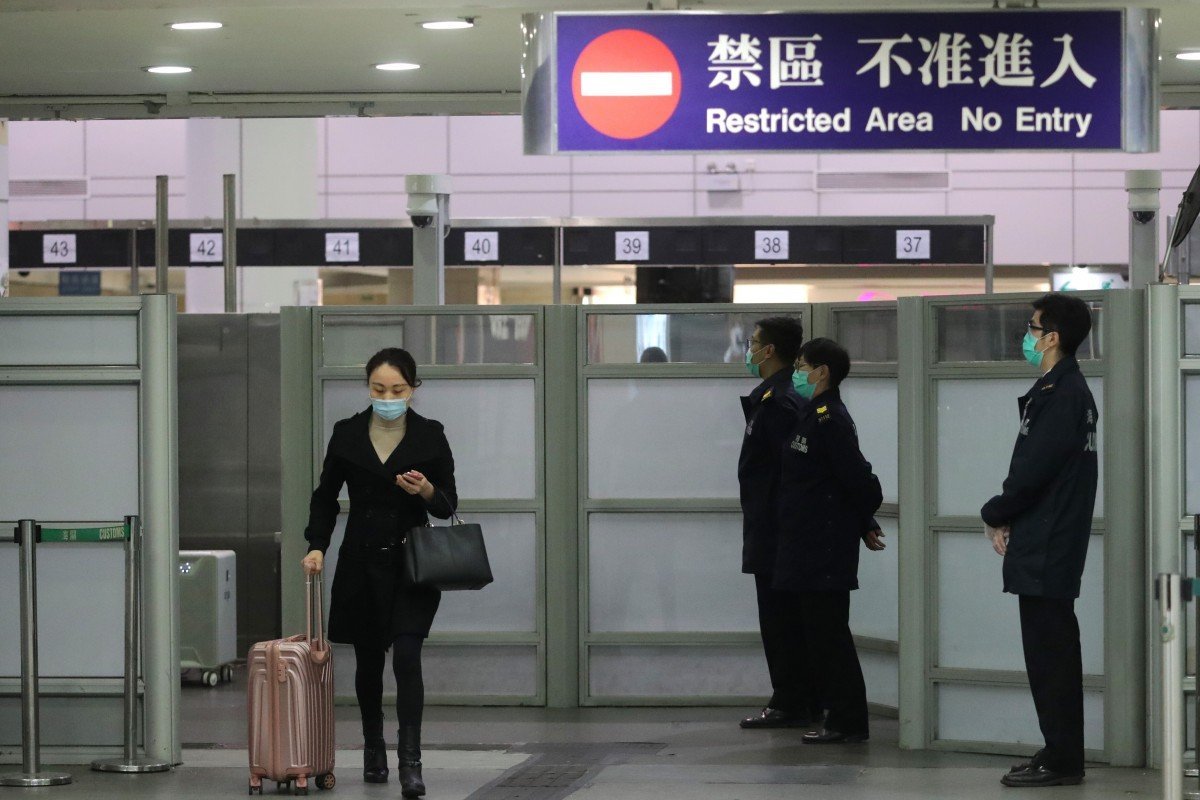 The mainland has successfully limited the pandemic, with zero infections viewed as the national standard. Hong Kong, eager for a travel agreement, might find that a difficult target to hit.

Talks to reopen the border between Hong Kong and mainland China will prove difficult – even if the city manages to dodge a fourth wave of Covid-19
infections – because the neighbouring provincial government would prefer a track record of zero infections before reaching a deal, the Post has learned.

Getting people moving over the border is vital to help pull Hong Kong’s economy out of recession, as the pool of mainland tourists with cash to spend has dried up, leaving hotels, restaurants and luxury retailers struggling.

But the government and its counterpart in Guangdong province have been struggling to find middle ground on what would constitute an acceptable infection rate in the financial hub for a travel deal to be struck.

While the Constitutional and Mainland Affairs Bureau hoped to fully open the border before zero infections is achieved, provincial authorities have been hesitant about giving up what is viewed as the standard for pandemic control on the mainland.

“Mainland authorities don’t want to let Hong Kong people in as we have more [new] infected cases than the whole of China, Macau and Taiwan combined,” said a source close to the Hong Kong government.

Beijing has managed to get the virus under control using mass testing, tracking technologies and tough quarantine measures, recording just 11 new infections on Thursday, all imported, compared with 18 in Hong Kong, 14 of them local. Taiwan confirmed just a single case and Macau none.

The deadlock in talks had prompted Chief Executive Carrie Lam Cheng Yuet-ngor to personally seek help from mainland authorities, as pressure mounted for her to deliver good news in her policy address next week, an insider said.

Hong Kong has shut all land borders except for the Hong Kong-Zhuhai-Macau Bridge and Shenzhen Bay Port, but travellers from both sides can still cross as long as they undergo 14 days of quarantine on each end. Some individuals, such as truck drivers, are exempted. Since the start of a third wave in Hong Kong in July, residents going north must also provide proof they have tested negative for Covid-19 at border checkpoints.

A source familiar with the mainland government’s policy on containing the pandemic said zero infections was a national policy. “Whenever a place on the mainland has cases, other areas stop travel from that place. That’s how China contains Covid-19,” he said.

“There is a lot of responsibility to shoulder,” Ip said.

But one key official from the mainland affairs bureau, who has been involved in the negotiations, said Guangdong authorities had indicated they might lower the bar.

Both sides acknowledged during the first rounds of talks that reaching zero daily infections in Hong Kong would not be a “black and white prerequisite”. Instead, they would aim for a “preferable condition”, he said. “But it’s not a good time to bargain over conditions for reopening now.”

Another NPC delegate, who preferred to remain anonymous due to the sensitivity of the matter, said his colleagues had written to Beijing asking for help, in light of Hong Kong’s decimated economy.

Professor Gabriel Leung, dean of the University of Hong Kong’s faculty of medicine, said it was up to the city to prove it could effectively control the spread of the coronavirus.

“If we nip the fourth wave in the bud, then we can give confidence to the mainland authorities to resume travel,” Leung said.

“If we hold our nerve and keep our social-distancing policies, we can bring down the number of untraceable cases, which will then drive down other known local clusters too,” he said.