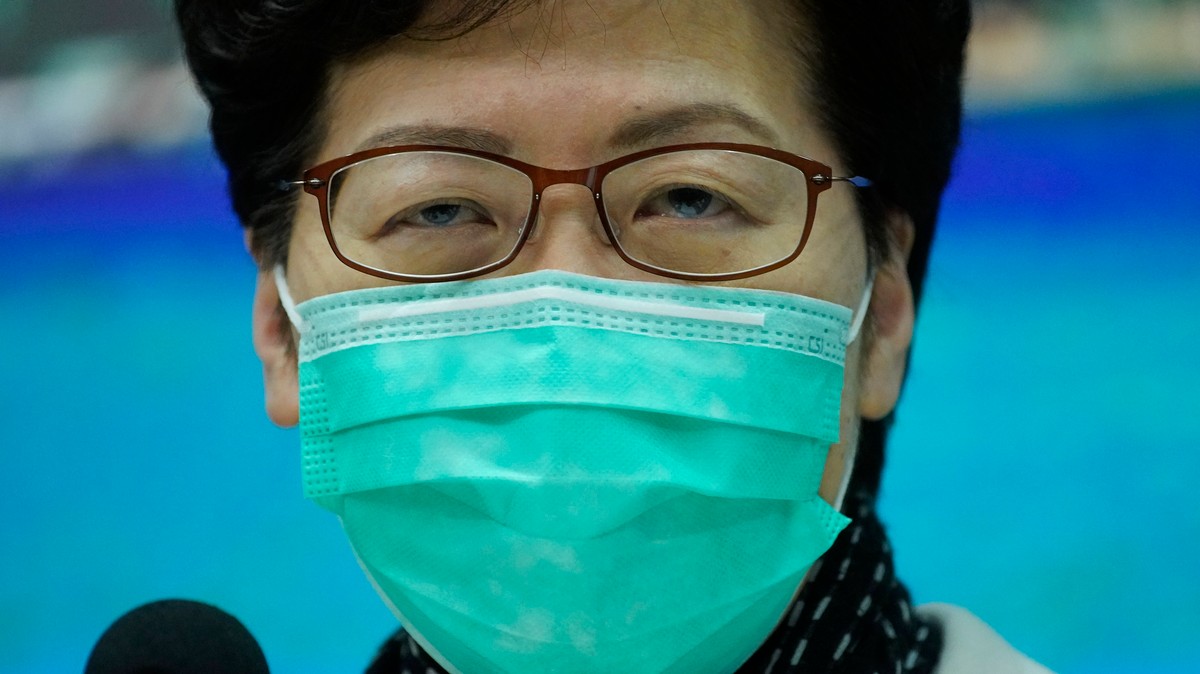 Hong Kong Is Closing its Borders to Keep Coronavirus Out

The official number of infections worldwide is now almost 4,600 -though experts say the true figure is much, much higher.

The death toll from the coronavirus outbreak has topped 100 as Hong Kong begins to close its borders with China in a bid to stop the spread of the infectious disease.

China’s National Health Commission updated the official figures for the outbreak on Tuesday, revealing that in the 24 hours up to midnight on Monday, almost 2,000 new confirmed cases had been reported.

The total number of infections is now almost 4,600 globally, up from 2,744 on Monday -though experts say the true figure is much, much higher.

The updated death toll also includes the first reported death in Beijing, with the remainder of the new deaths occurring in central Hubei province, the epicenter of the current outbreak.

The disease continues to spread internationally. Germany reported its first case on Tuesday after a 33-year-old man who had not been to China became infected after a business meeting with a Chinese national last week.

Governments around the world are stepping up measures to limit the spread of the virus. Carrie Lam, Hong Kong’s embattled chief executive, appeared at a press conference on Tuesday wearing a mask, months after she banned protesters from wearing them. She announced that the city-state would be severely restricting travel to and from the mainland.

Travel between mainland #China & #HongKong is to be restricted, but borders will remain open, says Chief Exec. Carrie Lam, in light of the #WuhanCoronavirus. pic.twitter.com/5BzSbRF1iK

Mongolia has also closed its vast border with China and North Korea said it was strengthening quarantine measures.

The U.S. is taking steps to protect its citizens and its borders.

On Monday, the Center for Disease Control issued a level 3 alert -its highest level -warning against "all nonessential travel to China.” The agency also announced it was expanding airport checks on inbound passengers to 20 locations.

Some 240 Americans, including three dozen diplomats and their families, will be evacuated out of Wuhan on Wednesday on a chartered flight that will land in Anchorage, Alaska before flying on to Ontario, California, CNN reported.

South Korea, Japan, India, Australia, the U.K., and France have indicated they are investigating similar options for their citizens.

In China, the government continues to play catch up after a much-delayed response to the outbreak which was first reported in December.

Tens of millions of citizens in Hubei province are in lockdown after authorities severely curtailed travel throughout the region. In Wuhan, authorities are scrambling to cope with the huge numbers presenting with symptoms. To fix the problem, they are building two new hospitals in Wuhan, the first of which will have 1,000 beds and is set to be completed in just six days.

In Beijing, authorities are reopening the Xiaotangshan Hospital, which was built in seven days in 2003 to deal with the Sars outbreak.

This is downtown Hankou district in Wuhan at dusk on Tuesday. Some cars on the road. Much quieter than usual, as most people get around on bike or foot or stay at home. pic.twitter.com/0jNf2J1y4a

On Tuesday the Beijing government announced that 6,000 medical staff have been sent to Hubei, but a shortage of supplies is slowing their deployment.

But many in China are unhappy at the government’s response, and the outbreak has given them a rare opportunity to voice their anger relatively openly online.

Typically censored by China’s vast censorship and surveillance apparatus, known as the Great Firewall, citizens are criticizing authorities in Wuhan for their failure to deal with the crisis.

When Wuhan’s mayor spoke to the media on Monday, one social media commenter said: “If the virus is fair, then please don’t spare this useless person.”