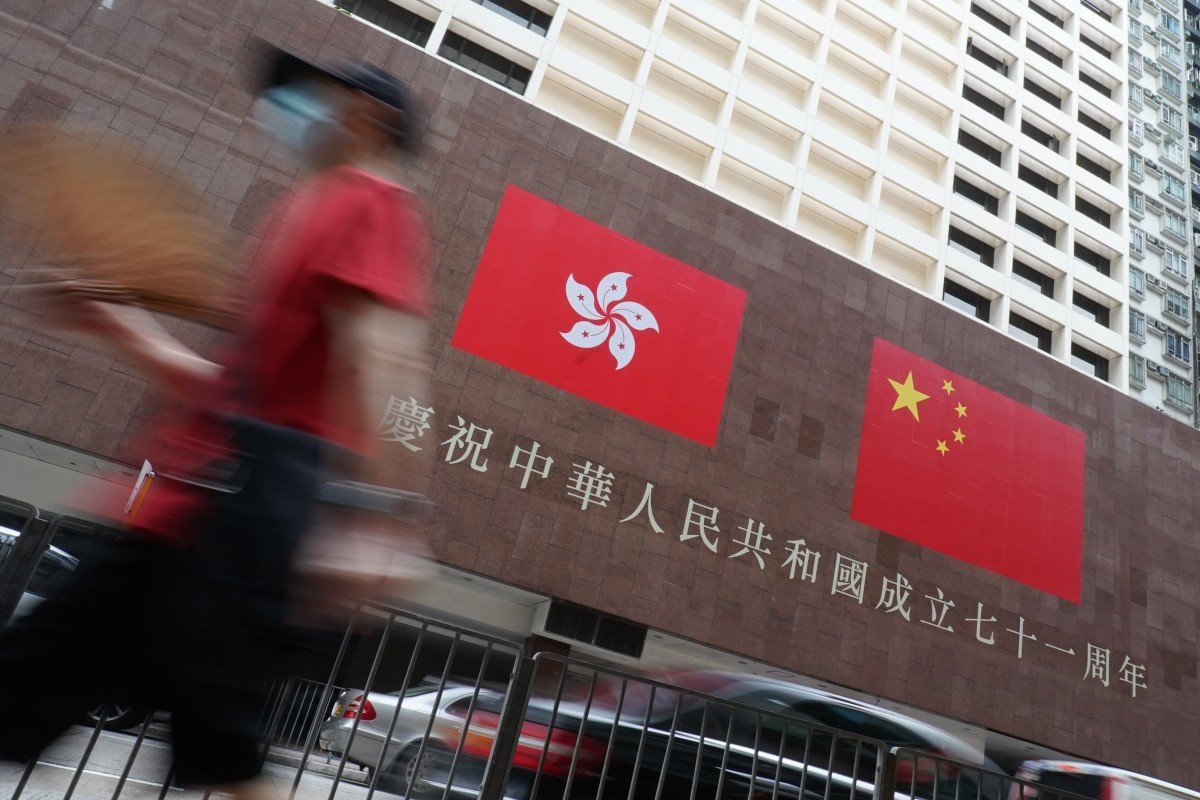 Hong Kong is changing before our eyes, and not for the better

The central government’s liaison office recently reminded Hongkongers that patriotism was a duty, not a choice. It is wishful thinking that national education, censoring textbooks, or deregistering a teacher will make young people patriots.

As a child growing up in colonial Hong Kong, I noticed flags at home windows every October 1 and 10. Only when I was older did I understand the different flags celebrated China’s National Day and Taiwan’s Double Tenth national holiday.

The Taiwanese flags gradually disappeared, especially after reunification. In today’s Hong Kong, few would dare display one, for fear of violating the national security law and the one-China policy.

Some Kuomintang loyalists tried to celebrate October 10 last Saturday at the historic Red House in Tuen Mun, where modern China’s founding father, Sun Yat-sen, spent time. Police and security guards blocked them. Speaking as a peaceful believer in free speech, this was further proof that Hong Kong’s freedoms have become a facade.

I am not one for wrapping a flag around me to prove my patriotism. My patriotism for my adopted country, the United States, resides inside me. The US allows me the choice to love my flag, burn it in protest, or kneel when the national anthem is played.

That’s why I found it so alien when the boss of the central government’s liaison office, Luo Huining, lectured Hongkongers that patriotism was a duty, not a choice. It reminded me of two incidents, one in Hong Kong and the other in London.

Beijing loyalists trampled on an American flag during a march to the US consulate in Hong Kong last December; on October 1, a dozen Hongkongers in London burned a Chinese flag outside the Chinese embassy. The US consulate didn’t make a big deal of the flag trampling, treating it as free speech. But the Chinese embassy fumed at the flag burning, demanding a British police investigation.

Hong Kong’s younger generation take free choice for granted. Many of this generation consider China’s authoritarian system repulsive. It is wishful thinking that national education, censoring textbooks, deregistering a teacher who used material about independence to teach free speech, or the national security law will make them dutiful patriots.

Hongkongers are so different from mainlanders that indoctrination and heavy-handedness will backfire rather than foster love of country. We are already seeing that with a rising number of people emigrating or planning to.

Like me, they feel Hong Kong – where I was born – is changing so fast it’s becoming unrecognisable. The past months, weeks, and days have seen so many changes – a satirical television show suspended, reporters admonished for asking sensitive questions, separation of powers redefined – that I can’t list them all.

Another change is reportedly coming: a monumental one that will allow an estimated 500,000 Hongkongers who have settled on the mainland to vote in Legislative Council elections. Beijing loyalists believe that most of these Hongkongers are patriots who will vote for the establishment, crushing the opposition for good.

Establishment lawmakers have enough votes to enforce this change for the next election. A vastly diminished opposition will turn Legco into a rubber stamp. That’s apparently what Beijing wants. It’s another step to change Hong Kong’s DNA, making it more like the mainland.

Election rules state clearly that voters must ordinarily reside in Hong Kong. That should exclude Hongkongers settled on the mainland. But black is white in today’s Hong Kong. Our core values are being systematically vacuumed up. The national security law, with its many red lines on freedoms, is proof.

And if Hongkongers who settled in the West are not real Hongkongers, why did they qualify for the government’s HK$10,000 handout? However, logical questions have no place in a semi-free society morphing into an authoritarian one.