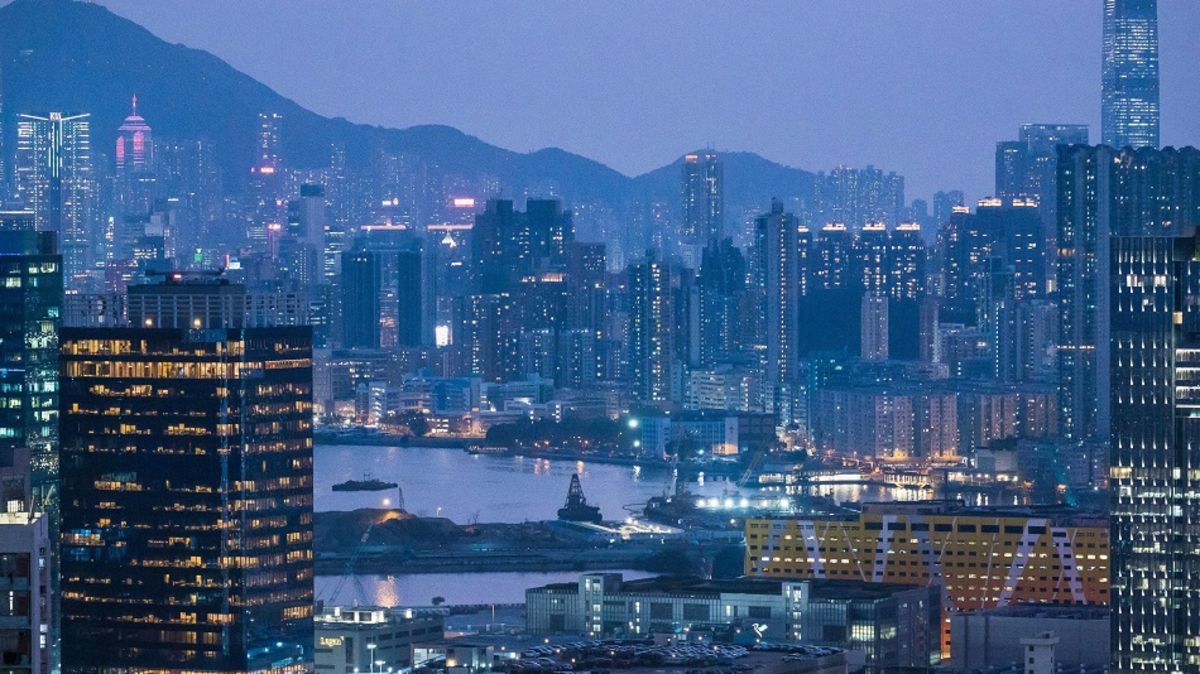 There’s rarely been a better time to be apartment hunting in Hong Kong than right now.

Rents in one of the world’s most expensive real estate markets dropped to HK$33.60 ($4.33) per square foot in the first quarter, the lowest since the end of 2016, data from Centaline Property Agency Ltd. show. So a typical two-bedroom apartment in Soho now rents for about $3,500 a month, down from $4,200 two years ago, according to Spacious.hk online rentals.

An exodus of expatriates following anti-government protests, combined with a declining population and higher unemployment rate have led to sluggish rental demand in the Asian financial hub, even as purchase prices hold steady.

Rents in other financial hubs have also plunged during the pandemic. New York’s rental values have dropped 14% in the past year while London saw an 8.1% decline, according to data compiled by Bloomberg. Singapore is an outlier, with rents 2.4% higher.

High-end properties in districts including the Mid-Levels and Deep Water Bay favored by western expats and wealthy mainland Chinese saw the most decline, with rents plunging as much as 25% from mid-2019, according to Spacious. Soho in Sheung Wan district, popular among foreign students and young professionals, saw rental values drop by 20% in the same period.

The economic uncertainties and mobility difficulties that emerged during the 2019 pro-democracy protests drove the decline, said James Fisher, chief operating officer at Spacious. The pandemic and the deep recession added to the weak demand.

Rents may decline another 5% to 10% in 2021 due to a shrinking population and travel restrictions, according to Bloomberg Intelligence analyst Patrick Wong. The city’s population fell 0.6% last year to 7.47 million and may drop further after the U.K. government received 27,000 applications from Hong Kong citizens for British National Overseas visas, Wong said in a research note.

While the economy roared back in the first quarter at the fastest pace in a decade, the jobless rate was still 6.8% in March, close to a 17-year high set in the previous quarter. Many residents who lose their jobs move back in with family to save costs. 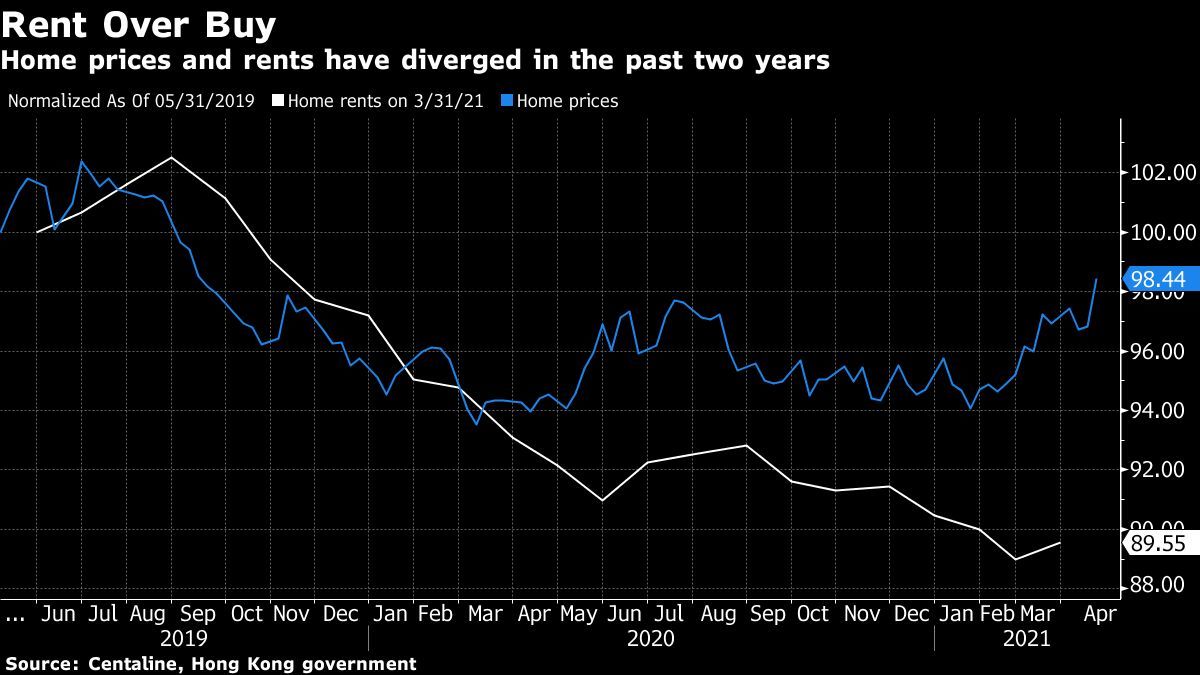 Despite the tepid leasing market, selling prices of homes remain resilient due to outsized demand for home ownership in the city. Home vales dropped by less than 4% from their peak in mid-2019.

Rental yields, which measure profits on leased properties, decreased to the lowest on record in February, according to the latest government figures. Large properties were the worst hit, with the yields on homes bigger than 160 square meters (1,722 square feet) falling to 1.8%.