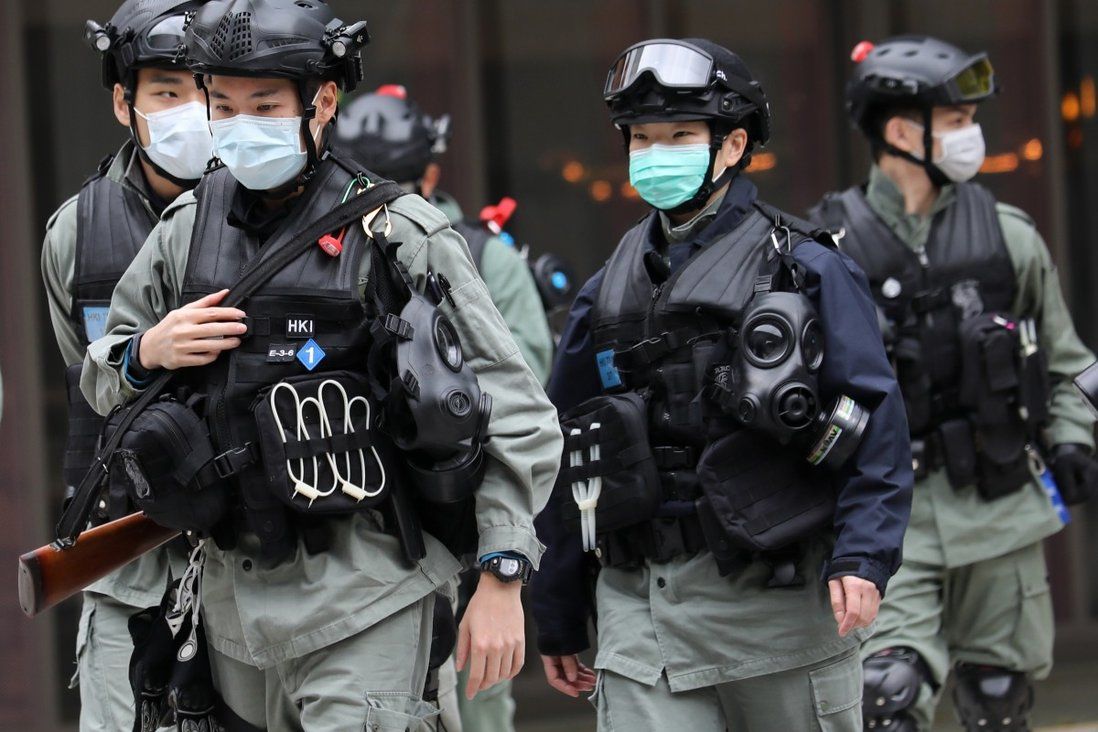 Under the amendments, disclosing someone’s personal data without their consent ‘with an intent to threaten, intimidate or harass’ will constitute an offence punishable by up to five years in prison.

Anyone engaged in doxxing with the intent to threaten, intimidate, harass or cause psychological harm could face up to five years behind bars and a fine of as much as HK$1 million (US$128,765) under a series of legal amendments proposed by the Hong Kong government on Tuesday.

In a paper submitted to the Legislative Council, the Constitutional and Mainland Affairs Bureau also recommended the Office of the Privacy Commissioner be equipped with investigative powers allowing it to compel people to assist in inquiries and request the removal of offending content.

Failure to comply should be a criminal offence, the bureau said.

Doxxing refers to the practice of maliciously leaking others’ personal information, and the proposed amendments to the Personal Data (Privacy) Ordinance are part of the government’s long-expected plan to rein in the kind of cyber harassment that became common during the 2019 anti-government protests.

The phenomenon led Chief Executive Carrie Lam Cheng Yuet-ngor to express her concerns about doxxing on a number of occasions and pledge to clamp down on it through legislation.

Under the government’s latest proposal, disclosing another person’s personal data without their consent “with an intent to threaten, intimidate or harass” them or their immediate family – or “being reckless” in such a way as to produce the same effect – will constitute an offence.

Releasing others’ data “with the intent to cause psychological harm” will also be included under the new proposed crime.

The Constitutional and Mainland Affairs Bureau also proposed empowering the city’s privacy watchdog to request relevant information from individuals and require them to submit to questioning when it had reasonable grounds to believe a doxxing offence had been committed.

Anyone who refused to comply without a reasonable excuse, or who deliberately provided false or misleading details, would also be guilty of an offence.

The government also suggested allowing the privacy office to apply for search warrants and bring prosecutions in its own name.

“Conferring the [Privacy] Commissioner with additional criminal investigation power can effectively expedite the processing of doxxing cases,” the bureau said.

“With the advancement of technology, doxxing contents can be spread and reposted in a click, causing harm to the data subjects or their immediate family members,” it added. “It is therefore necessary to remove the information unlawfully disclosed in an expeditious manner.”

To that end, the privacy watchdog should be given the power to order any person in Hong Kong to “rectify” doxxing content online, the bureau said. While that person would be allowed to appeal against the watchdog’s request, he or she would have to comply with the notice while awaiting the outcome of the challenge.

The bureau said it aimed to finish drafting the amendments and submit a bill to Legco within this legislative year.

Between June 2019 and April 2021, the Office of the Privacy Commissioner received complaints about or uncovered over 5,700 doxxing-related incidents, according to the Legco document. The office had written to 18 operators of websites and social media platforms on at least 297 occasions to request the removal of 5,905 hyperlinks, about 70 per cent of which were ultimately removed.

During the same period, the privacy commissioner’s office referred more than 1,460 cases to police for criminal investigation. A total of 17 people were arrested, two of whom have since been convicted.

A further 60 cases were referred to the Department of Justice for suspected breaches of the court’s 2019 injunction protecting police officers.