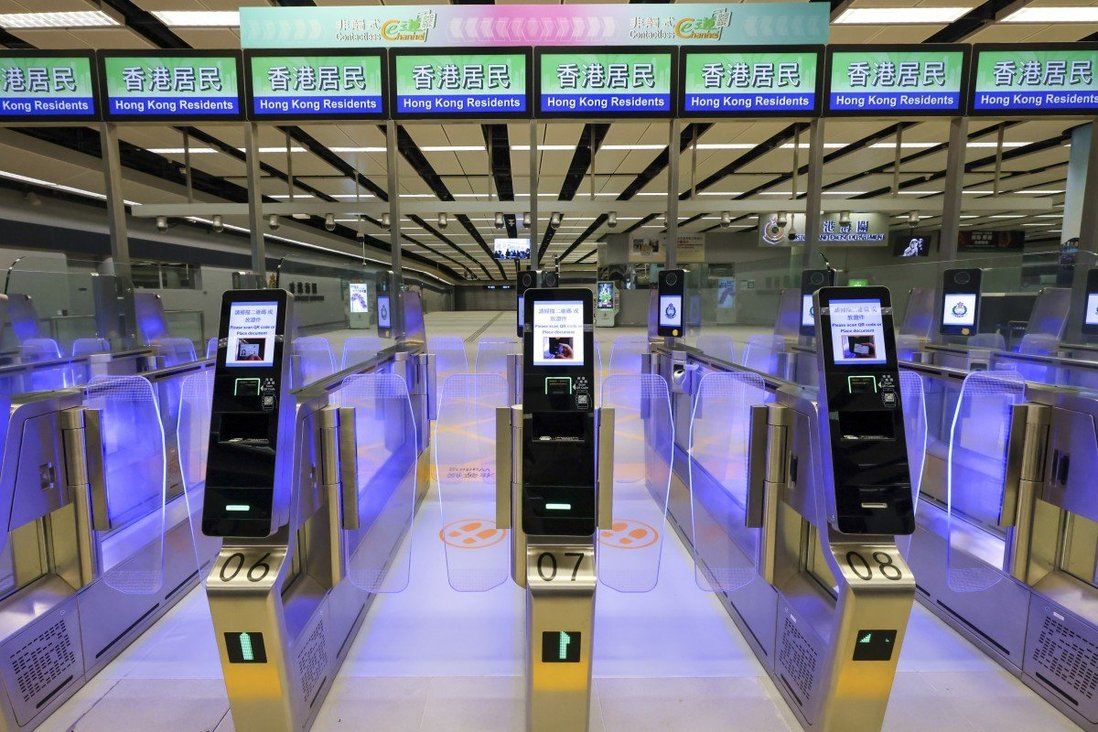 Hong Kong residents aged 11 and up who register on a mobile app will be able to enter and leave the city through the new “contactless e-channels”, installed at Hong Kong International Airport, the Hong Kong-Zhuhai-Macau Bridge and the Shenzhen Bay border crossing.

“The process is more convenient because we do not have to take the ID cards out of our purses and handbags,” he said. “It is more hygienic as we do not need to share the same fingerprint readers.”

The new contactless route will give travellers entering the city an alternative to traditional manned counters and the existing fingerprint-scanning e-channels.

The new system also allows travellers to cross the border in just seven seconds – “one second faster than our existing e-channels”, Ho noted.

“Actually one second is a lot because if there are many travellers at the control points, say 300 million in 2018, it will be 300 million seconds faster,” he added.

Four to five contactless e-channels have been installed in each departure and arrival hall at the three control points.

Before using the control points, travellers will have to input their ID card details in Hong Kong’s “iAM Smart” mobile app, which allows users to verify their identities for government services.

They can then download the “Contactless e-Channel” mobile app and complete their enrolment with the help of “iAM Smart”. 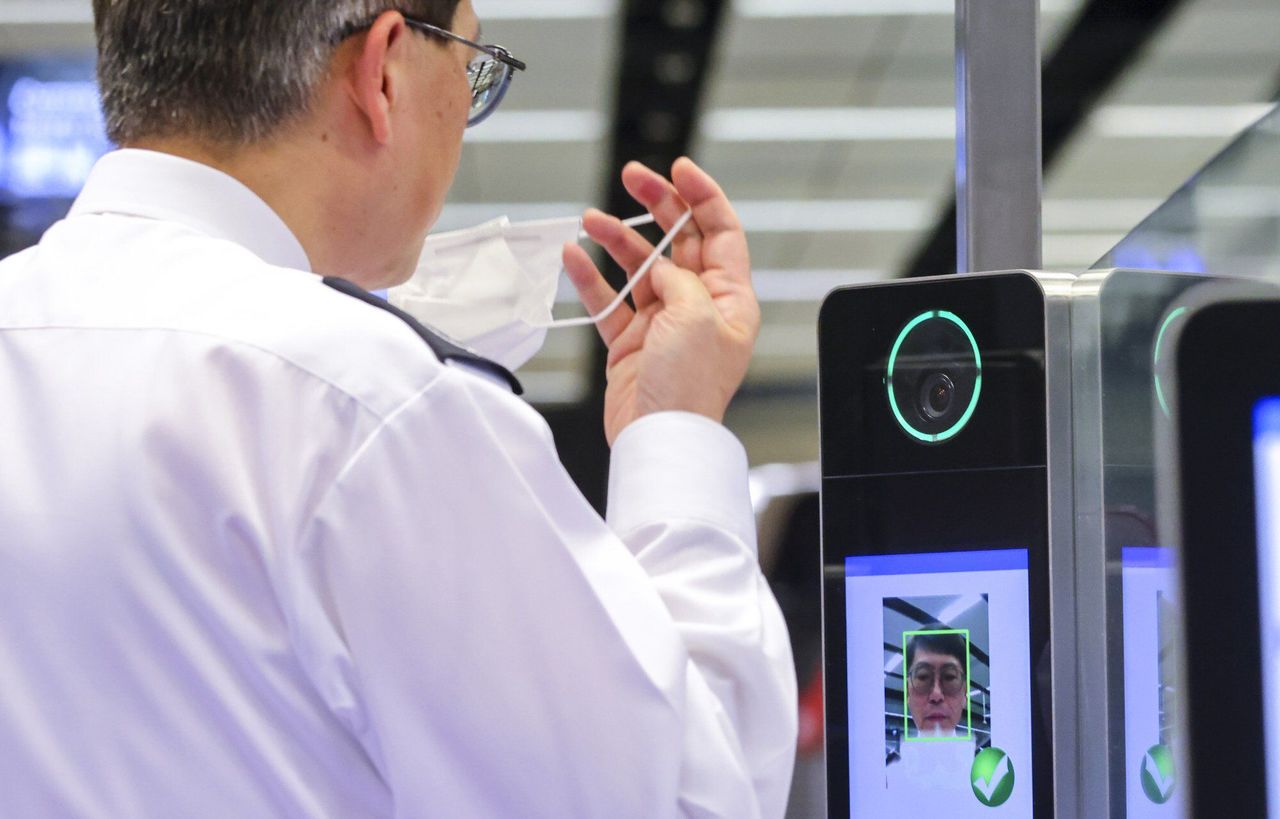 After presenting a QR code generated by the app to a scanner at the e-channel, travellers then look at a camera for facial verification, thus completing the immigration clearance process.

Ho said the system’s facial recognition was up to 99 per cent accurate.

Addressing privacy concerns, Ho said the photos taken at the e-channels would be deleted immediately after traveller cleared immigration, avoiding the collection of personal information.

He added that the government would consider expanding the service to non-residents next year.

Travellers only need to register once for the service and mobile data does not need to be turned on for the app to generate a QR code.

To avoid the misuse and reuse of QR codes, screen capture functions will be disabled when the app is in use. A new QR code will also be generated every 30 seconds, rendering old ones invalid.

Children aged 11 to 17 need the consent of a parent or legal guardian to enrol.

Those aged 18 and up who do not possess smartphones can still sign up in person, enabling them to present their ID cards instead of a QR code at the e-channel and then use the facial recognition service instead of the fingerprint scanner.

Ho said there were plans to roll out the new e-channels at other border crossings as well, but did not offer a timeline.