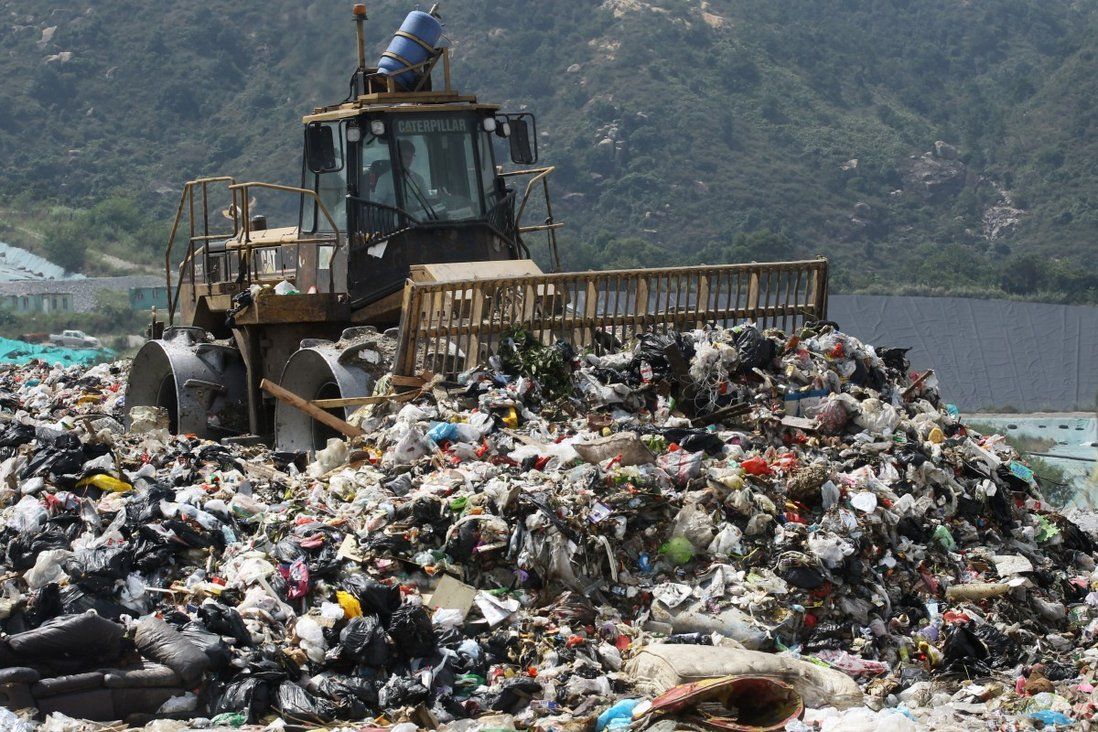 Hong Kong’s sole incinerator for clinical waste can no longer cope with the surge in refuse, which has increased nearly six-fold since the coronavirus pandemic began two years ago.

The city produced 48.7 tonnes of clinical waste each day between March 19 and 23, according to the latest data from the Environmental Protection Department.

The figure represents an increase of 5.6 times from 8.7 tonnes a day during the same period in 2019, before the pandemic. It also was nearly four times more than the 12.5 tonnes collected daily over the same period last year, reflecting the impact of the city’s ongoing fifth wave of infections. 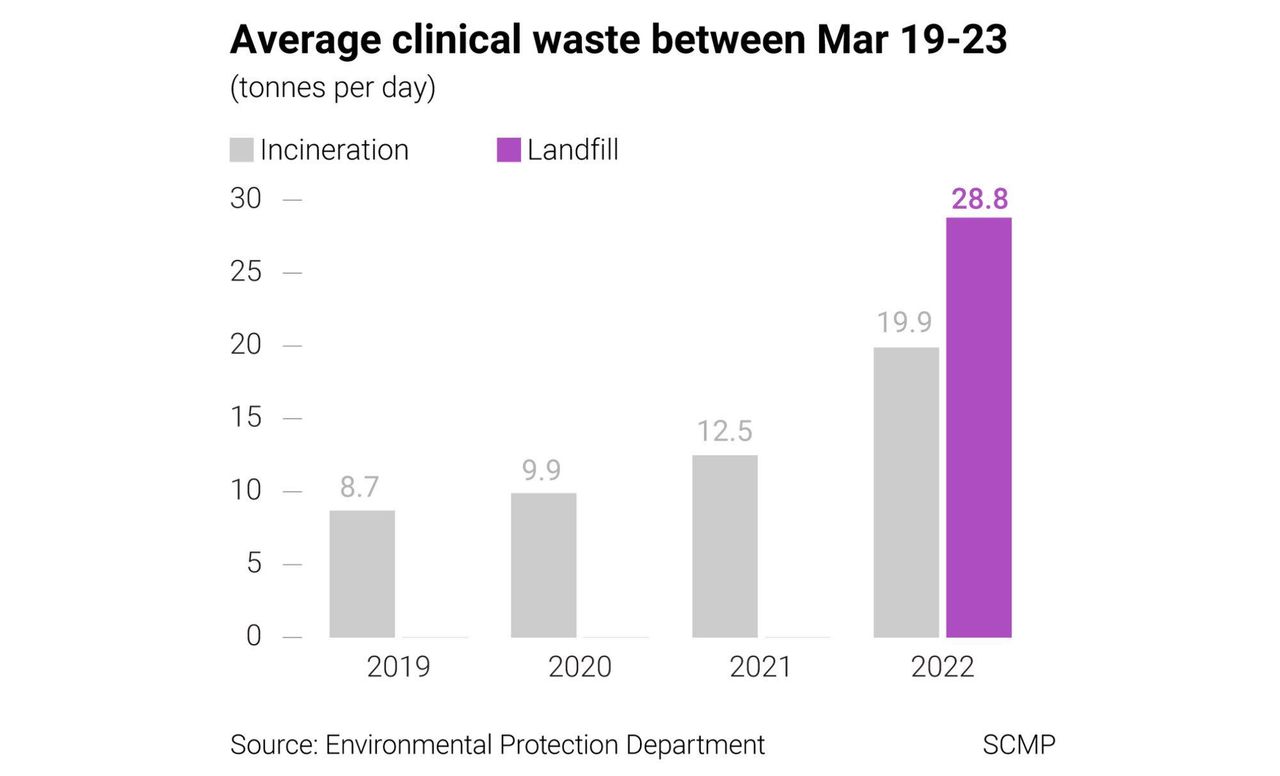 Because of the potential health risk, clinical waste cannot be recycled and must be incinerated or buried in a landfill after being treated.

The recently reported levels of refuse are twice the amount the city’s clinical waste incinerator can handle, with the facility in Kwai Chung only capable of processing 20 to 24 tonnes per day.

To cope with rising levels of refuse, the department disposes of up to 28.8 tonnes each day at a designated space for clinical waste at the West New Territories landfill in Tuen Mun.

But environmental groups in the city said they were alarmed by the sharp increase, even as they acknowledged the build-up in waste was the result of a unique health crisis.

Activists said they were particularly concerned by the rise in the use of plastic during the pandemic, not only from single-use disposable food containers and cutlery but also from Covid-19 rapid antigen test (RAT) kits.

The Environmental Protection Department said RAT kits used by Hongkongers at home were not regarded as clinical waste, though used kits should be securely wrapped before being disposed of in the household garbage.

The decision has led to residents stocking up on RAT kits, while authorities have scrambled to provide tens of thousands of anti-epidemic packs containing single-use test kits and masks to those undergoing quarantine at home. 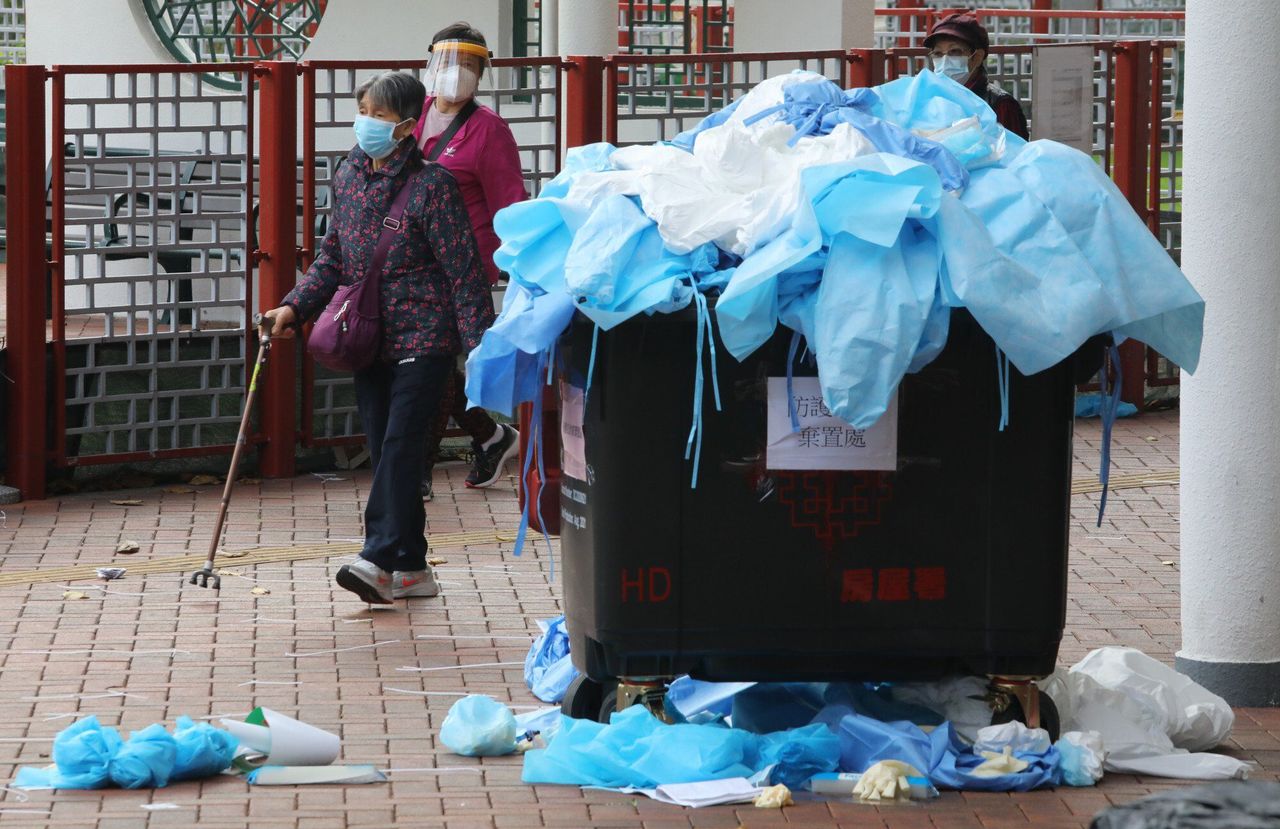 Clinical waste from a lockdown of a housing estate during the early stages of Hong Kong’s fifth wave.

On Wednesday, Chief Executive Carrie Lam Cheng Yuet-ngor said the government would distribute the packs to up to 3.5 million households this month, with each containing 20 self-test kits and 20 masks.

The Innovation and Technology Bureau told the Post it had sent out nearly 1 million packs since the middle of February.

But environmental activists have warned that the flood of supplies could generate extra waste.

“We may not need that many kits. The extra waste could have been avoided,” said Edwin Lau Che-feng, executive director of the environmental group Green Earth.

“People with a low risk of exposure to the coronavirus, such as white-collar employees working from home, rarely need to do a self-test.”

Other activists said they did not think the impact of single-use test kits should be a concern during the pandemic.

Wong said he felt Hongkongers’ habits of throwing items such as bottles and bags generated far more plastic than the test kits handed out by the government.

But senior lecturer Chung Shan-shan, a waste management specialist at Baptist University, said she was concerned about the “immeasurable” impact of the increase in waste during the pandemic.

“Every kit, cotton bud and vial used in self-testing and at testing centres is a single-use plastic, not to mention the damage from plastic utensils as people are now encouraged to buy takeaway food,” she said.

Although Hong Kong authorities aimed to ban throwaway cutlery and receptacles in 2025 to reduce the use of disposable plastics, environmentalists have criticised the plan for being too slow and acting too late.

“In the past two years, we have all seen many restaurants switch from reusable tableware to disposables over public hygiene concerns,” Chung said. “The pandemic has highlighted the fact that the government has failed to consider the cost to the environment and society in its policies.”

Green Earth’s Lau said it was important to protect the public during the Covid-19 pandemic, but added the health crisis was no excuse for “consuming limited resources thoughtlessly”.

“The pandemic shouldn’t prevent the government and manufacturers from thinking about working around the difficulties to reduce plastic waste while protecting the city from the disease,” he said.