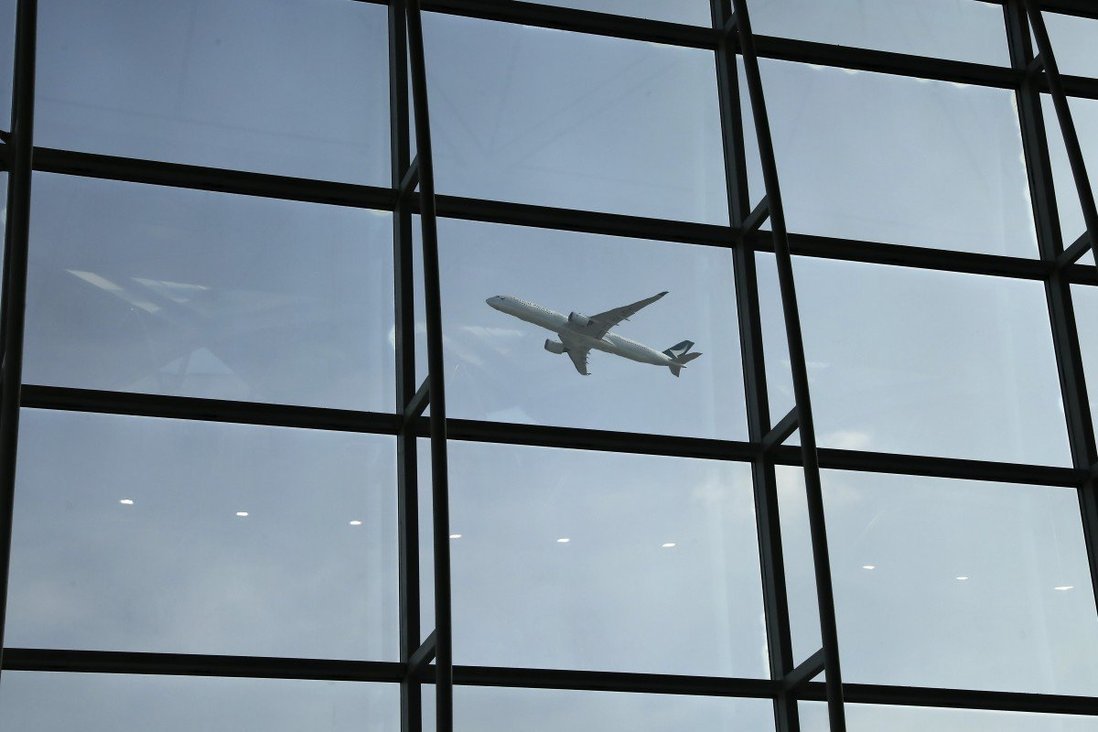 Officials have discussed limiting air arrivals if there is a shortfall of hotels willing to serve as quarantine centres, says government pandemic adviser.

A quota on travellers arriving by air into Hong Kong has been floated in case not enough hotels sign up as quarantine facilities, according to a government adviser on the pandemic, in what would be yet another blow for airlines and passengers.

Professor David Hui Shu-cheong said a cap on the number of passengers landing in Hong Kong could be used to further curb travel and protect the city from imported coronavirus infections, but added it was a remote possibility at this stage. Australia notably has enforced a cap to limit residents returning from overseas.

The government has been looking at the option should the city’s fourth Covid-19 wave spiral out of control, according to Hui, who suggested it could be deployed if there were issues with quarantine capacity.

Some 9,000 students in Britain alone were expected to fly to the city in December.

Confirming government talks on the cap, Hui said officials would only consider introducing one in “extreme conditions”.

“At the moment, so many hotels are willing to take part in the quarantine service, there is no plan to set a quota ... But the option is there,” said Hui, who is also a Chinese University respiratory medicine expert.

Hui was referring to the hospitality sector’s positive response to the government requiring travellers from overseas to stay in designated hotels, rather than quarantining for 14 days at home.

Chief Executive Carrie Lam Cheng Yuet-ngor revealed on Tuesday there would be 30 to 40 hotels in the city designated for quarantine this Christmas, providing about 10,000 rooms.

Last Sunday, 1,883 people arrived via Hong Kong International Airport, the most since March 30, around the time the city closed its borders to non-residents. Monday’s 1,536 returnees was also a high for any Monday since March.

Australia introduced caps on international arrivals to ease the pressure on quarantine facilities. For Sydney, the limit is 3,000 passenger arrivals per week, as of December.

To further reduce the risk of imported transmission into the community, the Hong Kong government announced mandatory coronavirus screenings for passengers on the 19th day after their arrival, and that Covid-19 tests at the airport would be taken by swabbing rather than the current deep-throat saliva method.

Chief Executive Carrie Lam said despite the requirement for passengers flying from certain destinations to have negative test results, there were still problems with some flights bringing in confirmed cases.

“Therefore we will stringently enforce the circuit-breaking mechanism to ground airlines [breaking the rules] for a period of time,” Lam said.

However, an industry group warned airlines faced an impossible challenge of ensuring passengers arrived in Hong Kong free of the virus, amid the prospect of lengthier bans for those carrying too many infected passengers.

“By passing the buck to airlines and making sure that airlines don’t bring in people that have the virus, it is really an onerous responsibility. There is no way they can ensure this is the case,” said Subhas Menon, director general of the Association of Asia Pacific Airlines.

He also told the Post he would support more testing to avoid travel being discouraged.

Currently, airline routes are banned for two weeks if a single flight carries at least five Covid-19 passengers or there are three each on consecutive flights.

Nepal Airlines is serving its fourth ban in as many months while Air India has been hit by five fortnight punishments.

Separately, major airlines KLM and Emirates are serving bans running to December 17 and 18 respectively for regulation breaches, which is having an impact on travellers trying to get home for Christmas.

Passengers from 18 countries considered high-risk, such as Britain, the United States or India are currently required to produce a preflight negative test result for Covid-19.

Airports Council International (ACI) Asia-Pacific also warned on Tuesday that heavy losses suffered in the sector reaffirmed the need for fewer – rather than more – restrictions on travel between those places with the same or lower levels of risk, adding testing could help pare back the curbs.

The aviation industry has been hit hard by the coronavirus pandemic.

Since March, Hong Kong has ordered people to undergo 14 days of quarantine upon arrival in the city and closed its borders to non-residents, responses similar to those made in other parts of the world.

The fourth wave of the coronavirus stopped the much-anticipated Hong Kong-Singapore air travel bubble from taking off on the eve of its inaugural flight in late November. The quarantine-free flights have been delayed until 2021.