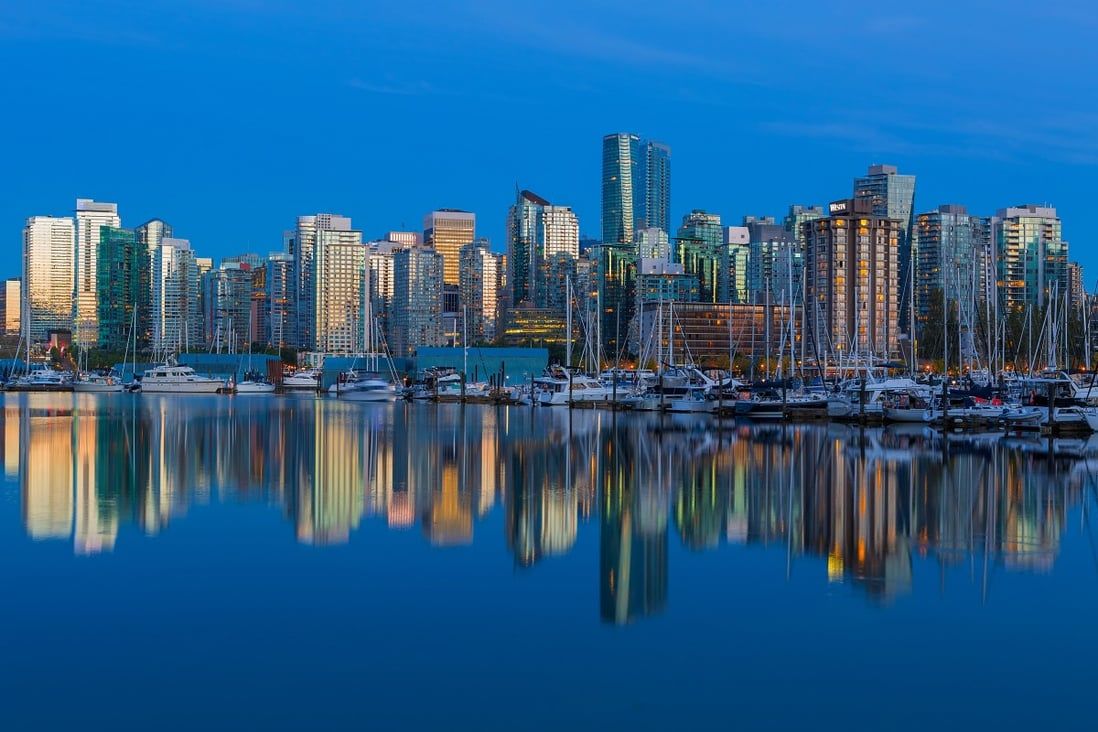 Fenella Sung hears more Cantonese spoken in Vancouver these days. The founder of Canadian Friends of Hong Kong can tell new arrivals by overhearing their conversations in supermarkets, shopping malls and restaurants.

“You look at what they are looking at, watch how they find things, and they are speaking perfect Cantonese – and you know they are newcomers,” she said. 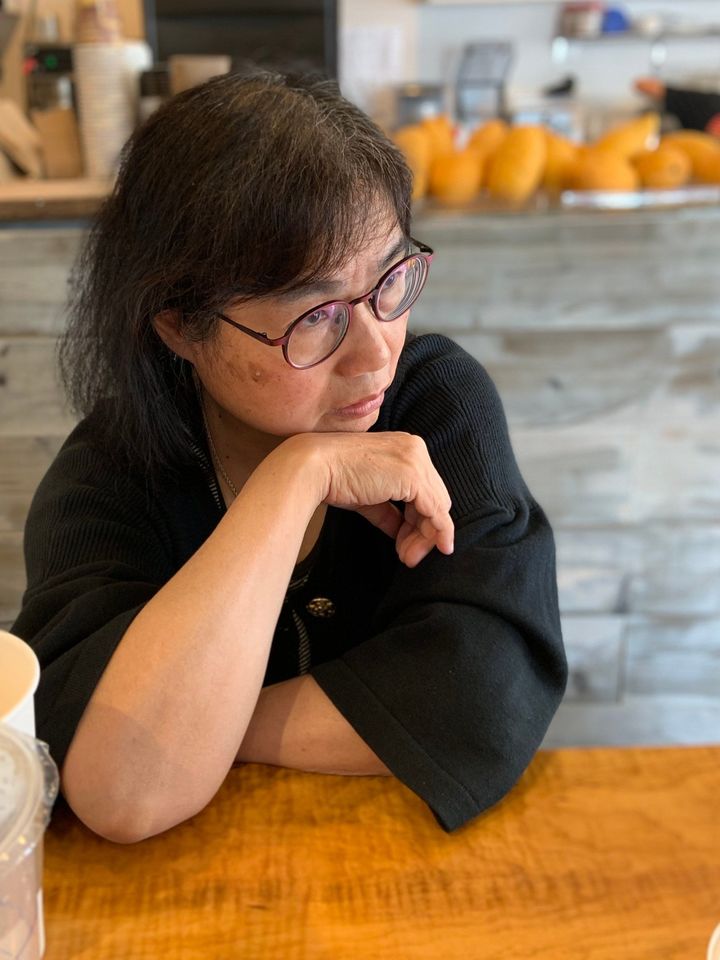 Fenella Sung, of Canadian Friends of Hong Kong.
“I haven’t heard so much Cantonese in the past while, but in the last two or three years, I hear tons of Cantonese no matter where I go.”

Canada, particularly Vancouver, is seeing an increase in immigrants from Hong Kong, with immigration consultants and agencies citing the city’s political environment for the moves.

The vast majority of these immigrants – 90 per cent – are settling in Metro Vancouver in the Pacific coast province of British Columbia, a favoured destination for Hongkongers and mainland Chinese generally; The new surge has resulted in a 6.1 per cent increase over the last five years, bringing the total population of Hongkongers to more than 76,000.

That reverses the trend of recent years, which had seen a decline in Hong Kong immigration to Metro Vancouver. In 2016, for example, there were around 72,000, compared to 86,000 in 1996 just before the handover of the British colony back to China.

According to Hong Kong’s Census and Statistics Department, some 113,000 people left Hong Kong in the 12 months that ended in August – the sharpest population drop since the department began keeping records 60 years ago – though it does not track where Hongkongers move to.

The vast majority apparently migrated to Britain, where the BN (O) passport programme has drawn nearly 125,000 applications from January 2021 through May 2022. Still, nearly 4,400 have settled in Canada, a 90 per cent increase from the last census in 2016.

The rise in immigration from Hong Kong has coincided with the aftermath of widespread protests in the city in 2019 against an extradition bill that erupted into violent clashes with police, which led to Beijing imposing a national security law the following year.

In force since July 2020, the law has resulted in more than 200 arrests just since October 2021 and led to the closing of pro-democracy media outlets such as Apple Daily and Stand News.

The national security law prompted Ottawa to offer pathways for Hongkongers to become permanent Canadian residents, particularly recent university graduates and those interested in furthering their studies in Canada since June 2021 until August 2026.

As of June, Immigration, Refugees and Citizenship Canada (IRCC) has granted more than 12,800 work permits through these measures.

“The increase in people from Hong Kong to Canada reflects Hong Kong’s geopolitical situation,” said Andy Yan, an urban planner and director of the City Programme at Simon Fraser University who researches Chinese newcomers in Canada.

“We saw a jump in Hong Kong people coming here after Expo ’86 in Vancouver because they were concerned about 1997,” when Hong Kong was handed back to China, Yan said.

“Then that segment of the population dropped off in the early 2000s because they saw things were fine in Hong Kong and went back,” he said. 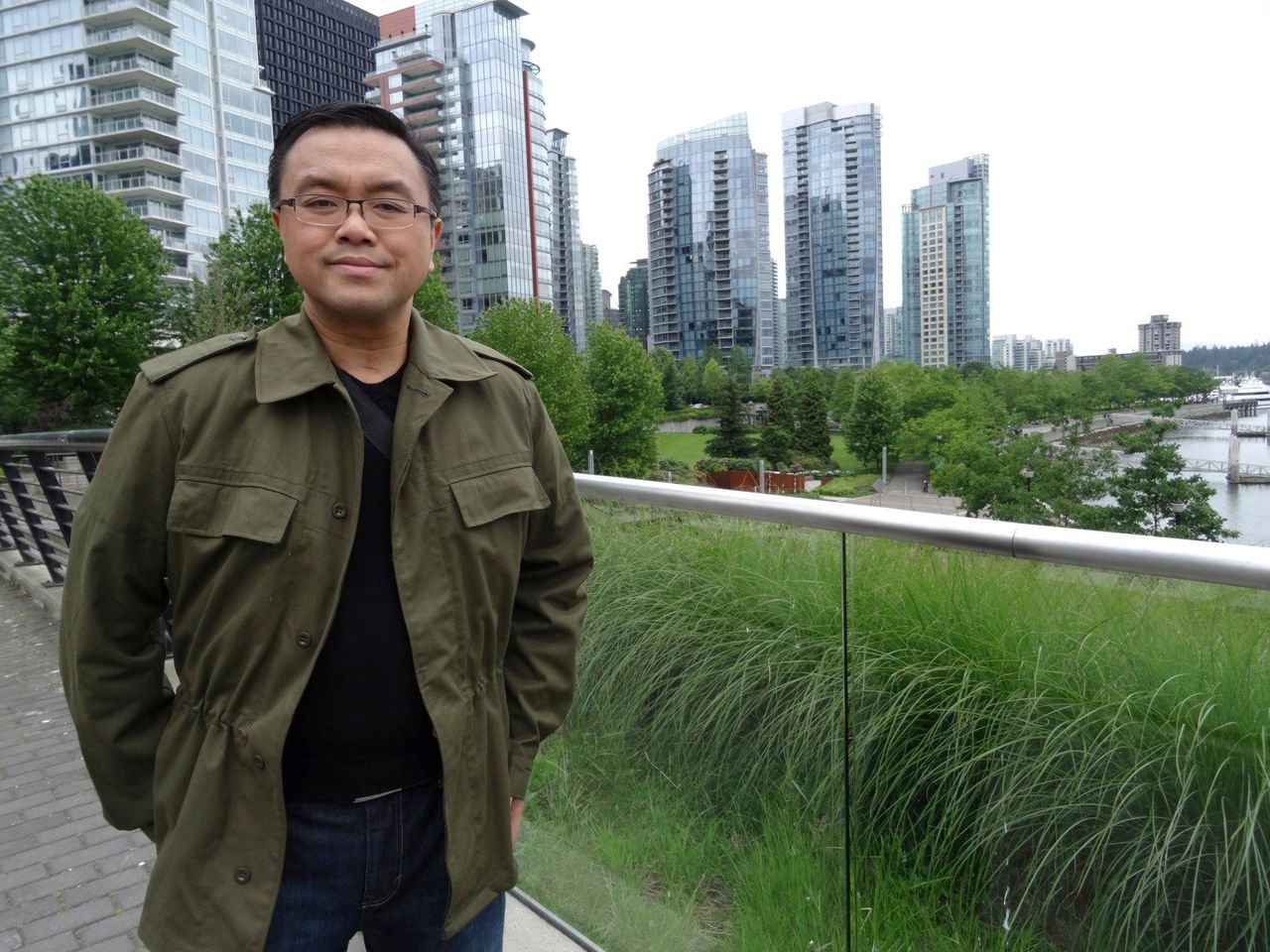 In the last 20 years, Yan added, many Hong Kong immigrants got permanent residency or Canadian citizenship and either travelled back and forth or returned to Hong Kong for work.

Jeff Nankivell, Canada’s consul general in Hong Kong and Macau from 2016 through 2021, attributed some of the early immigration to Hong Kong’s Covid-19 restrictions: “But in the longer term, the total change in the political climate in Hong Kong is definitely a driving factor as well.”

“We do see young people coming from Hong Kong who are looking to get out from this new political regime that’s in place in Hong Kong, of media, of administration, of the justice system and so on,” Nankivell, now president and chief executive of the Asia-Pacific Foundation, a non-profit think tank, added.

“And people who are making that decision to come to Canada and if they’re not dual citizens already, the new visa measure for recent graduates gives them a pathway to be able to settle in Canada.” 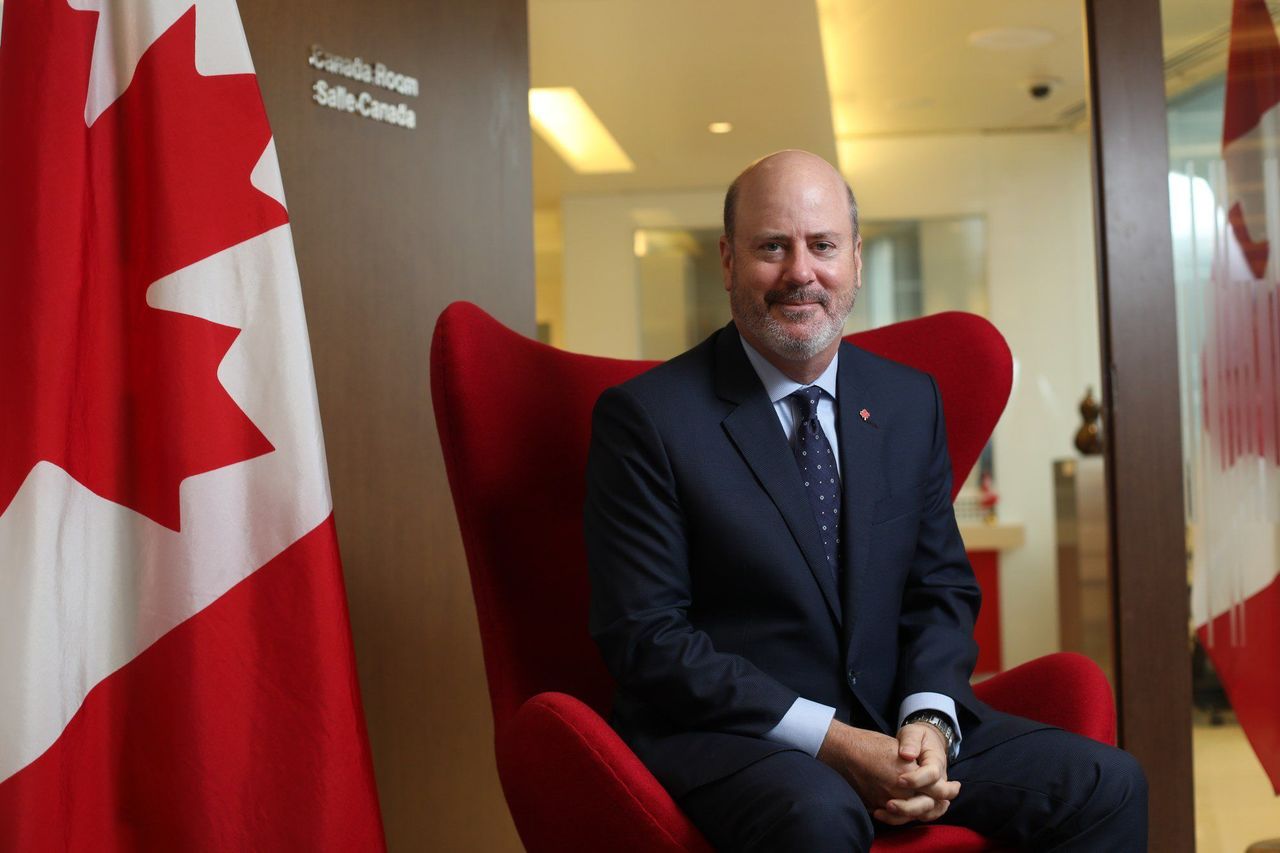 Jeff Nankivell, then Canada’s consul general in Hong Kong and Macau, in 2021.

Queenie Choo, the chief executive of Success, a non-profit agency that helps immigrants settling in Metro Vancouver, said that the agency was “seeing some new Hong Kong immigrants and some returning”.

“The returnees went back to Hong Kong for personal, business or domestic reasons, but now they are returning here for another set of reasons that may be personal or political, or they want to bring up children or grandchildren here.”

Choo said that most of the newcomers were young professionals in their 20s to 30s, and that many cited Hong Kong’s political turmoil in deciding on a fresh start in Vancouver.

“I met one young woman who had two degrees, in social work and law. I asked her why she came here, not knowing anyone, and she said she didn’t like the political situation in Hong Kong and wanted to go to a country that has more democracy,” Choo said.

Hong Kong’s new chief executive, John Lee Ka-chiu, has played down suggestions the city is experiencing “a brain drain”. Last month, during his first policy address, he called it a “rough conclusion” to assume unhappiness was the main cause of the emigration.

“Everyone has a different story,” he said, suggesting that some Hongkongers may have left for their studies or families, as well as unique situations caused by the Covid-19 pandemic. 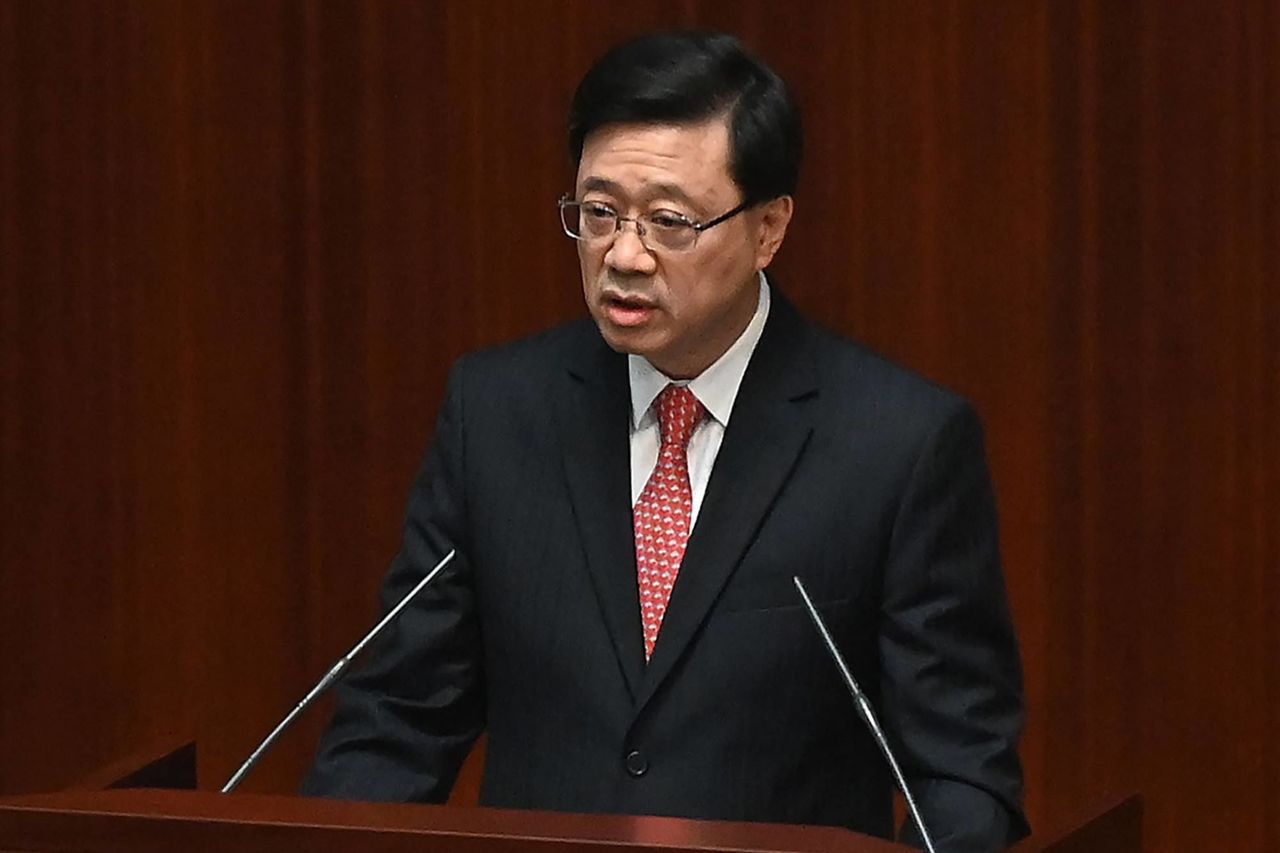 Still, after more than 10,000 people were arrested in Hong Kong during and after the protests, Canada received numerous refugee applications from Hongkongers fleeing what they called political persecution.

The strict Covid-19 restrictions imposed by the Hong Kong government also led some families to move to Vancouver for their children to have in-class learning, or pursue university degrees abroad.

While she does not have specific numbers, Choo has seen a slight uptick in Hong Kong immigrants since the start of this year.

Yan said the 2021 census was the first time Canada had given Hongkongers the opportunity to identify themselves as such.

“People from Hong Kong [living in Canada] advocated since the 2016 census to include the Hong Kong identity on the form,” he said. “It’s interesting to see the separation between those born in Hong Kong and those who identify as Hongkongers, as the latter could be born in China.”