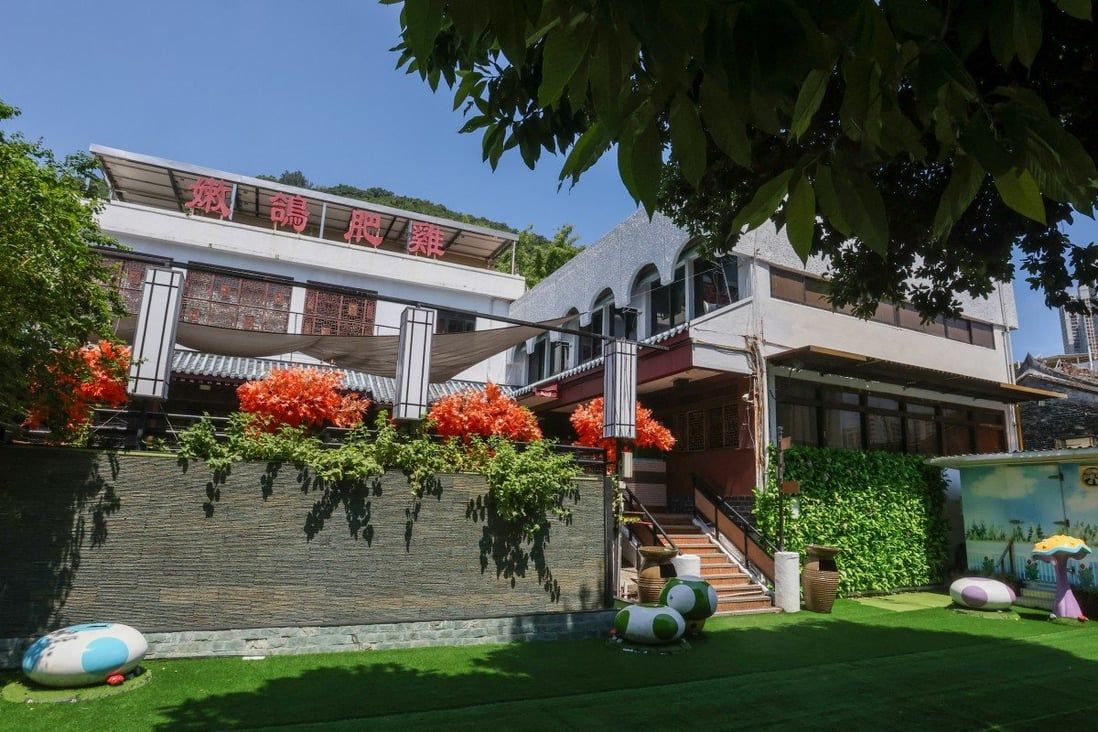 The Lung Wah Hotel in Sha Tin may be forced to shut after income slashed by pandemic and younger people look elsewhere to dine out.

The 84-year-old Lung Wah Hotel, with gardens, a children’s playground and a mini zoo, was the grandest hostelry in Hong Kong’s eastern New Territories in its 1950s heyday.

But the historic hotel, now reduced to just its restaurant operation, signalled last Friday it might shut its doors for good in the next six months because of trading conditions.

The hotel, in Ha Wo Che Tsuen, a village in Sha Tin, once played host to writers and film stars, including the martial arts novelist Louis Cha Leung-yung, who rented one of its 12 rooms to write his first novel, The Book and the Sword, about 70 years ago.

Kung fu film star Bruce Lee was also one of the guests and taught his younger brother Robert Lee Wing martial arts on the hotel rooftop in the 1960s.

“It was like the New Territories’ version of the Hong Kong Peninsula hotel,” the 60-year-old owner Chung Ma Lao said. 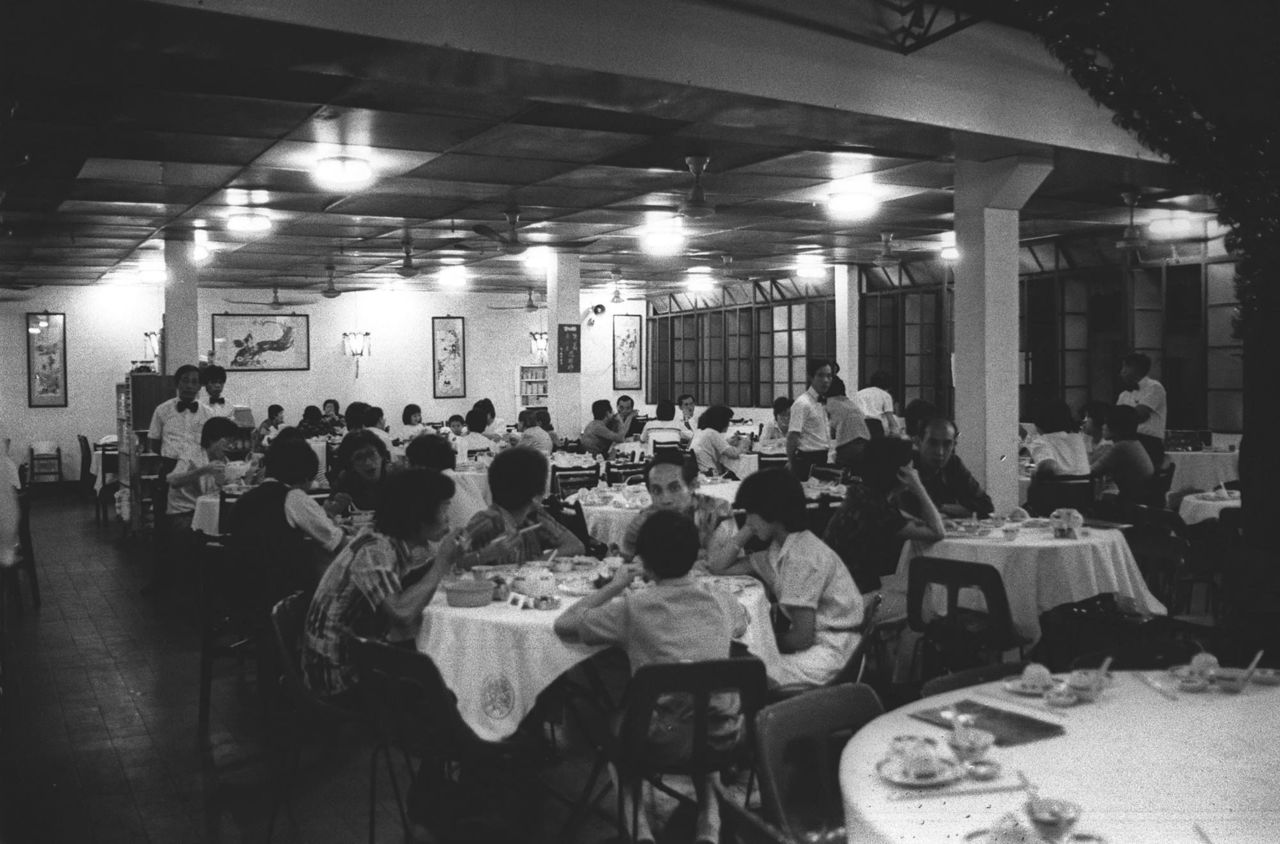 The Lung Wah Hotel in the 1980s, when 6,000 of its signature roast baby pigeon dishes could be served in a day.

But, despite its fame, the hotel side was shut in 1985 after it failed to comply with the latest fire safety regulations, so the Chung family focused on the restaurant operation.

Roasted baby pigeon has been the restaurant’s signature creation and up to 6,000 orders a day were taken in the 1980s.

Subordinates of then-Taiwan leader Chiang Ching-kuo ­transported the dish back to the self-ruled island by air for him in the 1960s and the city’s last British Governor, Chris Patten, was also among its clientele.

But history was not enough to protect the traditional Chinese restaurant, which was hit hard by the coronavirus pandemic as well as by changing tastes. 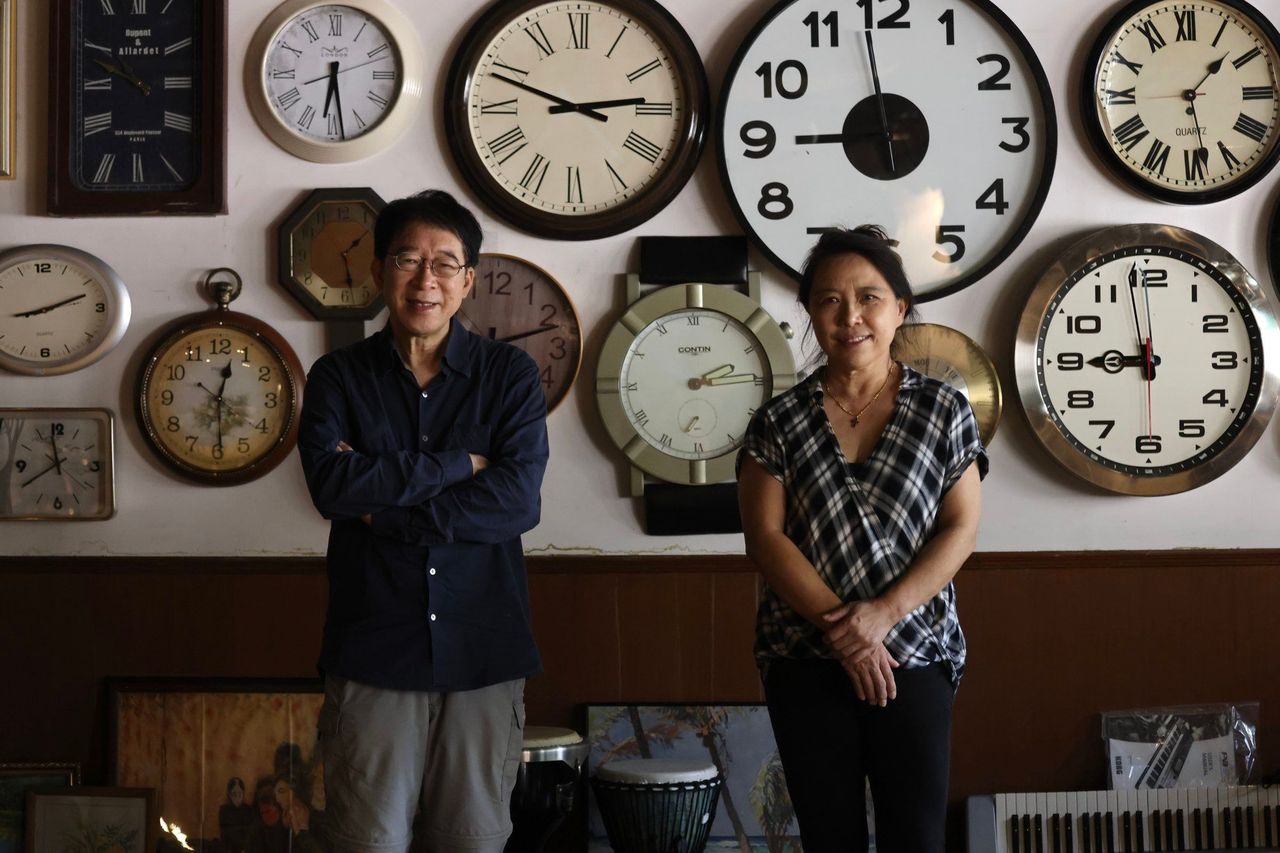 “The border has been closed by the epidemic, so we have experienced a major loss of patrons from the tourism sector,” Chung said.

She appealed for government flexibility on planning matters to support the business, but experts suggested that the restaurant should be rebranded to attract a younger crowd.

Hong Kong’s social-distancing rules, such as restrictions on the size of city group tours and the number of diners at banquets, also pushed away city patrons.

The restaurant’s revenue dropped to HK$700,000 (US$89,178) a month over the pandemic, a quarter of the take before Covid-19, but the operational costs, including maintenance of the historic building, as well as labour expenses, remained high.

Chung rented the pavement outside Lung Wah from the government and built a wheelchair ramp and fences to accommodate customers. But the government said it was an unlawful land occupation and asked her to remove them in June.

“I felt discouraged as the government didn’t even support a place with the city’s collective memories, Chung said. “I even sold my private property to maintain the restaurant operation. It can only operate for six months more if I continue to lose money. If I can’t persist, I can only sell the land to developers.” 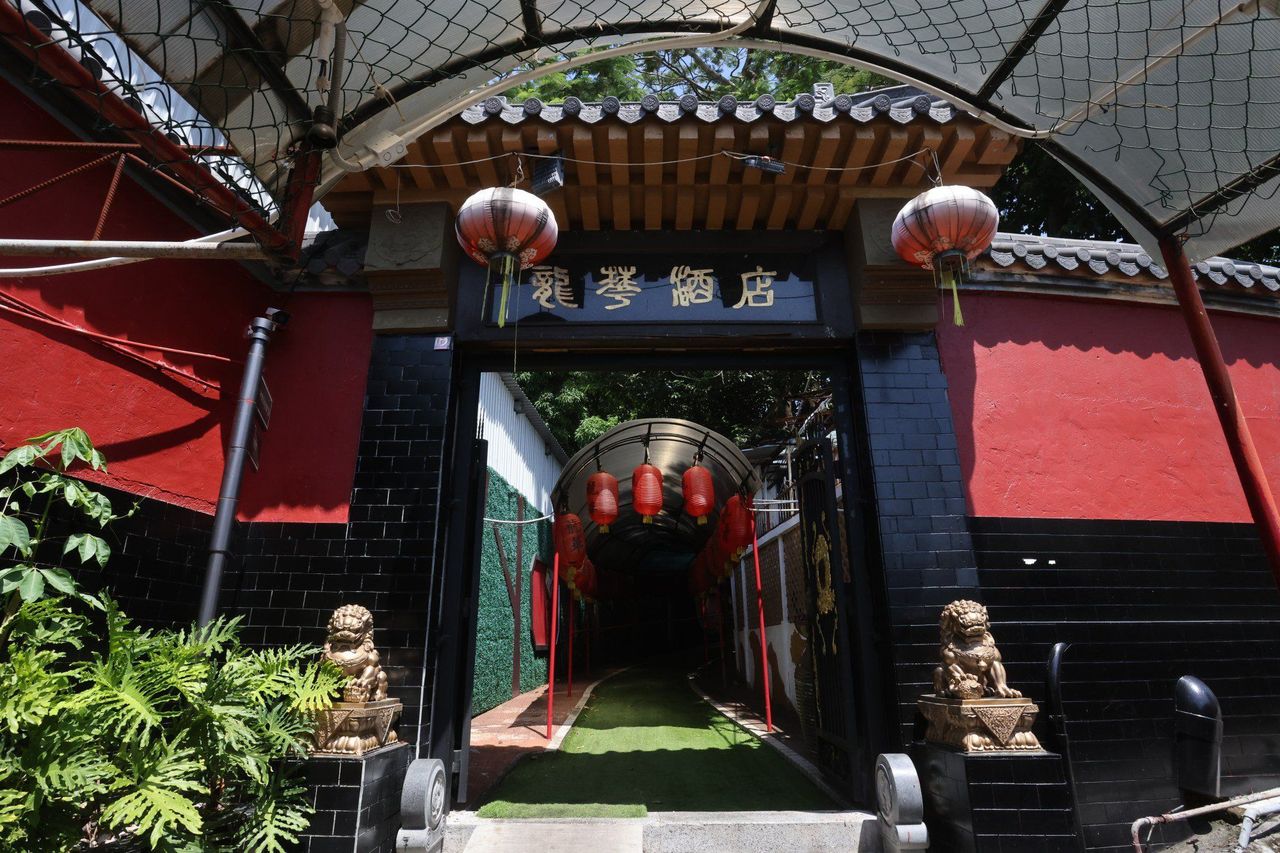 An ornate doorway at the historic Lung Wah Hotel in Sha Tin.

She added that the government could show support with a further relaxation of social distancing rules and reopening the border with mainland China.

The restaurant, a 10-minute walk from Sha Tin railway station, has failed to attract young customers as there are more accessible dining options.

Chung said Lung Wah had renovation plans, such as the addition of a cafeteria and events to attract the younger generation, but they were put on hold over the pandemic because of the high cost of the work needed. 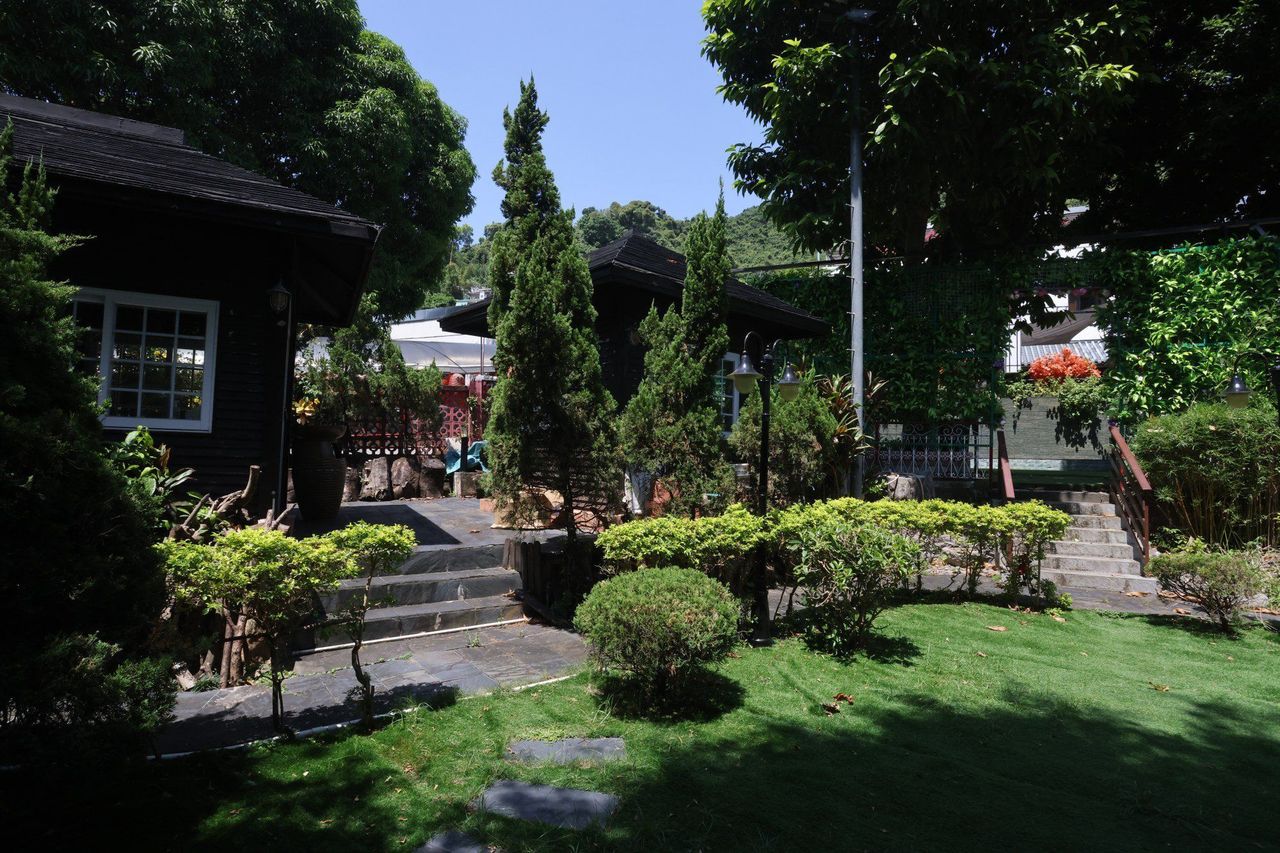 The grounds of the Lung Wah Hotel at Ha Wo Che Village in Sha Tin.

Lee Ho-yin, a retired associate professor at the University of Hong Kong’s architectural conservation programme, said the restaurant had to build a connection with the younger generation.

“The restaurant’s collective memory is limited to the older generation, while the younger ones have no feelings for it. If it doesn’t make any changes, it will die out when the society changes,” He said.

Lee added that he also had reservations about whether Lung Wah could carry out its renovation plans in the present economic climate.

Simon Wong Ka-wo, president of the Hong Kong Federation of Restaurants and Related Trades, said the owner should look for investors to help rebrand the business.

“The restaurant looks dilapidated and needs renovation to attract young patrons,” he said. “Organising different activities may help to attract customers, but it should collaborate with other organisations to attract new patrons, as well as spending more resources on promotion.”

Wong added that the restaurant, because of its isolated location, could negotiate with nearby car parks to provide discounts for patrons.

The Lands Department said if the hotel could provide professional certification that the ramp was suitable for the disabled and that it complied with legal requirements, it might reconsider its position.