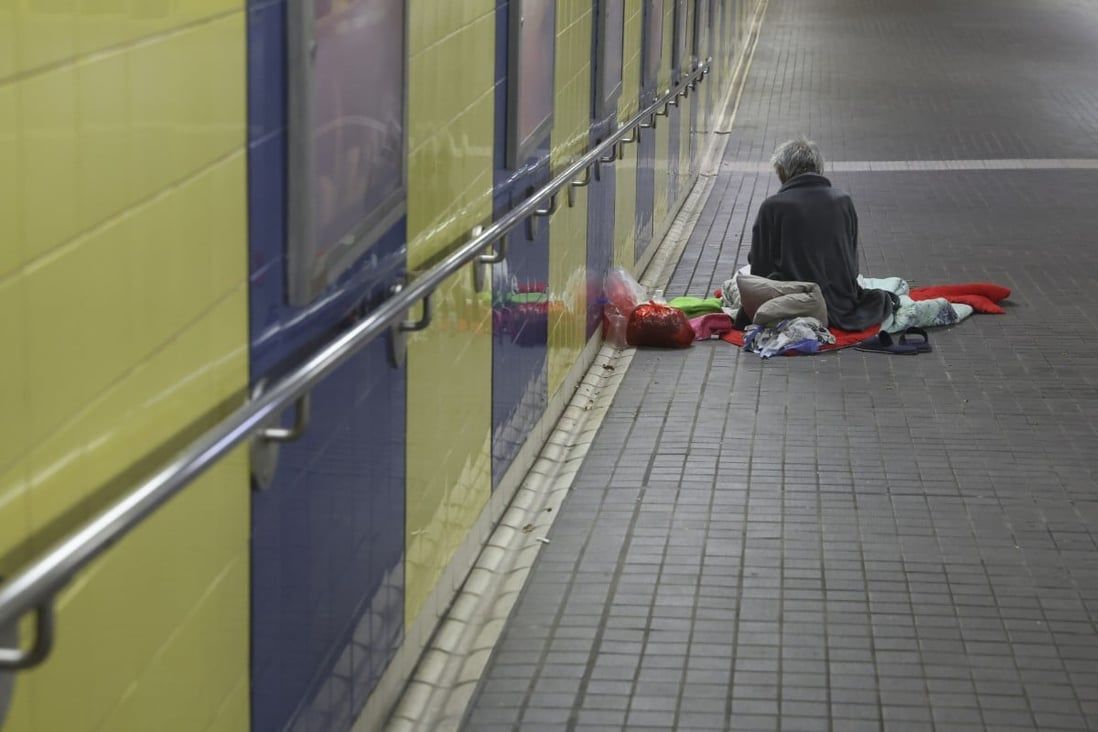 Hong Kong homeless numbers increase, but resources fail to keep up with problem

Fewer than 40 per cent of registered Hong Kong street sleepers received support from government-subsidised groups in the past year, as homeless numbers more than doubled in the last decade, the government auditor has found.

An Audit Commission report on Wednesday appealed for better services and more money for hostel accommodation for the homeless to help cope with the surge, which has been worsened by the coronavirus epidemic.

Audit officials also asked the Social Welfare Department to look at ways to better estimate the number of street sleepers who were not registered.

Social workers and academics said not enough resources had been devoted to tracing street sleepers under policies they insisted were unfriendly to people on the verge of homelessness.

They also criticised a long-term underestimation of the numbers sleeping rough by the government, which significantly hampered efforts to tackle the problem. 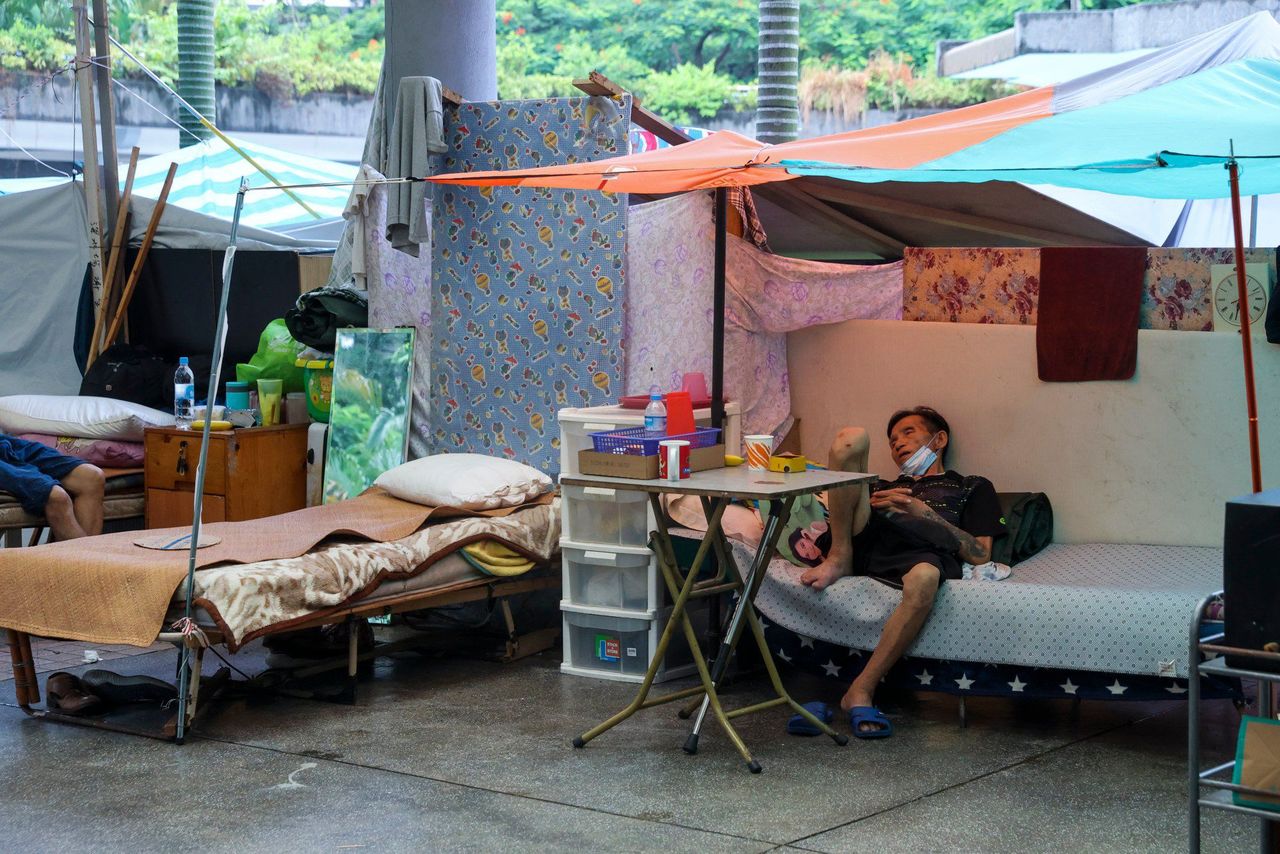 A encampment of homeless people at Tung Chau Street Park in Sham Shui Po.
The latest report to scrutinise social services for street sleepers highlighted that the city had a larger, older population of homeless people, who were harder to keep track of.

But it insisted the department had to improve its methods to cope with the change.

The number of registered street sleepers went up more than 2½ times from 595 people to 1,564 in the last 10 years.

The number of people aged 50 or more forced to sleep rough also increased over the period, up 2.3 times from 323 to 1,070 to make up 68 per cent of the street population this year.

The government has relied on several non-governmental organisations to give support and backed their operation of short-term hostels and service teams in three districts with grants of about HK$30 million (US$127,980) in the 2021-22 financial year.

St James’ Settlement operates a service team covering Hong Kong Island and outlying islands and the Salvation Army is in charge of two teams in the Yau Tsim Mong district, as well as other areas in Kowloon and the New Territories.

The department negotiates every year with the service providers to agree on the number of street sleepers they would assist and accommodate and reviewed performance standards.

The NGOs served 623 street sleepers in 2021-22, higher than the target of 285 set by the department, but the commission noted that accounted for only 40 per cent of the registered homeless.

One of the NGOs failed to hit the agreed target of homeless people to be given accommodation in 2017-18, and another did not help the required number of unemployed street sleepers secure in the two financial years since 2020.

The commission examined departmental records and found that 11 per cent of homeless people had been re-registered by the department at least once.

Auditors explained that homeless people were deregistered by the department when they found permanent accommodation. If someone was later re-registered, it could mean that they had become homeless again after living elsewhere.

The commission suggested the department improve outreach support for homeless people, especially during the Covid-19 pandemic, as well as carry out regular reviews of the agreed levels of service standards and hostel places.

The Society for Community Organisation was not included in the government’s lump sum subvention scheme for the homeless, but helped about 200 of them a year from its own funds.

Ng Wai-tung, a veteran social worker with the organisation, said the coronavirus had caused major problems for rough sleepers, especially when places they had regarded as safe shelters were often closed on a temporary basis.

“In a survey in 2020, we visited 109 McDonald's across the city and found 448 people who slept rough. Where did they go when dine-in was banned? Social workers lost contact with many of them under the strict Covid-19 rules,” he said. 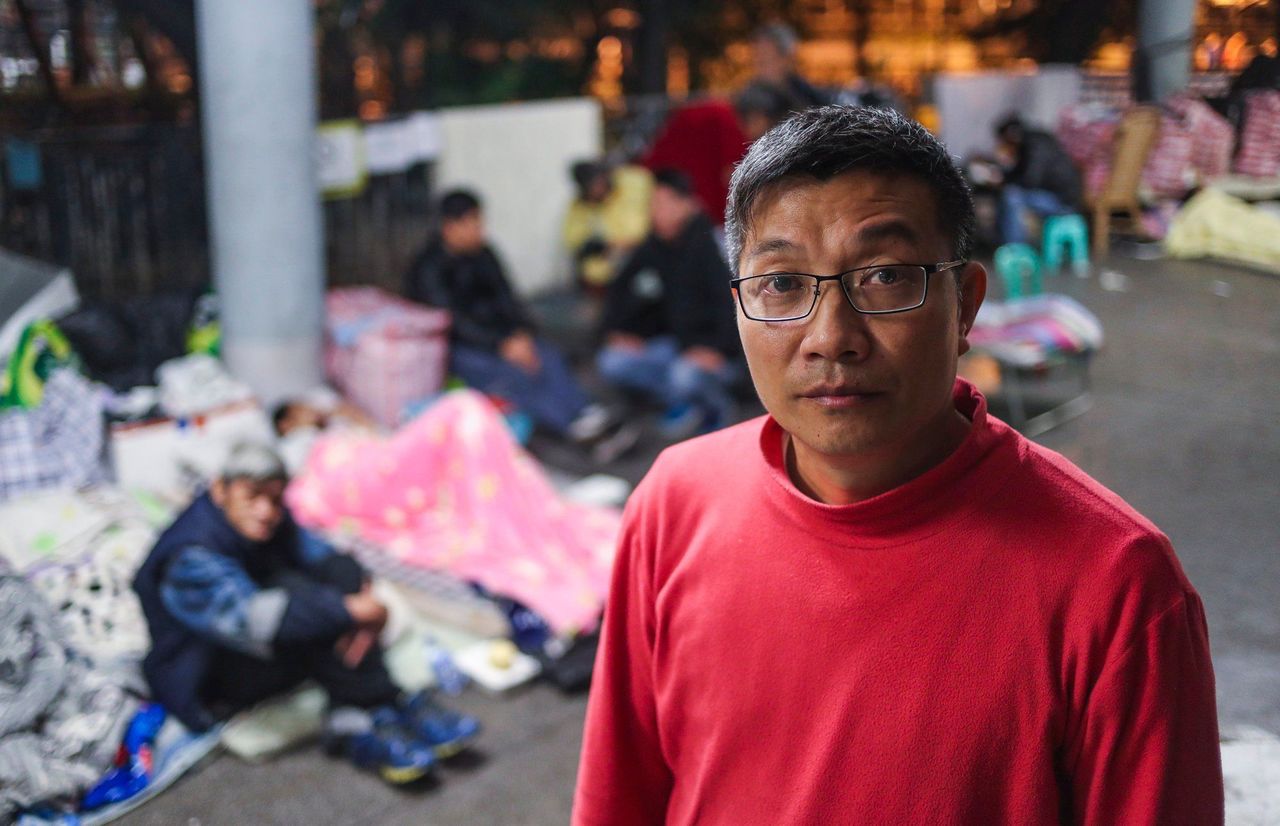 Ng Wai-tung of the Society for Community Organisation, who works with the homeless in Sham Shui Po.

Ng said more resources were needed, including doctors to offer medical treatment to street sleepers. The homeless should also be allowed to stay in government-subsidised hostels for more than the six months agreed at present so they could receive better transitional support, he added.

Chan Siu-ming, a City University academic who worked as a frontline social worker for eight years, said the figures the government set with the NGOs on the quantity of casework services did not match the scale of the problem.

He added outreach services had not been increased enough over the years to cope with the growing number of people on the verge of homelessness.

“The government’s policies have been known as unfriendly to those sleeping rough,” Chan said.

Nine homeless men sued the authorities after their personal possessions were seized and disposed of without their consent during a joint enforcement action by police and the Leisure and Cultural Services Department just before Christmas in 2019.

The men were awarded HK$100 (US$13) each in compensation after a court ruled in March that the government had failed to exercise reasonable care in handling their belongings.

Chan, an assistant professor at the university’s social and behavioural sciences department, agreed the authorities’ figures for the homeless had been underestimated

He said he had estimated the number of street sleepers was at least 3,000, after he considered the findings of a large-scale study he conducted with other groups last year. The survey showed up to 30 per cent of rough sleepers did not register with the authorities for social assistance.

Half of the respondents told researchers it was their first time sleeping rough in the past two years, with high rents, unemployment and family problems listed as the major reasons for their plight.