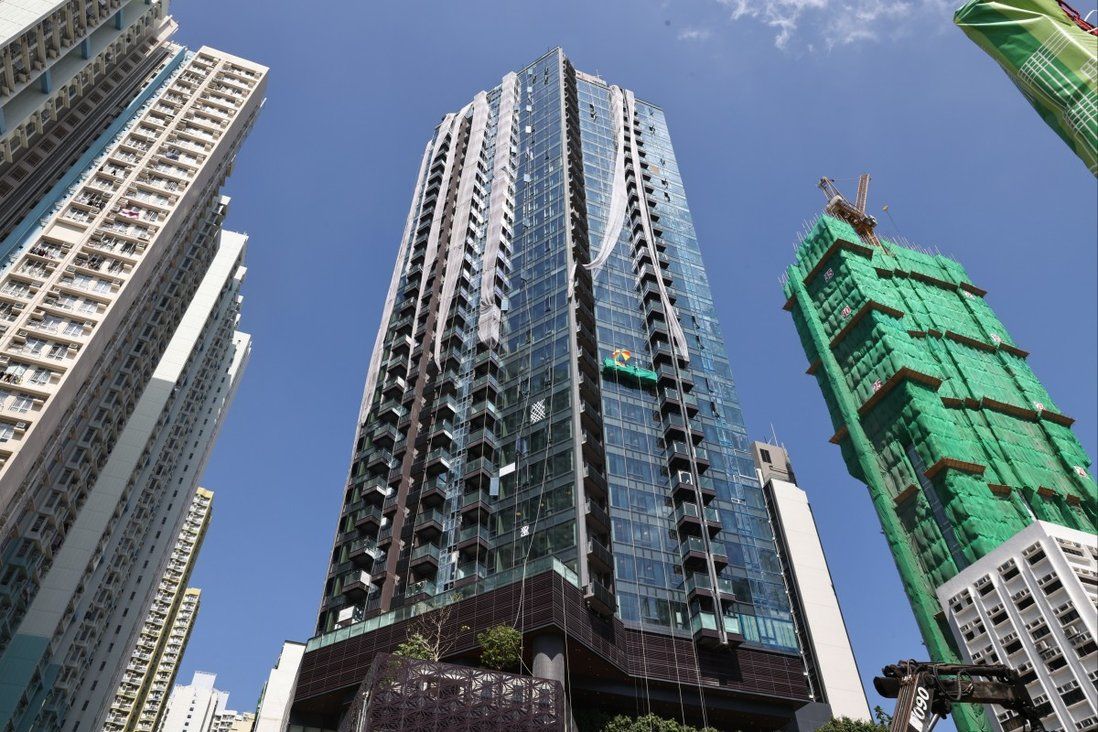 A total of 21 buyers at a Cheung Sha Wan project failed to complete transactions they agreed to in 2020, amid falling prices and rising mortgage rates.

The developer of The Vertex, a housing development in Hong Kong’s Cheung Sha Wan district, terminated 21 flat purchases on Tuesday as the would-be buyers failed to complete their transactions, forfeiting a total of HK$8.83 million (US$1.1 million) in deposits.

The number of terminated deals in a single day was among the highest in memory, and the Hong Kong housing market may see more abandoned purchases given an outlook that calls for falling prices amid rising mortgage rates, a broker said.

Developer Twin City Holdings, a wholly owned subsidiary of VMS Group, said it notified the 21 buyers about the termination of the transactions and the forfeit of their 5 per cent deposits on Tuesday.

The Vertex went on sale in 2019. The 21 buyers had agreed between April and December of 2020 to buy units ranging in size from 224 square feet to 517 sq ft for between HK$5.6 million and HK$12.1 million, according to government records.

The developer terminated the deals because the buyers “could not be contacted or did not apply for the developer’s mortgage scheme, or indicated that their intention was to not complete the transaction,” according to the developer’s statement on Tuesday.

Embattled China Evergrande Group developed The Vertex, but reportedly sold its share to partner VMS Group last November. Before the change of ownership, Evergrande faced a conflict with agents over unpaid commissions, which was resolved after VMS Group took over. The developer started to deliver homes to buyers in May.

“It is one of the highest numbers of cancellation cases to happen on the same day in a project,” said Sammy Po Siu-ming, chief executive of Midland Realty’s residential division for Hong Kong and Macau. “There will likely be more buyers walking away from their purchases at a time when home prices are heading for a downward trend.”

Prices for Hong Kong homes in the mass-market category (homes of less than 69.9 square metres) are expected to fall as much as 10 per cent this year, driven by an upwards trend in interest rates, according to JLL.

The average mortgage rate will continue to rise through the remainder of the year, driving the capital value of mass residential properties to drop 5 per cent to 10 per cent this year, said Joseph Tsang, chairman of JLL in Hong Kong.

The Hong Kong Monetary Authority (HKMA), the city’s de facto central bank, has raised rates in tune with the US Federal Reserve. Based on the current Hibor, or the Hong Kong Interbank Offered Rate, the actual mortgage interest rate for some mortgages has risen to more than 2.1 per cent, hitting the highest level in more than two years.

All of the 21 buyers at The Vertex selected a staged payment scheme, meaning they would need to arrange mortgage loans to pay the outstanding balance of as much as 90 per cent of the purchase price when the flats were ready for delivery.

Earlier this month, about 20 buyers who had opted for the developer’s mortgage plan protested that after the development changed ownership last November, the developer reduced the amount that could be mortgaged from 90 per cent to 80 per cent.

Twin City, however, said “the new management has resumed the loan-to-value [LTV] ratio of 90 per cent to buyers in March”. Out of 86 buyers who applied for the LTV ratio of 90 per cent, 76 won approval from the designated finance companies, according to the company.

“But some of the approved applicants did not complete the home-loan agreements, leading them to be unable to complete the transactions in accordance with the schedule,” Twin City said.