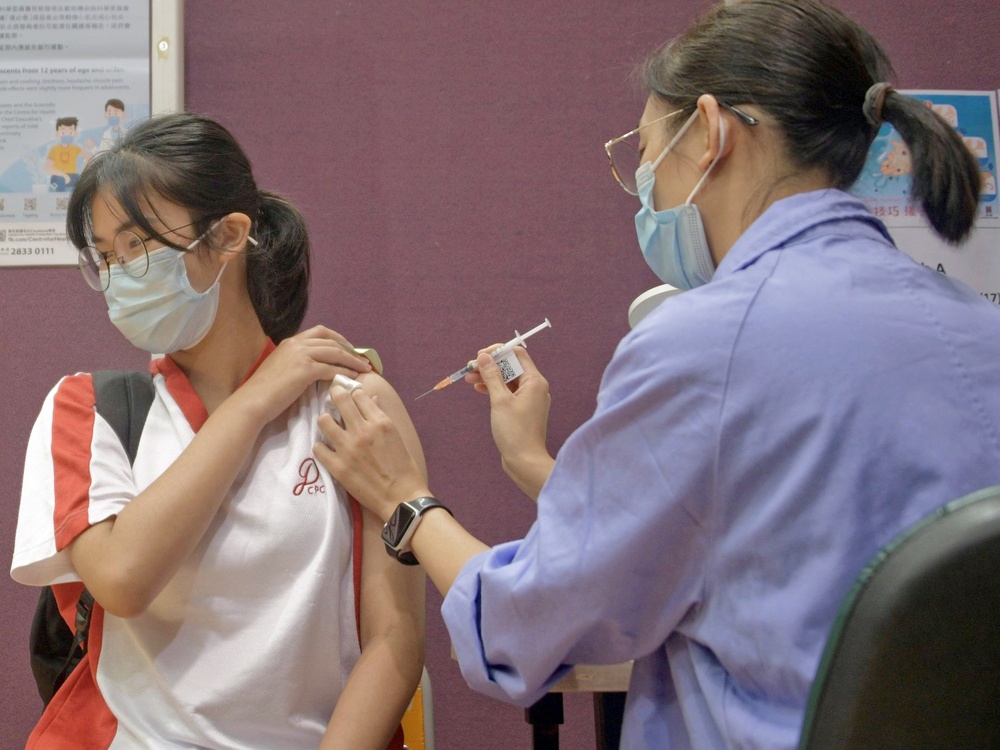 Hong Kong on Tuesday hit the government’s goal of administering at least one Covid-19 vaccine dose to 70 percent of the city's population, reaching the milestone nine months since the start of the inoculation drive.
On Tuesday night, the city reached its initial mark of a 70 percent first-dose vaccination rate for its eligible population. Over 4.71 million people have received their first dose of a Covid vaccine.

Secretary for the Civil Service, Patrick Nip Tak-kuen, the minister in charge of the city's Covid-19 vaccination program, wrote on his social media that the city has finally achieved this milestone after 271 days of the "vaccination journey."

He also urged citizens who were not yet jabbed to get vaccinated, especially the elderly.
#BioNTech  #COVID-19  #vaccine  #Covid
Add Comment