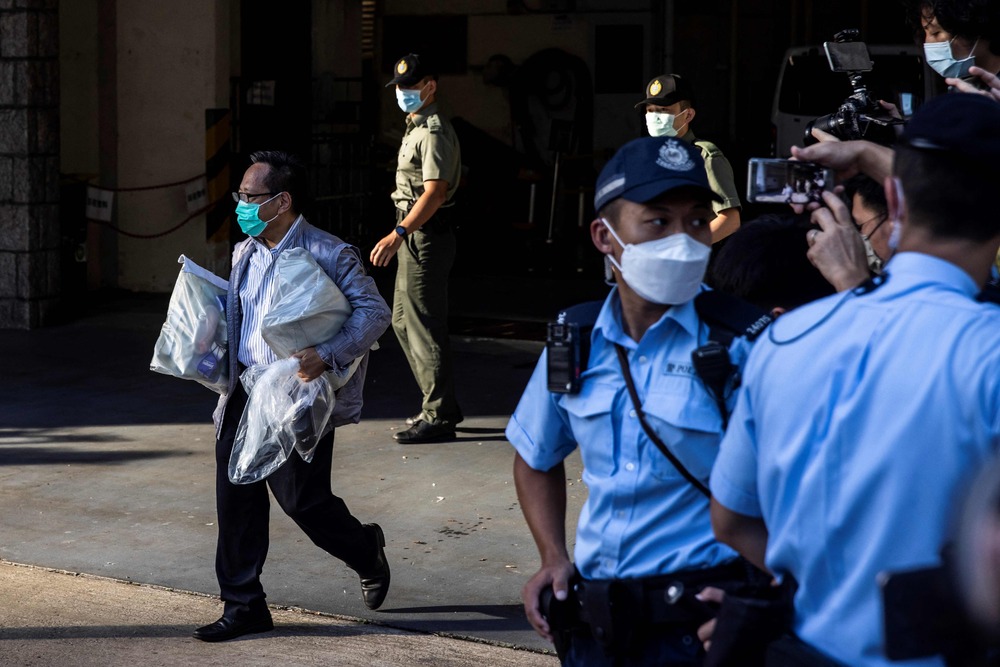 Hong Kong has most people detained awaiting trial this century

Hong Kong is holding the highest number of defendants on remand this century, after a China-imposed security measure raised the bar for bail, fanning concerns over the finance hub’s rule of law.
The city’s jails had 2,751 people in custody pending trial as of Sept. 30 -- or some 35 percent of the total prison population -- according to Correctional Services Department data compiled by Webb-Site.com, founded by investor David Webb.

That is the highest number of people held on remand since at least Dec. 31, 2000, when 1,252 defendants were in custody awaiting trial, representing 10 percent of the city’s total prison population.

“A large portion of the increase is due to the backlog of cases arising from the national security law, the protests of 2019 and the renewed use of the alleged crime of seditious intent,” Webb said.

Hong Kong police arrested more than 10,000 people during the mass anti-government unrest of 2019. Authorities have since sought to prosecute some 2,890 defendants, with about 30 percent still awaiting judicial proceedings, according to figures provided last month by Security Secretary Chris Tang.

China imposed a national security law on the city in June 2020, in the wake of that violence, which set a higher threshold for bail for all security-related charges, including the recently revived colonial-era offense of sedition. Some 230 people have since been arrested by national security police, with scores held without bail for as long as 20 months.

That crackdown has put pressure on the city’s judicial system, with Hong Kong’s then-leader Carrie Lam last year pledging to build a “mega-courtroom” to clear such cases. The sweeping security legislation has also prompted concerns about Hong Kong’s rule of law, once a foundational pillar of its status as a liberal financial center.

City officials have brushed aside such criticisms, with Chief Executive John Lee this week touting the former British colony’s rule of law as a key attraction for international business.

On Monday, in his opening remarks for Hong Kong Legal Week, Lee said: “Our legal system is underpinned by the rule of law, which is a core value of our society and the cornerstone of Hong Kong’s success.”
Add Comment