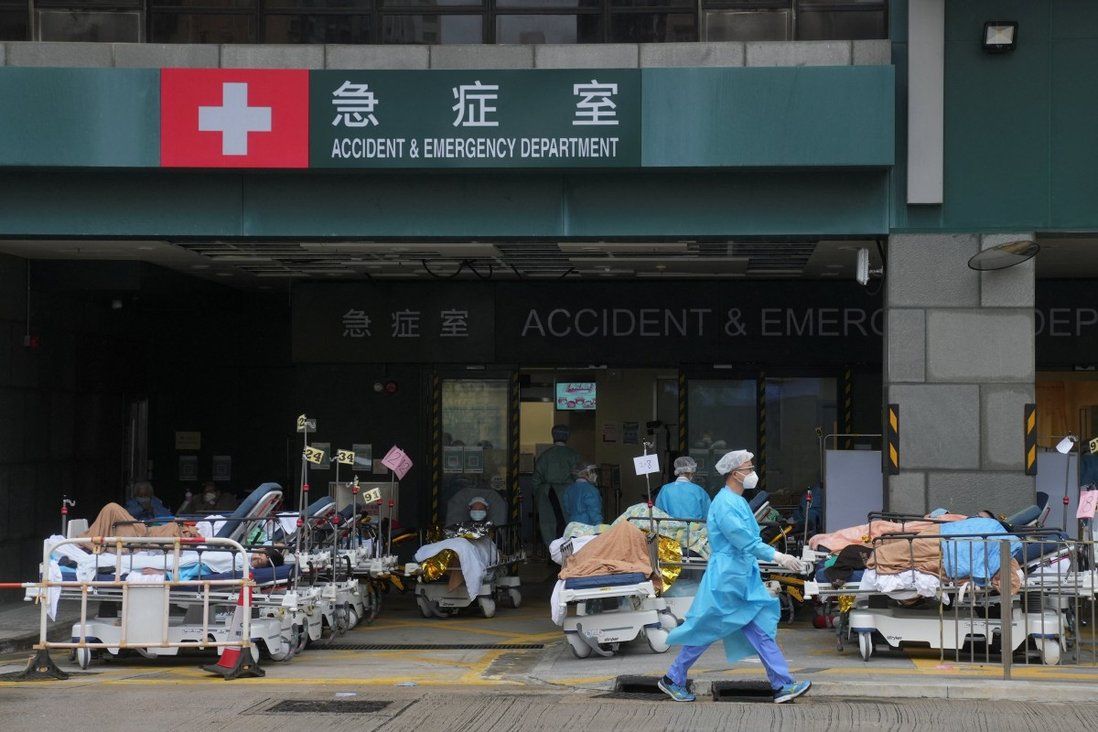 What were Hong Kong’s leaders doing in the month before the Omicron onslaught that they must have known would come? They were caught up in how “partygate” could have brought the government into disrepute, instead of preparing the health care system to cope.

I didn’t think our government could be more disorganised and unprepared than it had been for the fifth wave of Covid-19, but the sight of beds, patients, tents and health workers gathered outside overwhelmed public hospitals shocked me to the bone. Was this what things had come to in Hong Kong: are we caring for the sick while battling the elements? We should be better than that.

We’ve fallen short, way short. For about two years, we bought time with one of the harshest and most stringent strategies that have kept families apart for protracted periods of time and deprived schoolchildren of thousands of hours of learning, playing, and growing up in a safe environment, and yet, amid the onslaught of Omicron, it is unclear how all that time we bought is paying off.

In the current wave of infection, people were quick to note an unusual trend in the daily tallies of confirmed cases and preliminary positive cases: they didn’t add up. Our health authorities admitted that our testing capacities were maxed out, and those backlogged cases awaiting confirmation ran from hundreds to thousands. And just like that, those daily tallies stopped being a useful indicator.

Our public hospitals are at such full capacity that some patients have recovered (or tested negative) while waiting to be admitted.

Through all of this, our government appears to have been caught by surprise. Given all the time the government had bought with our compliance with the social distancing regime, any reasonable member of the public would expect the government to have anticipated the latest wave and drawn up an arsenal’s worth of contingency plans.

Instead, in January’s chaotic public estate lockdowns came a glimpse of the government’s haplessness. Yet our chief executive, speaking then on the subject of asking the central government for assistance, merely said she would not be averse to the idea.

More than two weeks would go by before the chief secretary finally led a delegation of officials to meet mainland officials in Shenzhen.

It is alarming, and it is no wonder that President Xi Jinping had to step in last week with quite a scolding. He assured the city of the central government’s support but also told the Hong Kong government in no uncertain terms that it had to take the main responsibility for fighting Hong Kong’s war against Covid-19, and that nothing is as important as getting the pandemic under control and protecting people’s lives.

And what had the city’s leaders been doing last month? Caught up in Witman Hung’s birthday party, they had the luxury of deploying officials to investigate the possible misconduct of other officials who attended the party; our chief executive then spent precious time explaining that officials were not to bring the government “into disrepute”.

Well, the dust has settled on Hong Kong’s “partygate”, but the government remains in disrepute because it has failed to demonstrate to the public, and to the central government, its ability and its commitment to winning the war against the pandemic.

Competence, having a real sense of what is happening on the ground, and having a finger on the public pulse go a long way towards keeping a government in good repute. 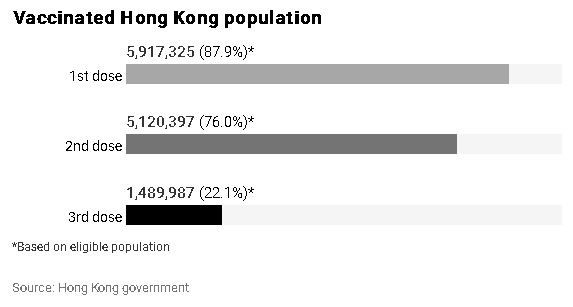 At the heart of the matter is that this city’s leadership lacks the public confidence it needs to lead. And in the face of an unprecedented crisis, this weakness is ever more apparent.

One message from Xi seemed to make all the difference: a health expert went on television to admit he hadn’t done enough to dispel rumours and address vaccine hesitancy; landlords offered rent concessions; hotel rooms were secured to isolate Covid-19 patients.

Fighting the virus is the government’s overriding mission now. The nomination period for candidates vying to become Hong Kong’s next leader has been pushed back, as is right in the midst of our greatest public health crisis. But it is not too early to start considering what kind of leader this city needs.

We need leaders who can command respect, most importantly in the form of public trust. Without that, communities cannot be brought together and no hope can be inspired. The next administration of Hong Kong cannot inherit this low level of confidence and capacity.