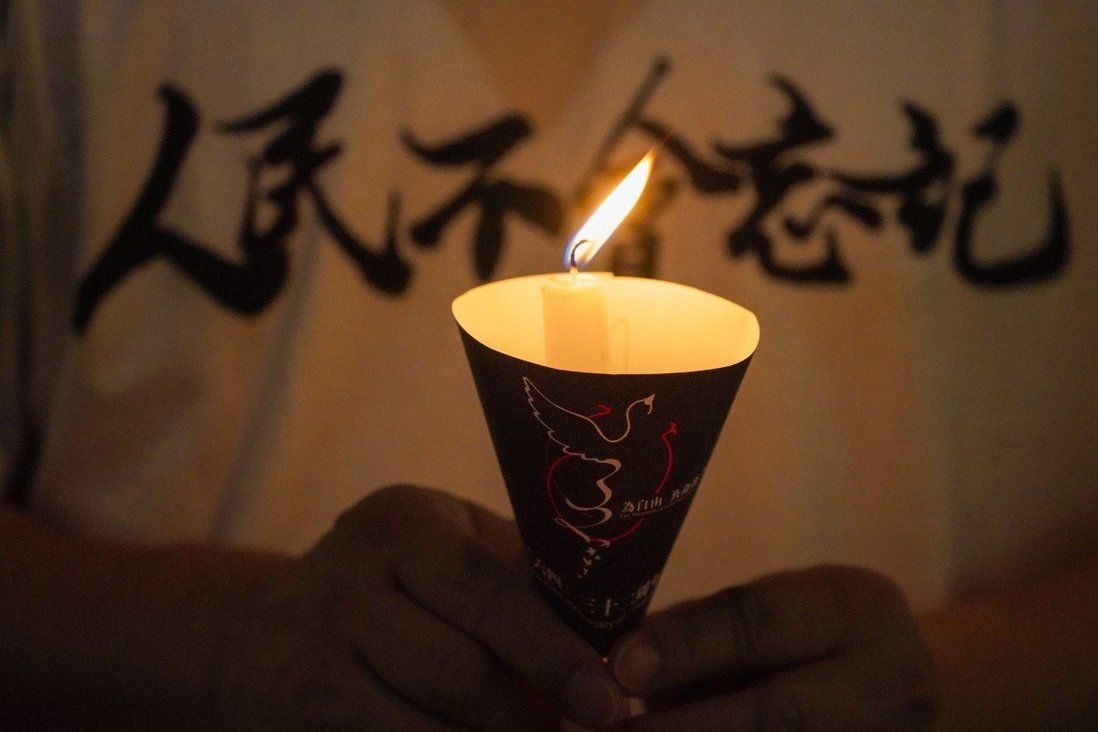 Police have warned the organiser of Hong Kong’s annual Tiananmen Square vigil of consequences under the national security law after the opposition group openly rejected their demand that it hand over information about its membership, operations and finances.

The Hong Kong Alliance in Support of Patriotic Democratic Movements of China recently announced plans to disband after 32 years of activism, but sources now say there is a possibility that an extraordinary general meeting later this month to finalise the move may end up rejecting it.

Local and Beijing authorities condemned the alliance as it remained defiant on Sunday, declaring at a press conference that it would not comply with national security police letters delivered to 12 of its core members demanding specifics about their activities and funding sources.

“We will not provide the information requested,” alliance vice-chairwoman Chow Hang-tung said, accusing police of failing to explain why the group was being characterised as a foreign agent, and dismissing the demand for information as a “fishing expedition”.

“The National Security Department … is setting a very bad precedent by casually labelling any civil groups as foreign agents and then asserting that they have the power to demand any information [they want],” she said. 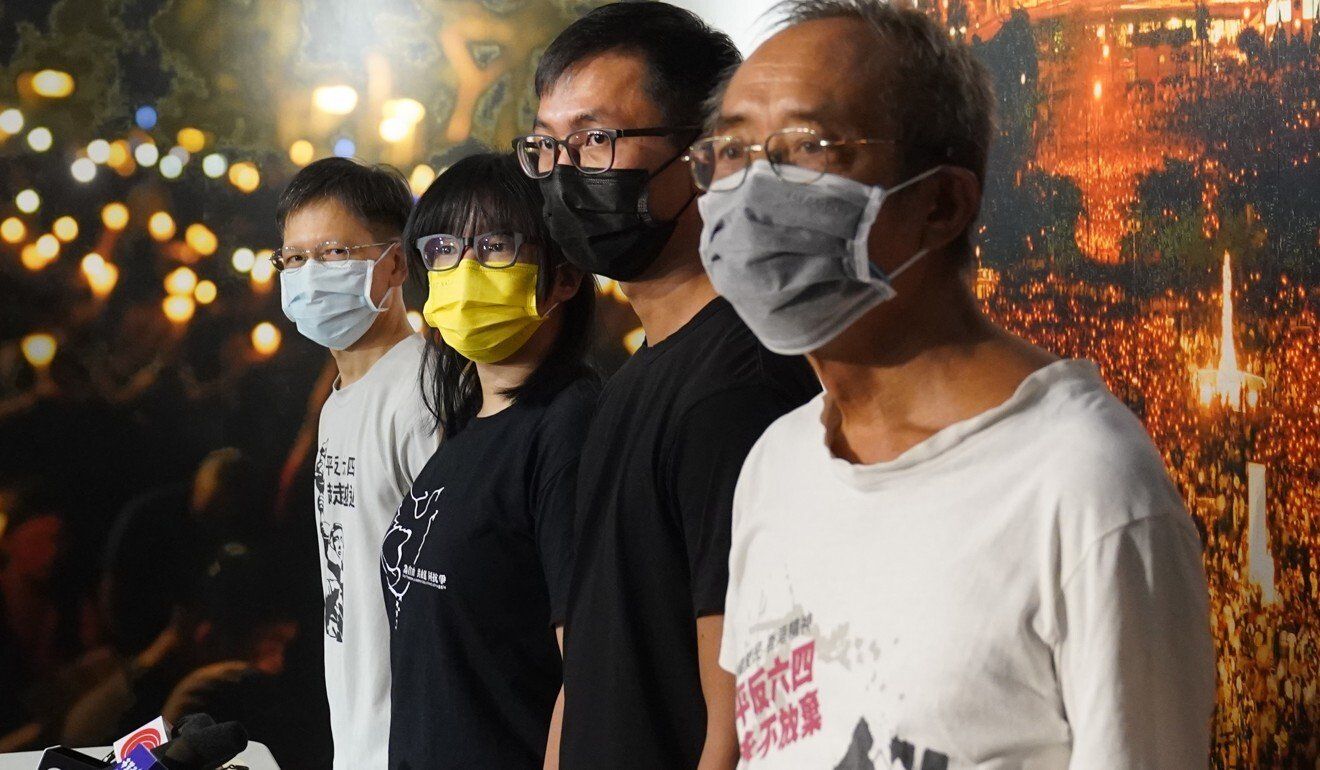 Alliance vice-chairwoman Chow Hang-tung (yellow mask) speaks to the press at the June 4 museum in Mong Kok on Sunday.

Sources said that while the alliance’s standing committee had narrowly endorsed a resolution to disband, there was a “realistic possibility” it would fail in a broader vote at the coming extraordinary general meeting, given the high threshold for passage. If the resolution failed, the group would continue to exist unless authorities formally outlawed it, they said.

Chow revealed that the group had scheduled the meeting for its roughly 100 members on September 25. For the disbandment resolution to pass, Chow said, no fewer than 20 members would have to attend, with at least 75 per cent of them voting in favour.

She said the alliance had no intention of lowering the threshold for passing the motion, as the Professional Teachers’ Union recently did when its leading members decided to dissolve the group after being ostracised by the government. 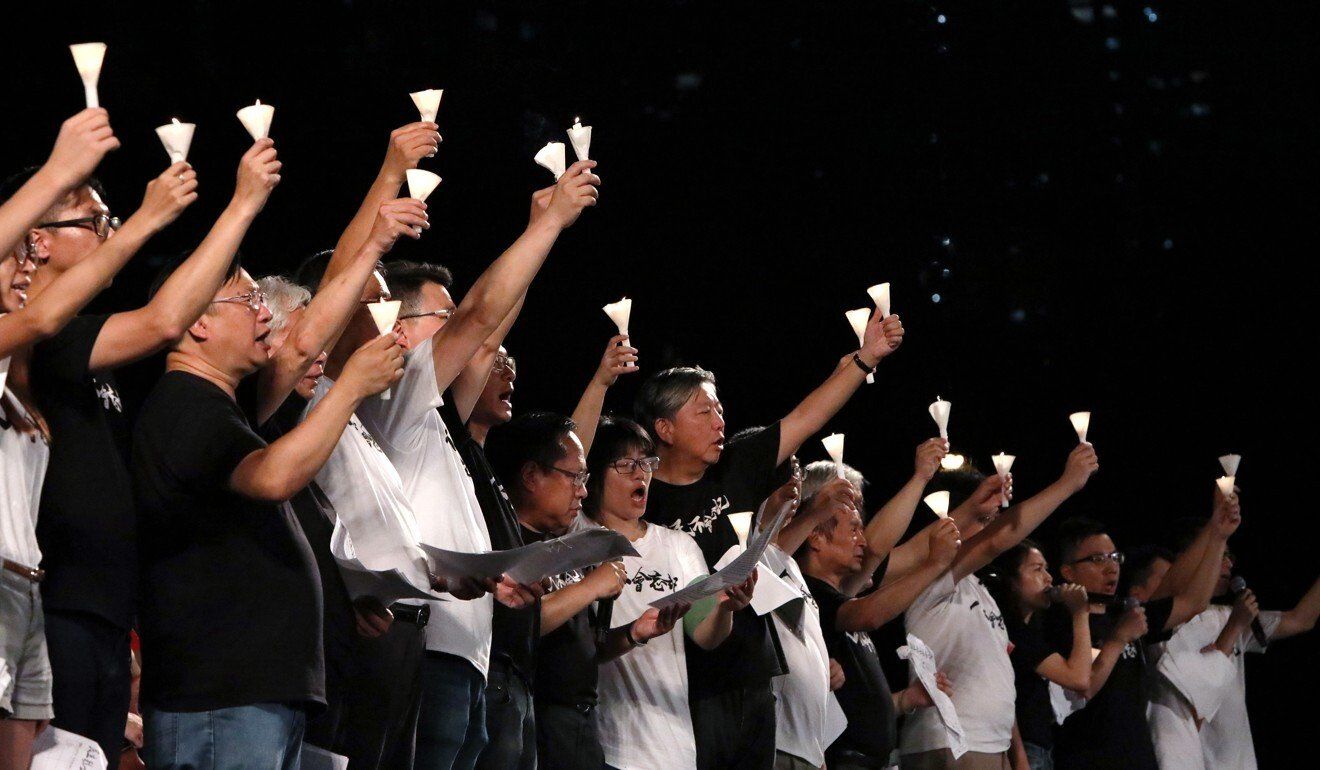 National security police issued a sternly worded statement in response, saying they were aware of “a group stating openly that it would not comply with the request as the law requires”.

Failure to comply could result in a fine of up to HK$100,000 (US$12,840) and six months behind bars, the statement warned, adding that those who provided “false, incorrect or incomplete” information faced the same fine and a jail term of up to two years.

“Police will take follow-up action in accordance with the law,” a spokesman said.

The Security Bureau issued a separate “solemn warning” about the seriousness of the crime of endangering national security.

“The damage is serious. Action must be taken to prevent and suppress the act,” a spokesman said. “To avoid bearing the legal risk, the organisation concerned should immediately turn back before it is too late.”

Beijing’s liaison office in the city accused the alliance of having “no fear of the law”.

“Since the day it was founded, the alliance included subverting state power and overthrowing the Communist Party’s rule as its political goals. In the name of democracy, it has opposed China and caused trouble in Hong Kong,” a spokesman said. “It didn’t show any remorse for what it did in the past, and chose to resist and refuse the police’s demand for information.”

National security police are investigating another opposition group, the 612 Humanitarian Relief Fund, which provides financial assistance to protesters charged over the 2019 social unrest.

A third group behind many of the city’s largest protests, the Civil Human Rights Front, has disbanded but is still under investigation. Police have cited a different legal provision in demanding the release of information from the group.

Under the national security law, the police commissioner can request a range of information from a suspected foreign agent or one with links to Taiwan.

In the alliance’s case, the information sought includes details and financial records connected to the group’s activities with the New School for Democracy, the Asia Democracy Network, the China Human Rights Lawyers Concern Group and other organisations funded by the US-based National Endowment for Democracy.

Chow on Sunday noted that police would normally have to provide any incriminating evidence they possessed and give an organisation the opportunity to defend itself, but the national security law had reversed the burden of proof and thrown out the right of the accused to remain silent.

The group was seeking legal advice as to whether to challenge police in court through a judicial review, she added.

Days before the police letters were issued, the alliance’s seven-member standing committee met to discuss its future and set in motion the protocol for disbanding in light of the political climate.

A source told the Post that the alliance’s decision not to comply with the request for information had been endorsed by a vote of three to two among the five standing committee members present.

“It was by no means a unanimous decision,” the source said.

Alliance chairman Lee Cheuk-yan and vice-chairman Albert Ho Chun-yan did not take part in the discussion about the police requests as both were currently in jail, although they voted in favour of the decision to disband the group through proxies, sources said.

Sunday’s press conference was held at the June 4 museum in Mong Kok, the alliance’s flagship venue showcasing exhibitions and memorabilia from the 1989 Tiananmen Square crackdown. Chow said if the group were to be disbanded, its largest asset would be the museum, which was recently prosecuted over licensing issues.

Chow also offered a rare glimpse of a rift among committee members who attended an earlier meeting. Some, she said, were mindful of “rumours and threats” that the alliance would face grave consequences if it did not dissolve.

“But some of us also think we should not dissolve the group and spread fear,” Chow said.

On a realistic note, she added, many of the group’s core members could also end up in jail by November.