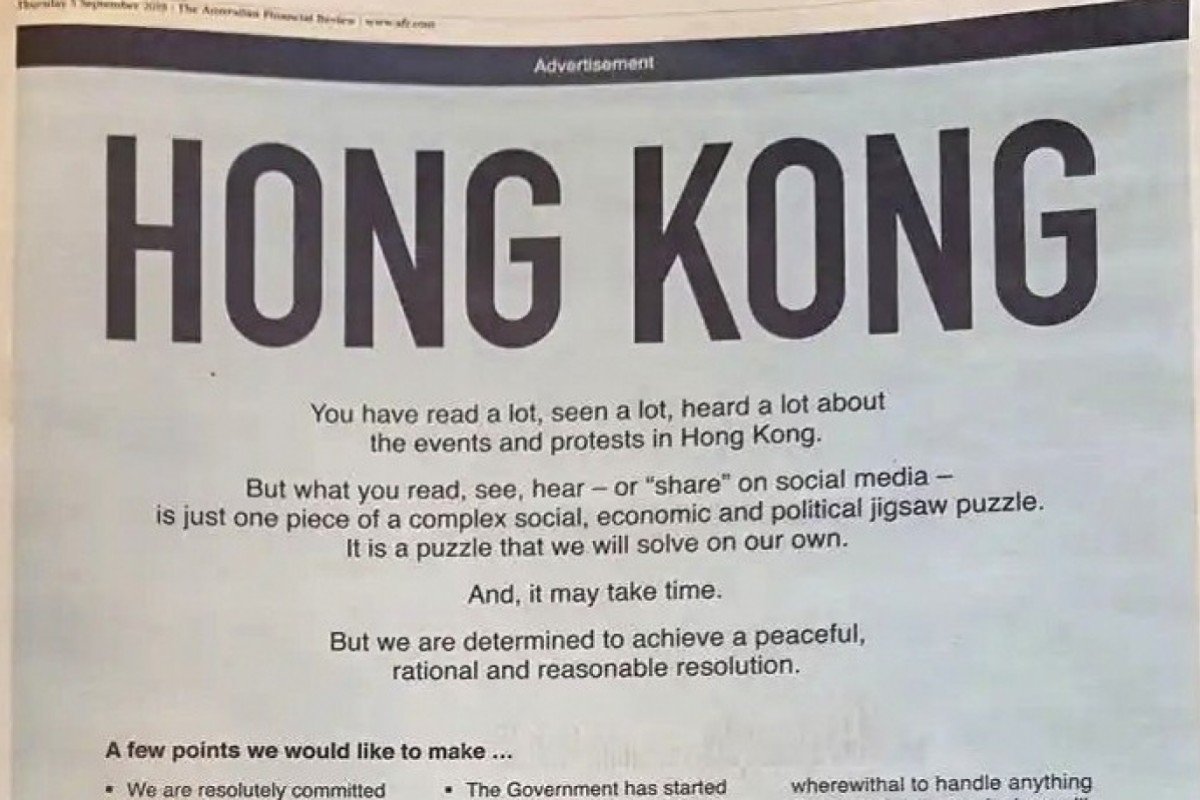 Hong Kong’s government has taken out an advertisement overseas as it seeks to reassure investors the city is stable and the economy is strong.

A full-page advertisement attributed to the government appeared in Thursday’s edition of the Australian Financial Review, a publication aimed at the business community.

“You have read a lot, seen a lot, heard a lot about the events and protests in Hong Kong,” it starts. “But what you read, see, hear -- or ‘share’ on social media -- is just one piece of a complex social, economic and political jigsaw puzzle. It is a puzzle that we will solve on our own. And, it may take time.”

The ad points out that Hong Kong’s government is committed to “One Country, Two Systems”, has a tradition of peaceful protest, but rejects the use of violence.

“Despite recent disruptions, the fundamentals and institutional underpinning of our economy and society are strong,” the advertisement reads. “We remain a safe, open, welcoming and cosmopolitan society and an internationally connected, vibrant and dynamic economy. We will no doubt bounce back. We always do.”

Hong Kong has been gripped by the worst unrest since the former colony’s return to Chinese rule in 1997, sparked by proposed legislation to allow extraditions to mainland China. Protests have disrupted the global financial hub’s streets, subways and airport, resulting in more than 1,100 arrests. In a bid to quell three months of violence, the city’s Chief Executive Carrie Lam on Wednesday formally withdrew the extradition bill.

Australia hosts a large Chinese diaspora, which has become engaged in the debate over Hong Kong’s future. Rallies have been held in major cities such as Sydney and Melbourne as well as on university campuses, with tensions high between supporters of the mainland government and pro-Hong Kong democracy campaigners who have taken out their own newspaper ads in recent weeks. 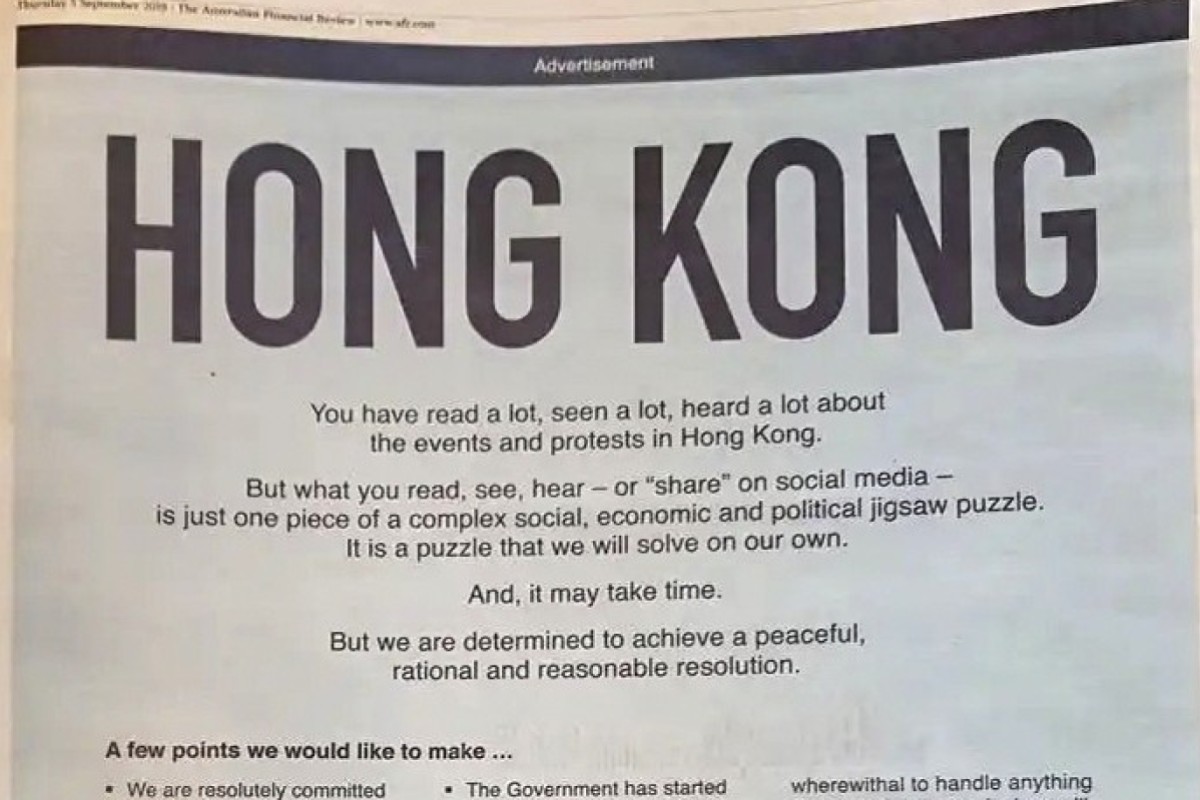