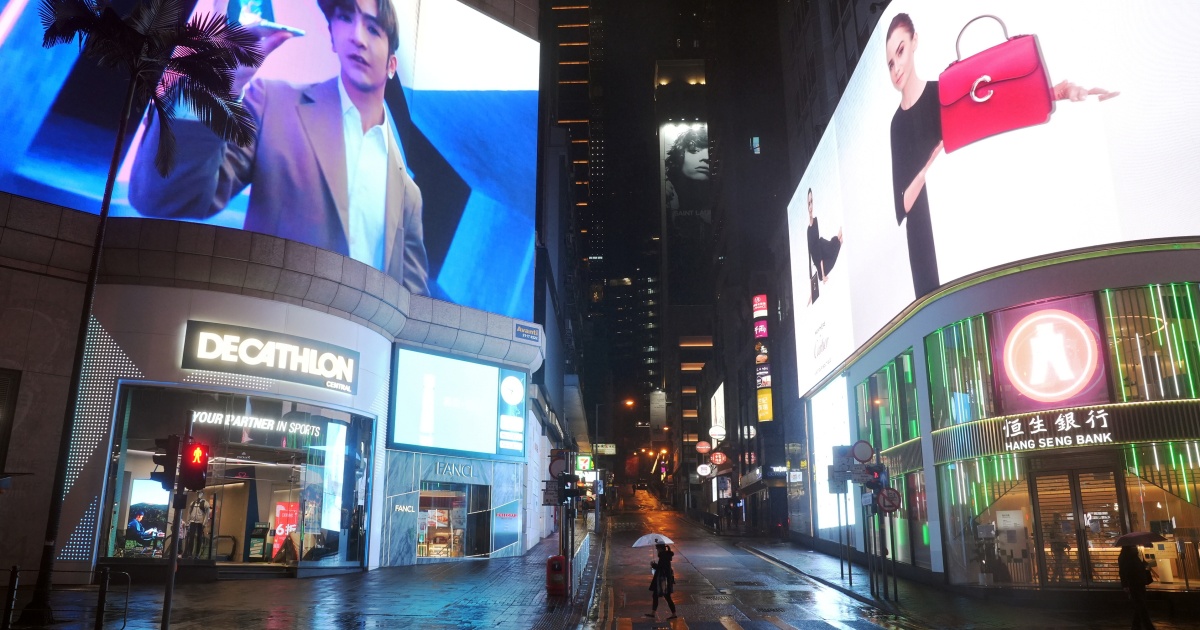 Economy shrinks 4 percent in the January-to-March period from a year earlier, according to advance estimates.
Hong Kong’s economy contracted last quarter for the first time in more than a year as local restrictions to curb Covid hit activity and China’s own omicron outbreak disrupted trade.

Gross domestic product fell 4% in the January-to-March period from a year earlier, according to advance estimates released by the government on Tuesday. The number — Hong Kong’s first since the end of 2020 — was far worse than a median estimate of a 1.3% contraction in a Bloomberg survey. It was also the biggest contraction since the third quarter of 2020.

The city faced “immense pressure” in the first quarter of 2022, a government spokesperson was quoted as saying in a release from the Census and Statistics Department accompanying the data. The city’s fifth coronavirus wave, along with moderating global demand growth and “epidemic-induced cross boundary transportation disruptions,” all dragged on the economy, the person said.

Ahead of the data, there were signs of deep economic damage in the first three months of the year, with retail sales collapsing more than 14% in February and exports plunging 8.9% in March. The city imposed strict social restrictions during the quarter — including a ban on dining-in after 6 p.m. and closing gyms and beauty salons — to battle a coronavirus wave that killed thousands and infected more than 1 million people.

“This shows how private consumption, retail sales and the pandemic in China have hit growth,” said Samuel Tse, an economist at DBS Group Holdings Ltd in Hong Kong. Tse had forecast a 1.2% contraction because of a low base of comparison with the first quarter of last year.

The Asian finance hub is now slowly starting to reopen, meaning the first-quarter slump could mark the low point in the growth cycle. On Tuesday, the government accelerated reopening plans, and will on Thursday allow eight people to eat together, up from four previously, along with other easing measures. Two weeks later, dining-in hours will be extended from 10 p.m. until midnight, Chief Executive Carrie Lam said at a briefing.

However, much will depend on China’s own outbreak and Covid controls, which have made it difficult to transport goods to and from the mainland. Exports from Hong Kong to China dropped 12.8% in March from a year ago, according to official figures.

Trade disruptions from China and weak external demand may linger for at least the next month, Tse said, adding that he expects another contraction in the second quarter.
#Coronavirus  #Covid
Add Comment