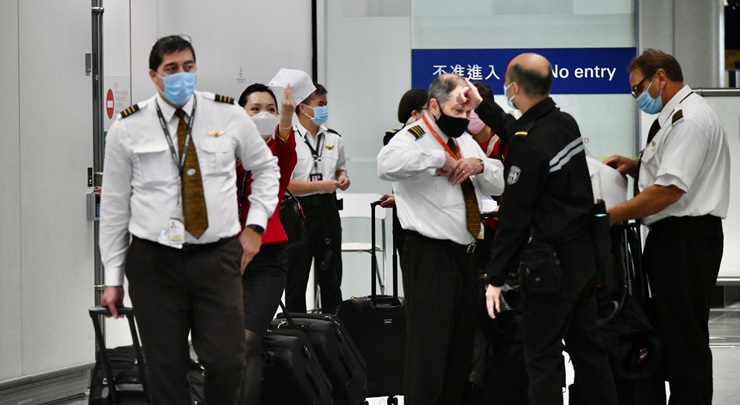 Hong Kong authorities have further tightened regulations over air cargo crew members, subjecting them to seven days of hotel quarantine instead of three days before they start home isolation.
The SAR government announced on Friday that, starting Saturday, all air cargo crew members who have stayed in overseas countries or in Taiwan will have to spend seven days in hotel quarantine before a period of medical surveillance along with frequent Covid tests.

As a contingency plan, the government will approve and support the operation of more charter cargo flights, and urged local airlines to enhance their management of closed-loop operation and implement measures to alleviate disruptions on capacity, so as to minimize the impact on Hong Kong as far as possible.

Meanwhile, the government expresses deep regret over non-compliance by individual air crew members, and has directed the airline concerned to follow up seriously.

“The government has also urged the airline to take effective measures to ensure its air crew strictly comply with the relevant requirements under the anti-epidemic measures so as to prevent recurrence of contraventions,” said a government spokesman.

“Air cargo crew are subject to medical surveillance and those who contravene the conditions in the Notification of Medical Surveillance may be in violation of the Prevention and Control of Disease Regulation,” the spokesman added.
#Covid
Add Comment