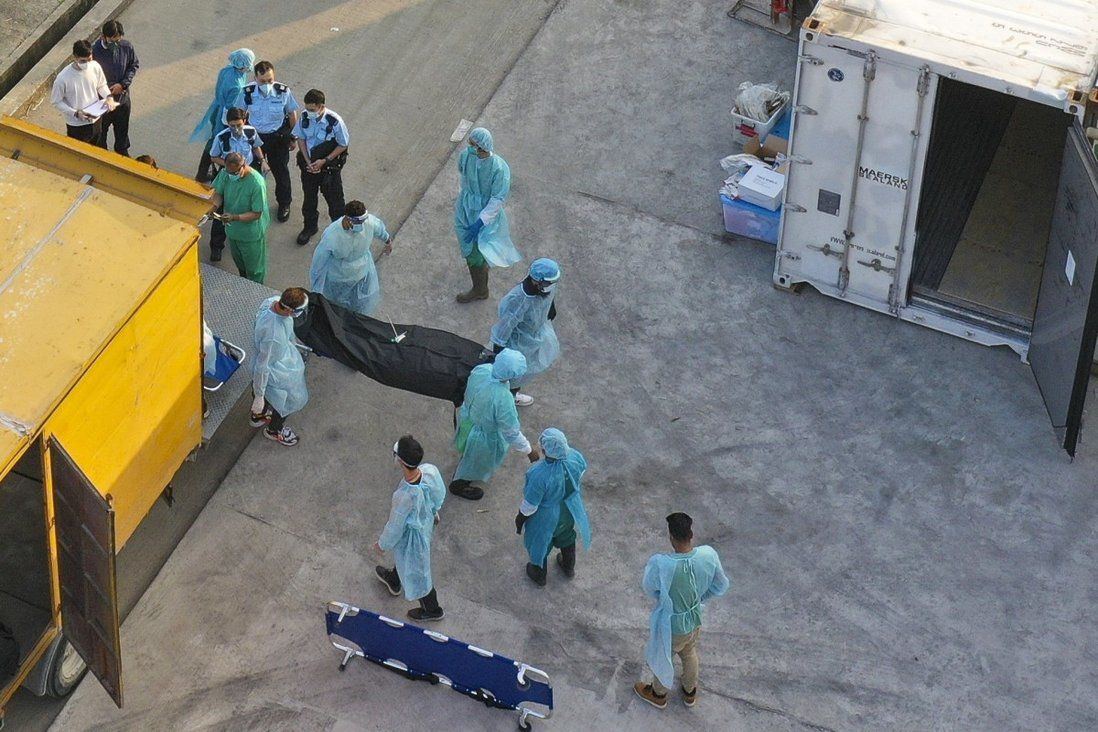 Kwok Hoi-bong, chairman of the Funeral Business Association industry group, says the government has to do more to resolve bottlenecks.

Funeral homes are fully booked until mid-April amid Hong Kong’s rising Covid-19 death toll, with the suspension of simple farewell ceremonies at hospitals and the long processing time of death documents worsening the bottleneck, according to operators.

The Hospital Authority, meanwhile, confirmed on Friday that online pictures showing a number of bagged bodies being placed next to patients in wards were taken earlier. It apologised for the stress caused to the patients and said the problem had been rectified.

Kwok Hoi-bong, chairman of the Funeral Business Association industry group, said the government had to do more to resolve bottlenecks.

“Even though the government has increased the capacity of cremation incinerators to between 260 and 280 corpses a day, it has not given thought to other areas,” he told a radio programme.

Kwok, who attended a meeting with government officials on Thursday, said funeral parlours were fully booked and most did not have slots available until mid- or late April. Only 121 funeral halls were available in the city, he said, but the average daily death toll had reached about 200.

He said the authority should allow simple funeral services to be performed at internal service halls at public hospitals for families to bid their final farewells. 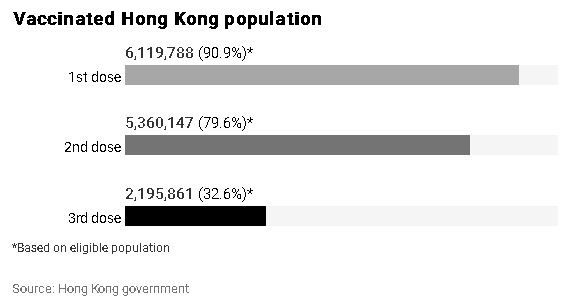 Twenty-four hospitals under the authority used to offer “farewell services” by providing a small room for relatives to hold simple memorial rites, and the bodies would then be taken directly to a crematorium or cemetery.

This could shorten funeral procedures, Kwok said, adding: “Some hospitals originally said yes, but no later on, which is another blow to the families.”

That meant some families would ask to wait a few days for services to be performed at funeral parlours, which had lengthy waiting times.

Another problem was the government’s failure to issue death certificates promptly, Kwok said. The average time taken had increased from three to four days to six to eight during the pandemic, he added.

Leung Pak-wai, manager of Kowloon Funeral Parlour in Tai Kok Tsui, said some family members preferred using the farewell service at hospitals as it was too risky to hold a formal ceremony and few people would now turn up during the coronavirus outbreak.

He agreed the long waiting times for death documents had added to the problem, with one of his clients having waited for 10 days.

Leung added the delay would have a domino effect on all subsequent arrangements, with the bodies being kept longer at already overwhelmed mortuaries.

Apart from the hospitals, Leung said his clients also needed to secure death certificates and cremation orders from the relevant departments.

“We used to obtain documents in half an hour but now we needed to wait for as long as seven hours,” Leung said.

“It seems to me that the bottlenecks are mainly caused by administrative procedures and work, but not medical or technical problems,” he said.

An authority spokesman said some hospitals had set up temporary storage zones for bodies and increased manpower to handle them.

He added hospitals issued documents two to three days after the patient’s death, except for cases that needed to be referred to the coroner or undergo autopsies.

A spokesman for the Department of Health said it had deployed extra manpower and extended work hours to cope with the rising workload. 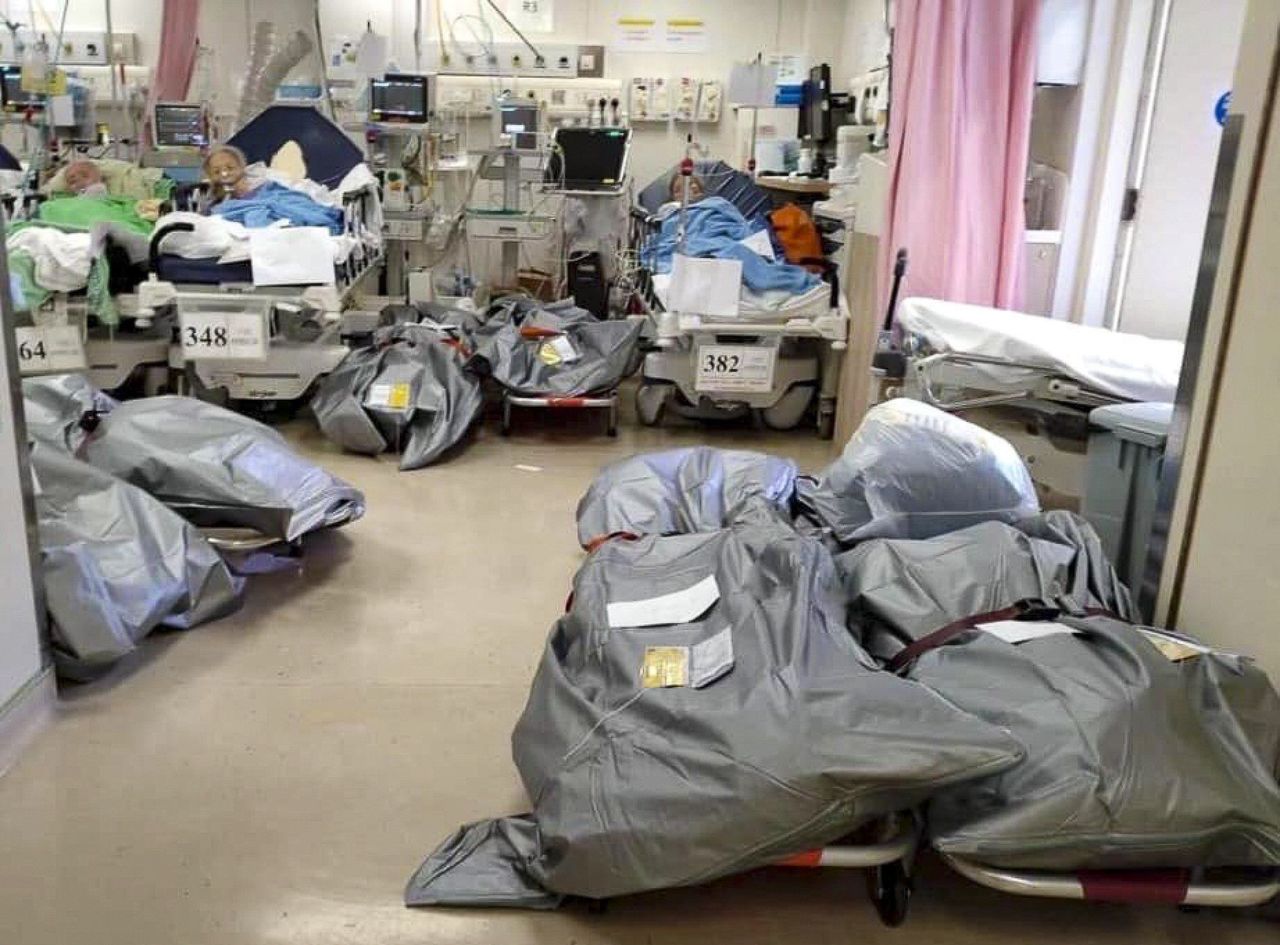 Commenting on online pictures showing bagged bodies being kept at hospital wards with patients, she said the authority would adhere to the principle of respecting the dead.

“The photos were taken earlier, and the situation has been rectified,” Ho said. “The authority is facing an unprecedented challenge … we are very sorry about bringing distress to patients.

“Our colleagues are also very unhappy about the situation. We hope everyone understands.”