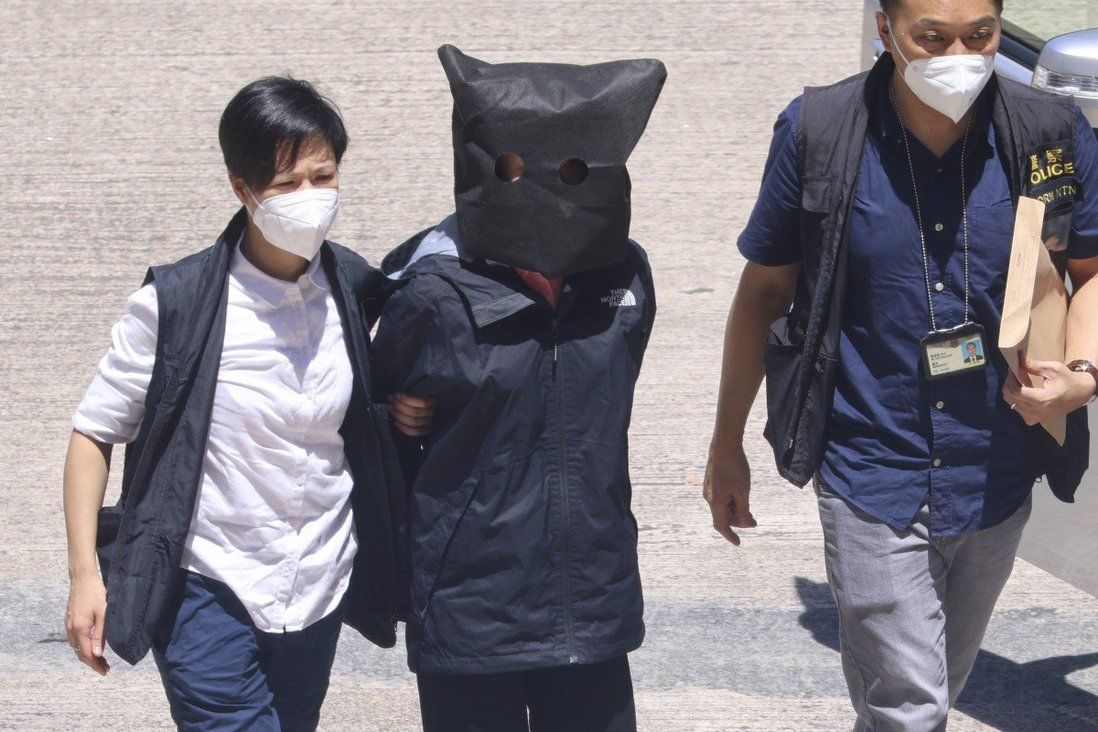 Mainland Chinese authorities hand over Quinn Moon to local law enforcement at border control point on Monday morning.
A Hong Kong woman who was among 12 fugitives captured by the Chinese coastguard whilst attempting to flee to Taiwan in 2020 was sent back to the city on Monday after she was jailed on the mainland for about two years.

Mainland Chinese authorities handed over Quinn Moon, 35, to local law enforcement at a border control point in the morning, before officers took her to Tin Shui Wai Police Station.

Wearing a black jacket and trousers, a hooded and handcuffed Quinn was seen at 11.45am leaving an unmarked police car and being escorted into the station.

The fugitive was being held for questioning by police as of Monday afternoon, with detectives from the force’s New Territories North regional crime unit investigating allegations of bomb-making linked to the 2019 social unrest.

Quinn was the only woman among the 12 fugitives arrested by mainland authorities when they attempted to flee to Taiwan via boat on August 23, 2020. All 12 were wanted in connection with offences that occurred during the anti-government protests.

Fellow fugitive Tang Kai-yin is the last member of the group to be still imprisoned over the border for his role in organising the illegal crossing.

A Facebook post by Tang’s brother quoted Quinn’s family as saying she was in good spirits and that they had arranged a lawyer for her. It added the family would like to say thanks for all the support and encouragement they had received over the past two years.

The post also said the family had no plan to launch a crowdfunding campaign and would update the public on Facebook.

It said Tang, currently in Conghua Prison in Guangzhou, was expected to be returned to Hong Kong in August next year.
#Facebook
Add Comment