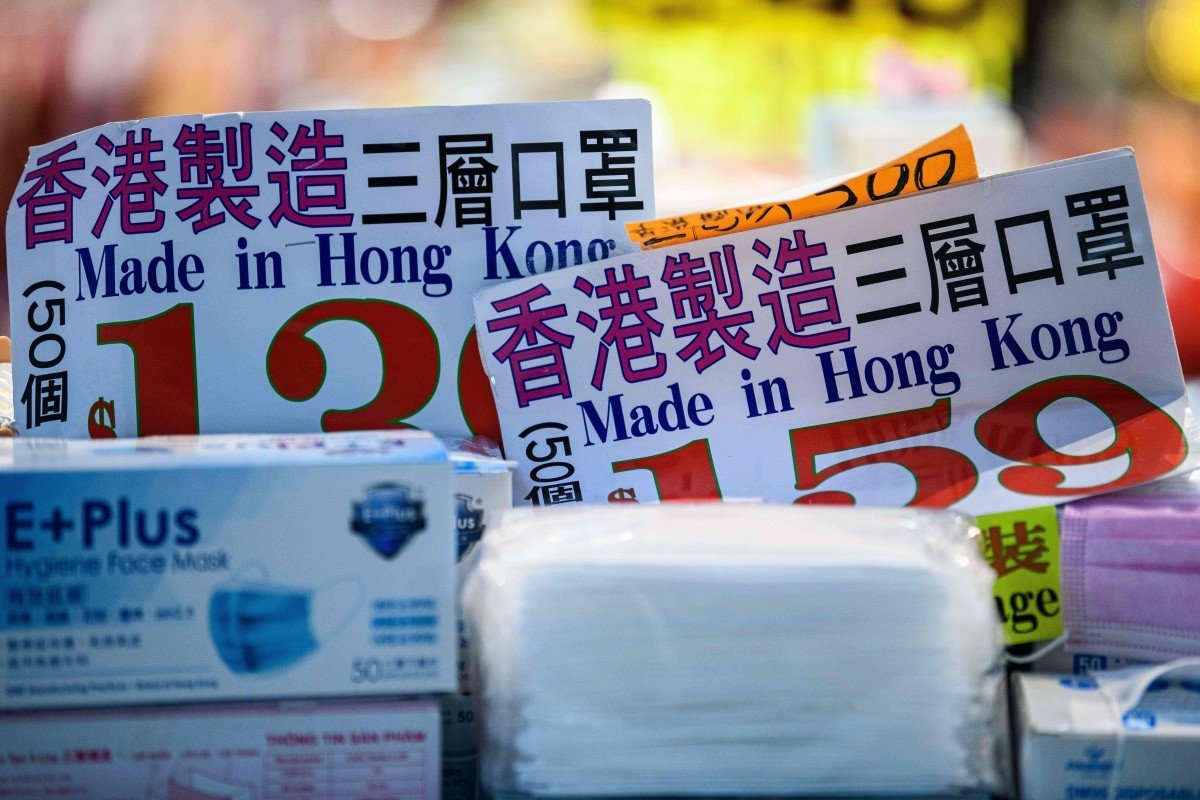 Hong Kong has formally written Washington demanding it drop new regulations requiring locally made products exported to the US to be labelled “Made In China”, saying the city could take the matter to the World Trade Organisation.

Secretary for Commerce and Economic Development Edward Yau Tang-wah reiterated on Wednesday that the sanctions were unreasonable and said he had asked the US consulate in Hong Kong to convey a letter to trade representative Robert Lighthizer making clear the city’s opposition to the move, announced in August.

Yau also said he instructed the city’s trade offices in the United States and representatives at the WTO in Geneva to convey the same message to the American side.

“Depending on the response, we reserve our right to take the matter forward, including the dispute-settlement mechanism under the WTO,” Yau told a press conference.

“The basic reason for Hong Kong’s action is that such a requirement on origin marking is contrary to WTO regulations, and also it infringes Hong Kong’s rights as a separate customs territory and our rights under the WTO, so we take issue with that.”

Hong Kong is an independent member of the global trade body. 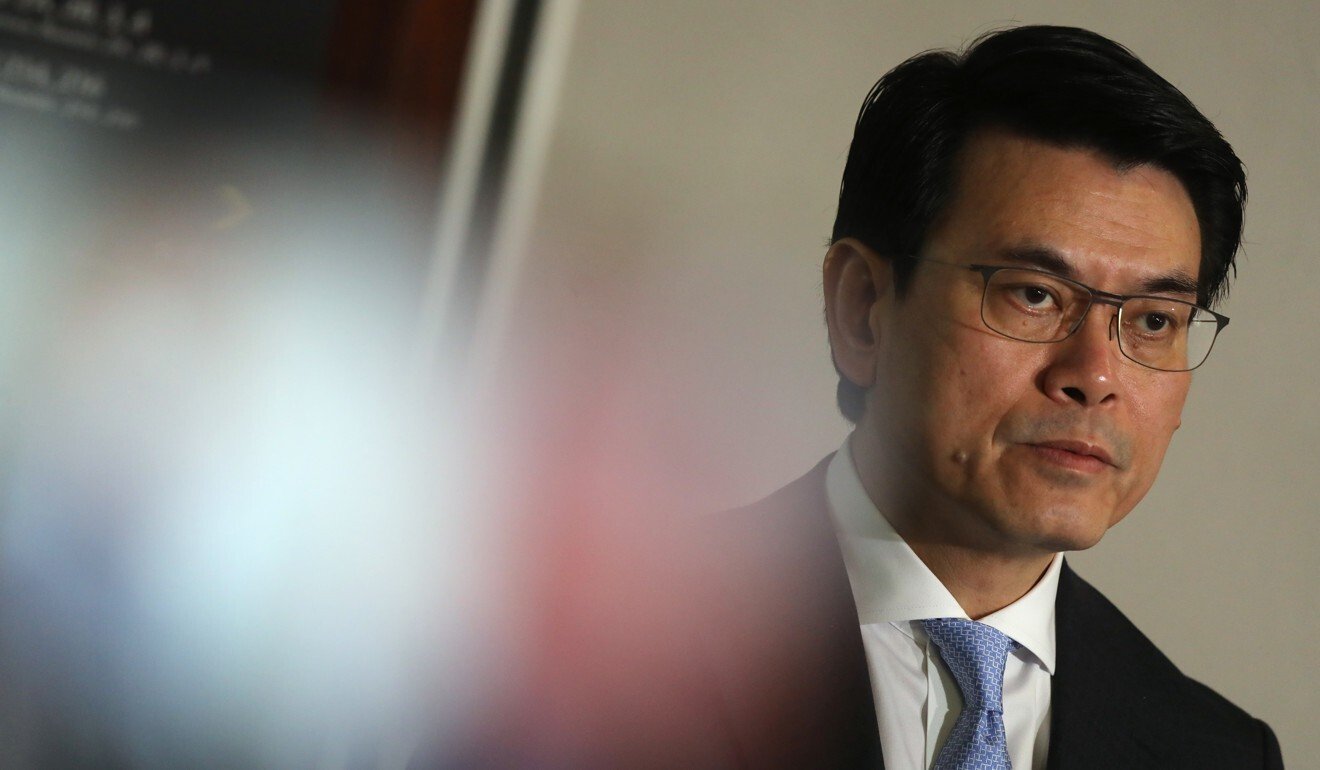 Commerce secretary Edward Yau on Wednesday said he sent a letter to the US.

On Tuesday, the WTO upheld a complaint by China, saying the United States had broken global regulations when it imposed tariffs on Chinese goods in 2018 and recommending the US bring its measures into conformity with its obligations. Washington has 60 days to lodge an appeal.

Asked why it had taken over a month to send a formal letter to the US, Yau said the request was part of a process Hong Kong had started after Washington announced the rule on August 11.

“The Hong Kong government made it crystal clear [from day one] that we strongly object to this practice,” he said, adding the city needed to prepare and learn more about the requirement.

Yau said there was no time frame for lodging a case with the WTO, but warned that Hong Kong had a game plan to take further action against the US.

On the chance of success, Yau said: “It’s an issue of principle, as well as in Hong Kong’s interest and the business sector’s interest.

“It’s also about Hong Kong’s status as a WTO member. If one side imposes unreasonable measures against another member, it has implications for all WTO members.”

Yau last month said the government was exploring alternatives to get around the new rules, citing as an example the possibility of using the label “Made in Hong Kong, China”.

As part of US President Donald Trump’s executive order terminating the special treatment the city enjoyed under the Hong Kong Policy Act of 1992, his administration last month stipulated local exporters had to relabel locally produced goods as “Made in China”.

The move was a response to Beijing’s June 30 imposition on Hong Kong of a sweeping national security law, which targets acts of secession, subversion, terrorism and collusion with foreign elements.

Earlier this week, the US State Department issued a travel advisory, warning citizens of the risk of arbitrary “police and security power” in Hong Kong and urging Americans to reconsider travel to the city.

The Hong Kong government’s plan to take the case to the WTO received general support, although most agreed it would be unlikely to stop the new labelling rule in time.

Legislator Felix Chung Kwok-pan, leader of the pro-business Liberal Party, said: “In a sense, you can say it is only a window-dressing move.

“But it is a step that Hong Kong must take, to save our international image as well as safeguard our rights as a separate customs territory and an independent WTO member.”

The Chinese Manufacturers’ Association of Hong Kong said it supported the government’s move. It said the US labelling rules would create more red tape for customs clearance but have little impact on the Hong Kong economy.

Economist Professor Francis Lui Ting-ming, of the University of Science and Technology, said: “If Hong Kong believes in rules-based institutions, then it has a duty to file complaints against countries that violate the rules.”

The enforcement deadline was originally set for September 25, but was later extended to November 9 to give companies more time to prepare.

The new rules, however, do not affect the status of products’ place of origin, meaning goods made in Hong Kong are not subject to the same punitive tariffs the US has imposed on Chinese goods during the trade war that has raged since the summer of 2018.

The US is the second-largest destination for Hong Kong-made shipments, accounting for 7.7 per cent of the city’s total domestic exports in 2019, with the mainland being the biggest destination.

In 2019, Hong Kong exported US$471 million worth of locally produced goods to the US, most of which were jewellery, food, electronic goods and appliances.

Those shipments, however, accounted for just 0.1 per cent of the city’s total exports.

Yau on Wednesday acknowledged the export of Hong Kong-made products to the US made up a small percentage of the total, but added: “For some enterprises, if they rely much on the US market, the impact can be big. We believe in free society and rules-based systems and international trade agreements. [WTO] members, no matter how small or strong, should be respected.”

The city’s roots in manufacturing run deep, with the made-in-Hong Kong label once a familiar sight around the world on everything from toys to cheap electronics. But with China’s open-door policy in the late 1970s, factories began shifting across the border, lured by cheap labour.

Hong Kong in turn began to focus on service industries, setting down a path that would eventually transform the city into a global financial hub.