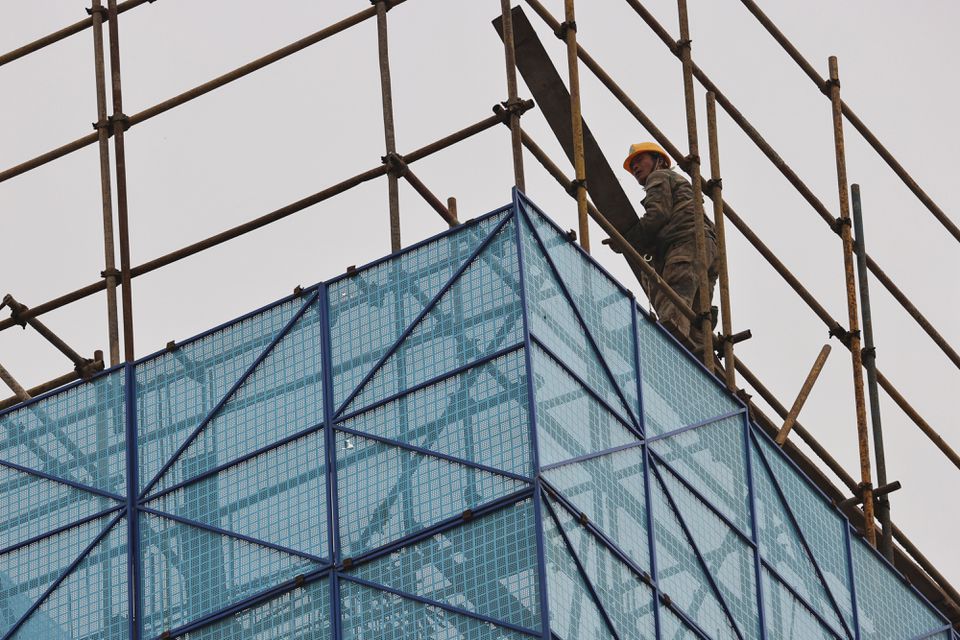 After years of expansion in Hong Kong, cash-strapped Chinese developers are reducing their presence in one of the world's most expensive property markets, allowing firms in the financial hub to scoop up some of their assets at distressed prices.
Developers including China Evergrande Group struggling under billions of dollars in debt, have sold some assets in recent months to Hong Kong developers to help ease liquidity stress back home.

There's more to come - Aoyuan Group, which this week extended the redemption date of onshore asset-backed securities, is trying to offload more Hong Kong properties to raise capital, two sources with knowledge of the matter said.

Aoyuan is planning to sell a redeveloped office building in Kwai Chung in eastern Hong Kong, and the bidders will likely be local investors or family offices, said the sources, declining to be named as the information is confidential.

The deal is expected to be sold at less than what Aoyuan paid for it, the sources added. Aoyuan bought the building for HK$950 million (US$121.83 million) in 2018, and property agents estimate its current valuation at less than HK$800 million.

This will follow a deal in mid-November, when Aoyuan sold some assets in a residential development in the Mid-Levels to a Hong Kong investor at a loss of HK$177 million.

The trend will help Hong Kong property tycoons to further boost their dominance in the Chinese-controlled territory.

Once deep-pocketed Chinese developers had moved aggressively into Hong Kong, outbidding their cross-border rivals for prime sites in the city as they searched for investment opportunities outside the mainland.

But now those developers are facing an unprecedented cash crunch due to regulatory curbs as Beijing tries to reduce leverage in the sector, causing some to miss bond and wealth management product payments.

Some builders have resorted to selling their assets to meet near-term repayment obligations.

"It's a reversal of the trend," said Reeves Yan, CBRE head of capital markets in Hong Kong. "Chinese developers with liquidity crunch are now selling, and it is expected that there will be more selling in the next few months (in Hong Kong)."

Evergrande, which is grappling with more than US$300 billion in liabilities, has transferred unsold units worth HK$2 billion in a residential development to its joint-venture partner VMS Group, a Hong Kong financial company, a separate source told Reuters.

So far this year, taking into account only government land sales and not private ones between developers, only one Chinese property firm was involved in a land purchase worth HK$7.3 billion, which it jointly invested in with four Hong Kong peers.

That compared with a total of HK$39 billion spent last year and a record of HK$58 billion in 2017, according to data compiled by CBRE.

Some financially stronger Chinese developers are, however, still active in the market, sector observers said.

In the city's last residential land auction in October, state-owned China Overseas Land was the only Chinese company among the sixteen bidders, though it did not win.