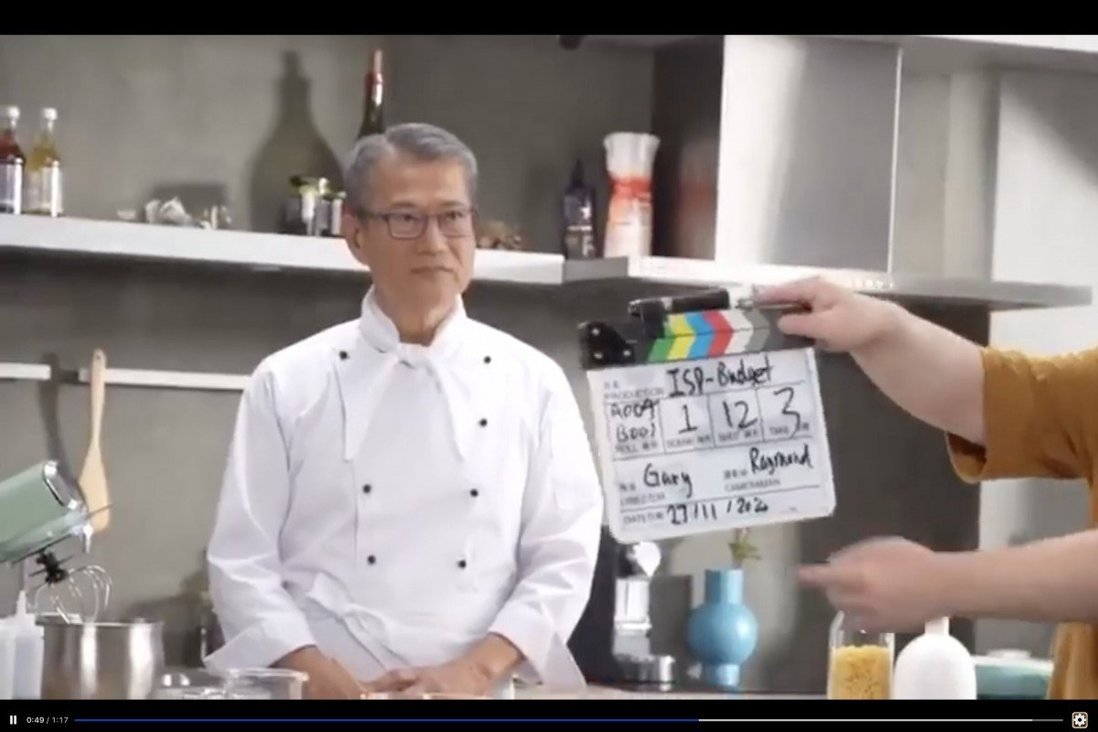 Financial secretary warns of possible rise in unemployment if fourth wave of coronavirus not brought under control.

Hong Kong’s next budget would be in the red again following its highest deficit on record this year amid the coronavirus pandemic, the city’s financial chief warned on Sunday.

Financial Secretary Paul Chan Mo-po also said the city’s unemployment rate – which marginally declined to 6.3 per cent last month – could rise again in the coming months if the raging fourth wave of Covid-19 infections was not promptly contained.

The fresh warnings from Chan about the dire financial situation came on the same day the government officially launched the public consultation exercise for the annual budget, which will be delivered on February 24.

“The government this year has faced an unprecedented budget deficit of HK$300 billion (US$38.7 billion) and it is estimated that the budget next year would inevitably be in the red,” Chan wrote in his weekly blog on Sunday. “It is a huge challenge.”

Chan also dressed up as a chef in a promotional video as he urged members of the public to take part in the consultation. “How can I cook to your taste when I don’t know what’s on your mind?” he said.

Some of the key goals in drafting the budget, he said, were to introduce a raft of policies to support residents most severely hit by the pandemic, maintain the city’s economic vitality, and also plan ahead for post-pandemic economic recovery.

A source familiar with the budget said the government was considering how it could reduce expenditure while increasing revenue in the face of the huge financial deficit, including reviewing how many sweeteners should be given out. In one of the consultation sessions, questions such as to whether Hongkongers should still be given a universal cash handout, or whether tax rebates should be lowered, were raised.

The source said while the administration believed the city should further strengthen the IPO market, which attracts overseas enterprises to be listed in Hong Kong, the development of the city’s technology zone in Lok Ma Chau loop should also be sped up to attract more IT and financial businesses to develop and invest in new technology.

The zone’s development was highlighted as a key project by Chinese President Xi Jinping in his speech on the 40th anniversary of the establishment of Shenzhen’s special economic zone.

Chan also noted that the latest social-distancing measures– which limit gatherings to no more than two people, ban dining-in at restaurants after 6pm, and have seen gyms and beauty parlours ordered to close again – dealt a huge blow to businesses that had counted on the Christmas holiday to regain lost revenue. 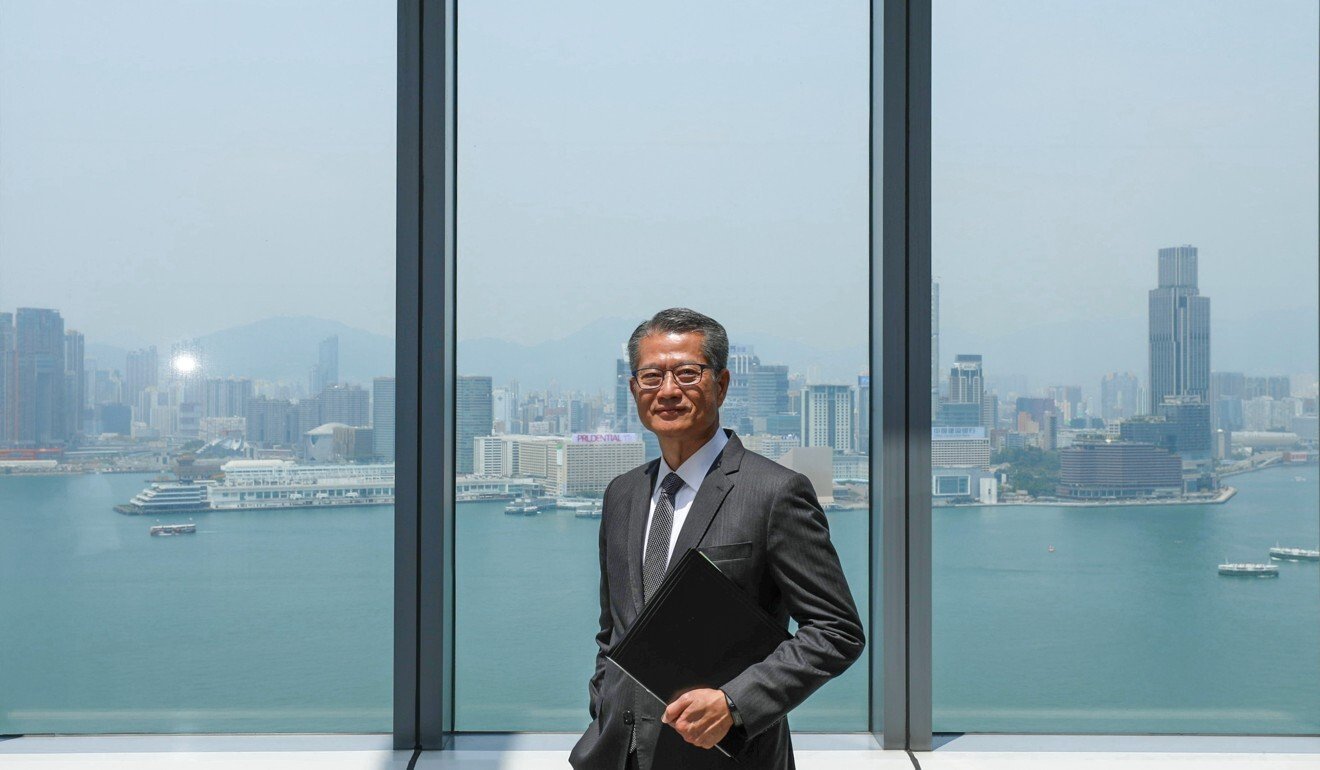 Paul Chan acknowledged that the last round of financial aid might not be enough for struggling businesses.

He acknowledged the fact that the latest round of financial aid, totalling HK$6.4 billion (US$826 million), might still not be enough for businesses which had been struggling to remain afloat.

Under the scheme, a total of HK$5.5 billion would be distributed through 19 subsidy schemes targeting companies operating in the entertainment, catering and education sectors, as well as beauty and massage parlours – all of which were hit by tougher social-distancing rules – with the remaining HK$900 million set aside for emergency use.

“Although the subsidy has doubled the amount that was injected [into the anti-epidemic fund] in September, it is still a drop in the bucket for those sectors that have been struggling for a long time,” he said. “It could at most be a temporary relief, but would not be a long-term solution to the root of the problem.”

What the businesses truly needed was for social-distancing measures and border controls to be lifted, Chan said, adding the government would strive to contain the pandemic.

The Legislative Council’s Finance Committee was expected to scrutinise the funding proposal for the latest round of financial aid on Monday.

Reintroducing the scheme was the best way to lend a helping hand to hard-hit businesses not covered by the latest round of relief measures, he said.

Leung suggested the administration offer wage subsidies to businesses with conditions attached, after considering their turnover. He believed that would help minimise wastage of resources.

The Hong Kong government earlier made it clear there would not be any further wage subsidies for businesses under the Employment Support Scheme (ESS), saying public money would be spent on other forms of assistance that focused on the industries most affected by the pandemic.

Economist Mo Pak-hung, of Baptist University, agreed the best way to get Hong Kong out of the recession was to get the pandemic under control.

“This is the only way to resume normal business activities, investment and consumption,” he said. “Land premiums may then rise, which in turn would boost the government’s revenue.”

He stressed the government should also reform the tax system and resolve the city’s deep-rooted divisions in the long run.

Mo said he hoped the city’s economy would recover next year when coronavirus vaccines were ready.

Professor Terence Chong Tai-leung, economist at Chinese University, said the government might consider another pay freeze for the city’s 180,000 civil servants next year, as their salaries made up a significant portion of its recurrent expenditure.

He also suggested the government raise the stamp duty for share transfers to broaden its sources of income, adding it was a relatively painless option and would face less public outcry.

Most of the share transactions in Hong Kong involved funds, he said, which meant the stamp duty was largely paid by outsiders rather than locals.

Chong expected that most of the relief measures rolled out in previous budgets would remain. But he said the administration would have little capacity to offer universal cash handouts to Hongkongers.